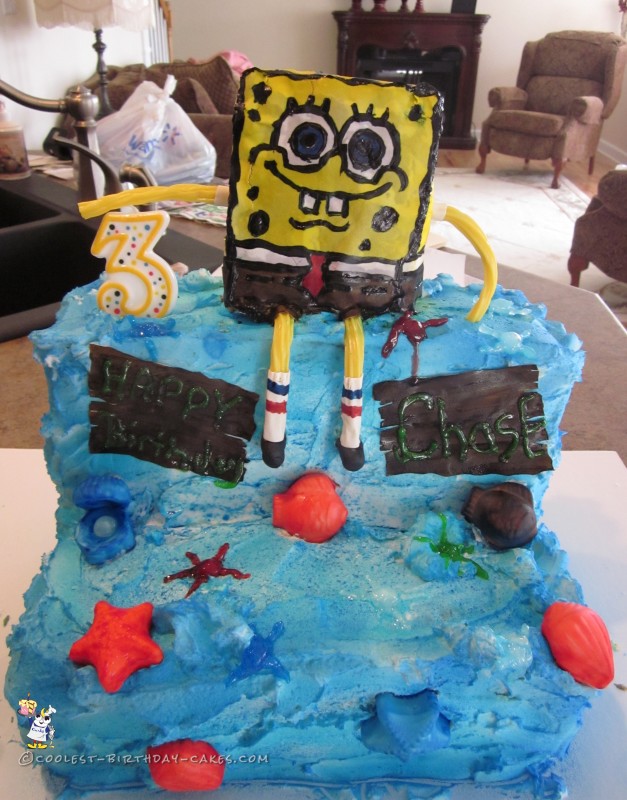 I made this Spongebob  Squarepants cake for my son’s 3rd birthday.

Who lives in a Pineapple under the sea? Spongebob Squarepants!

After having to listened to this song 24/7, my son wanted his 3rd birthday to be all about Spongebob.

For his party, I dressed my son in a shirt and hat made like Spongebob and all of the food was labeled as Spongebob characters like Planktons for the hot dogs.