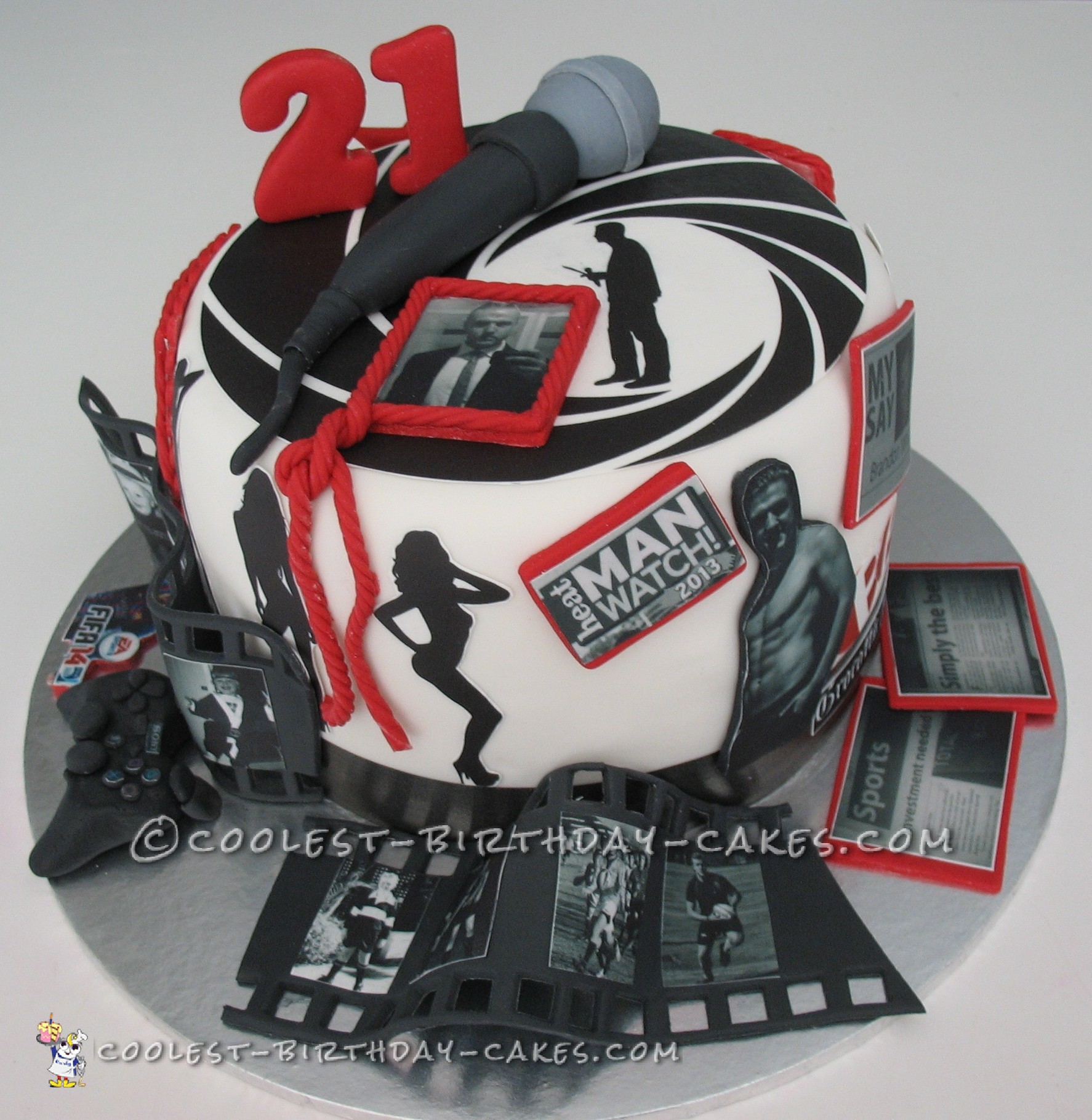 This young man’s mom asked me to fashion a cake on his life. It is a 21st birthday cake and she wanted to highlight all his interests and achievements.

This is how she described him:

I took the famous Bond shutter image, edited out the Bond figure and replaced it with a guy with a mic and page. I “framed” all his current photos and placed them around the cake, also his newspaper articles when he made 2nd page. I also added a portion of his regular column. The edible silhouettes of the sexy ladies are to show his “Casanova” side. There are about 8 of them, all around the cake. My son made the little Playstation control, which he was crazy about when he saw his cake!

As she mentioned, the mic was significant, so I made a big mic figurine. The colors were also important – she wanted the red, white and black. I used four of his pics from when he was little, all different superhero phases and placed them on the film strips, which is rolled fondant with the side cut out with a square plunger cutter. Then I made another strip with his rugby photos, one from junior school and three from his varsity days.

I was an exciting cake to make. This type is fast becoming popular and I am  getting more and more requests from my friends and their friends to make personalized cakes like this. This one is a 20cm chocolate cake with chocolate butter cream and it has three layers of cake inside to give it extra height.