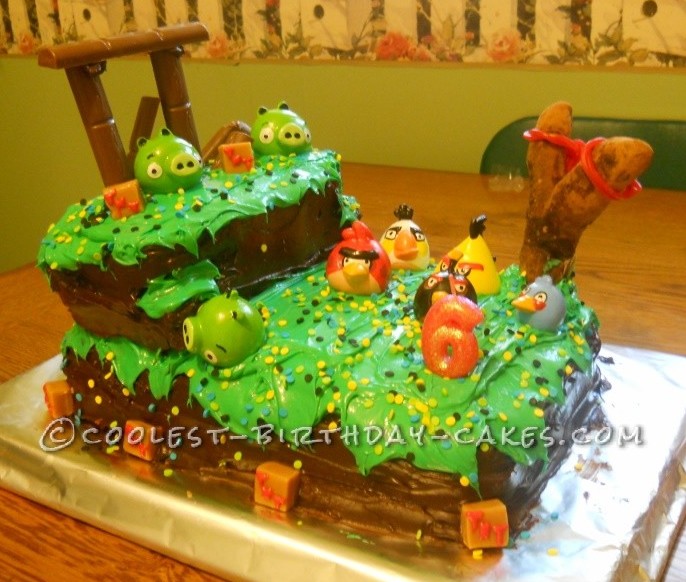 My son was turning 6 years old. He was totally into Angry Birds and wanted an Angry Birds party. So,  I started wracking my brain as to how the heck I was going to decorate an Angry Birds birthday cake.

Once I had the basic shape down, I had to come up with the actual bird ideas.  We cheated a little and made ceramic birds, so he would have a little keepsake from the day.  The piggy structure was made from Kit Kat type candy and the TNT boxes are individual caramels with TNT piped on with piping gel.

I think making the sling shot was the hardest part.  I went through idea after idea throwing each one out before we finally stumbled upon something that worked.  We used frozen breadstick dough and fashioned it into the basic slingshot shape.  After baking we rolled the slingshot in cocoa powder to give it the brown color and tied licorice whips to the  “Y” for the sling.

All in all the cake turned out great and my son had a party to remember. 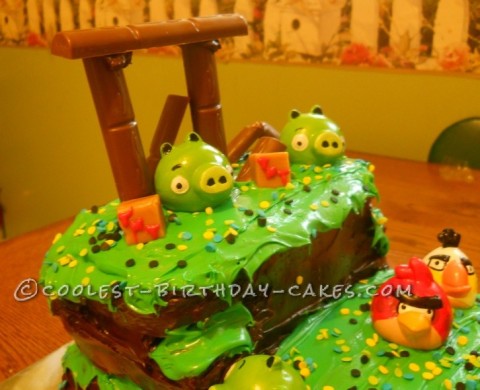 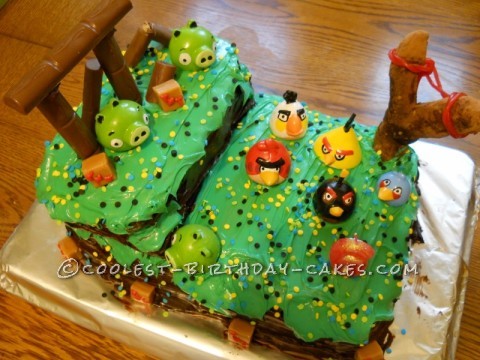