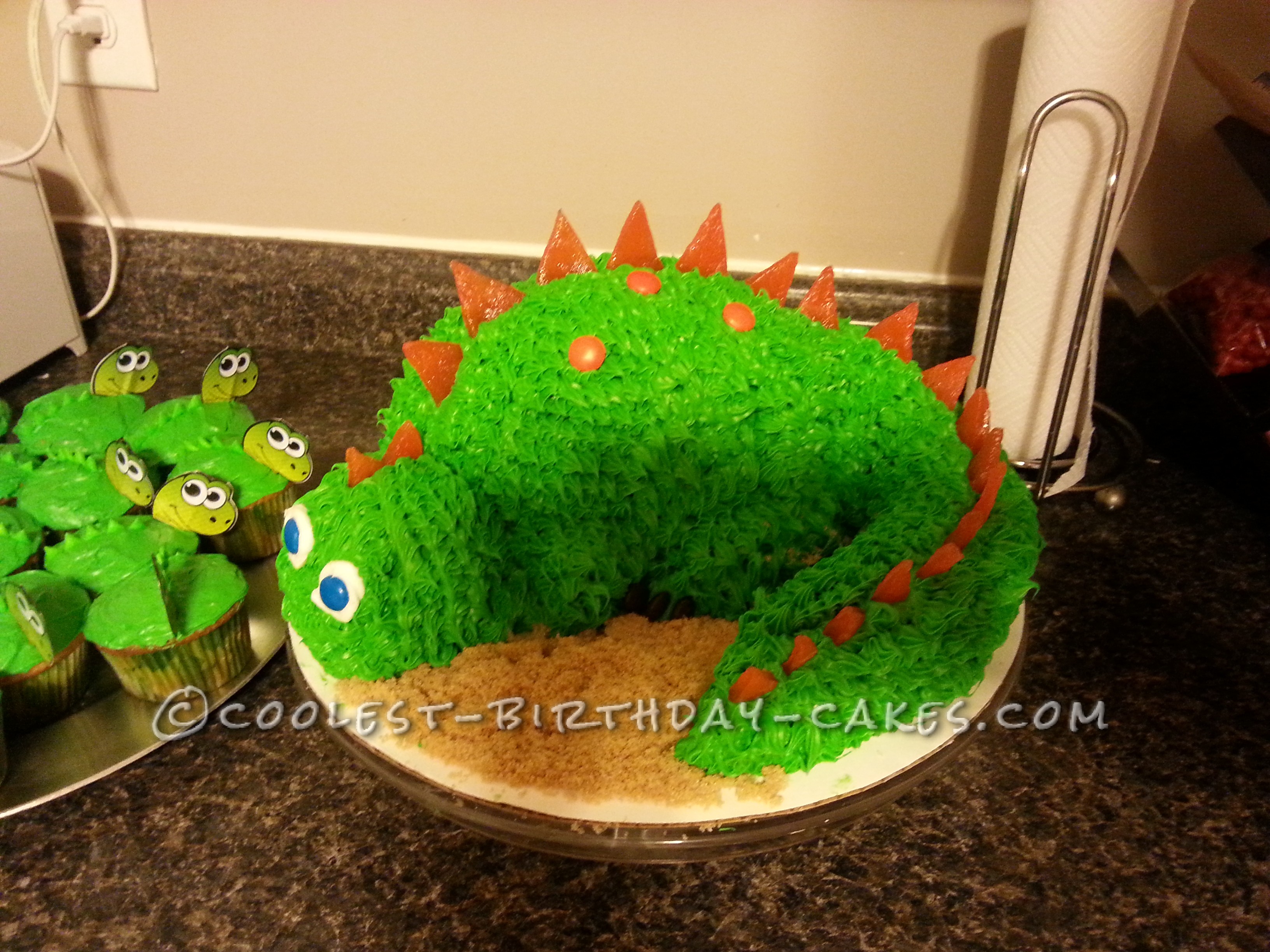 When my soon to be 4-year old son announced he wanted a dino party complete with a “real” dinosaur cake this novice baker had to do some real thinking.

After lots of internet research, I had a basic idea of what it should look like but still no idea how I would make this happen without buying expensive one time use pans which I hate to do…until, hidden in the back of the cabinet I found a long lost novelty cake pan to make a womans chest of all things.  So, I have now officially gotten to use that pan twice.  ;)  With one breast pan and one 9″ round cake pan you too can create a “real” dinosaur cake.  Throw in some homemade gummy spikes, some M&M’s for colorful detail & brown sugar dirt and your homefree.  Everyone was very impressed including me, expect my 4-year old who didn’t think it was historically accurate enough so, spikes & colorful detail optional.  lol