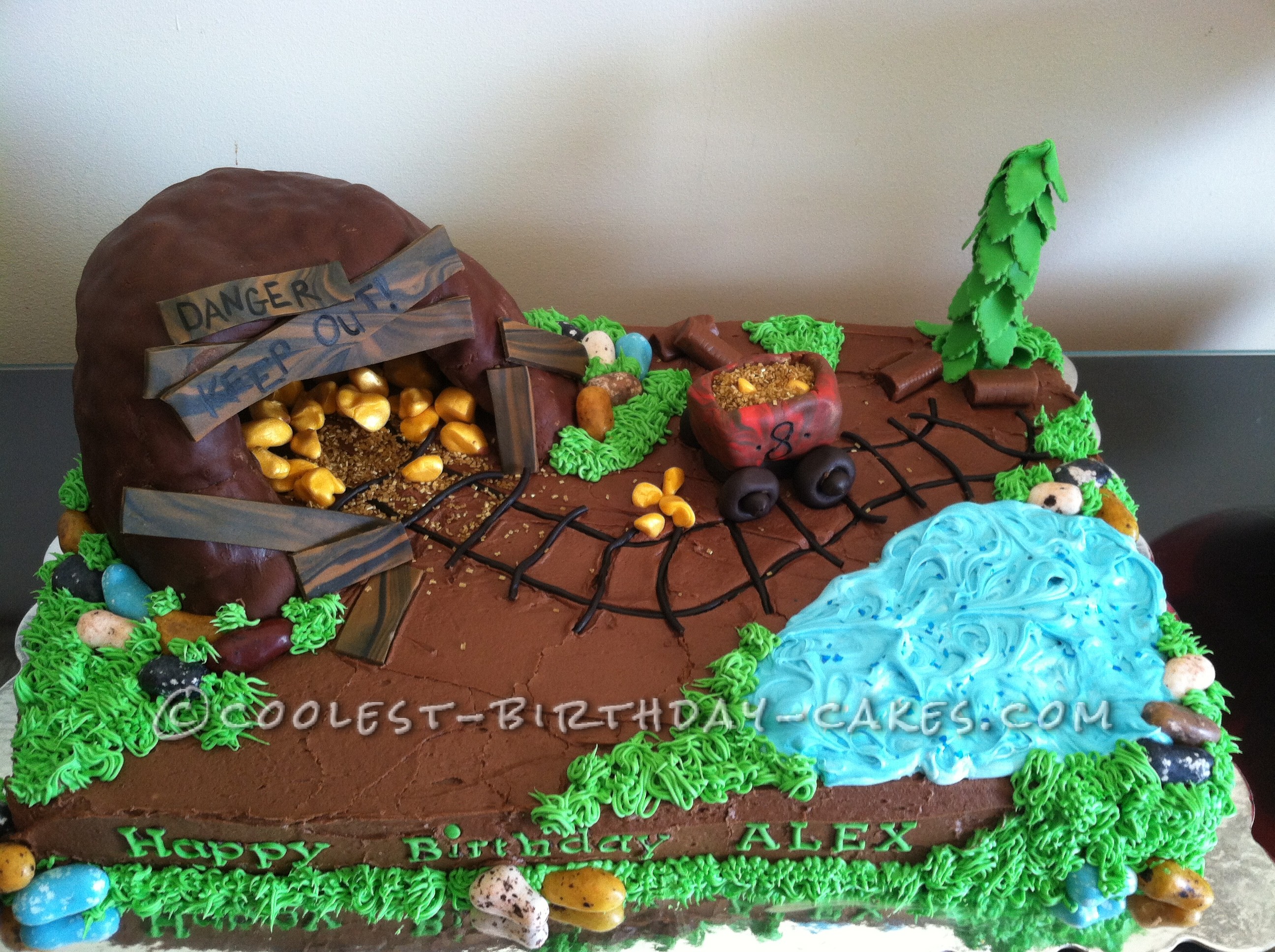 My son, Alex is into science, particular geology- geodes, rocks, and minerals. He desperately wanted an abandoned gold mine cake for his 8th birthday, which isn’t the easiest thing to create in the world, but I figured I could at least try. It took a few trips to different suppliers to find the edible rocks, and I was able to purchase gold dust and gold sanding sugar from a local chocolatier.

After checking out a few old Scooby Doo episodes with abandoned mines for inspiration, I decided to make the mine part out of a Cocoa Krispy treat molded around a giant tea cup and then covered in homemade chocolate fondant. The wood planks are just black and brown fondant twisted together and rolled to look like wood grain. The railroad track is made of shoestring licorice and the rail car is fondant. The gold nuggets are yellow chunks of fondant brushed in gold dust. The logs in the back are just Tootsie Rolls.

Alex loved the cake. His reaction was absolutely priceless when he said, “It’s exactly what I wanted!” because  he stood next to me the whole time and dictated specifically where he wanted things placed, and what color things should be and how big he thought they should be. So of course it was exactly what he wanted!

Honestly, it was the most fun cake I’ve ever made because it was more like an edible class diorama project than making a  traditional cake.  And the best part was that  I was able  to do it together with my son, who I know all too soon will be grown up, asking for store bought ice cream cakes, not ones from Mom. 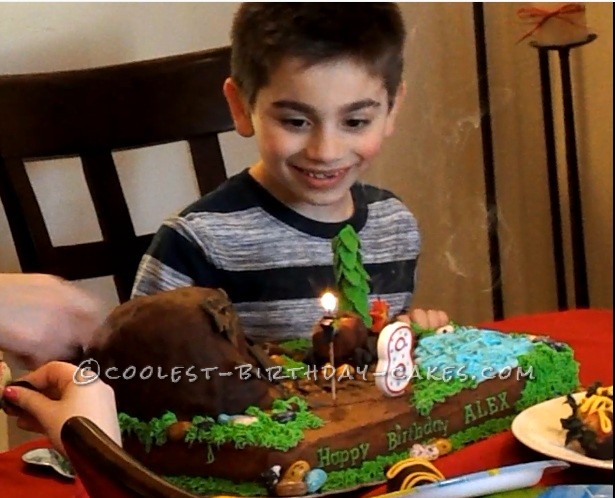