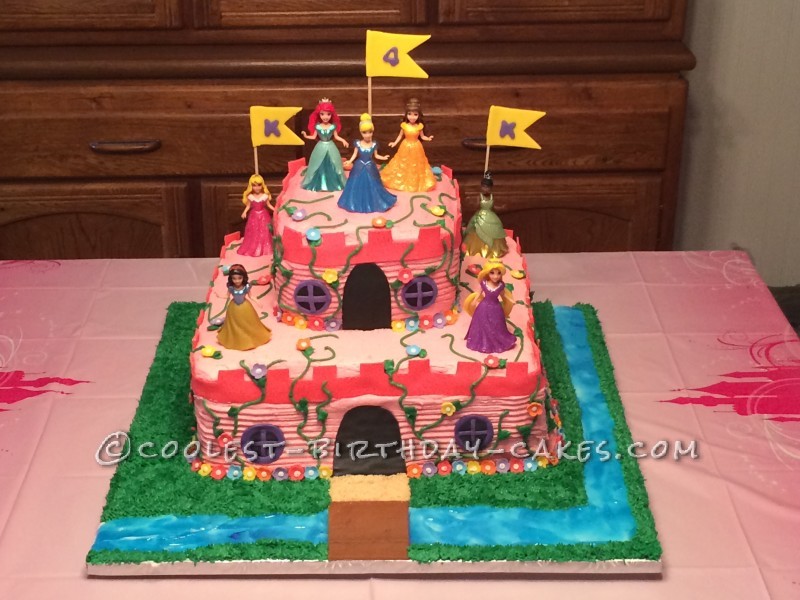 For my daughter’s 4th birthday party this year, she wanted a princess themed party with a pink princess castle cake.  Since I hadn’t done this before, the project was exciting, and I put together a vision of what it was supposed to look like in my head.

The first draft had three tiers, with the middle tier being lopsided, so that the top tier (which was a tower) literally looked like the Leaning Tower of Pisa.  In fact, that’s what we were referring to it as, until I couldn’t stand it anymore.  So, I removed the top two tiers, and redid the second tier.

After I put everything together and “claimed” it was done, I ended up coming back to it and adding little decorations here and there, with vines, leaves, and more flowers, and sticking the flags on there along with the princesses.

The bottom tier was a 6 layer 14 inch Neapolitan cake, and the top tier was a 4 layer 6 inch cinnamon cake.  This cake weighed at least 40 pounds, if not a little more. That means the cake weighed more than the birthday girl.