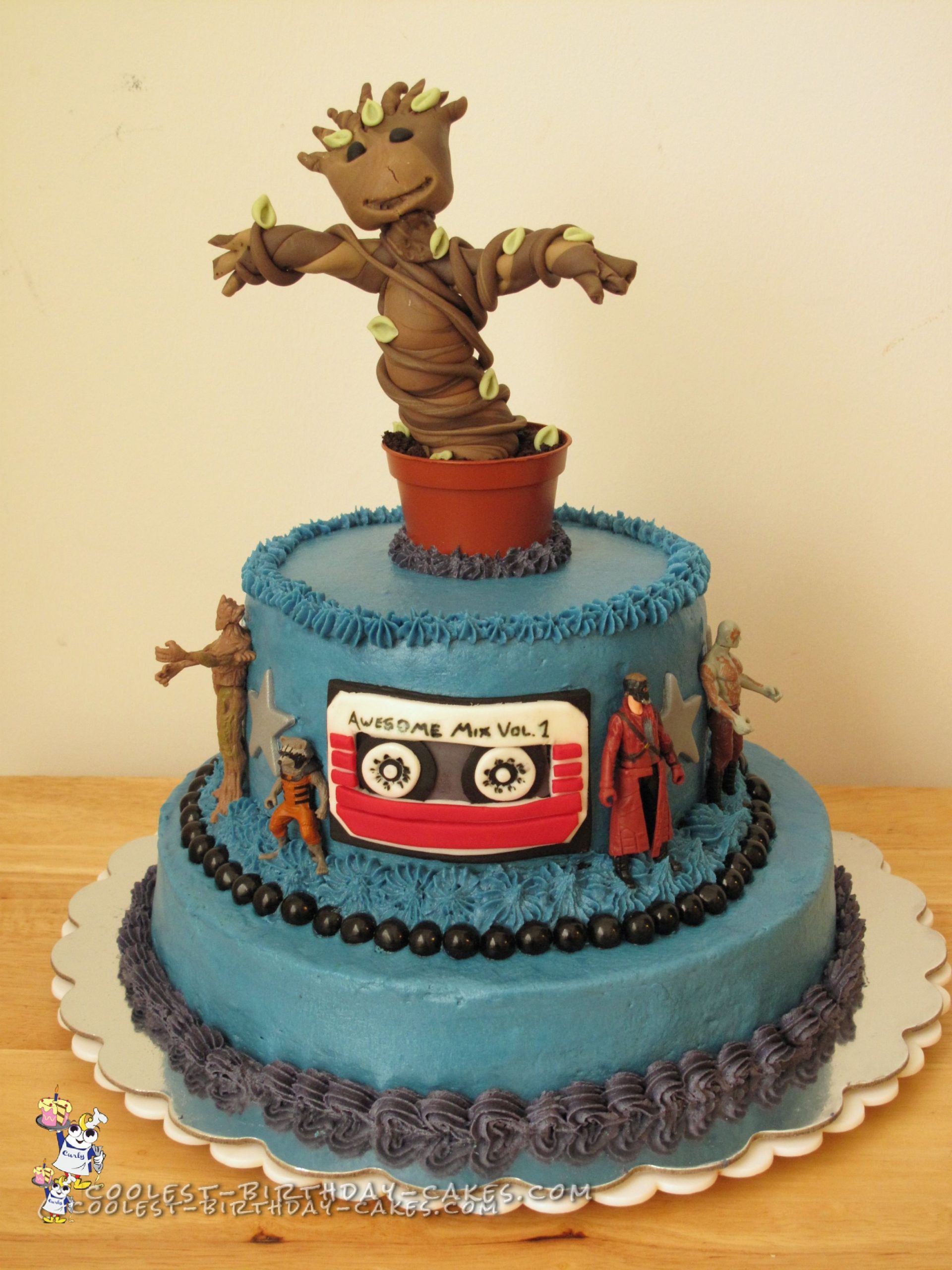 My son wanted a Guardians of the Galaxy theme for his 10th birthday so I made him a baby Groot cake. After doing a little bit of image searching on the internet and looking at some tutorials for baby Groot, I put it all together to make as simple a cake as I could pull off. (I am a hobbyist/amateur doing just a few family birthdays a year).

For another fun baby Groot cake idea, check this out! 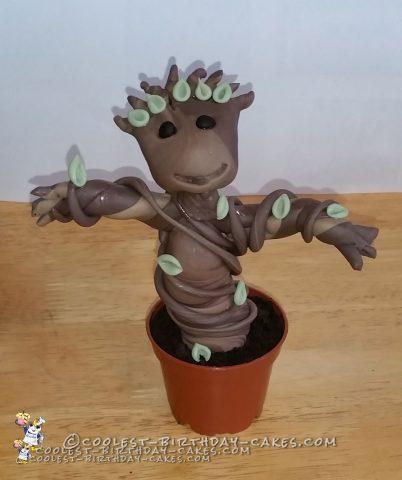