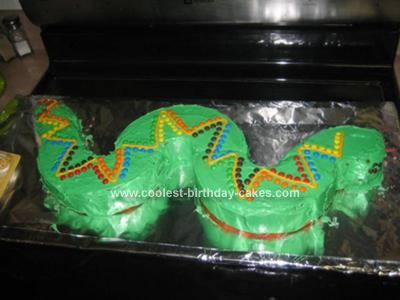 I used two bundt cakes and cut them in half to make the body and cut a little of one in a triangular shape to make the head of the Homemade Snake Birthday Cake. Bought white icing and colored it with food coloring to make the green and yellow. Then I bought M&M’s to make … Read more 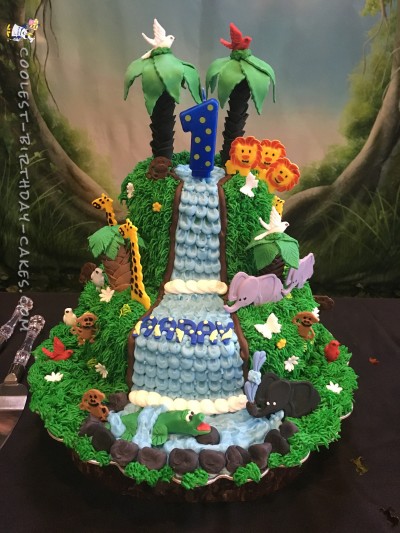 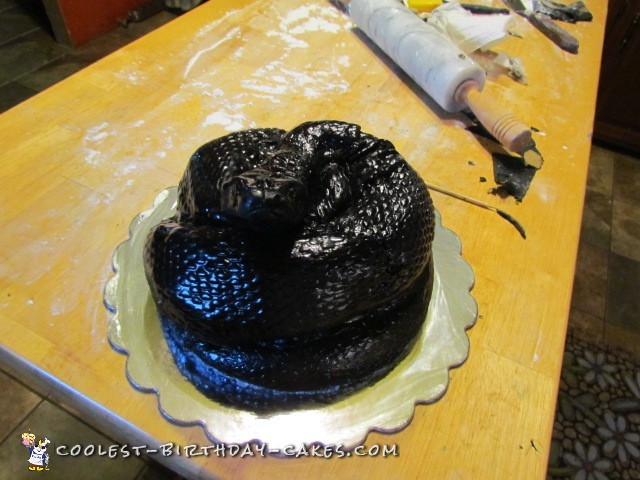 I had no idea how this cake was going to work and it was my first cake using fondant. I cut the shape that looked okay but still wasn’t sure how it would turn out. Not knowing what to use for the scales I went to the hardware store and looked at everything possible I … Read more 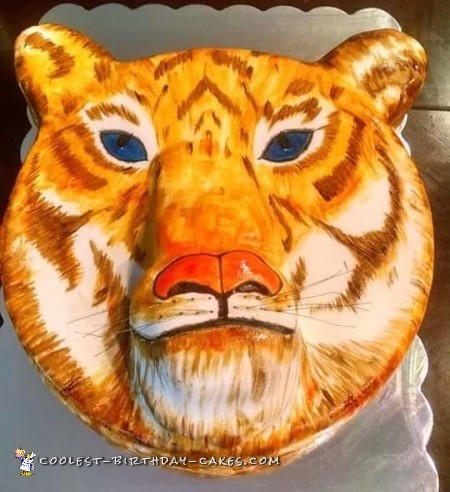 I made this cake as a surprised gift from husband to the wife. The husband asked me to make her a cake and incorporate some tiger because she was gonna be a tiger for halloween. So, I made a her an orange chiffon cake filled with cream cheese frosting. I made  a 12″ round cake (face) … Read more 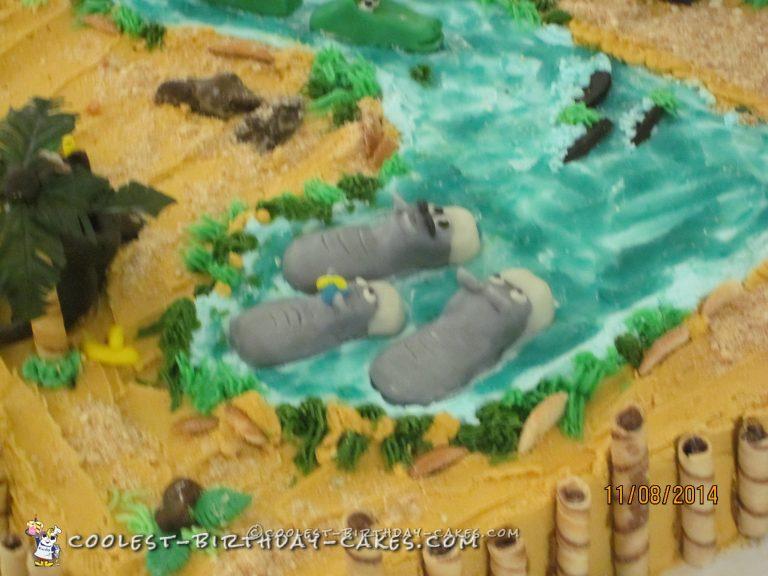 My Safari cake is my own creation that was created for a young mom who was pregnant with her first child and her family was giving her a baby shower. Three yrs ago I did her wedding cake and I am still making cakes for her and her family when they need something unique. A … Read more 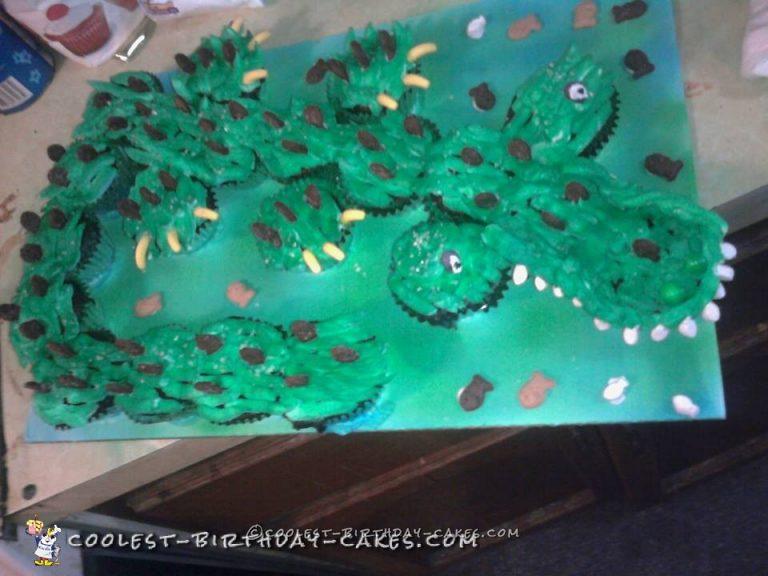 My son was obsessed with crocodiles and alligators and so like most little kids wanted a cake to match, so crocodile cake it is. The only problem was it was for a prekindergarten class and the need for edible simplicity was very high, so I decided to try a cupcake cake. With much research on how … Read more 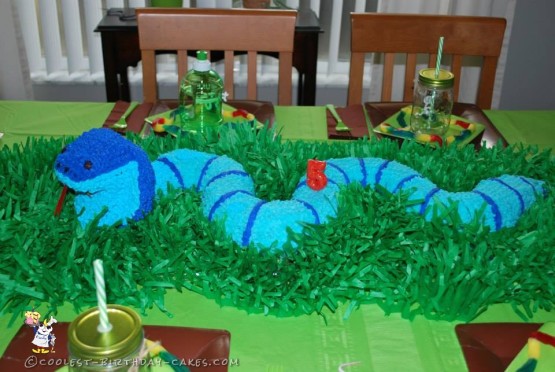 I made this snake birthday cake for my 5 year old’s birthday party.  It was a huge hit! King Cobra Snake Cake Details I used 2 bundt cakes and cut them into pieces to shape the body of the snake. The head and tail were made with Rice Krispy treats. The head was a bit of a … Read more 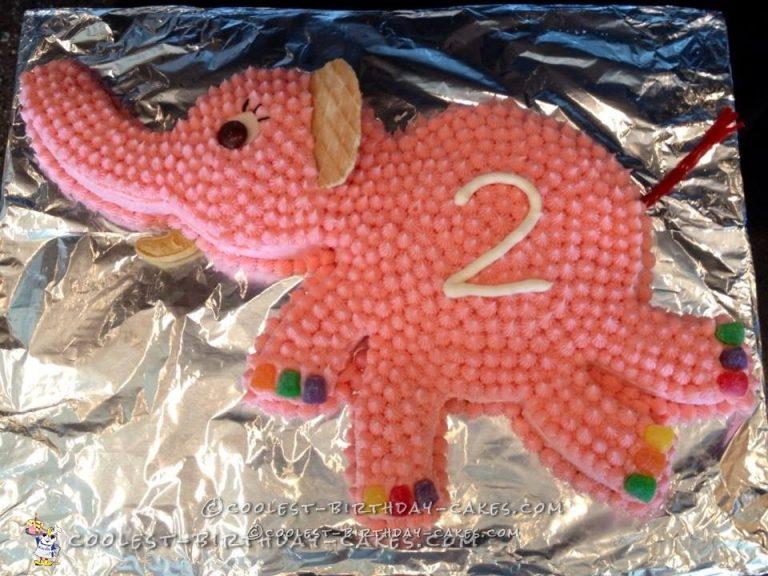 My E loved elephants, so for her 2nd birthday, I decided to give this cake a whirl.  It was only my second time really decorating a cake (and my first time using icing tips), so I was happy (and relieved) with the final outcome.  The cake was only a single layer, using one funfetti cake … Read more 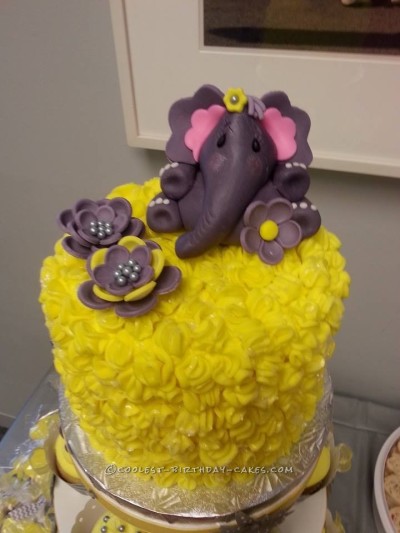 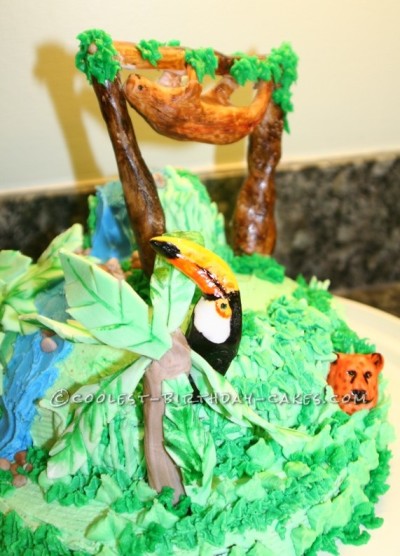 When my son turned 8 he wanted a rainforest animals cake. I have always vowed to make my kids’ birthday cakes.  My older son loves to try to challenge me by coming up with very interesting and time-consuming ideas, but art is my passion so I embrace every minute of it.  Besides, the look on his … Read more 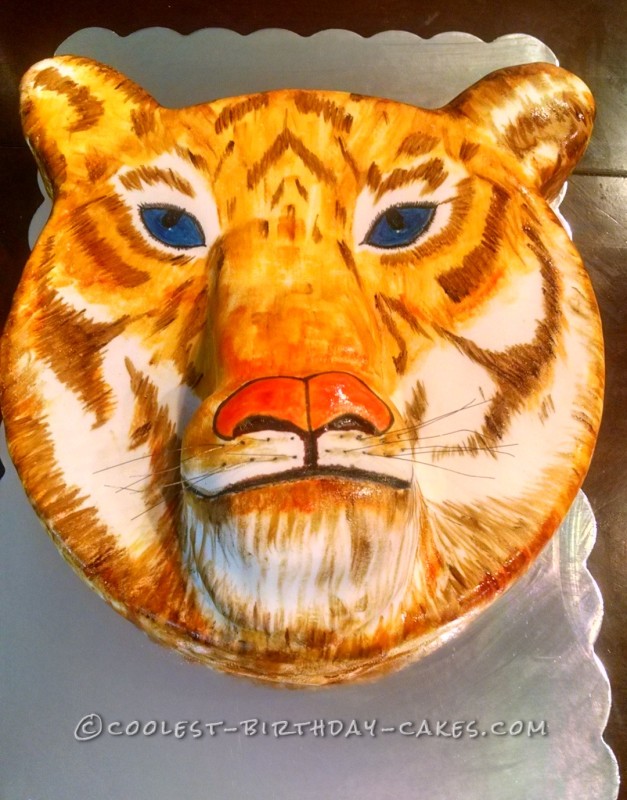 I truly enjoy creating cakes. One of my students’ dad ordered this surprise birthday cake for his wife to be delivered on our karate Halloween party. He said to incorporate a tiger because that’s her costume and make a cake that they’ve never had. I baked an orange chiffon cake with cream cheese frosting. This … Read more 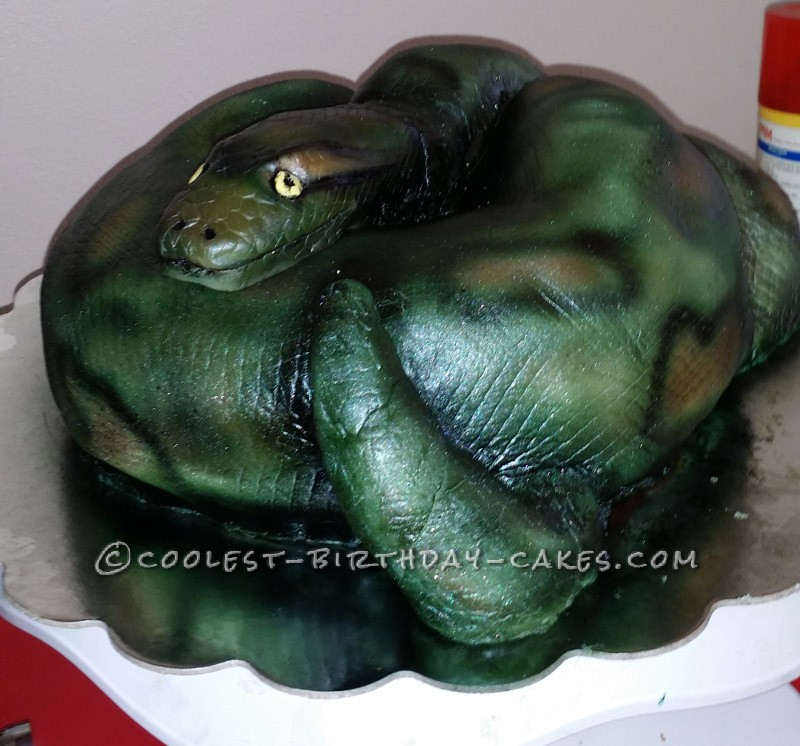 I had a lady call me wanting a snake cake. She wanted it to look like a anaconda for her husband. I have never made one before so I figured lets give it a shot! I’m always up for a new challenge! So, I started out by baking a round cake. I shaved down the … Read more 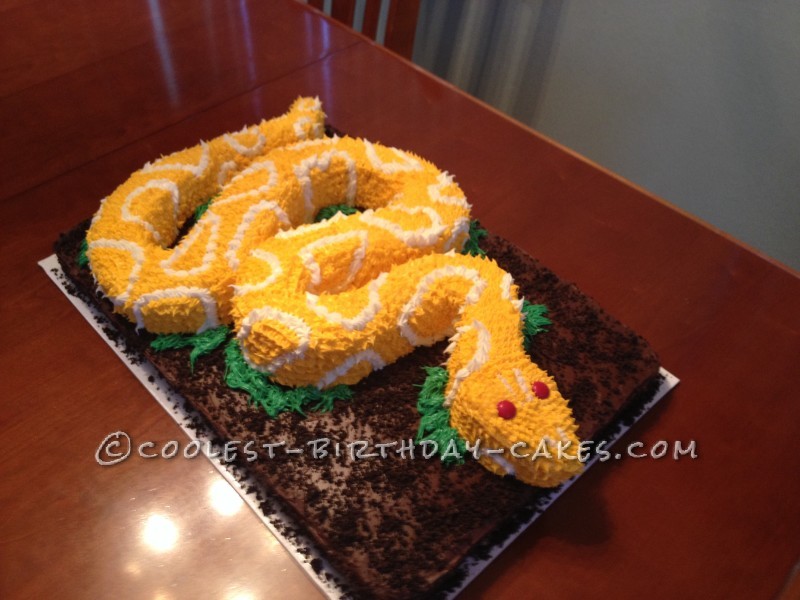 This is the third time I have made a snake cake for my son’s birthday. The first two times I went the route of the bundt cake. This time I made two 19 by 13 sheet cakes and cut one in the shape of a snake. I placed the snake on top of the other … Read more 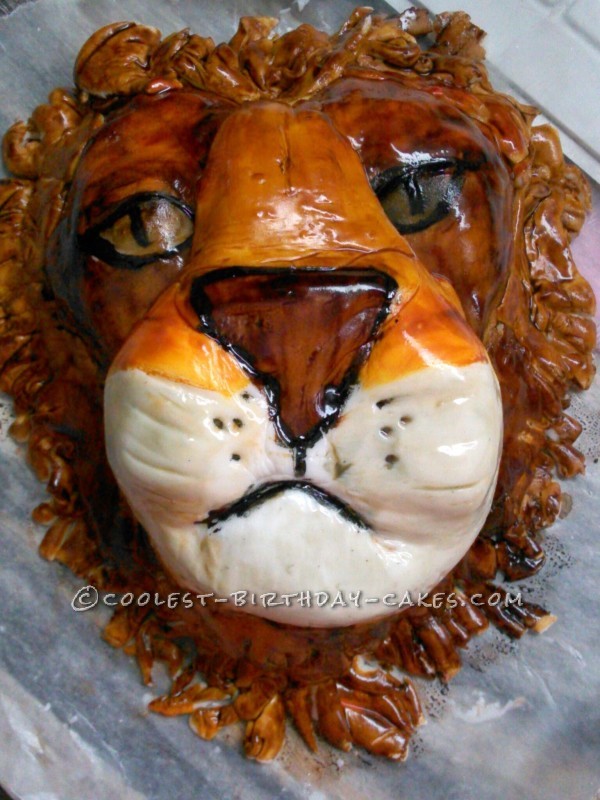 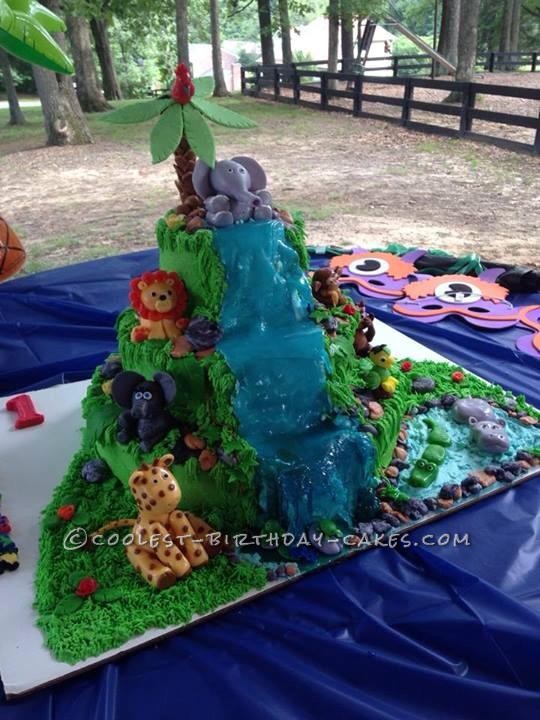 This was my son’s 1st birthday cake, so it had to be awesome!  I started working on the animals a week before the cake.  I took my time and had fun with each character.  My son absolutely loved each one.  Every time we walked by them, he would point excitedly and giggle with that adorable … Read more 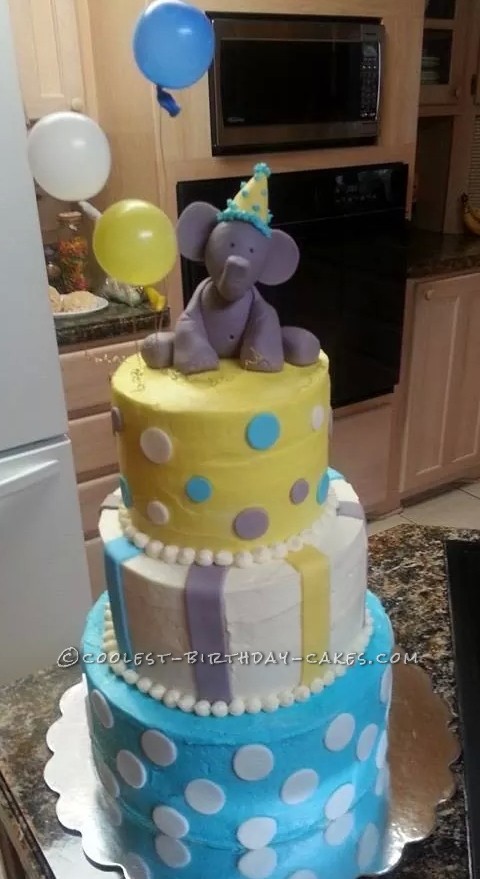 This cute baby shower cake was the second cake I was honored to make for my sweet friend Laurel. The first being a reveal cake for her darling little boy. The cake is white but with a sweet surprise inside. It is filled with blue cake pops so that when it is cut it appears … Read more 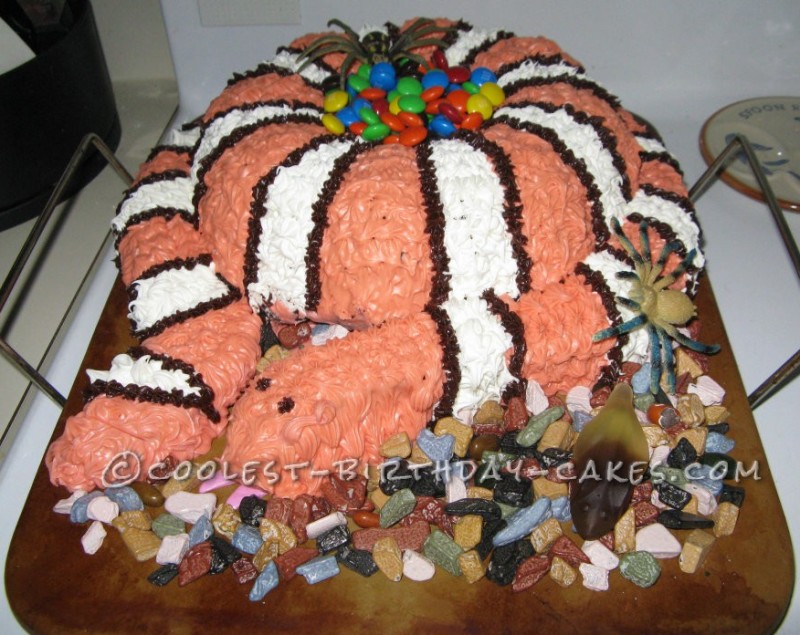 This cool homemade snake cake was made for my son’s 7th birthday. My mom makes the kids’ birthday cakes every year.  She tries to find the most creative idea she can think of. The cake she made for my son’s birthday was to go with the animal/reptile show that was taking place in my living room.  It … Read more 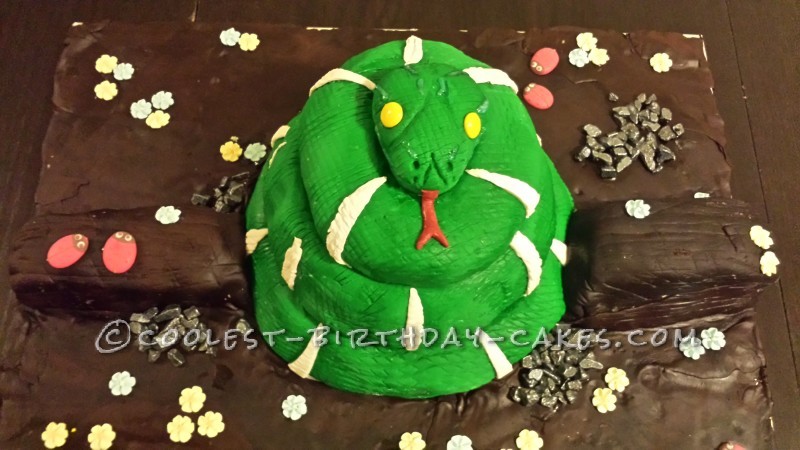 My son loves snakes and he asked me to make an emerald tree boa cake for his 5th birthday. I printed off some pictures of the boa as reference. I baked two banana chocolate cakes (my trusty recipe for 3D cakes) using a round shaped tin for the base and a smaller one for 2nd … Read more 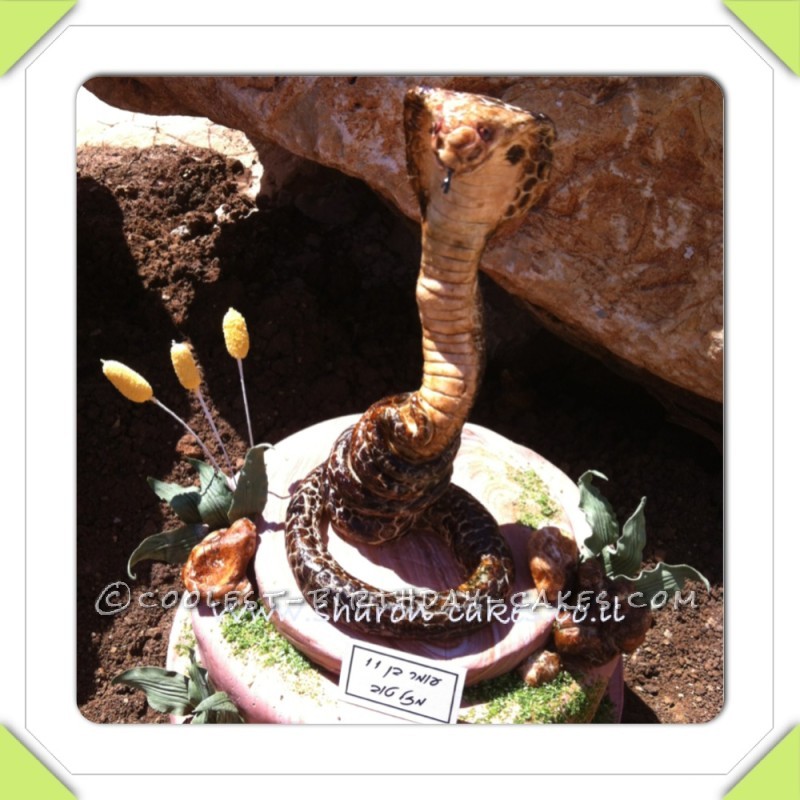 The cake was made for my son who celebrated his 10th birthday. My son loves snakes so I made him this cake. Was very difficult to sculpt a cake feel very real. Entire cake sculpted from sugar dough that we have in Israel and the cake bottom was chocolate cake is very delicious size 24 … Read more 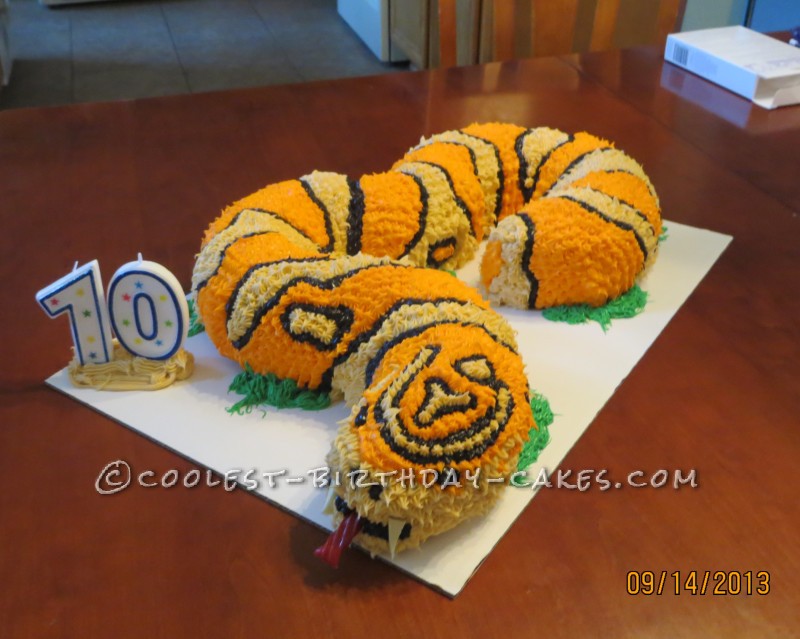 For my son’s 6th birthday I made him a snake cake. That was the first decorative cake I had made ever.  It was about 3 feet long and decorated with a star tip that took longer than I ever knew it would take. I have since made numerous decorative cakes for both my sons and … Read more 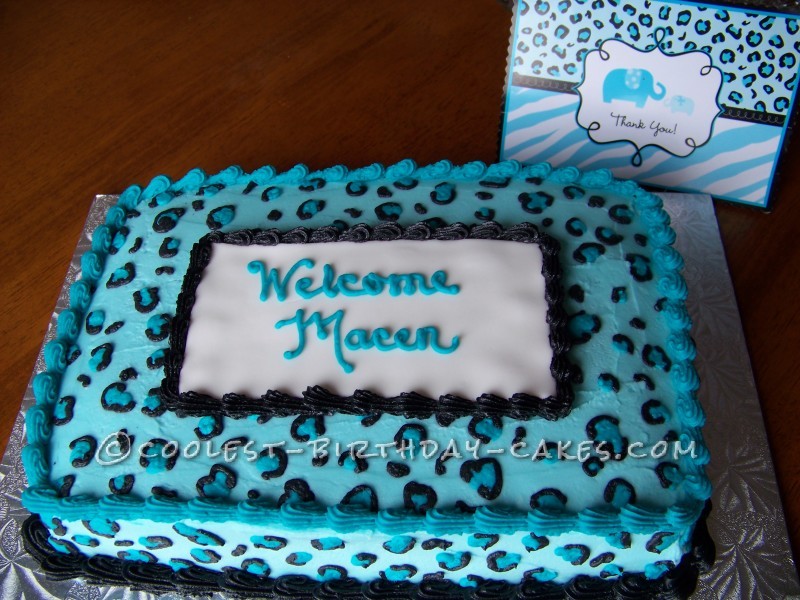 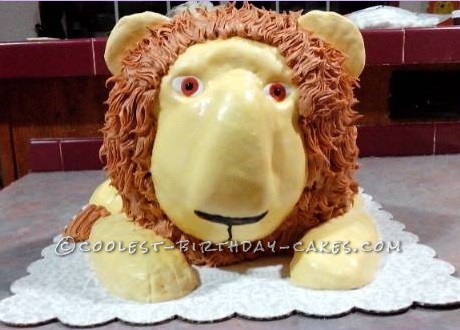 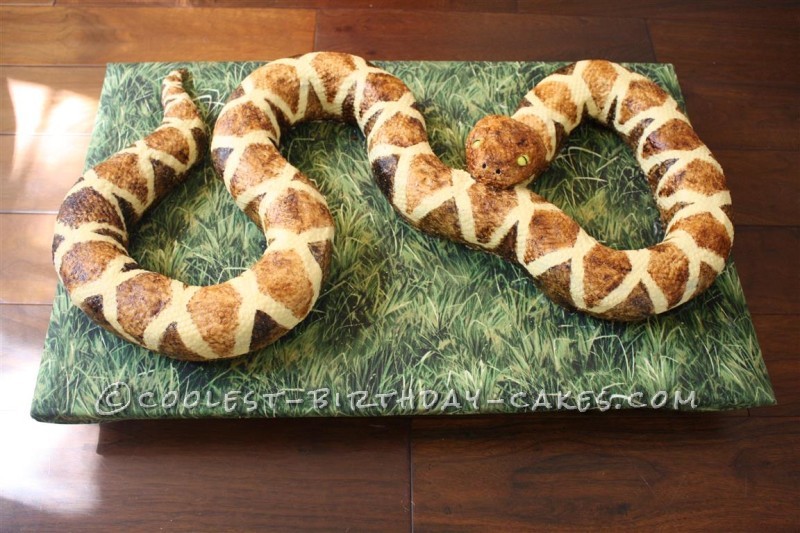 My ssssson requested a ssssnake party for his 8th birthday. He asked if I would make him a ssssnake cake and if I could make it look like a real ssssnake. I told him,  “no promises but I will try. ” My only previous experience are the other birthday cakes I’ve made my kids, sssso I … Read more 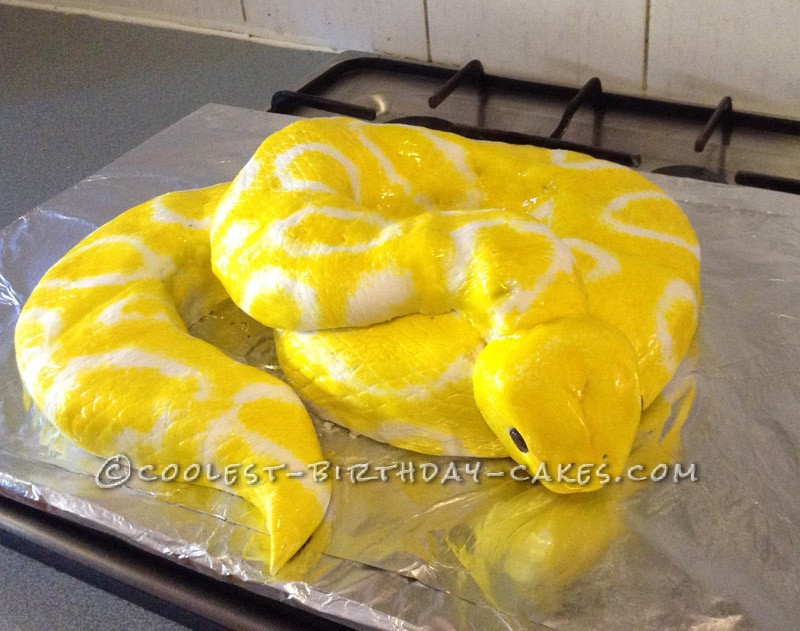 This cake was for my brother in law and he loves reptiles, so I decided to do this Burmese Python snake cake for him. I used 2 x 7″ cakes and one 10″  and cut holes in the middle. I carved it a little bit to give a round shape. I used a mud cake … Read more