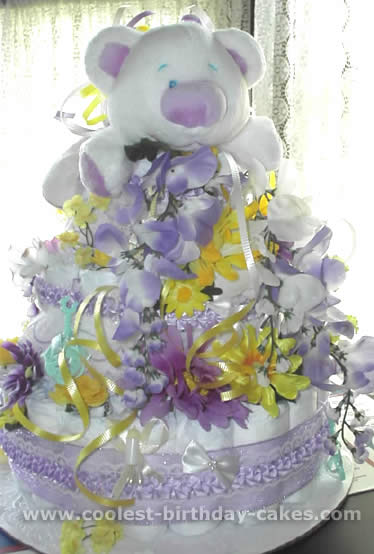 I made this cake for my nieces baby shower. I used Huggies size 1 diapers and various ribbon. There are some teethers, rash cream, socks, rattles, and other small items inside. I individually roll and secure the diapers and then set them into a ribbon ring. I use cardboard cake circles for each layer as … Read more 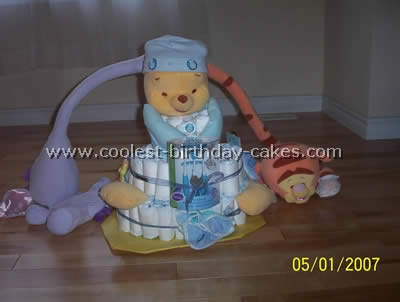 Here are my diaper cake instructions: I started by building the bottom layer of diapers around a diaper wipes case (the large square ones). I tied a ribbon around the diapers and then took the case out. I bought the Winnie the Pooh play and cuddle gym and took it apart. I took the wipes … Read more 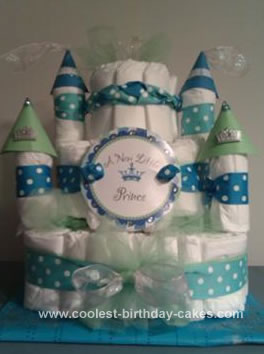 I made this diaper castle cake for my best friend’s baby shower, she is the girliest girl ever and was having a boy, so I decided to do a prince theme shower. I had so much fun making this as it was my first attempt at making one. It was pretty easy and took about … Read more 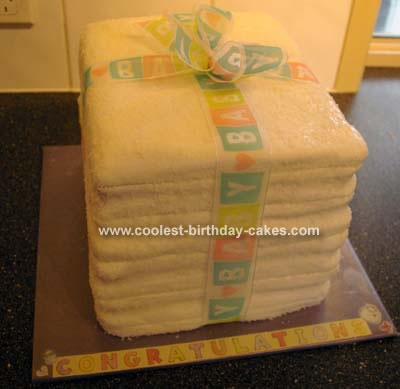 I used 3 x 20cm chocolate mud cakes, though, any cake can be used but it must be able to support the fondant. I trimmed the cakes flat and layed them on top of each other. I filled any gaps using fondant. I used about 3kgs in all. Once the gaps were filled, I covered … Read more 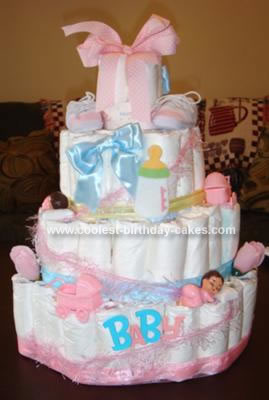 I decided to take on the task of making my cousin a diaper cake because I love the way they look and they always get so much praise at the showers. My cake consists of around 80 to 90 size 1 plain white diapers. I used a cardboard cake board as the bottom of the … Read more 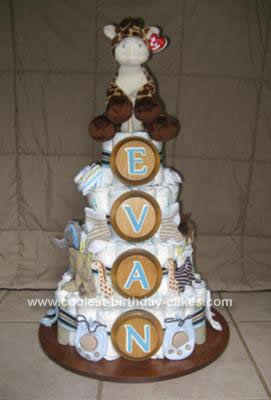 I made this Baby Boy Diaper Cake for my first grandson’s baby shower. I used a large pack of size two diapers. I used clear tape to hold each individually rolled diaper. Each tier has four alternating layers of ribbon with a rubber band beneath to hold the diapers together, which was later removed. The … Read more 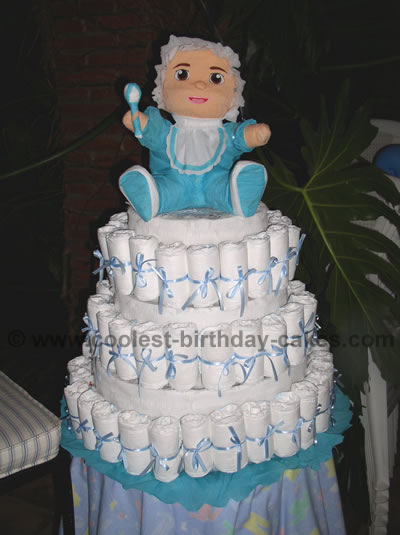 Even though this cake is not an edible cake, it is very handy! I was hosting a baby shower for a good friend of mine and decided to do decorations she could actually use. So I had someone who works with crafts do the baby on top and the layers of the cake out of … Read more 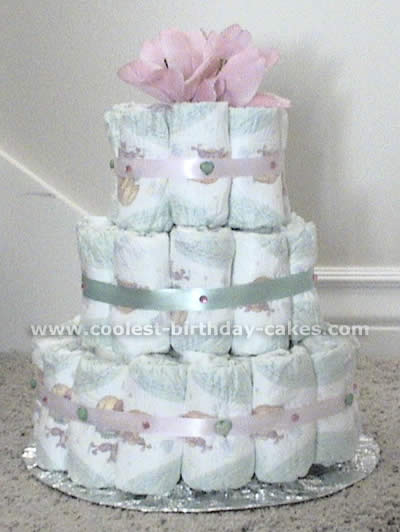 This diaper cake was done for a friend’s baby shower. I took diapers and individually wrapped them with string and then tied them together making 3 sizes for the different tiers. I wrapped a round circle of cardboard with foil for the bottom. I then used ribbon to wrap around the tiers and hot glued … Read more 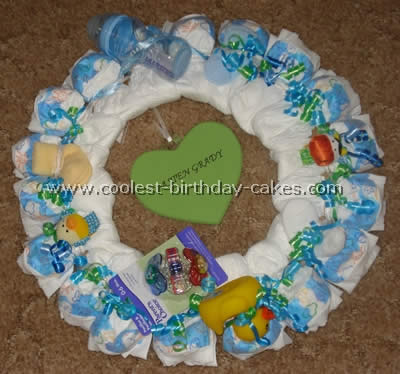 The diaper cake directions for this wreath is just to cut a big circle out of card board and wrap the diapers around it and use ribbons and different decorations. This is the first wreath I have done. 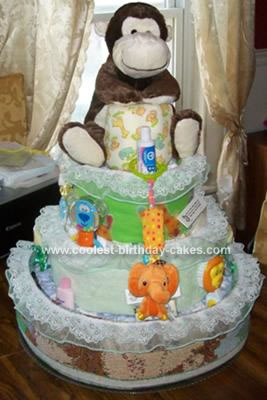 My friend is doing a jungle safari theme for her little boy’s room. So I tried to keep it strictly that. Anything that I could find with that certain theme I bought and used for this diaper cake. From the diapers all the way down to the toothbrush. I used size 2 diapers for the … Read more 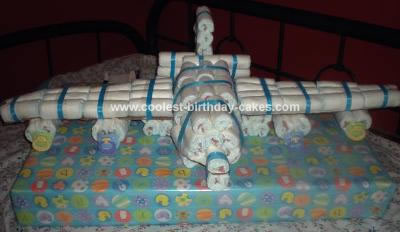 I used about 2 packs of diapers for about 120 diapers to complete this diaper cake. I made a lay out of the wings and body out of card board and worked from there. Diapers are pretty to used. It will take the shape anyway you want it too. Just use your imagination. 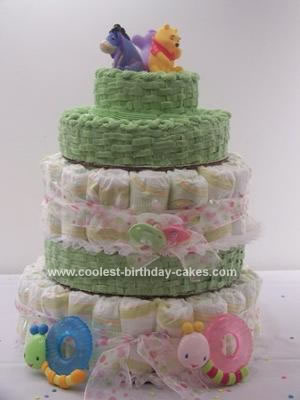 I made this Baby Shower Diaper and Edible Cake for Twins for one of the Vice Presidents in charge of our department. His wife had just had twins (a boy & a girl) after months and months of trying. I wanted to give them something special to celebrate these tiny little miracles and give myself … Read more