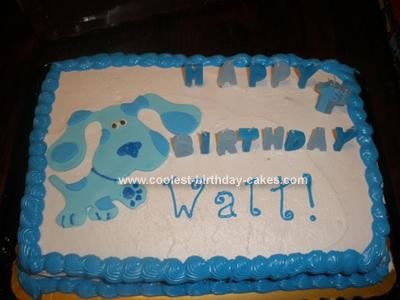 I’ve made plenty of birthday cakes for my kids before, but this Blues Clues Birthday Cake was the first time I had decided to go “all out” and try working with fondant. Because I had never used it before, I decided to just make Blue the dog out of the fondant, and to use buttercream … Read more 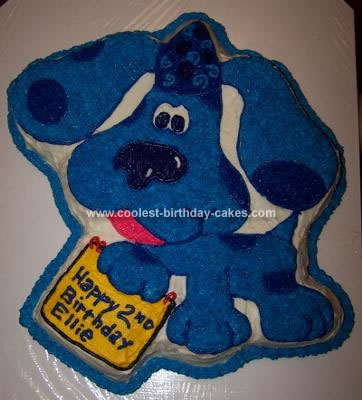 My daughter loved Blues Clues, so we made her a Blues Clues cake for her 2nd birthday. We used the Wilton Blues Clues Cake Pan to make the cake. I used the Wilton Cake Release with a pastry brush to completely coat the inside of the pan prior to pouring in the batter. After it … Read more 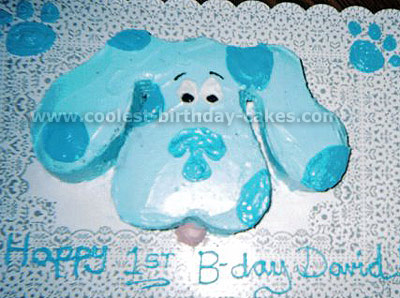 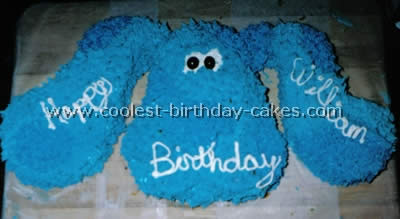 I actually got this Blues Clues idea from a friend. She had a template for this one but I no longer have it. You could download a simple coloring book photo and enlarge it if necessary. Bake two large rectangle cakes, cut the face from one and two ears from the other. Attach ears with … Read more 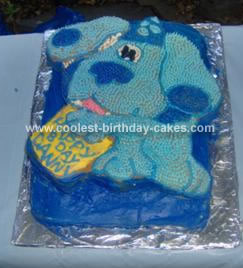 I used the Wilton pan and placed it on top of a double layer 8×13 rectangle pan to make this Blues Clues birthday cake. I used the basic round tip. It was for my son’s 2nd birthday and was the very first time I’ve ever decorated a cake. It as a big hit and I … Read more 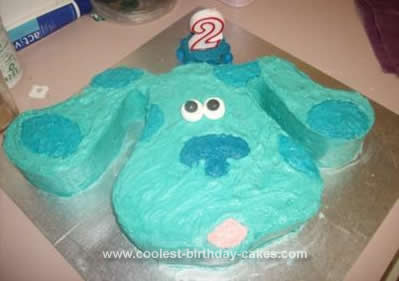 My son went through a phase of LOVING Blue so it was all hands on deck trying to find a Homemade Blue’s Clue’s Birthday Cake Idea, which I could not, as we cannot buy Blue items in Australia anymore. So in the end I made a template of some pictures I had printed off onto … Read more 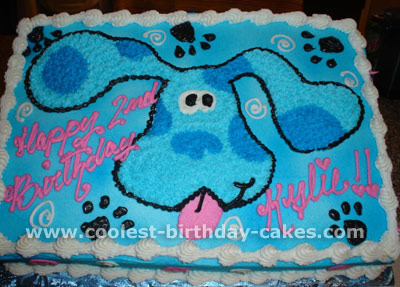 Like many of my character cakes I usually go online and look for a picture that I think I can freehand on the cake. I simply drew the Blues Clue picture out on the cake after I iced it. I use the end of a rose nail, this way its easy to smooth it back … Read more 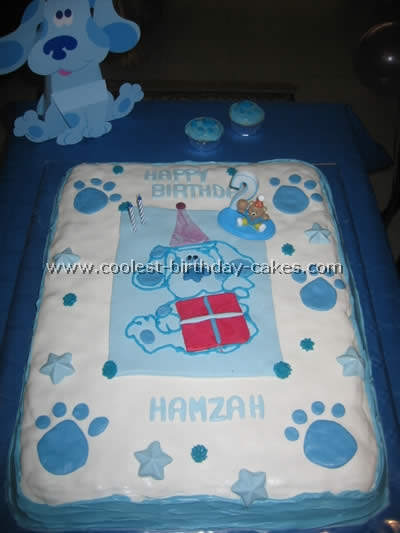 Like last year I also made a lazy cake. I molded it into a rectangle because I needed to feed 50 people. I refrigerated the cake overnight. I then covered with sugar paste and decorated it with icing sugar and used a template to draw blues clues. I used food coloring to make the color … Read more 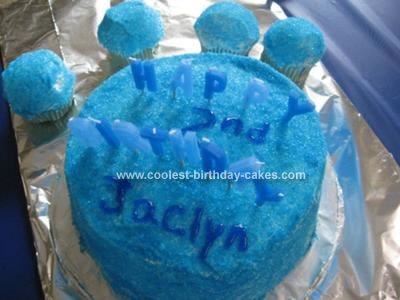 This Blues Paw Print Cake was for my daughter’s 2nd birthday. She was in love with Blue. I was actually hosting 2 parties for her that weekend (one for 3 of her friends, and the next day another party for family). So this cake worked out wonderfully for both. I made your standard 8inch cake … Read more 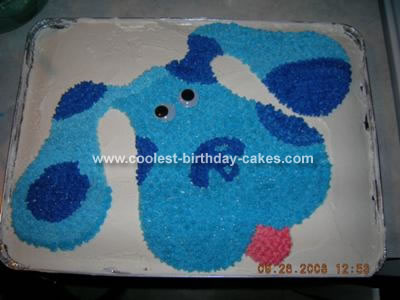 I did a 1/4 sheet cake that used two boxes of cake mix for this Blues Clues cake. Mine was half chocolate and half white. I had my husband help pour the batter so we did it at the same time and then I marbled it in the middle. When I got ready to start … Read more 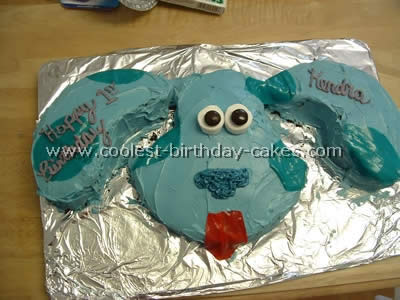 I used two round cakes to make my Blues Clues cake. I used fruit rollups for his tongue and spots and Marshmallows for his eyes. This was so easy and turned out so cute! 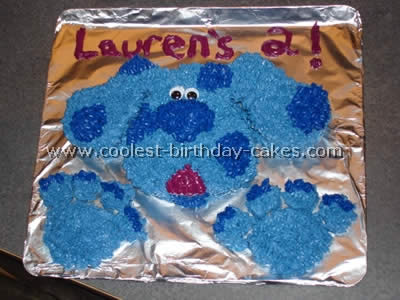 I baked a couple of Rainbow bit boxed cakes in a large rectangular pan. Let it cool completely. Then I searched the net for a cut out shape of blues clues cakes and put it on the cake with toothpicks then cut the shape out. I set it up exactly how I wanted it and … Read more