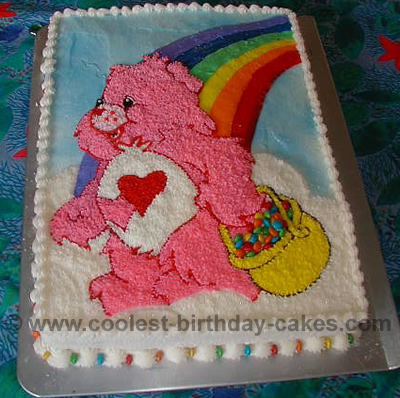 I made this Care Bear cake for my daughters 5th birthday. After photocopying/enlarging a photo from one of her Care Bear books, I created a stencil by tracing the outline onto wax paper with a Sharpie pen. After frosting the cake and letting icing set, I piped in the rainbow free hand (using rose/flat tip, … Read more 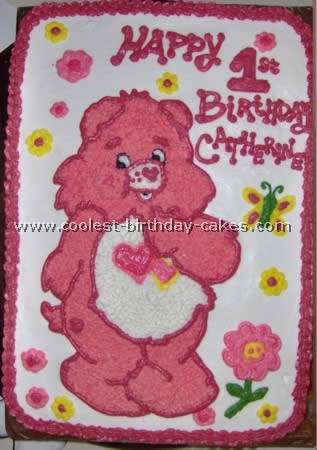 I made this on a 1/4 sheet cake using homemade cake and buttercream icing. I used the template for the Care Bear (I got from a coloring page online). I printed and cutout the template then laid it on the icing (after the icing had set for a few minutes to “crust” over). The template … Read more 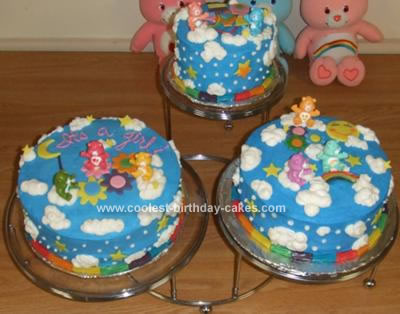 This Homemade Care Bear Birthday Cake I made for a friend’s baby shower. The theme for her shower was “Care-Bear”. I was inspired by another cake from this website made by Helen R. of Ingleside TX. The cake consists of three individual tiers, each two layers of funfetti cake. I used three different size cake … Read more 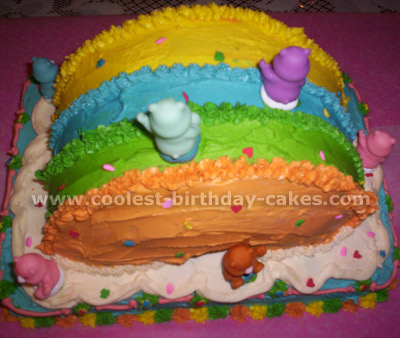 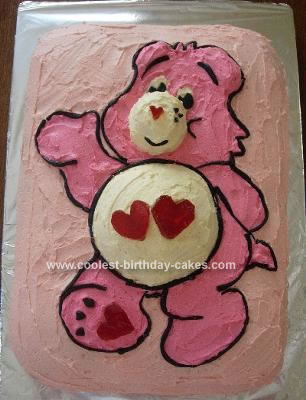 To get the design of this Carebear Cake, I got a blank design from the internet, and edited and enlarged it on the computer, then printed it and cut out around it. I made a simple vanilla cake mix times two or three, then used a large baking dish (as I did not have a … Read more 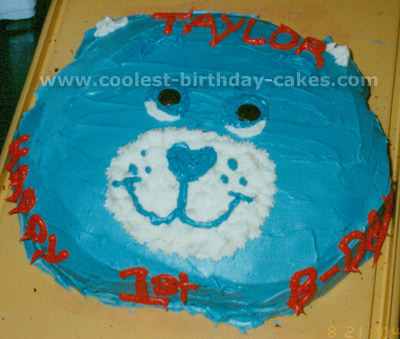 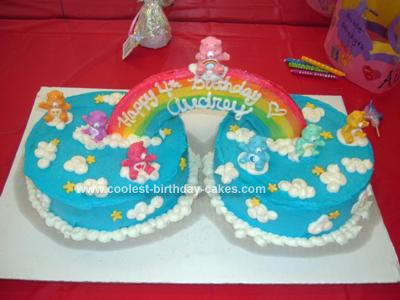 This Care Bear Cake was a cake I made for my daughter’s fourth birthday. I got ideas on the internet, I used two 9″ round cakes and frosted them with bright blue buttercream frosting. I added the clouds with a large round tip. I used care bear figurines and placed them on the clouds and … Read more 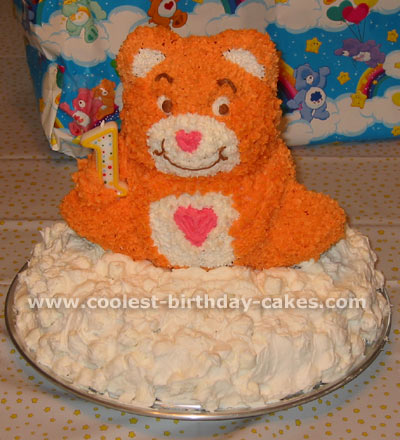 For this care bear cake I used the Wilton Panda Bear 3-D pan and baked cake as instructed. I trimmed the ears a little to make them a little rounder. I then outlined the areas that were going to be white and the hearts. Then I filled in the areas with small stars. I reshaped … Read more