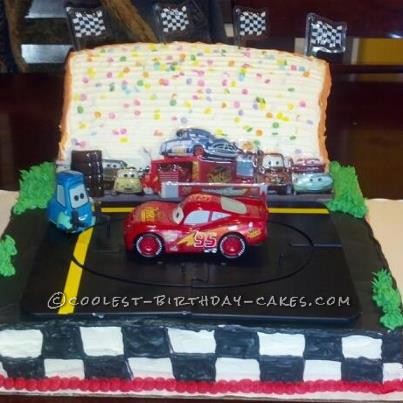 This Pixar Cars birthday cake is awesome. My client text me a picture of this cake and I just modified it a little bit. So, this is a 1/2 sheet marble cake with vanilla butter cream and fresh strawberries. I found the cars and the cars ‘audience’ from a cake supply store. No fondant here. Everything is just butter … Read more 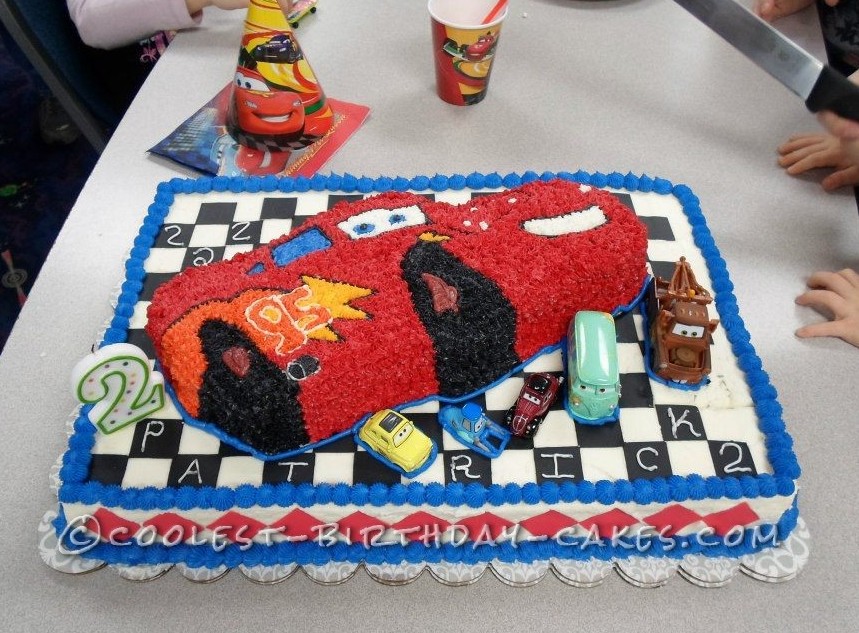 This Cars cake was made for my 2 year old so which I did from home. The hardest part not so much the piping but it was the time consuming of cutting out each of the black squares by hand using a knife and sugar sheets.  My son and his friends absolutely loved the cake. All they … Read more 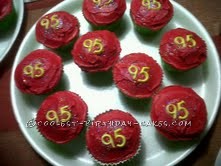 I baked a Lightning McQueen cake and cupcakes for a 3 year old toddler’s birthday party. I made a spongecake which I carved and covered in a red fondant with all the trimmings. I also made cupcakes with the racing number on for each child that came to the party. I did it overnight. I … Read more 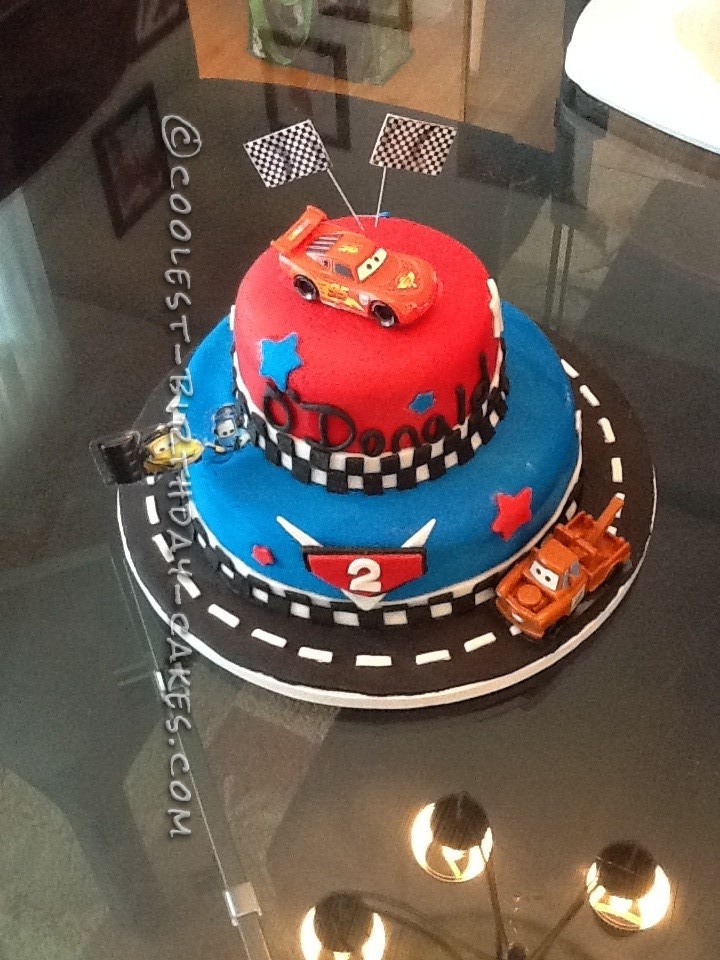 This Cars 2 cake is made from 2-6 inch layers on top and 2-10 inch layers on the bottom. Wooden dowels are used in bottom layers to support the top and one long dowel down the center of all to keep top from sliding. The flavors were just vanilla cake with butter cream icing as requested by … Read more 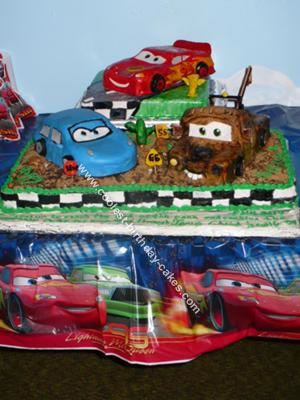 I made this Disney Cars Cake for the kids at church, every 3 months they have a big birthday bash for all the kids who had a birthdays in the last 3 months. I first baked 3 rectangle cakes, 8×10 and 3 small square cakes 2×4.5. The 8×10 rectangle cakes became the body of the … Read more

I wanted to do a Cars cake for my son’s 3rd birthday, but ended up with not a lot of time. I used the Willy’s butte idea from another submitter who submitted a Cars Willy’s Butte Dirt Track cake and changed a few things. I used one 9×13 and two round 9″ cakes (two cake … Read more 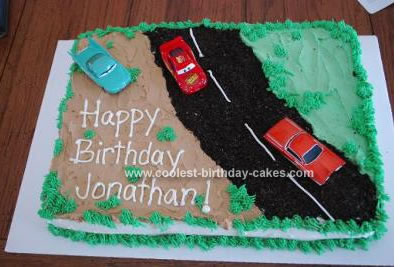 I made this Cars birthday cake for my youngest son’s 3rd birthday. I used a white cake and buttercream frosting. I used crushed Oreos for the “road” and used the Wilton grass tip for the grass spots and the borders. For the brown, I added cocoa to the buttercream and a little brown gel paste … Read more 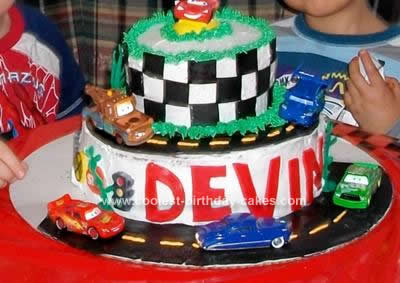 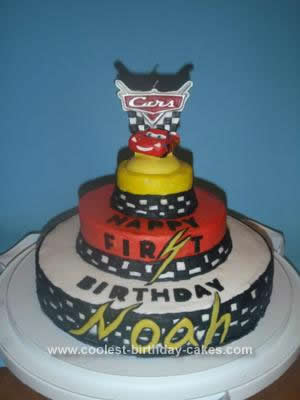 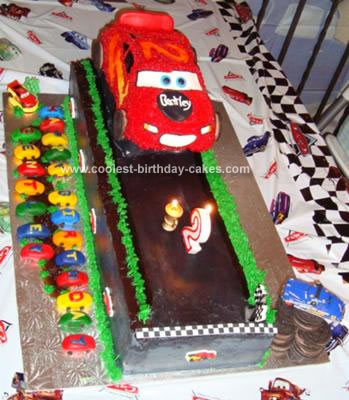