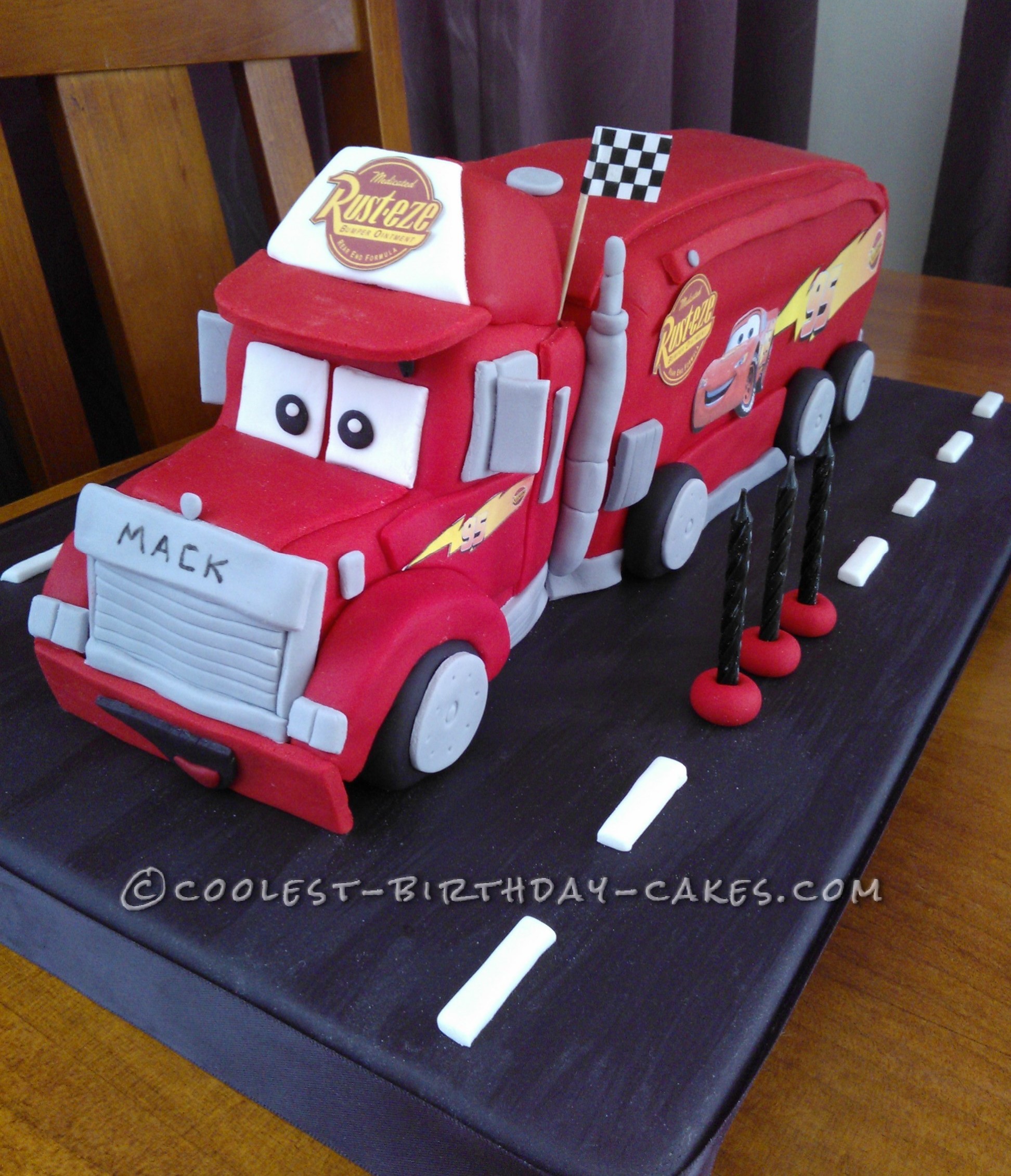 I made this Mack truck cake for my son’s 3rd birthday, he is Cars mad and desperately wanted a Mack Truck cake. I baked 2 large chocolate rectangle cakes. The first cake I cut in half length ways and stacked to make the trailer. The second cake I cut in quarters, then one quarter cut … Read more 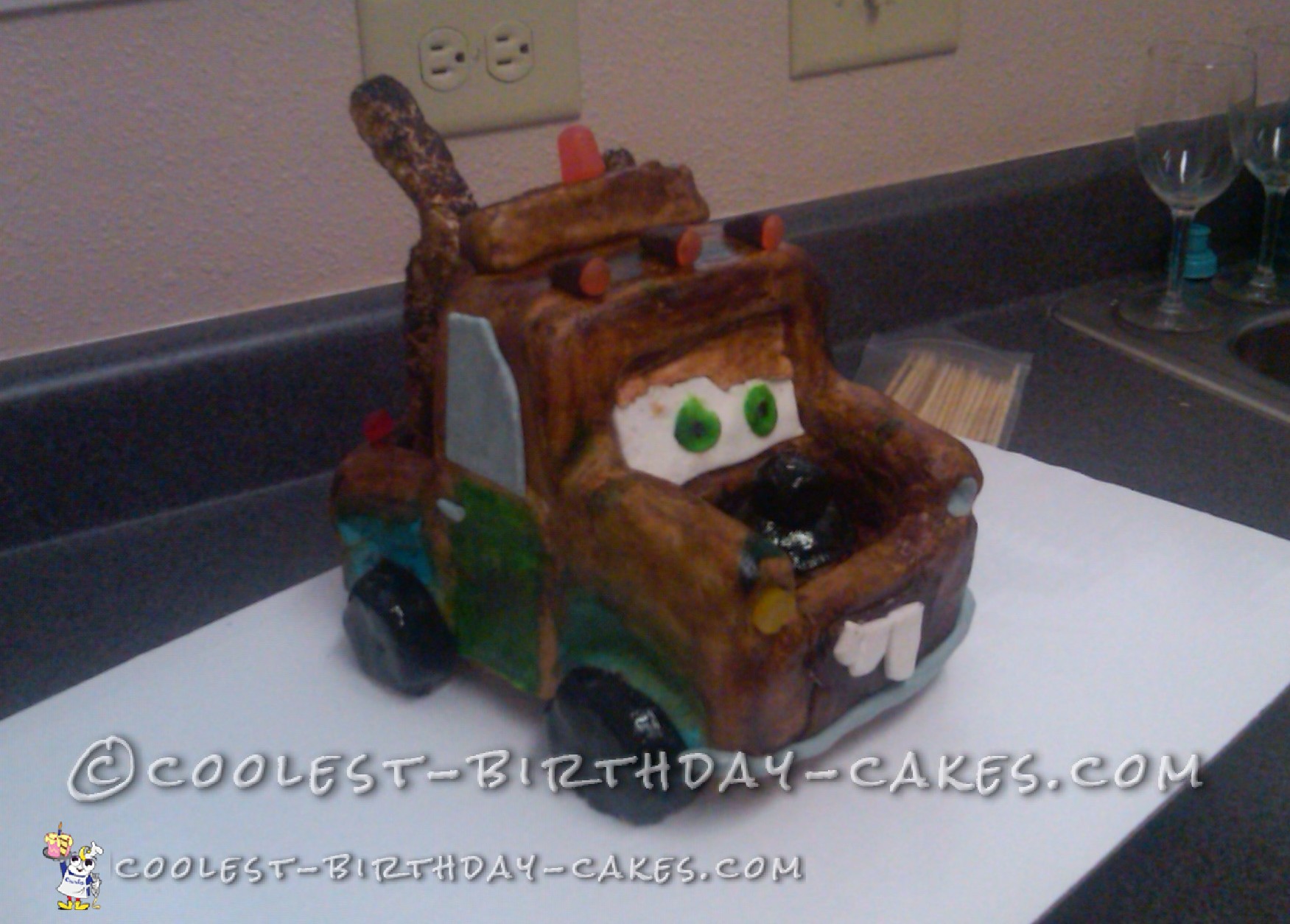 The Mater Cake was for my best friend, she requested it as a surprise for her car enthusiast husband.  It was his favorite flavor, red velvet, fondant covered and hand painted.  I made this cake as well as being a bridesmaid that weekend. So on top of my regular work schedule,  getting hair, makeup, and … Read more 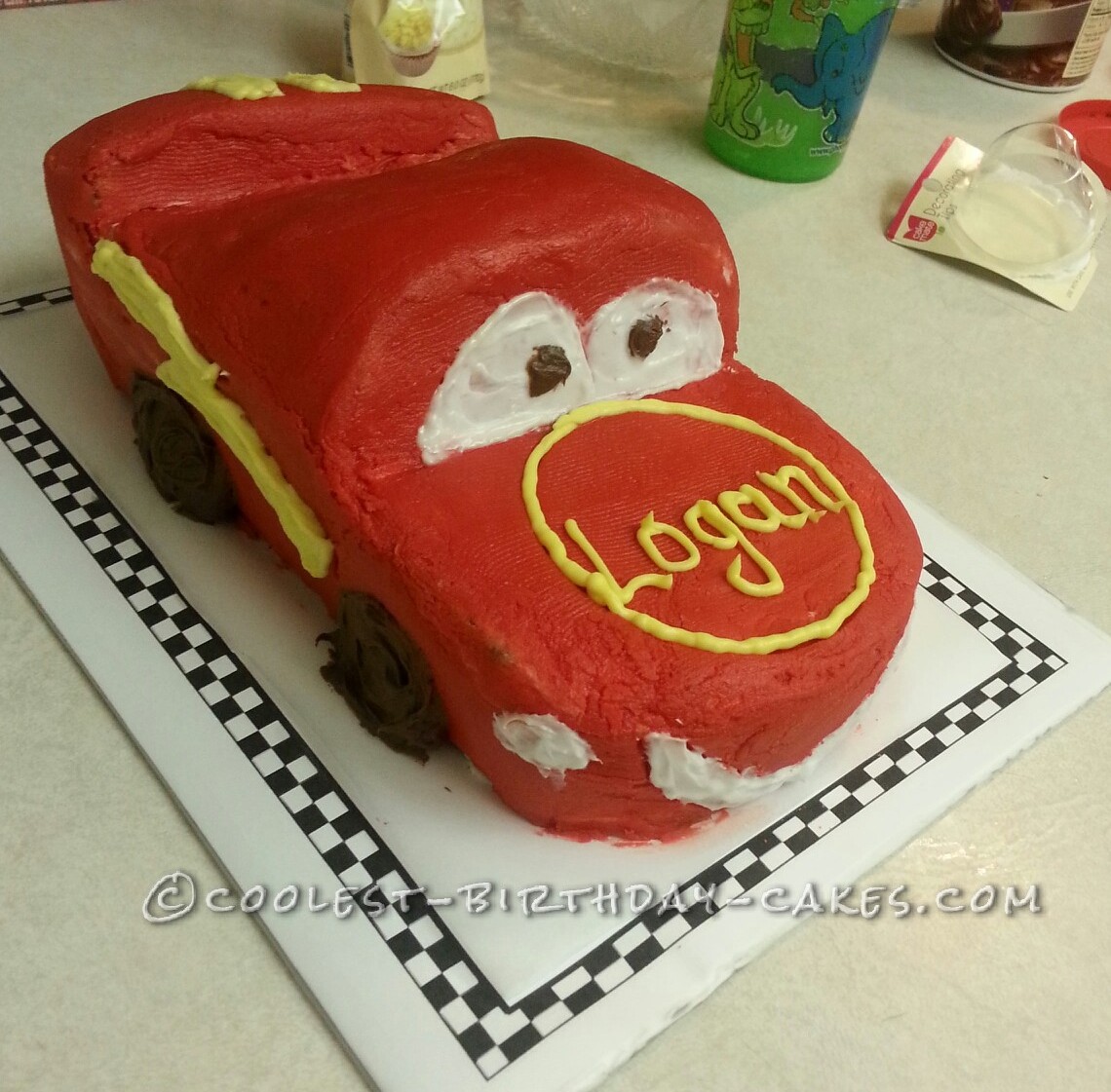 My sister asked me to bake a Lightning McQueen style car cake for a friend for her son’s 1st birthday. This is the first time I’ve made a cake for anyone  outside my family so I was really nervous but it turned out pretty cute. The friend wanted the LM cake for just her son … Read more 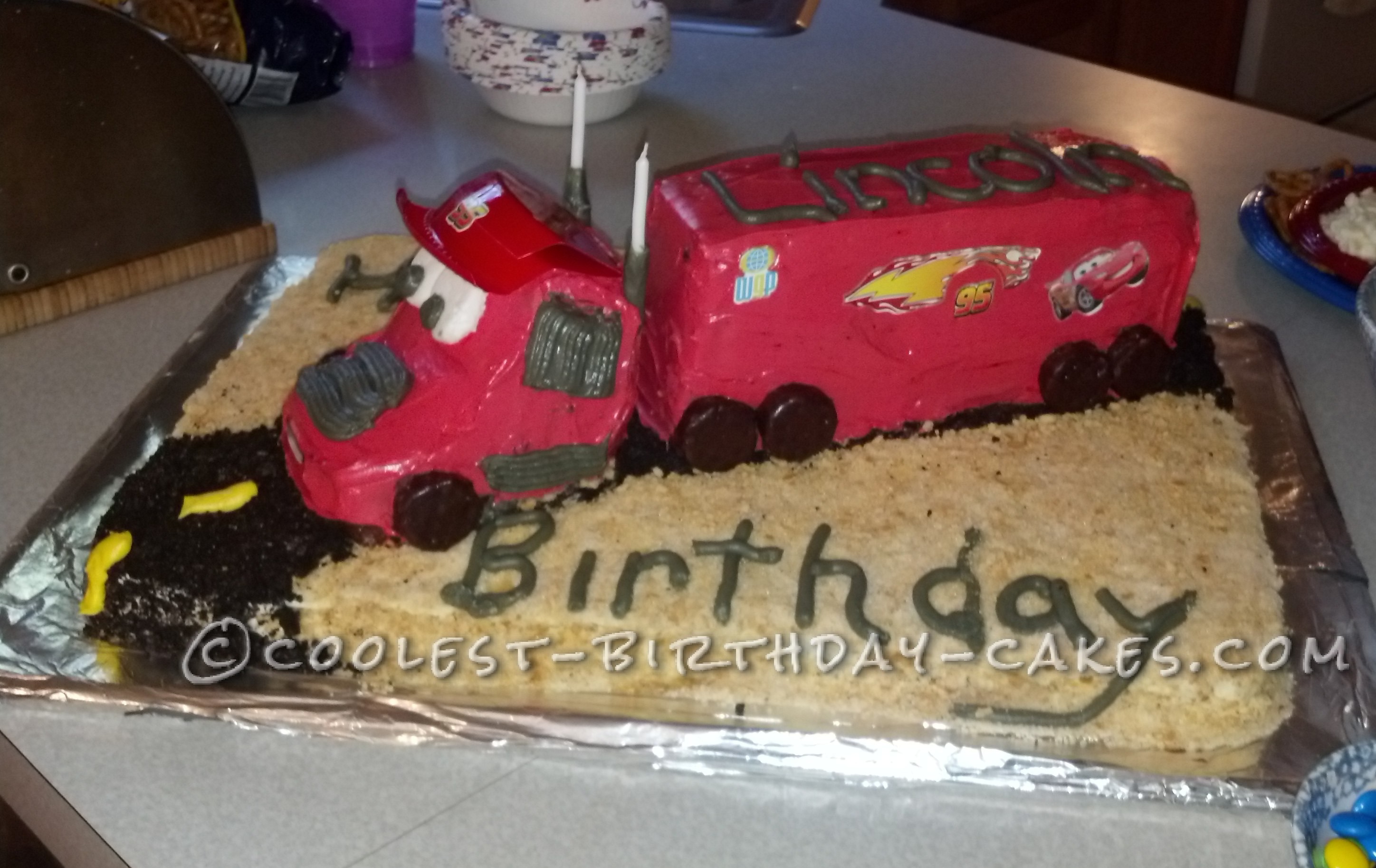 This 3D Mack cake was a beast!  I made this cake for my 2  year old son’s birthday because he is literally obsessed with the character Mack from the Disney movie Cars.  Anytime we are out and about he points out all of the trucks and of course calls them by name, Mack!  So I knew … Read more 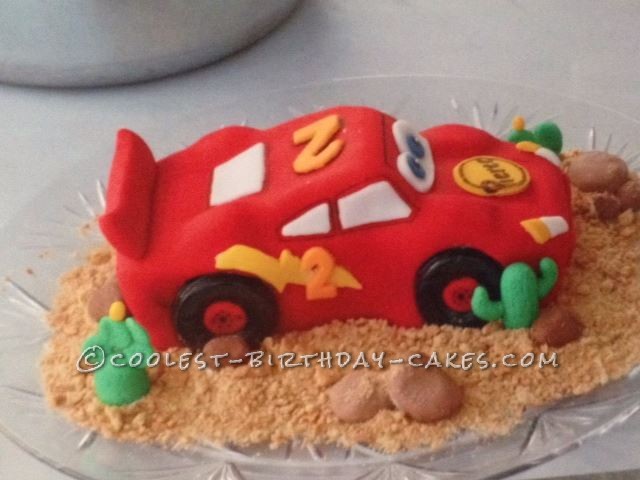 For my nephews 2nd birthday, I wanted to give him something besides the normal everyday gift. It took a while, but 2 days before his party, I decided to “make” him a Lightning McQueen cake (his favorite character). I was pretty good at doing “cupcake ” themes, so I figured it couldn’t be too hard. … Read more 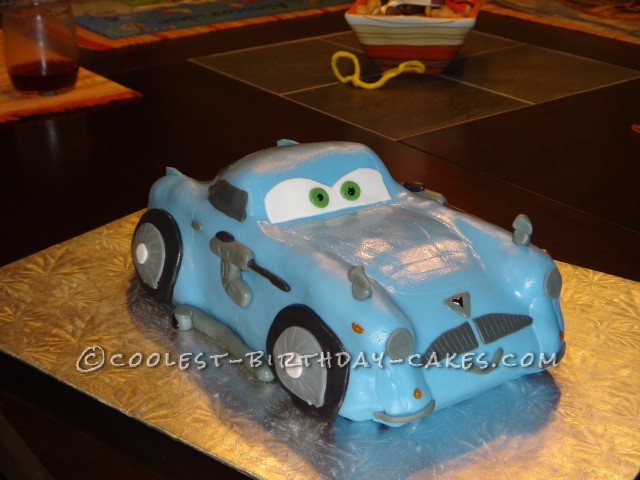 I made this Finn McMissle cake for my son’s 6th birthday. I used the Wilson’s car pan and then trimmed the cake until it resembled Finn McMissle. I find it easier to trim the cakes after they have been frozen. Freezing the cake also makes it more moist. I also used a toy Finn as my … Read more 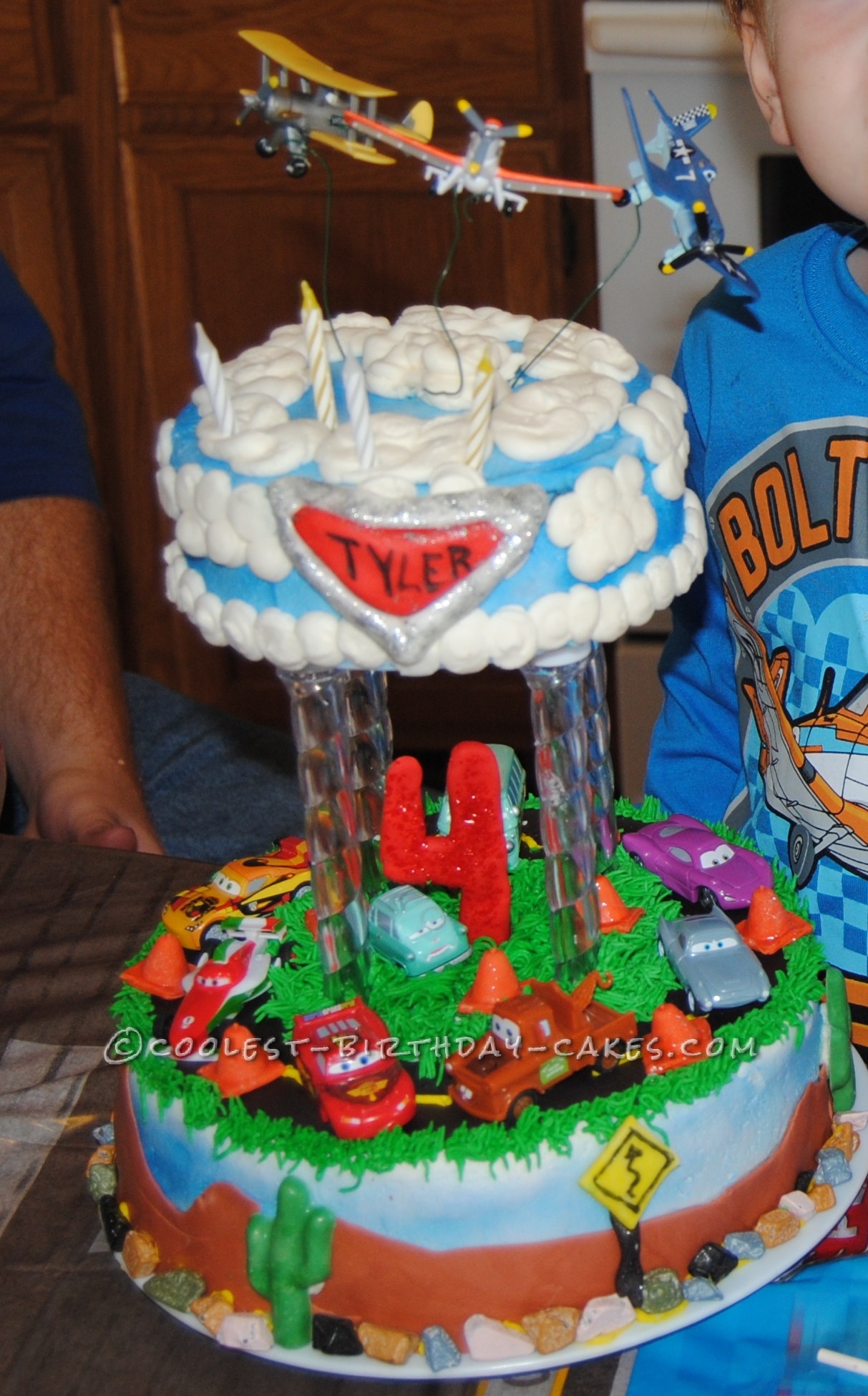 I started with a 6 inch funfetti cake filled with butter cream, and frosted it Americolor sky blue, then added clouds with a # 12 tip and attached the planes from the Disney planes character set to florist wire and stuck them in the cake. Next I made the road sign, road cones, hills, road, … Read more

My 2 year old son is obsessed with the character Finn Mcmissile from the movie Cars 2 so I decided to make him a Finn Mcmissile birthday cake for his 2nd birthday. I baked two banana chocolate cakes using a rectangular shaped tin for the base and a square one for the top of the car. … Read more 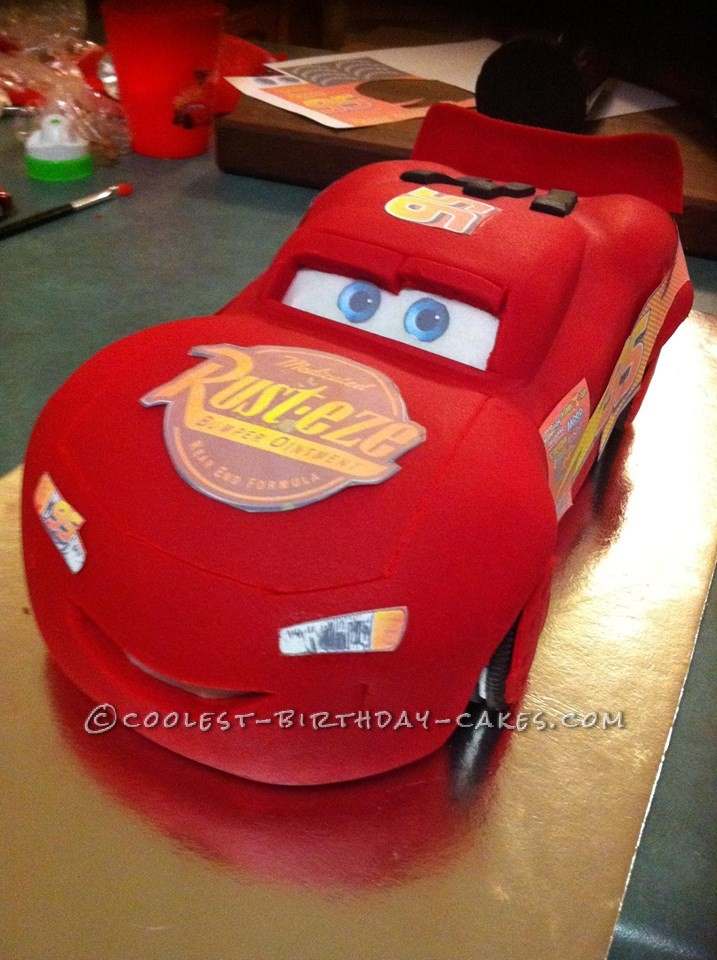 I started this Lightening McQueen Cars birthday cake with a two layered rectangular chocolate mud cake , a steak knife and a toy car to look at /copy.  Off I began carving bit by bit , little by little …. until I was finally satisfied with the shape. I can tell you, I thought at many … Read more 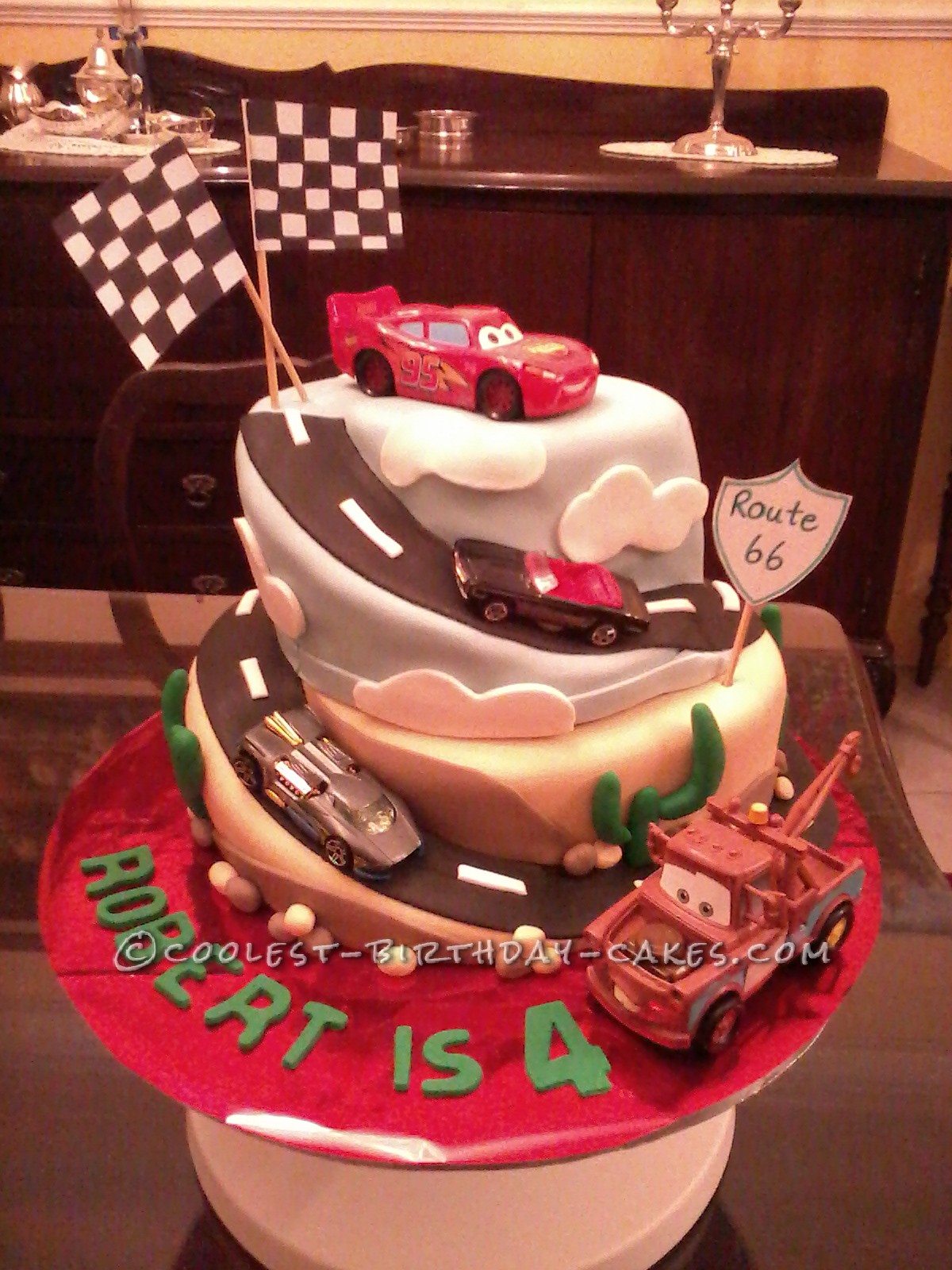 I did this Cars spiral birthday cake for my son’s 4th birthday. He is a big fan of the Disney Pixar film ‘Cars’ and when I asked him how he wanted his birthday cake, he immediately said ‘Lightning McQueen’. He already has some small toy Cars characters from the film so I thought of putting them … Read more 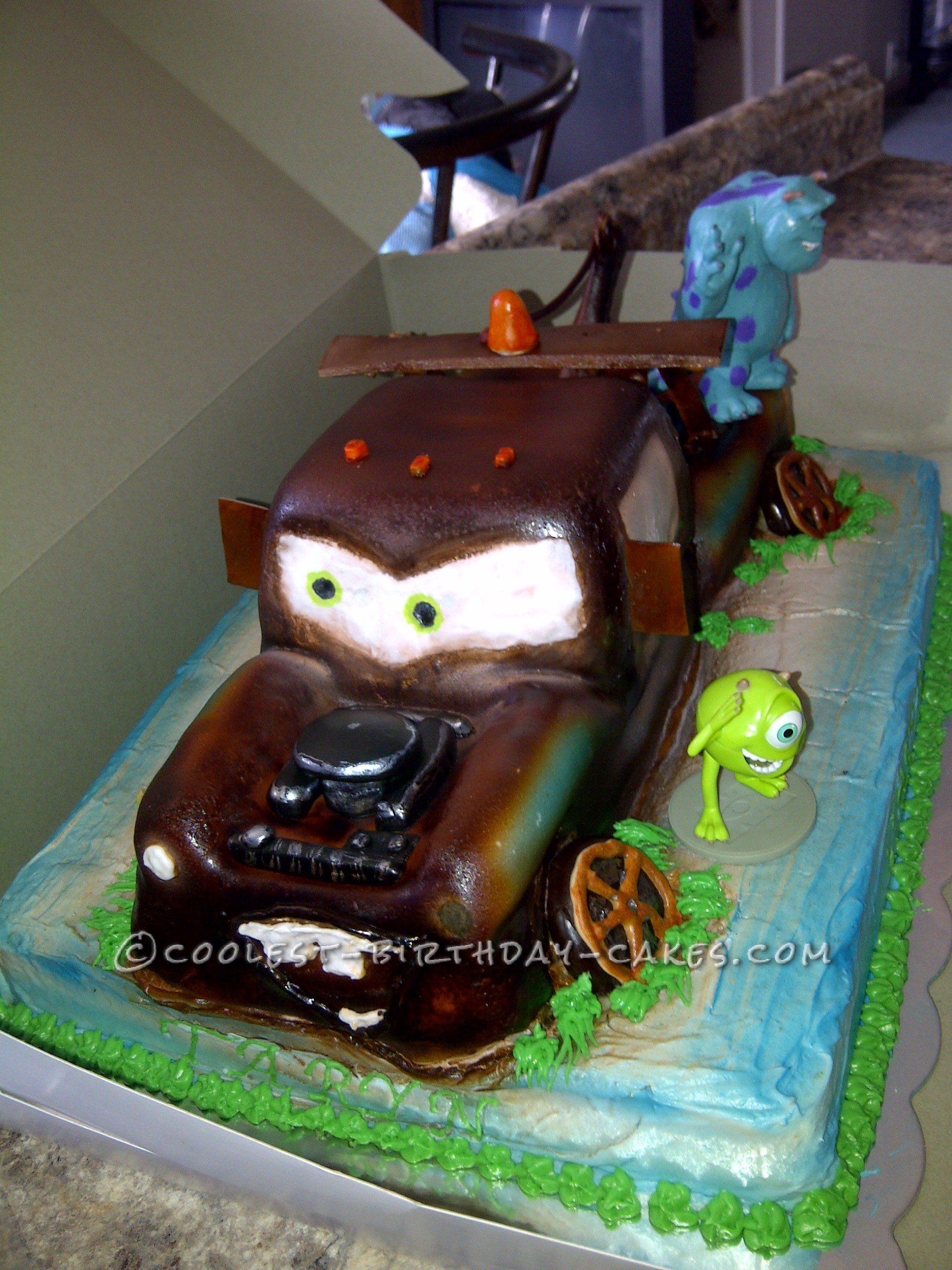 I had a lady call me asking if I could make a Mater cake for her 15 year old daughter.  I have actually never made a 3D cake like that before, so I wasn’t sure I would be able to do it. I just bought a small square pan, a 6x6x2, and baked 2 loaf … Read more 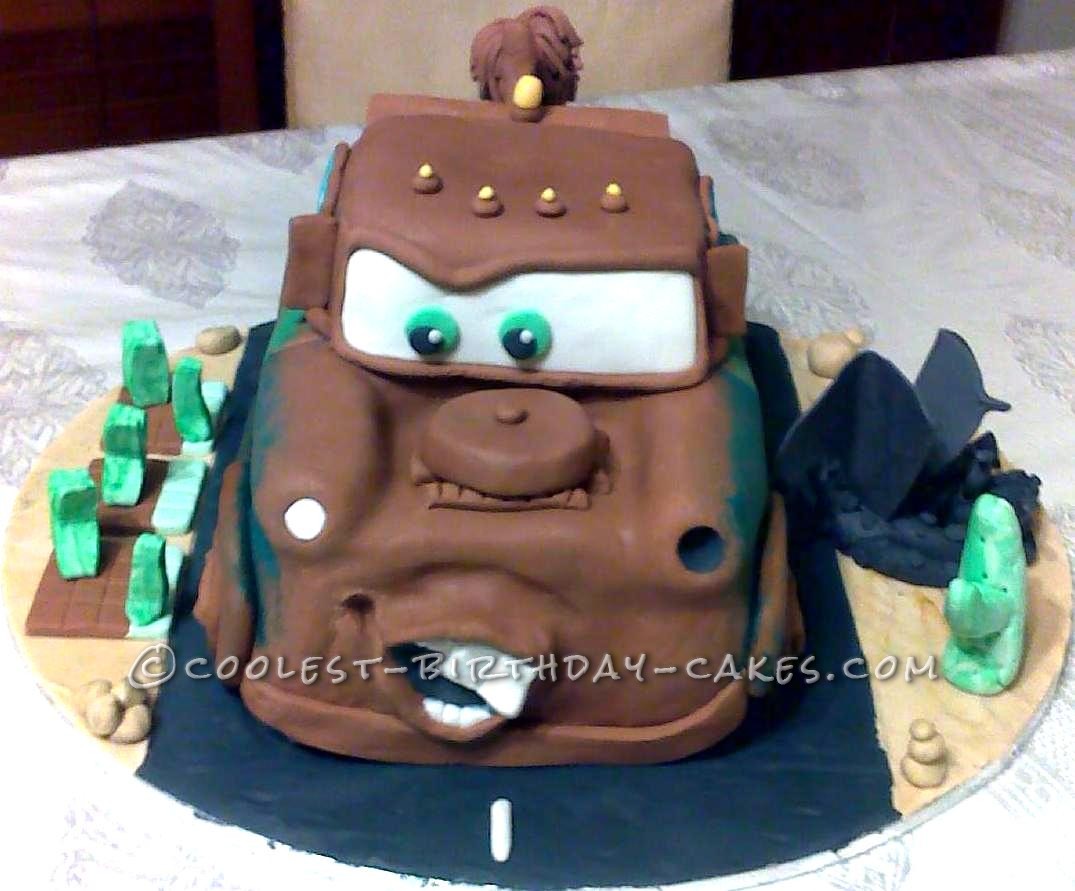 I was asked at the very last minute by my son to make a surprise birthday cake for his best friend and could I incorporate his favorite things, his favorite movie as a kid, Cars, with Mater being his favorite character, his favorite games, Skyrim and Minecraft and his favorite series, Sherlock. Now his birthday … Read more