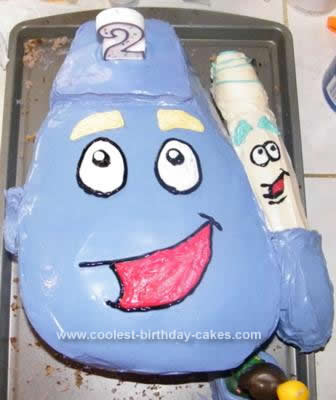 My daughter LOVES Dora the Explorer but I didn’t want to pay an arm and a leg for one from a grocery store bakery and I’m pretty inventive so this Homemade Dora’s Backpack Birthday Cake Design is what I came up with. I made 2 rectangle layers then cut them to shape after freezing them. … Read more 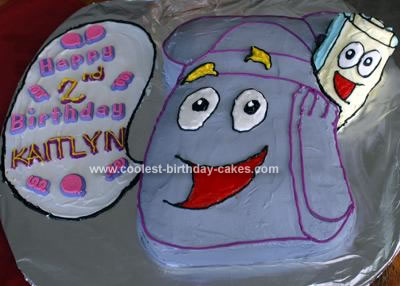 I baked a regular 9″ x 13″ cake and trimmed along the top, sides and bottom corners to get the curved Backpack shape. I used two of those extra cake pieces, iced together into a rectangle, to form Map. I propped the Map piece up a little to give him a 3D effect, and held … Read more 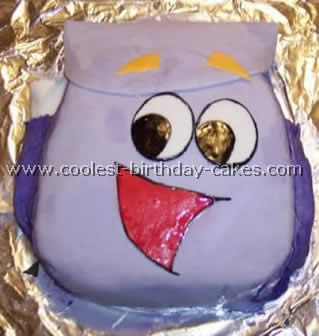 This Dora backpack cake was my first attempt at a fondant cake. In fact Im pretty ambitious and decided to make the fondant from scratch (something I had to try but wouldn’t recommend nor would I attempt it again!). I started with a standard yellow cake recipe (from scratch of course!) in two 9″ round … Read more 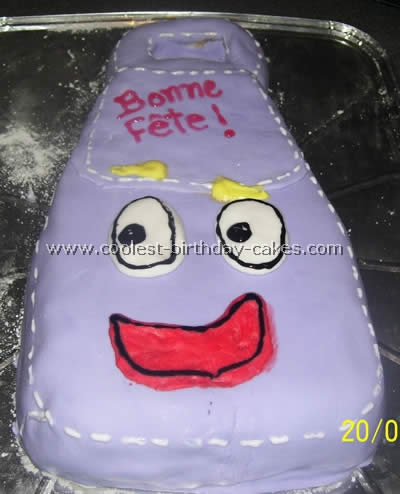 This Dora backpack cake came to me as a prefect cake to make for my daughters 2nd birthday. She received a Dora Backpack for Christmas and from that day on she didn’t let it out of her sight. Using one cake mix the cake was made out of a 9″ x 13″ sheet pan. When … Read more 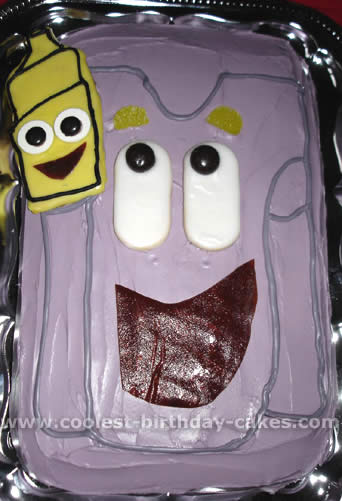 This Dora cake was made by using a 9×13 pan. Purple frosting covered the entire thing. The “map” was made by using a cut and frosted graham cracker. The eyes of the map were Necco wafers and M&Ms. The mouths were fruit roll-ups. Backpack’s eyes were frosted Vienna fingers and junior mints. I was inspired … Read more 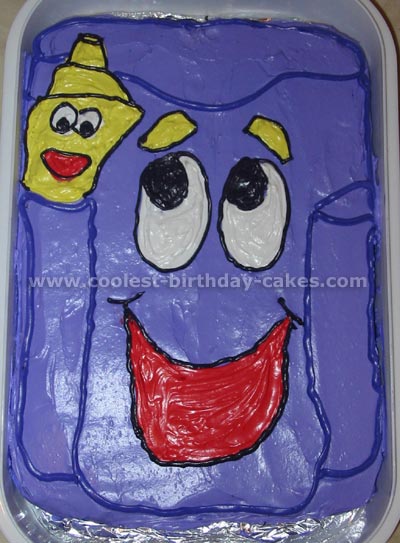 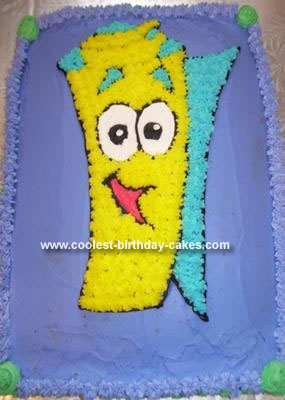 My niece is a HUGE fan of Map and asked me to make her a Dora Pal Map Birthday Cake. So I traced an enlarged picture of Map onto a flexible plastic cutting board. After icing a 13 x 9 rainbow chip cake with purple icing I used a toothpick to trace around my home … Read more 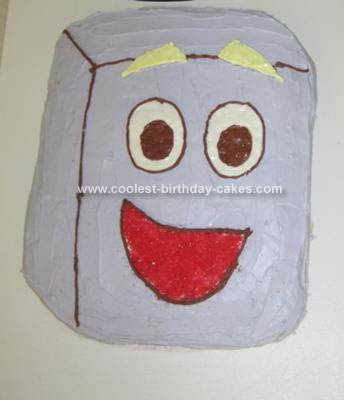 This was an easy way to make Dora’s backpack. I put parchment paper under a 9×13 yellow cake from a box, baked, cooled and pulled the cake out onto a cutting board using the paper. I made sure the cake was chilled before cutting it down to shape- It was easier to frost when cooled … Read more 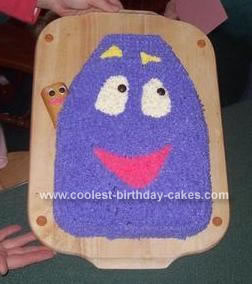 My daughter loved Dora, but her favorite character on it was Backpack and Map. I just used a 13 x 9 cake pan and then cut the corners off for Backpack. I then decorated it using a star tip. For the eyes I used brown mini M&M’s. For Map I took a strawberry cake roll … Read more 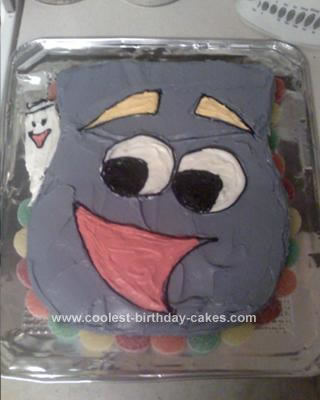 This is my homemade Dora Backpack and Map cake I made for my daughter’s 3rd birthday. It was quite easy to make. I looked online for ideas and found images. I used two one layer cake pans and laid them together. Cut out the shape and frosted with frosting that I died with food coloring. … Read more 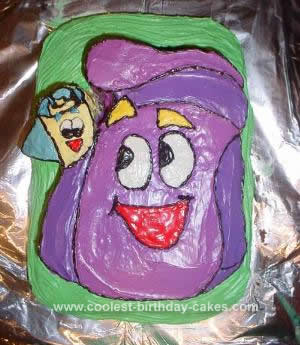 My daughter watches Dora all the time, so what better way to celebrate her 2nd birthday than to have a Backpack and Map Birthday Cake. I made two 13×9 cakes, I used one as the base and the other (placing it on top of the base) I cut out in the shape of Backpack from … Read more