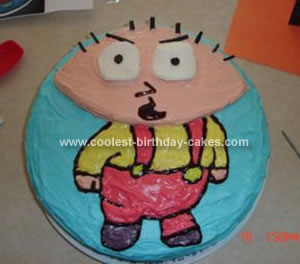 This is a cake I made for my 12 yr old son. It is of Stewie from the family guy show on TV. I started with a round cake pan. I used a double cake mix out of the box, Betty Crocker I think. I put most of the mix in one round pan and … Read more 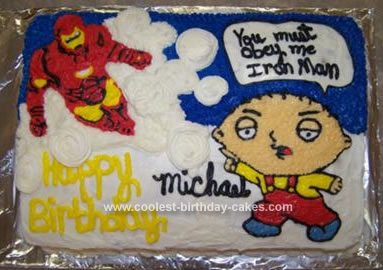 This year, for my husband’s birthday, I decided to make him a cake with the two characters he really likes, Iron Man & Stewie from Family Guy! So I drew Stewie pointing his finger at Iron Man and saying You must obey me Iron Manas he flies away! He loved the Stewie birthday cake and … Read more 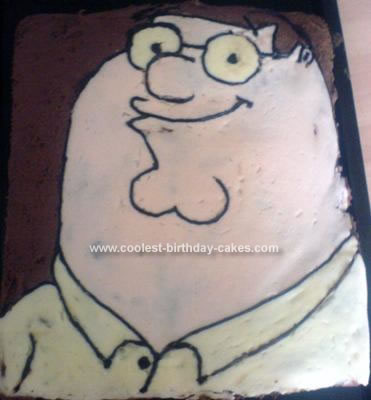 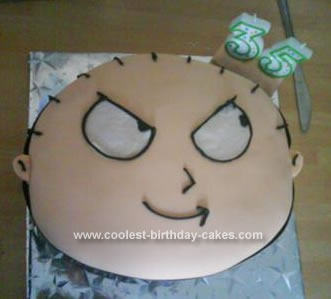 My fiance Wayne is a huge fan so for his birthday party this year I made him a Stewie cake. Just the head as I was pushed for time so the end result literally took me half an hour to ice. The cake is a chocolate sponge, covered in a Bournville buttercream finally covered in … Read more 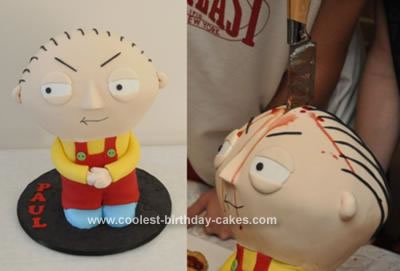 This Stewie Cake was made for my nephew’s 13th birthday. The head was made with two oval cakes which were carved to shape. The body was made with a rectangular coconut cake which was cut into four and then stacked together and carved. The kids had a blast cutting it and put cherry juice on … Read more 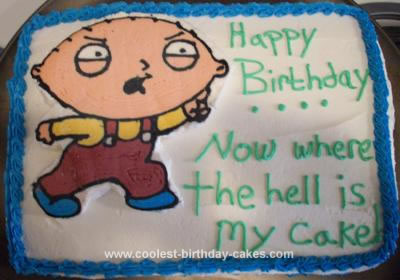 My friend is a huge fan of Family Guy and for her birthday I made her a Stewie Cake. It’s all made out of butter cream frosting. 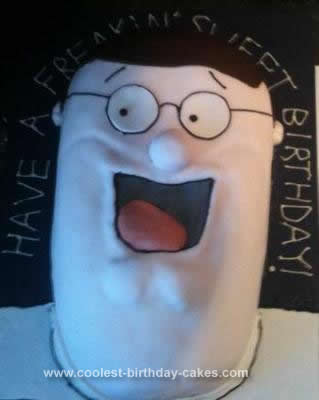 I made this for my boyfriends’ birthday as he is a big fan of family guy and I wanted to make him an original birthday cake. I made it by making two rectangular pound cakes which were sandwiched together with jam and butter cream. I then carved the shape that I wanted (I made a … Read more 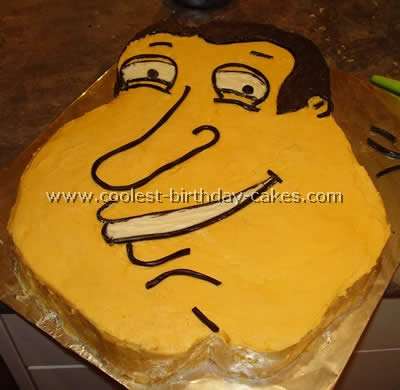 A friend loves Quagmire from the Family Guy show, so I decided to surprise him. I did not make the cake I just bought some sponge cakes from the local supermarket. I free drew a template, copied from a picture and cut the Family Guy cake to fit. I made butter icing and colored it. … Read more