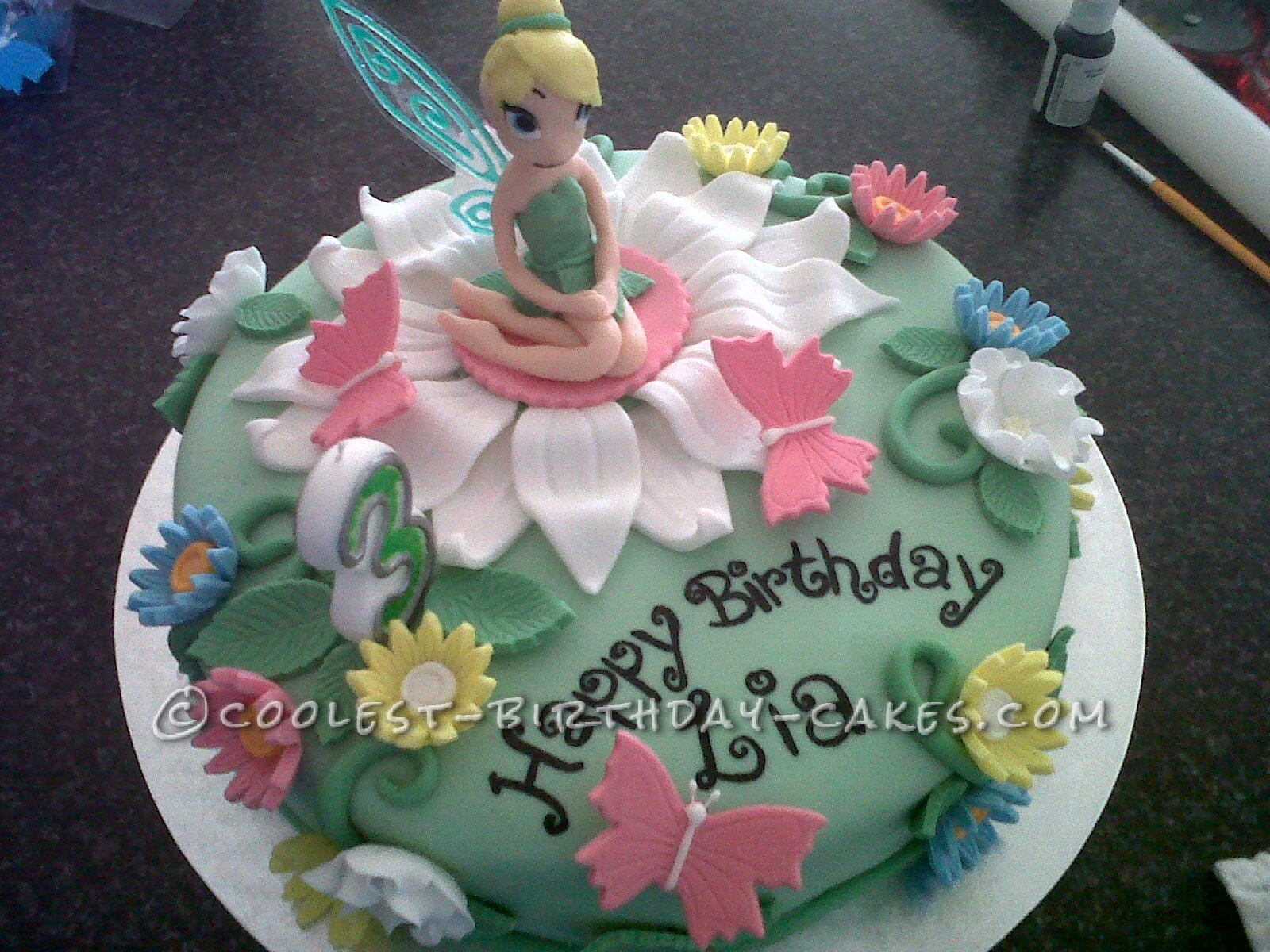 A school friend of mine, asked me to make a “Real Tinkerbell”’ cake for her daughter’s 3rd Birthday! REAL, meaning the girl did not want any fake fairies or dolls (who are not Tinkerbell) on her cake, she wanted a fairy that looked exactly like the Real Tinkerbell! I tried finding a plastic figurine, but this being … Read more 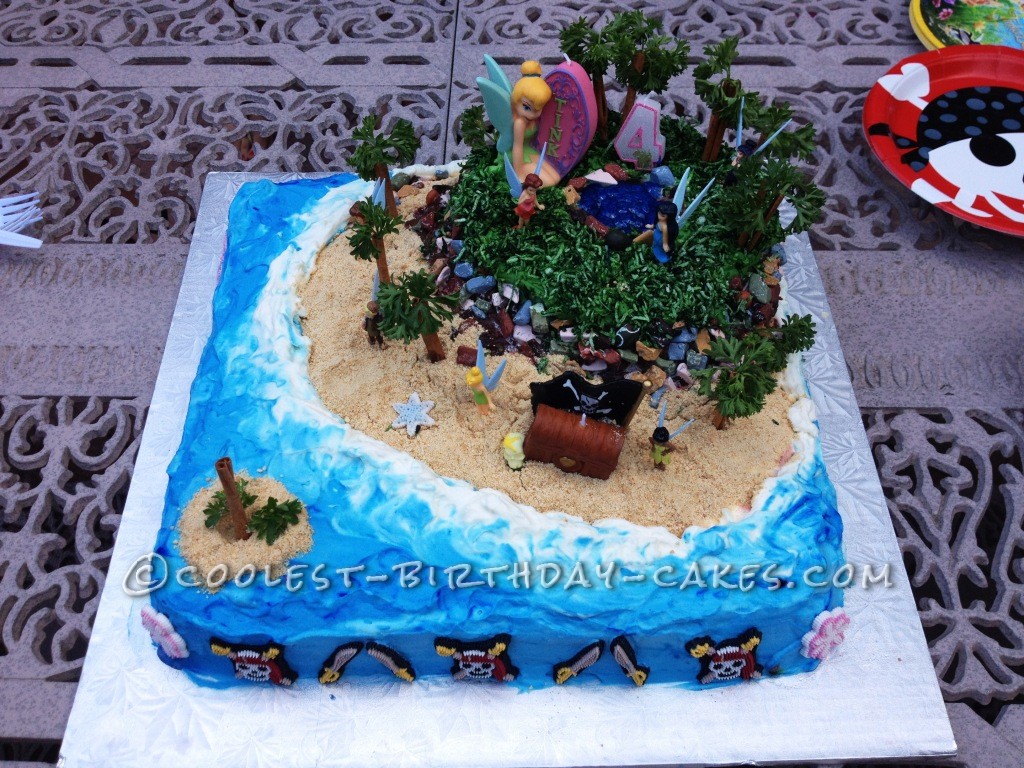 “Fairies and pirates, pixie dust and buried treasures… how do I capture that in a cake?” That was all I could think of in my jet lagged, exhausted head. My daughter’s 4th birthday party was 3 days away, and I had just landed after a 24h flight, and was devising a strategy on how to prepare … Read more 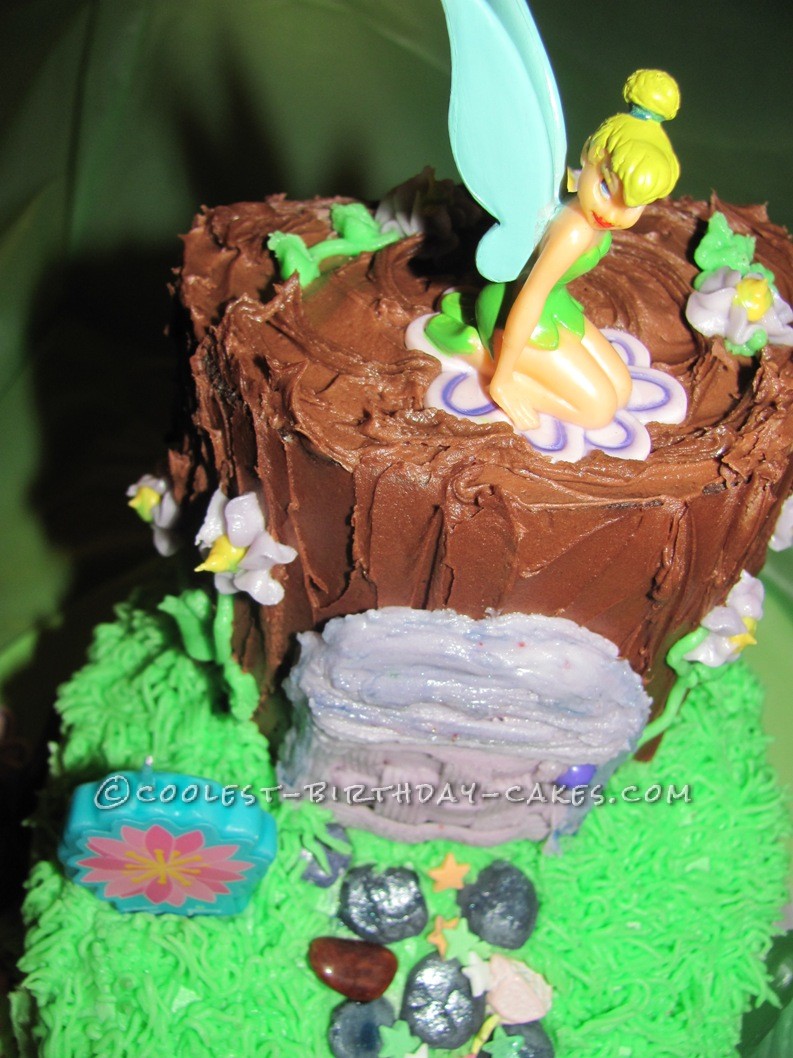 This Tinkerbell cake is a medium oval plus a small oval chocolate cake, split with strawberry jam on top, and the “tree” is half of a chocolate cake roll (cheated-store bought!).  Iced with butter cream and royal, I’m not crazy about fondant. The path to the fairy door is candy rocks and fondany pebbles, grass etc. butter cream. I found … Read more 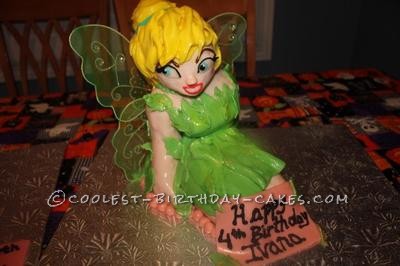 I made this Tinkerbell birthday cake using rice Krispies. I sculpted it to my liking and then made the icing coat. I then made marshmallow fondant and had fun making all the different colors. I then applied the fondant according to the most common colors needed for Tinkerbell. I cut out leaves for her dress and it turned out … Read more 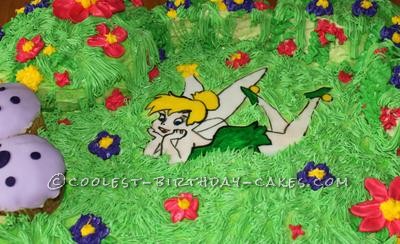 This Tinkerbell cake was donated to an organization called Birthday Dreams. I bought a Tinkerbell doll to put on it. Then I saw that it was for a two year old. Not a good toy for a 2yr. old.  So, I rolled out fondant and traced a picture of  Tinkerbell, then colored her in with … Read more 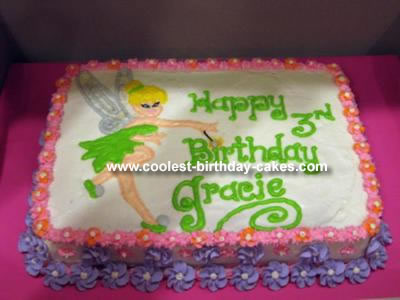 I made this Tinkerbbell cake for my niece’s 3rd birthday. I used her party invitations to get the idea of Tinkerbell’s pose and using her wand to dot the “i”. I used the Wilton recipe for buttercream icing, and the Wilton colors to tint the icing. When filling in Tinkerbell, I first thinned out the … Read more 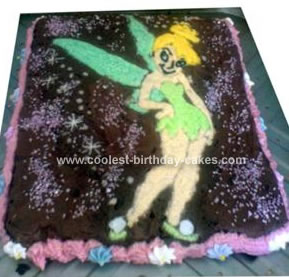 I made this Tinkerbell cake for a family member who has been an avid fan of Tinkerbell from Peter Pan for years. I wanted to surprise her with a special Tinkerbell cake seeing as most of her presents and cards were Tinkerbell themed this year! I made a chocolate cake and covered it with chocolate … Read more 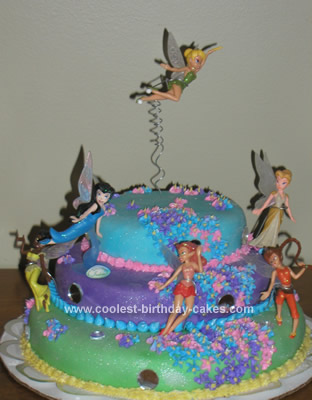 I made this Tinerbell cake for my daughter’s 7th birthday. It was a huge hit. However, next time I will use wooden dowels for stability. I brushed “edible glitter” over the fondant which made it more fairie like. I attached the mirrors with butter cream. You will need: 1-10 inch round Wilton Cake Pan 1-8 … Read more 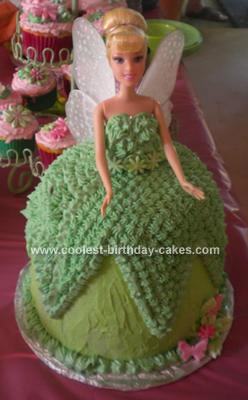 Lauren wanted a Tinkerbell cake so I make this Tinkerbell 3rd Birthday Cake as close as I could. I found a doll and made the cake in a pudding cake tin and found a silver and white butterfly and ripped the middle out so just the wings were left. I used green icing then for … Read more 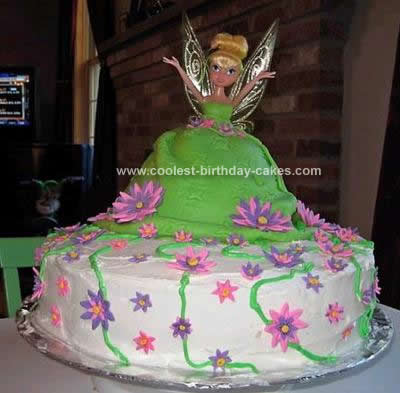 This Tinkerbell Birthday Cake Idea for my daughter’s birthday consisted of 2 large round cakes iced in buttercream frosting. I also made lots of gum paste pink and purple daisies in different sizes. The doll dress was made using the wonder cake pan. I put the Tinkerbell doll into the cake and then covered with … Read more 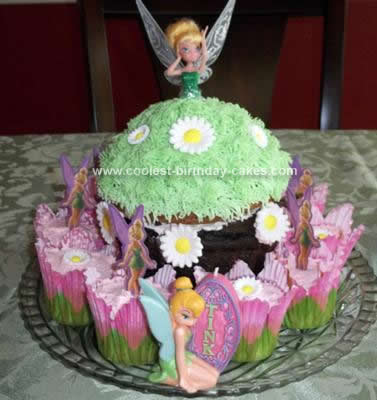 This Tinker Bell Cake is a great cake for novice cake makers (like me). My daughter decided she wanted a Tinker Bell theme, so I checked out this website first for some good ideas. I used a giant cupcake mold and did chocolate cake on the bottom. I ended up running out of time and … Read more 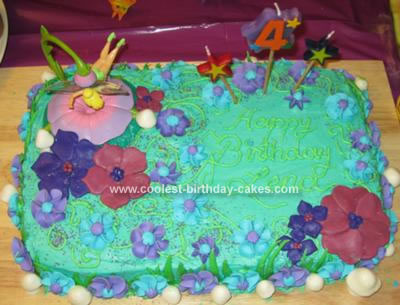 For my daughter’s fourth birthday, she requested a Tinkerbell birthday cake. We started by finding a topper online then a few days before the party I made a ton of royal icing drop flowers in Tinkerbell’s purple and teal. The night before I made marshmallow fondant and shaped the mushrooms, flowers to match the topper … Read more