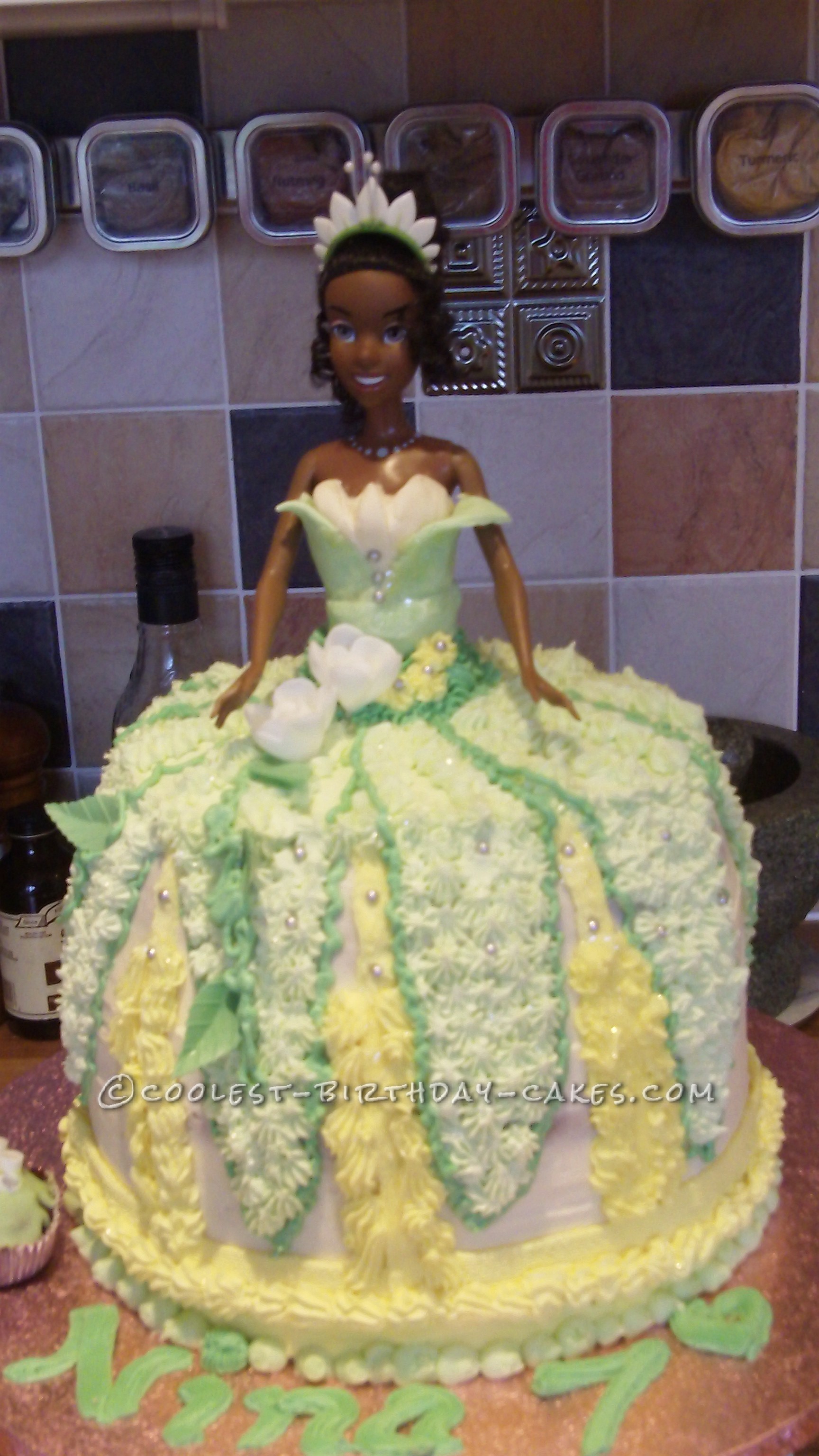 Princess Rapunzel, Princess Ariel,  but Princess Tiana? Oh. It’s hard to find Tiana in the Disney Store. NEARLY impossible. Many of the other princesses are abundant in Disney merchandise, but when you want a Tiana costume or Tiana water bottle- well, you’re out of luck.  This was no different with cakes.  My daughter gazed delightedly at Disney … Read more 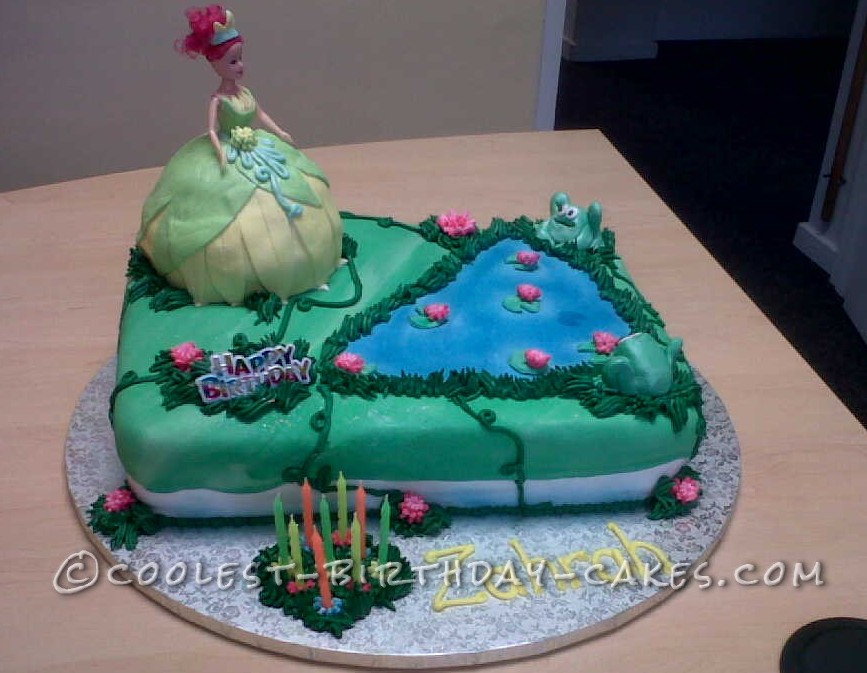 I made this Princess and the Frog birthday cake for my friend’s daughter…she loves the Princess and the Frog and her mom asked if I could possibly try to make something. I looked for ideas on the internet. There’s so many sites with so many techniques I was so overwhelmed but I decided to just … Read more 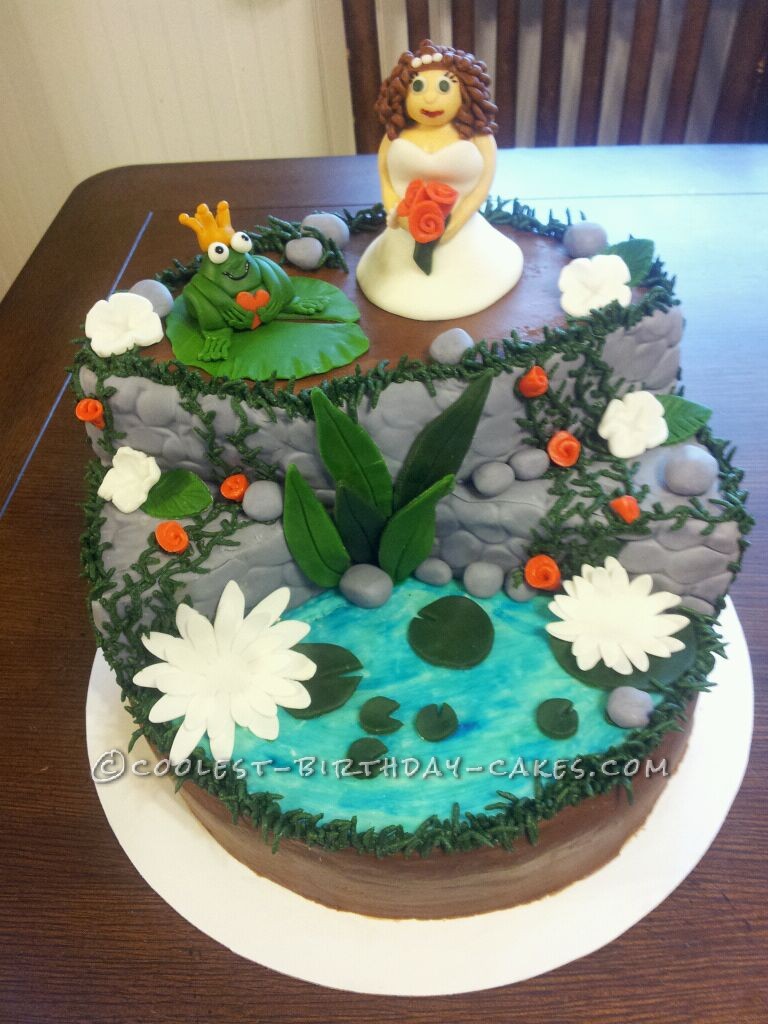 I made this Princess and the Frog cake for my best friend’s wedding shower. We have been friends since 3rd grade! She had been divorced previously and was hesitant to start dating again. After years of dating and many horrible first and last dates and failed relationships, she has found her Mr. Right. Before announcing their … Read more 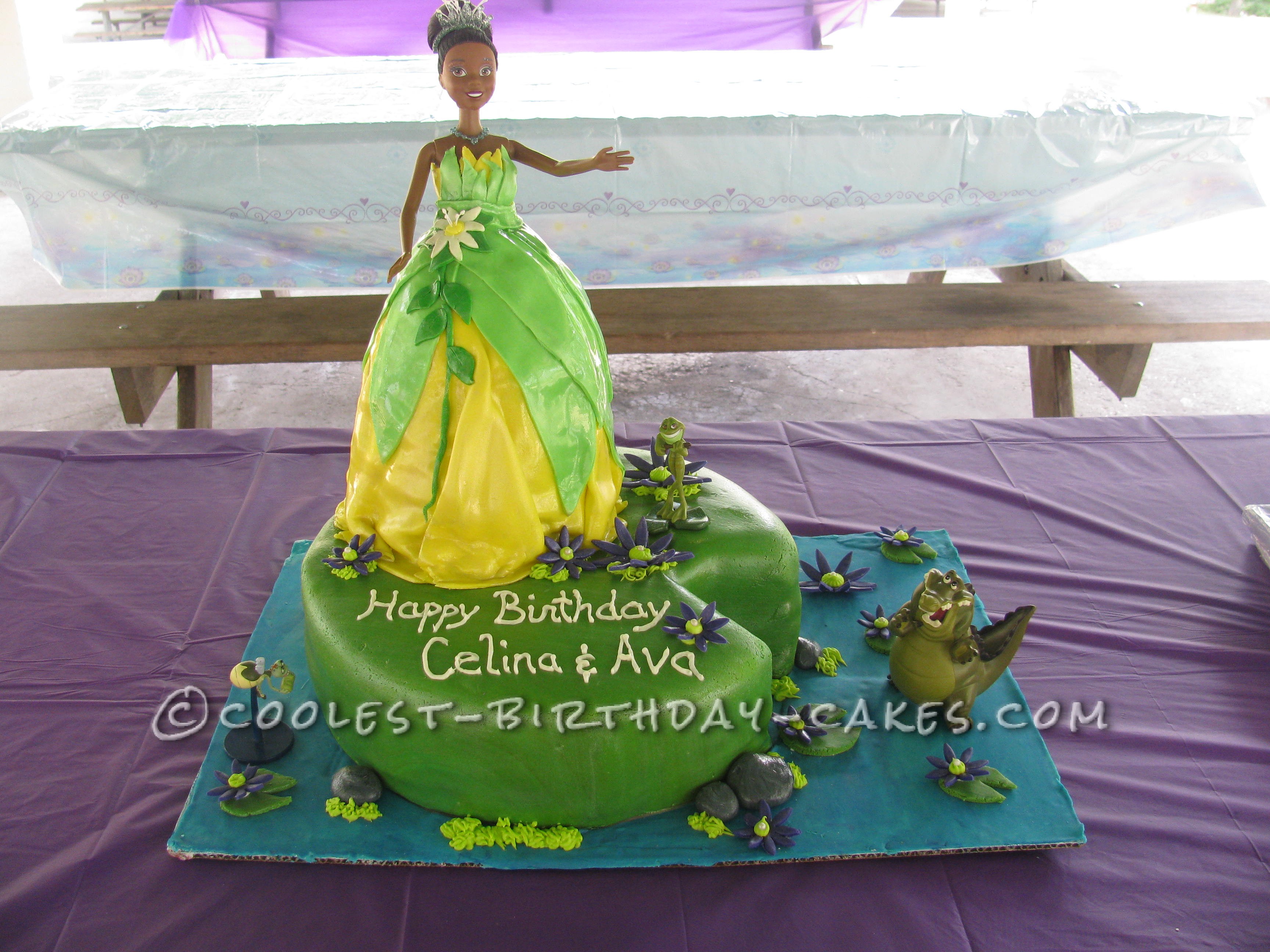 I made this for my 2 little girls 2nd and 4th birthday.  I bought the Tiana barbie doll and baked 5, 4 inch round cakes, froze them (they carve much easier this way), stacked them, gently shoved the doll in the middle and placed the fondant as the dress.  The base is made of round cakes also … Read more 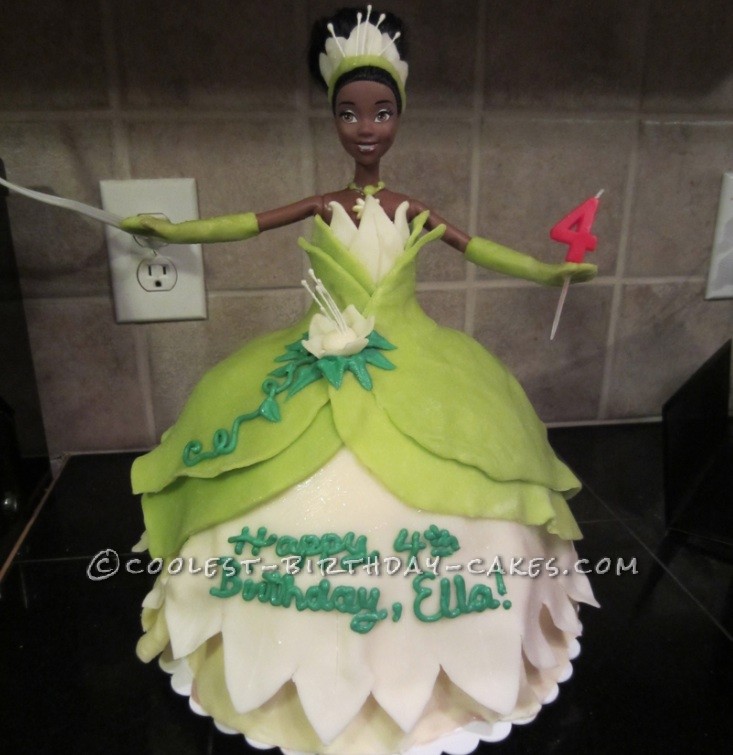 This cake was born of my daughter’s request for a Tiana birthday cake and the decision to do a joint party with another girl turning 4 whose mom wanted to do cupcakes.  We wanted each girl to have a cake with a candle to blow out, but we didn’t need a surplus of cake…so I … Read more 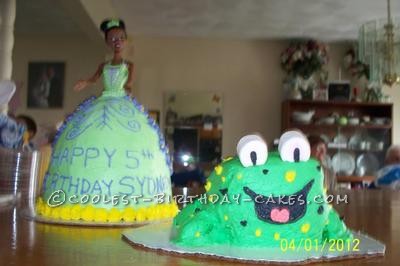 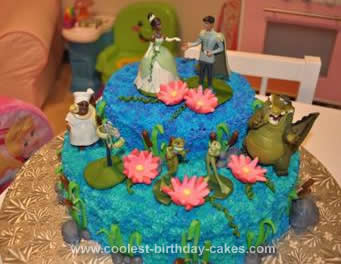 My daughter was turning three, and she wanted nothing more than a Homemade Princess and the Frog Cake for her birthday. I was inspired by the figurines, which I bought at a local Disney Store. I thought they looked absolutely lovely. I am just starting out with cake decorating, and was totally scared of fondant, … Read more 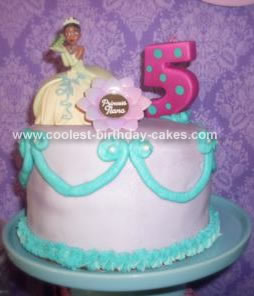 I made this Princess and the Frog Princess Tiana Birthday Cake for my daughter’s 5th birthday party. I made lily pad cupcakes for the party but wanted something stand out and special just for my daughter. I have seen parties where parents give 1 year old’s smash cakes, so I thought a great idea would … Read more 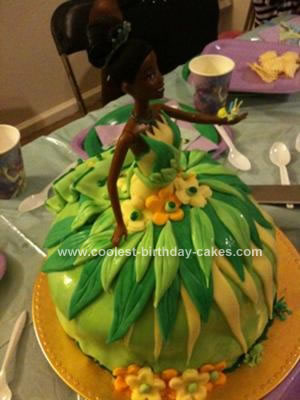 I used two 9 inch round cake pans and a round glass Pyrex oven safe bowl for the top of the dress. I tinted the fondant a light green, dark green, light yellow and dark yellow for the layers of the dress. I used one whole layer of light green fondant to cover the entire … Read more 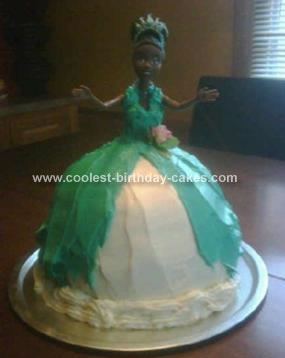 I made this for my friend’s daughters’ birthday party. They love Princess and the Frog so we thought this would be a great theme for them. I used a Pillsbury yellow cake mix for the cake and baked 2 nine-inch rounds and a dome shaped cake in a medium Pyrex bowl. I did a crumb … Read more 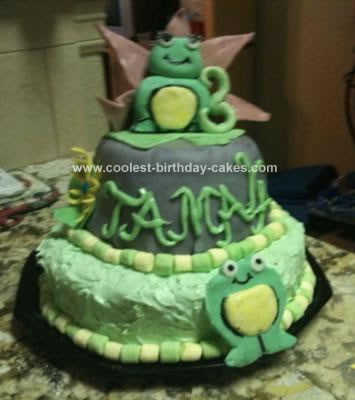 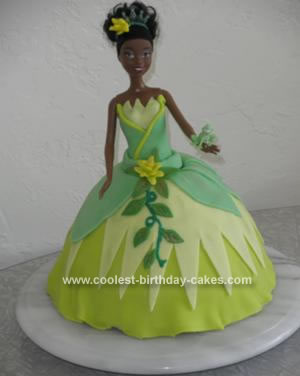 We just loved the Princess and the Frog when it came out so my daughter decided that was what she wanted for her fifth birthday, a Princess and the Frog Cake. Unfortunately I couldn’t find any examples so I was going into it blind. I just used store bought cake mixes in the Wilton Classic … Read more