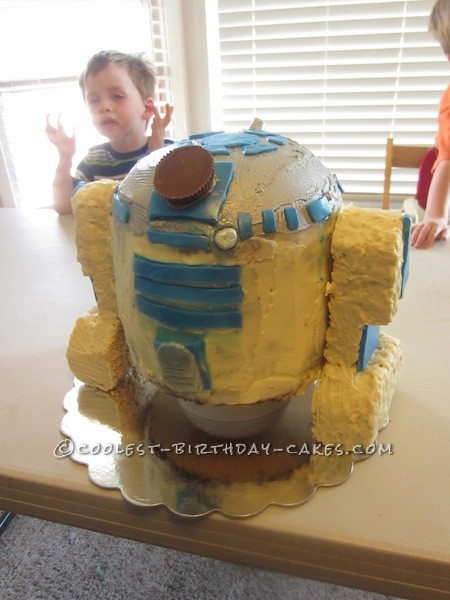 I baked 7 layers in an 8-9 inch cake pan. I also baked one layer in a metal bowl for the top. I froze all the layers overnight for better shaping the next day. As I stacked the layers I spread buttercream frosting between all the layers to help hold everything together. I shaped everything … Read more 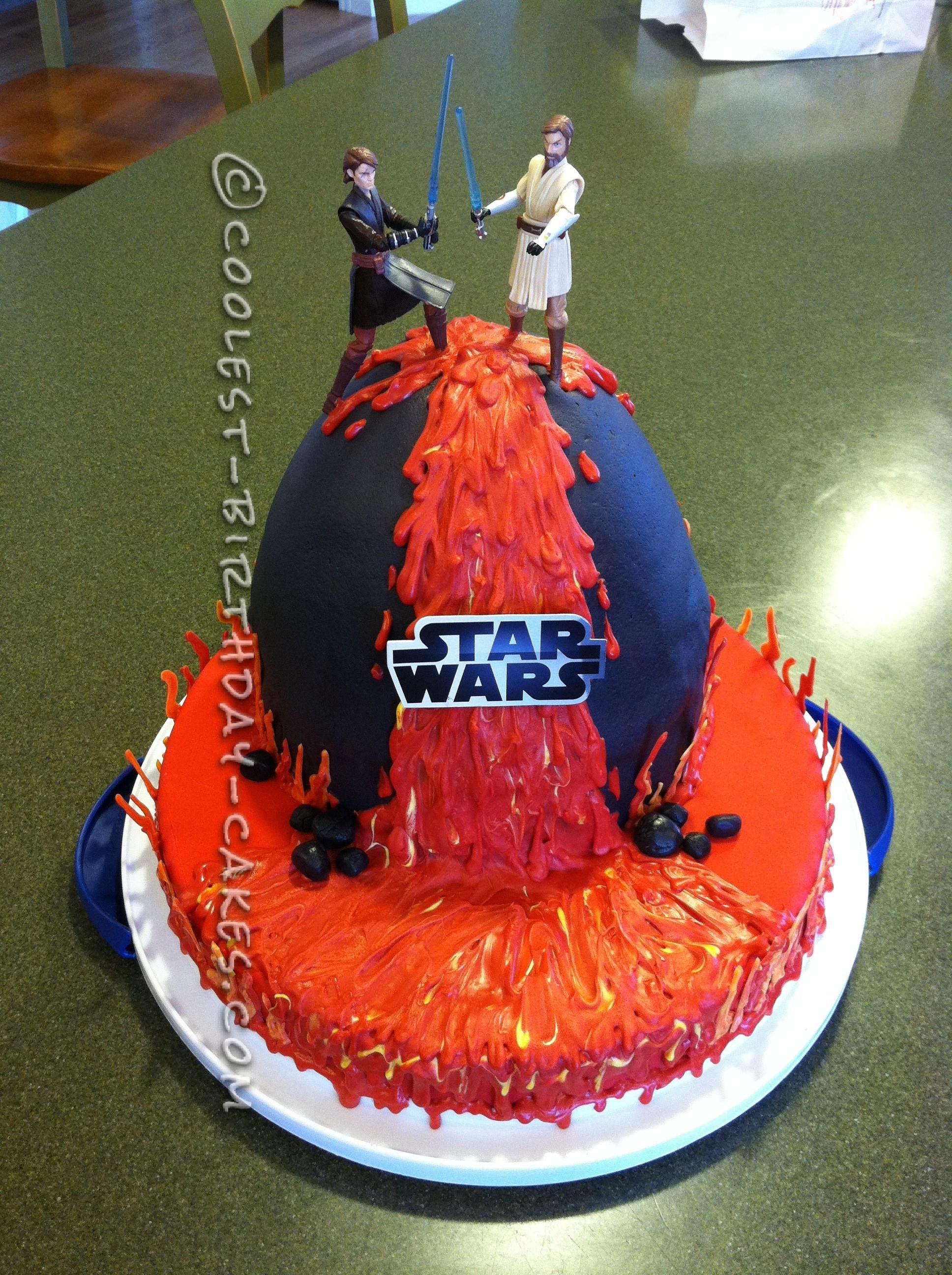 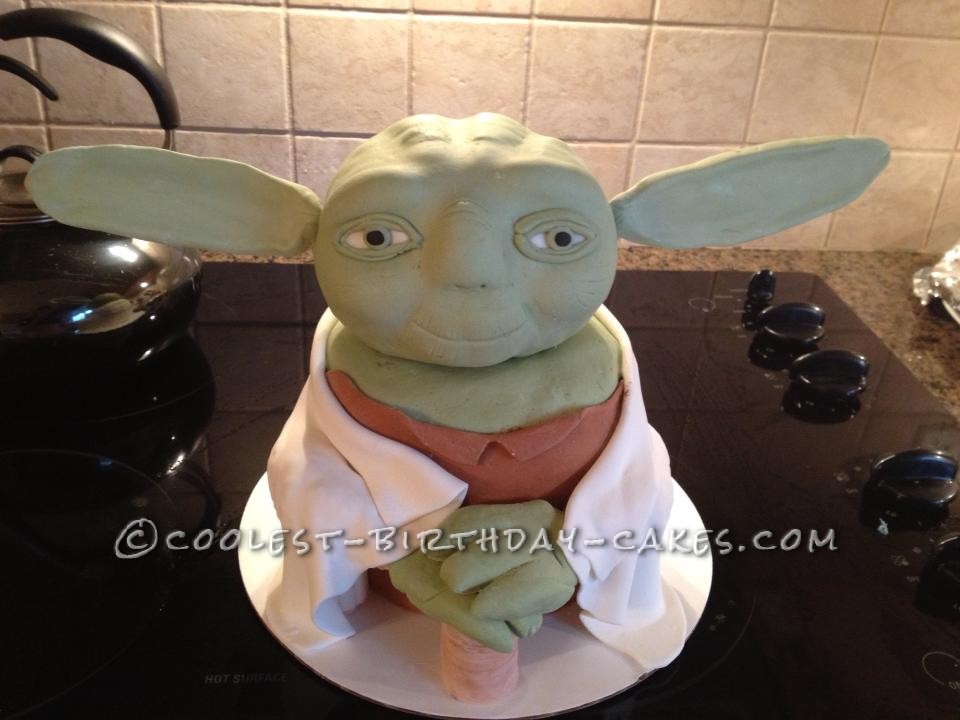 Well, last year for my boyfriend’s birthday I made him a simple R2D2 cake (2D and no fondant). After a year of practicing cakes I knew I had to up my last one. When we first started dating we played a lot of Star Wars: The Old Republic online together so Star Wars is just … Read more 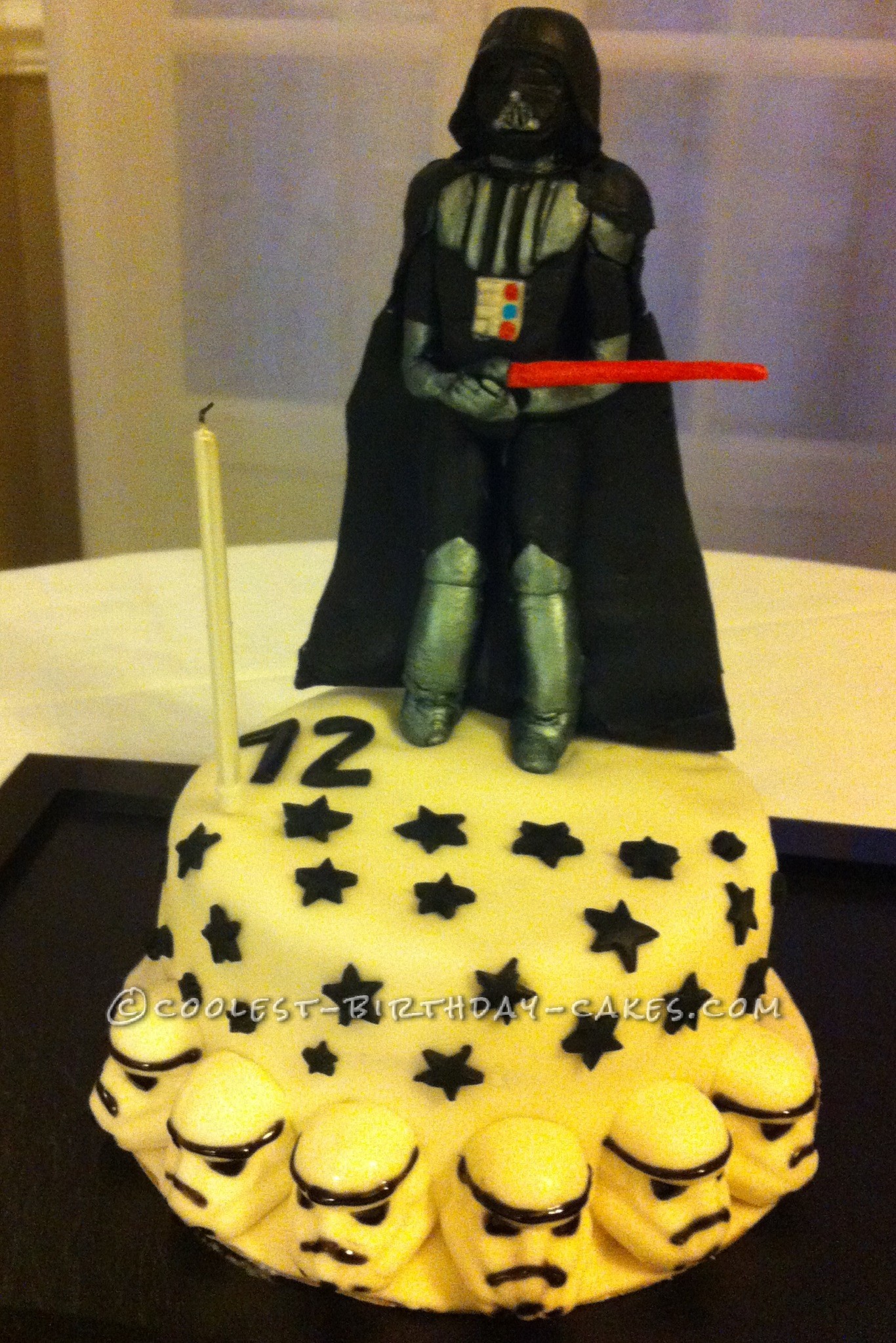 This  Darth Vader birthday cake is the cake I made for my son Matteo, who is now 12. He ‘s becoming a rebel pre-adolescent. Not a bad one, but he always finds a way of arguing on everything I ask from him. That’s why I’m used to call him Anakin. I thought that a Darth Vader cake would … Read more 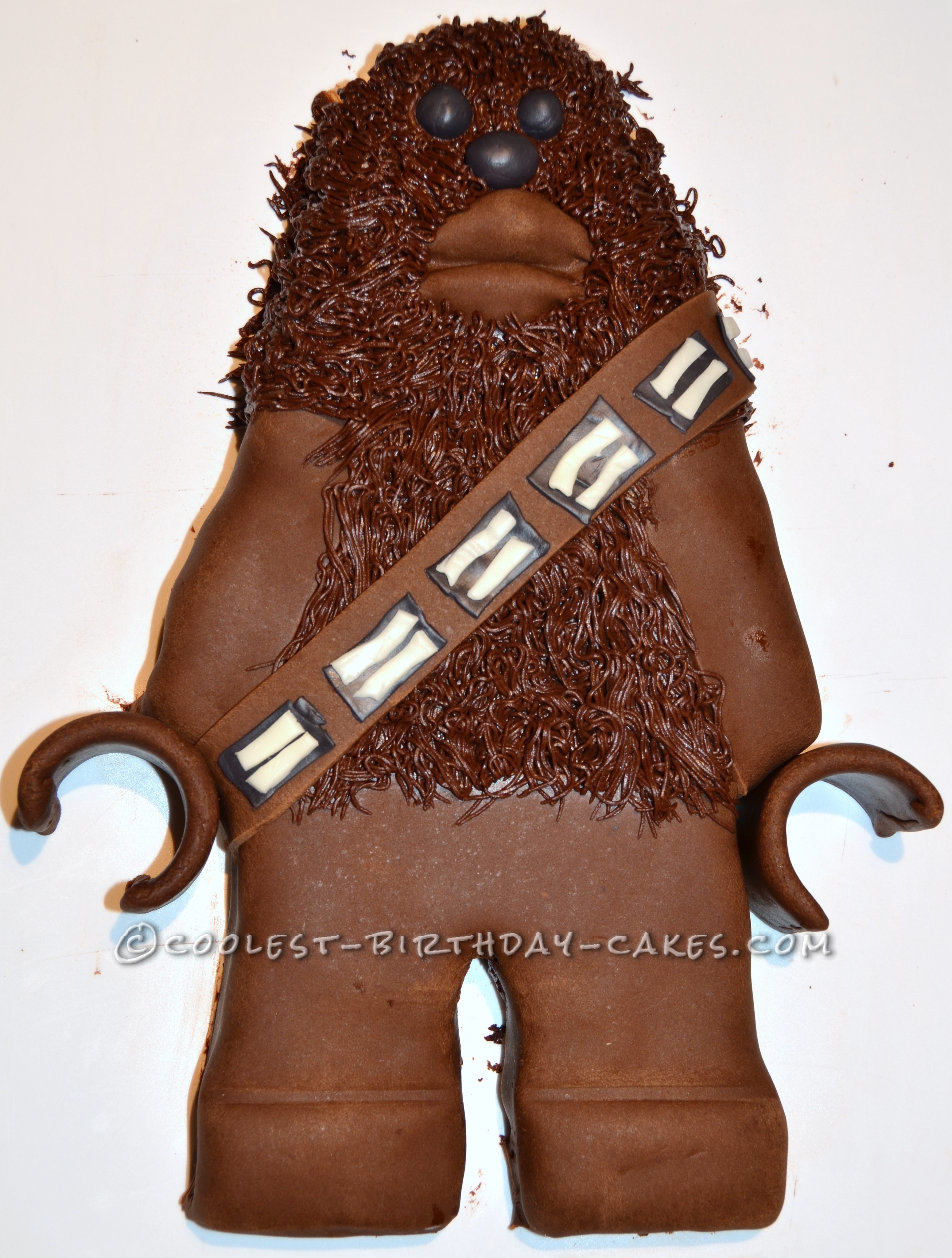 I made this Lego Chewie (Chewbacca) cake for my son’s 7th birthday.  He wanted a Star Wars theme for his birthday and was wavering between Yoda and Chewie as his favorite character. I searched for images of Yoda and Chewbacca cakes and most of the ones I liked were totally awesome with lots of detail … Read more 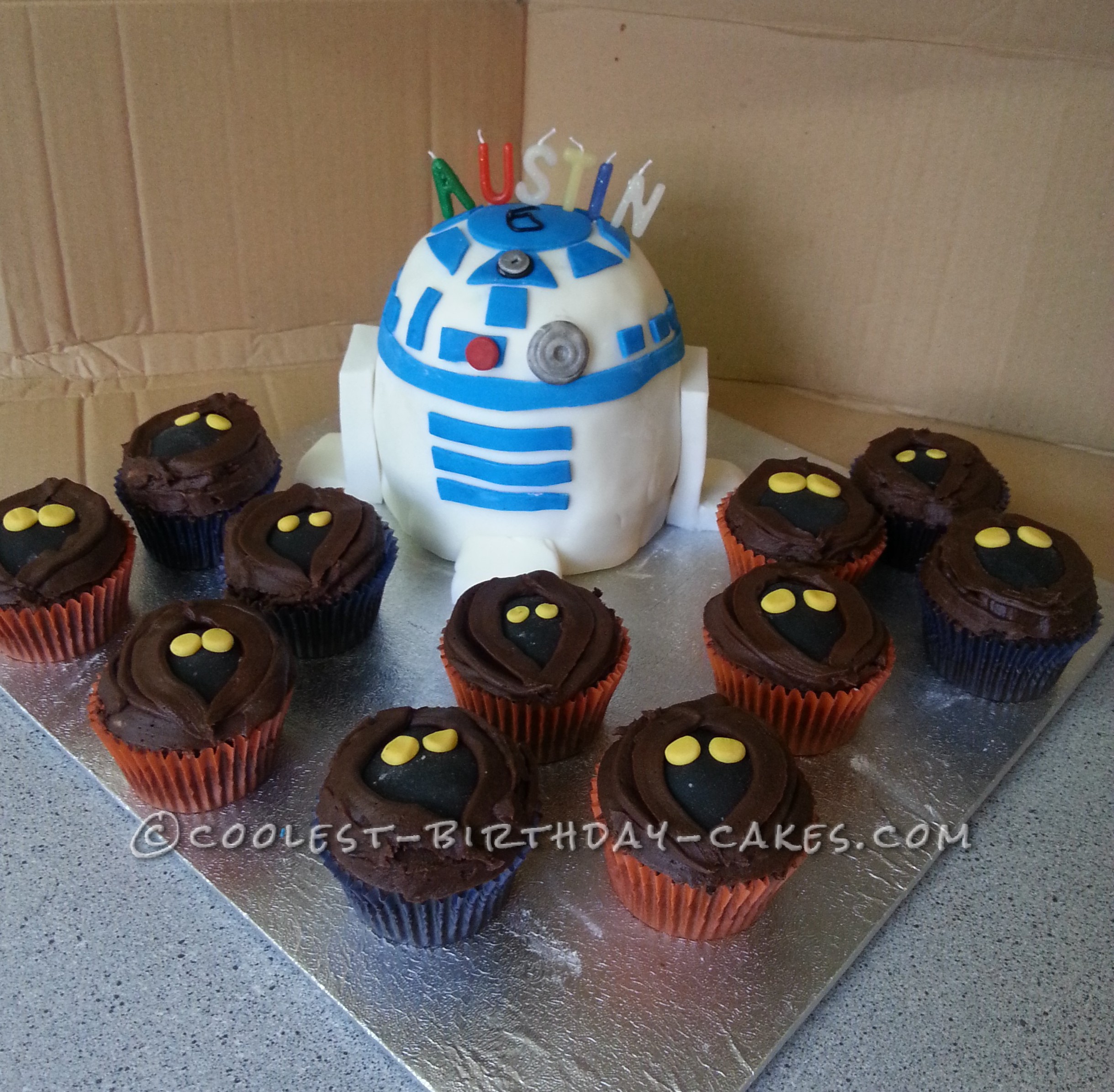 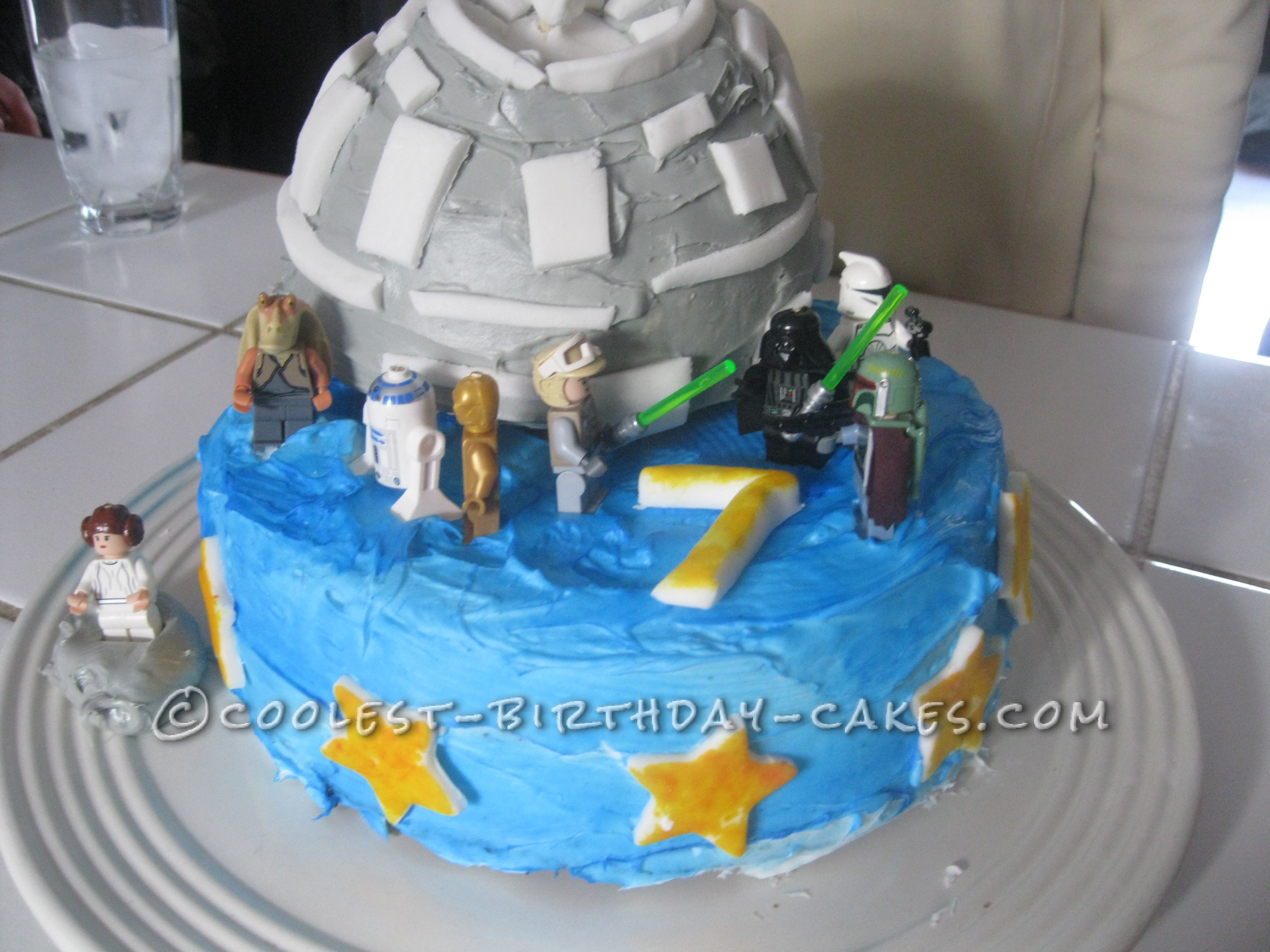 Request “Mommy I want a Death Star for my birthday this year, so here we go! I baked 2 round cakes, froze them for frosting later. Death star? Rice Krispies, I made double batch and rolled into a ball and put in the fridge. I grabbed some fondant and made strips for detail on star. … Read more 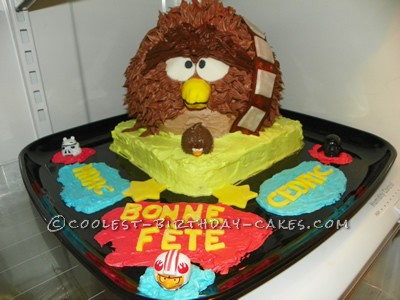 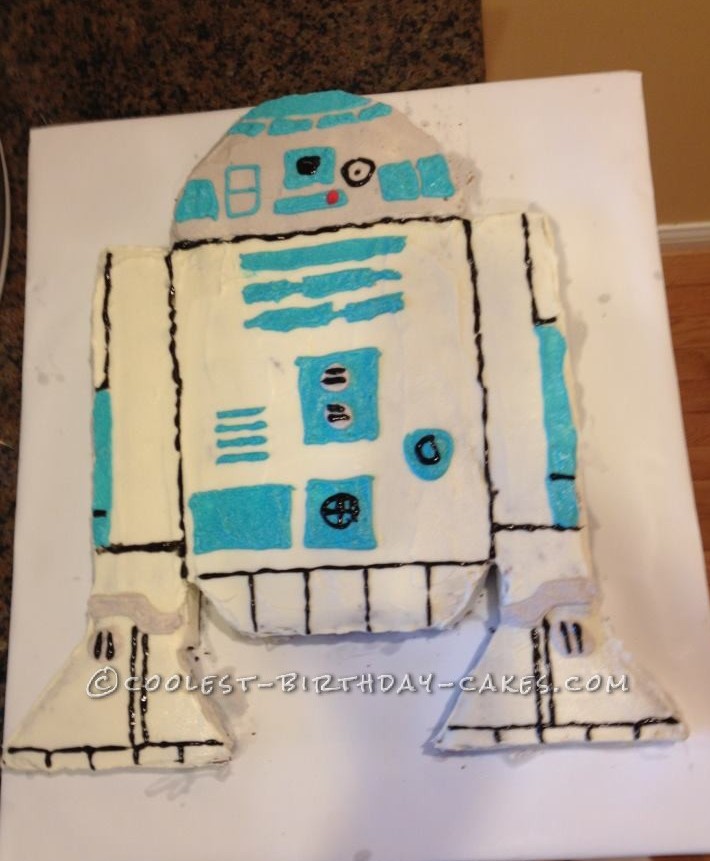 I did this simple R2D2 cake by first making two 8X11 sheets. I used one for the body and the other one for the head and arms. Before cutting them I had previously measured and cut the right proportions for everything. I highly recommend doing that! Also make sure you freeze your cake before cutting. Next … Read more 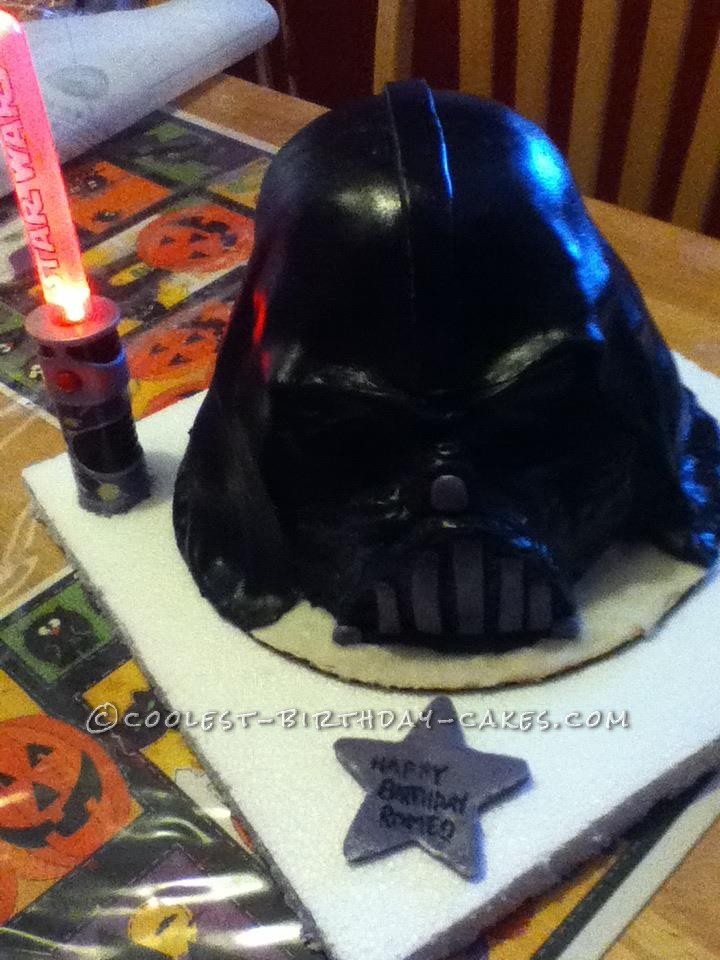 This  Darth Vader Helmet cake was made for a birthday man within 3 days of notice! I really had to pull magic out for this one! I stacked about four 9 inch cakes and two 6×2 inch cakes and carved a simple formation of a would be Darth Vader helmet. Flavor was strawberry with strawberry filling, butter cream and covered in black … Read more 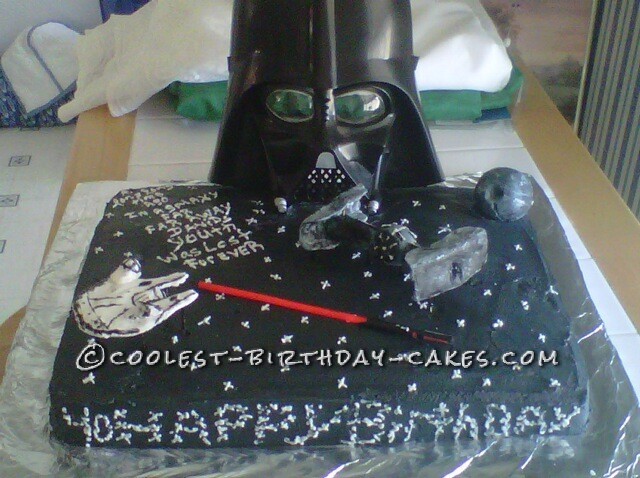 This Star Wars birthday cake was a cake for my husband’s 40th birthday. I wanted to make him a unique and special cake, after all you only turn 40 once. My husband’s name is David and he is (like every other 40 year old male) a big Star Wars fan. So not so long ago in … Read more 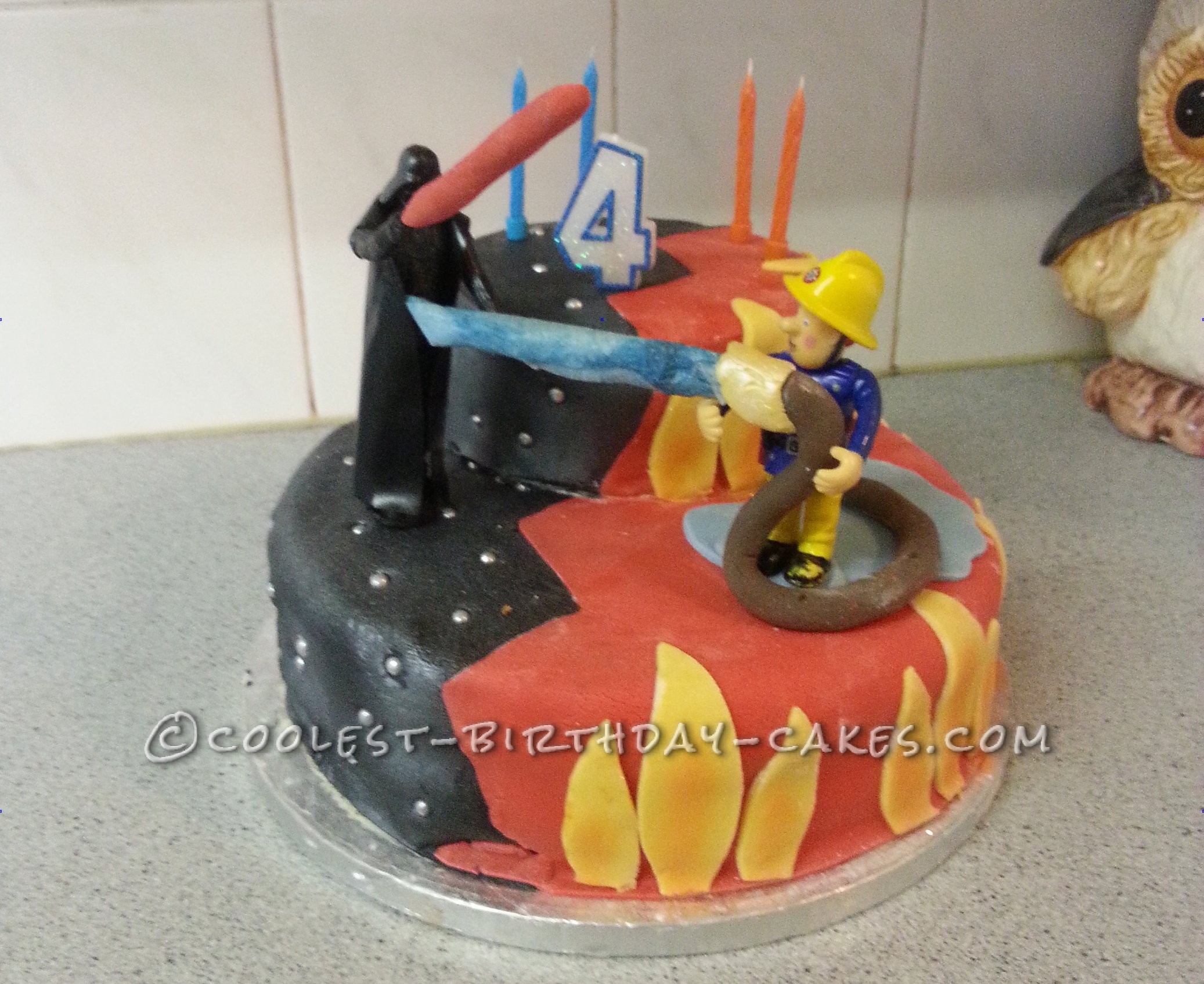