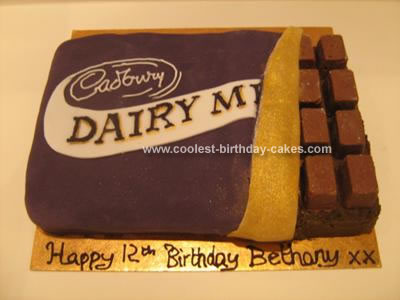 This Cadburys Dairy Milk chocolate cake was a chocolate cake baked in a 32m x 22cm pan. I enlarged a copy of the chocolate wrapper to fit the cake and traced over most of the lettering and Cadbury logo. I then turned the tracing over and laid a piece of polished edge glass over the … Read more 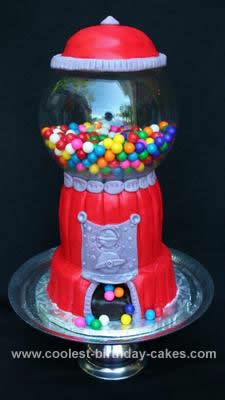 This gumball machine cake was made for my son’s 6th birthday. I love making creative cakes and so this one was something I had wanted to try for sometime. I purchased the glass bowl from Michael’s craft store for about $5 and then built the base from various sized circle cakes, trimming and carving, then … Read more 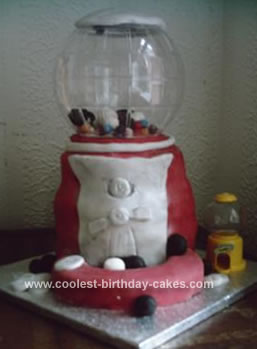 I made this gumball cake for my sons 15th birthday after we saw Duff make one on Ace of Cakes. The cake is made from 4 Victoria sandwiches. I used a Victoria sponge recipe and added cocoa powder to give my son the chocolate cake he wanted. The cakes were sandwiched together with chocolate butter … Read more 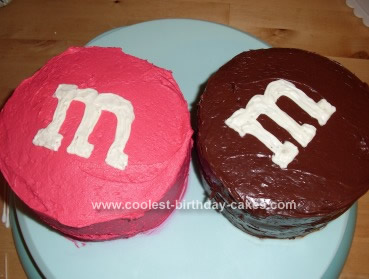 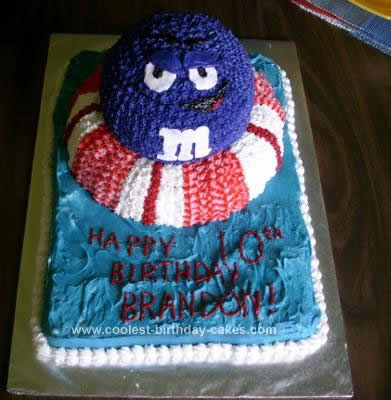 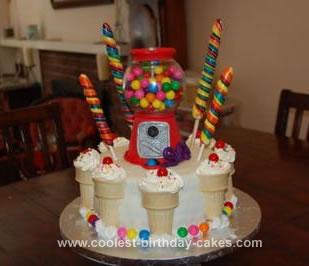 I made this Gumball Machine and Ice Cream Cone Cake for my sister in law’s 35th birthday! She was complaining about getting old and so I wanted to make her something fun (though 35 is so NOT old!!!). The bottom round is 9 inch chocolate fudge with chocolate filling covered in fondant. Cones are all … Read more 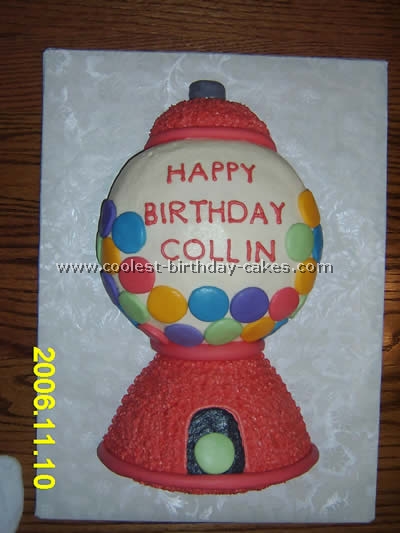 This cake was in one of the Wilton yearbooks. It’s the soccer pan and half of the wonder mold pan. The gumballs and trim is fondant and the base is a homemade cake recipe. 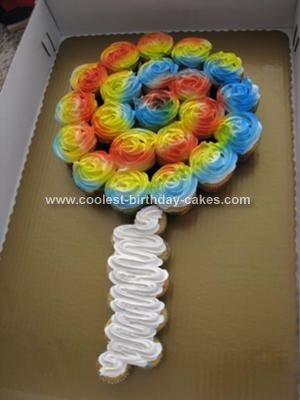 This is a super easy lollipop cake. I made it for my son’s 5th birthday which was at a place called Lollipop Park so the whole party was lollipop themed. I started with a box of cake mix and made 24 cupcakes and 12 mini cupcakes. I also cheated and bought icing from the bakery … Read more 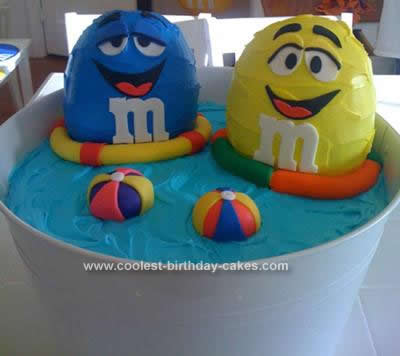 I made this Floating M & M’s Birthday Cake for my daughter’s 2nd & 4th birthday. I had an M & M dispenser with a beach theme so took that into the cake itself. I used a white tub for the ‘pool’ the M & M’s were floating in. I cut a round piece of … Read more 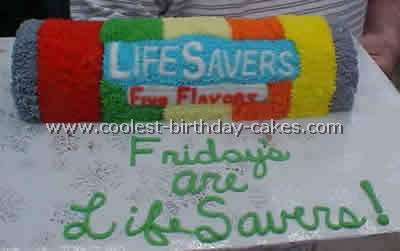 I made this cake for a company that wanted a cake to celebrate Friday’s at work. This is what I came up with. I used five 1 lb. coffee cans and I sprayed them real well with a combination of vegetable oil and flour spray in a can. I then prepared two cake mixes of … Read more