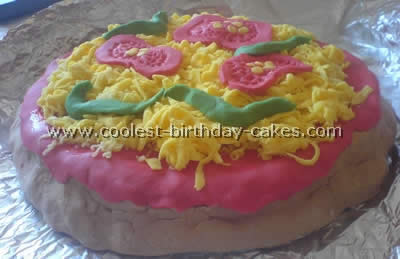 I made two normal 8′ sponge cakes and left them to cool. I put one sponge on top of the other then covered the cake in buttercream icing. (Optional- I then added a rolled strip of marzipan around the outer edge of the sponge to make a stuffed crust’ pizza as it was for my … Read more 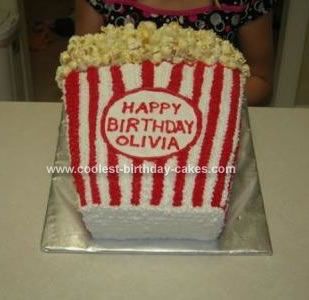 This Bag of Popcorn cake was made for a neighbor whose daughter was having a movie-themed birthday party. Her invitations were shaped like popcorn so we decided to make her cake the same. She wanted 1/2 white cake and 1/2 chocolate, so this cake is 1/2 and 1/2 right down the middle. I trimmed the … Read more 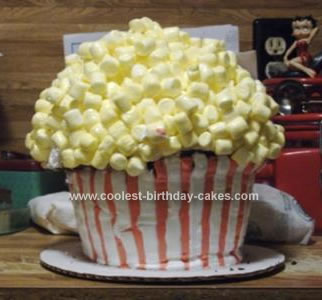 I made this popcorn cake using the Giant Cupcake Pan. Stripped the bottom Red and White. I mixed mini marshmallows with yellow sparkle writing gel, frosted the top and then put the marshmallows on. 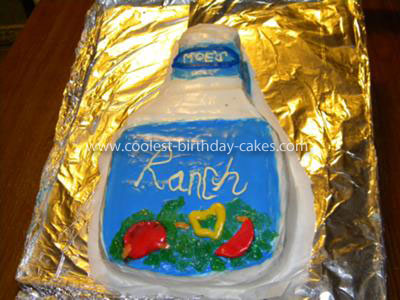 I made this Ranch Salad Dressing Cake for my niece (her nickname is Moe) who loves Ranch salad dressing. I baked the cake in a 9x13in pan then after it cooled I wrapped it in plastic wrap then tin foil and put it in the freezer over night. This makes it easier to cut. I … Read more 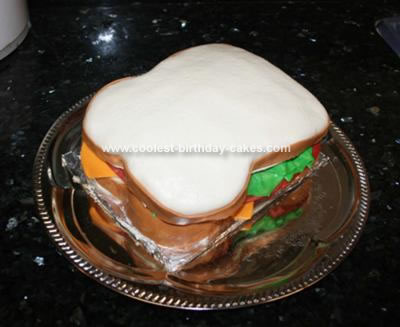 This is the Sandwich Birthday Cake I made for my husband’s 49th birthday. I baked white cake in square pans and cut out the shape of the bread. I rolled out white fondant on a plastic wrap covered towel to get a bumpy appearance for the bread. I colored fondant brown and rolled out and … Read more 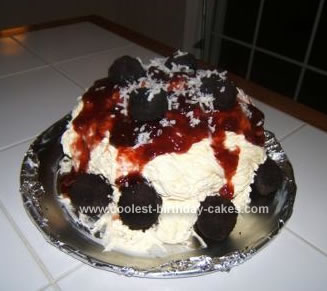 I got my inspiration for this spaghetti and meatballs cake on this website! I used two 9-inch round cake pans and made chocolate cake. I added cream of tartar to store-bought white frosting to make it stiff, and I used a ricer to make the spaghetti noodles. I used strawberry preserves mixed with a little … Read more 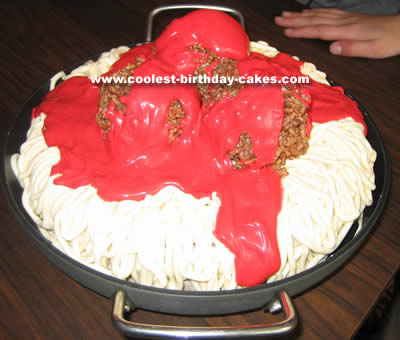 My niece is a spaghetti-aholic. For her 10th birthday she decided that she would have all of her favorite things at the party. I found pictures of birthday cakes on this website and amongst others a spaghetti cake, though changed it up a bit. I made two 9 inch round layers and iced them smooth … Read more 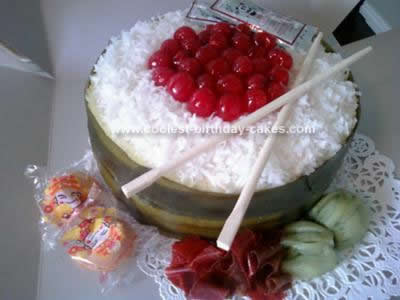 This Sushi Cake Design was so much fun to make! And really pretty easy. I started with 2 layers of chocolate fudge cake, made sure they were completely cooled, then frosted with homemade cream cheese frosting. I sprinkled coconut on the entire top of the cake, a nice thick coating, and pressed down gently so … Read more 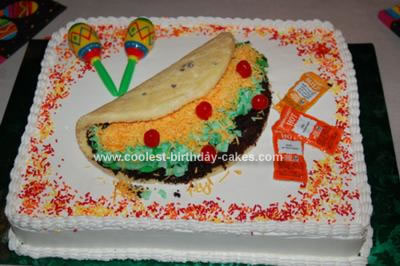 My niece has loved Taco’s her whole life so there was not a better choice for her sweet 16 birthday party then a Homemade Taco Birthday Cake. I looked at several versions of taco cakes on this web site and put together this version for my niece. I made a jelly roll cake using Betty … Read more 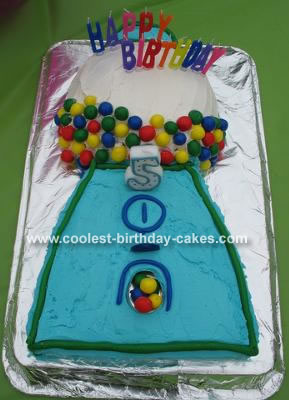 This Gumball Machine cake is an original creation I made for my son Zayden’s 5th Birthday. The day he was officially allowed to start chewing gum! I made the base of the machine from a cake baked in a 9×13 pan – trimmed to shape. I baked the bubble top cake in a Pyrex bowl. … Read more 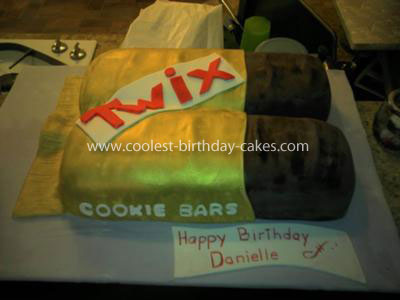 I made this Twix Candy Bar Cake for a co-workers daughter, she loves Twix bars. I used vanilla sponge as the bottom layer, and chocolate sponge as the top layer. I wanted it to resemble a Twix bar when they cut into it. I used chocolate buttercream icing as a crumb coat. The cookies are … Read more 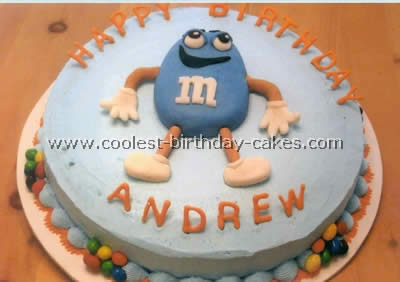 This was my third grandson, Andrews second birthday. My daughter always seems to come up with a different homemade cake recipe for Andrew’s cakes. For this one I found a picture of the M&M man. I made the M&M man out of fondant. It can be bought at the store and is like Play Dough. … Read more