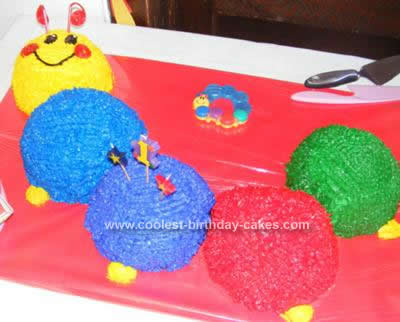 I made this Baby Einstein 1st Birthday Cake for my daughter’s 1st birthday. I used this site for inspiration. For the body of the cake I used box cake, chocolate and white (I was not sure which she would eat). I mixed the cake mix as directed on the box. Then baked in a glass … Read more 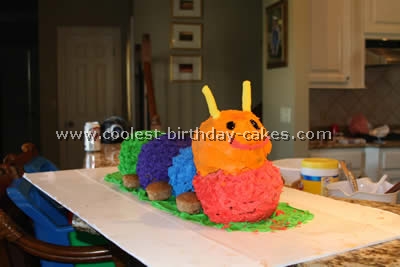 I made this cake using the Wilton sports ball pans. I used six different cake mixes. Five for the body and the sixth was for cupcake legs-all made the night before. I wanted to do icing stars to cover the cake but I didnt have the patience. I used tip number eighteen to cover him. … Read more 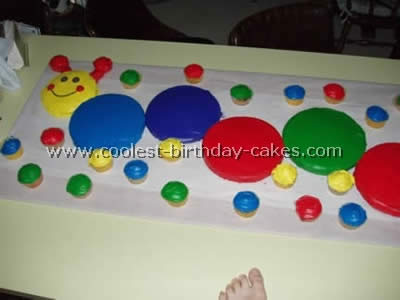 I made this baby Einstein cake for my daughters 1st birthday. I made six 9″ round cakes and about 2 dozen cupcakes. I took a diaper box and covered it with waxed paper so that it wouldn’t stick and that would be big enough to hold the caterpillar. I took the cakes and alternated them … Read more 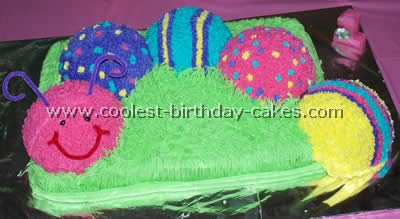 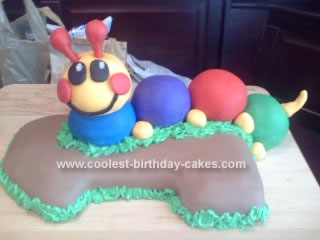 This caterpillar birthday cake was for my son’s 1st birthday, because he loves Baby Einstein. I premade 2 batches of marshmallow fondant- one regular and one with cocoa added. I dyed the regular MMF using Wilton gel colors a day or so before, so it would be ready to go. I baked one cake with … Read more 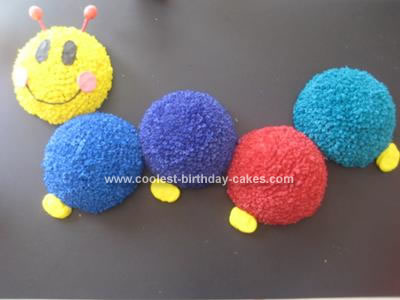 This Baby Einstein Caterpillar Cake took about eight hours in which I felt like my arm and hand were going to fall off towards the end but I was so pleased with the outcome. I would also recommend making the frosting ahead of time and store them in disposable plastic containers so you can throw … Read more 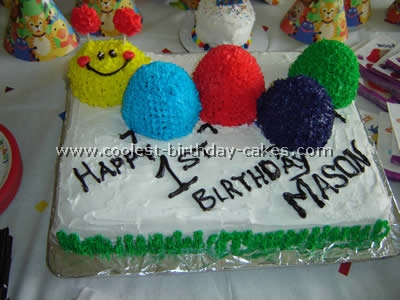 We used 2 boxes of white cake mix for the main cake large Wilton sheet pan. The icing we used was Duncan Hines Whipped icing. For the caterpillar segments we used another box of cake mix in Wilton dome pans. To ice the segments we colored the icing w/ Wilton gel colors and used tip … Read more 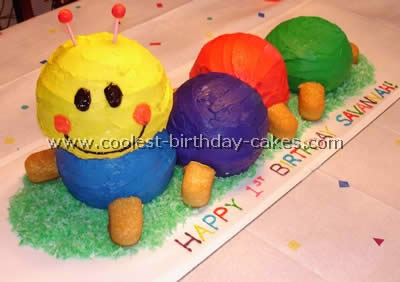 When my daughter was about 10 months I began to look for ideas for her first birthday party. I saw a Baby Einstein Caterpillar cake and fell in love with it! After the cakes cooled I put the two halves of each ball together using different fillings such as vanilla and chocolate puddings, strawberries, bananas … Read more 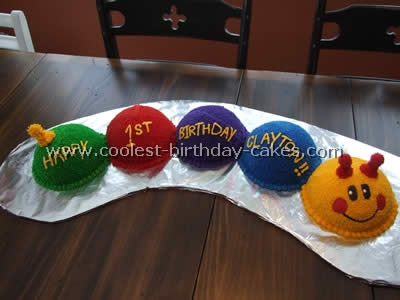 To make my Baby Einstein caterpillar cakes, I used the Wilton Sports Ball pan. I iced each ball separately with butter cream and #16 tip stars. I copied the exact colors and order of color from the Baby Einstein logo. For the face I iced the eyes and pink cheeks smooth (finger dipped in cornstarch … Read more 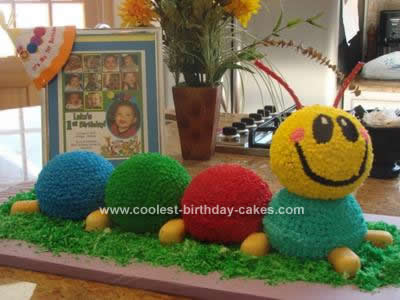 Our son’s Baby Einstein Caterpillar Cake turned out AWESOME! I baked it, and my patient, and talented sister – Cristy iced it! We hated to cut it! It only took 5 hours of baking and 5 hours icing! What fun! The head was vanilla cake, the teal ones was lemon, the red was red velvet, … Read more 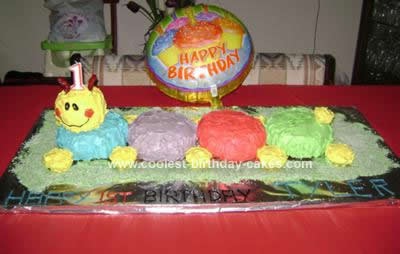 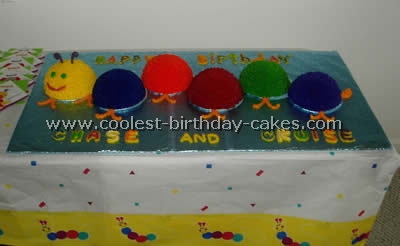 I got a request for a Baby Einstein caterpillar cake. I used the Wilton Sports pan for the cakes and I used Wilton’s candy clay for the children’s name and Happy Birthday. I used Duncan Hines cake mix and buttercream frosting. I outlined the names and the happy birthday with icing. Thank you for allowing … Read more