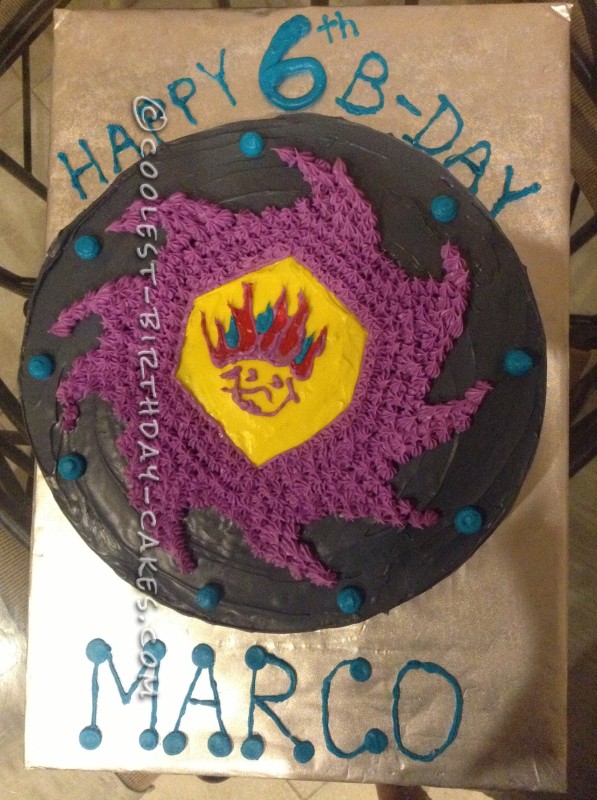 My 6-year-old son loves Beyblades, so we had a Beyblade Battle birthday party. We went through all his Beyblades to find his favorite one, as we had a few battles in the Beyblade stadium. Finally, he chose Orion as his favorite and I did my very best to emulate his favorite Beyblade Orion. I baked … Read more 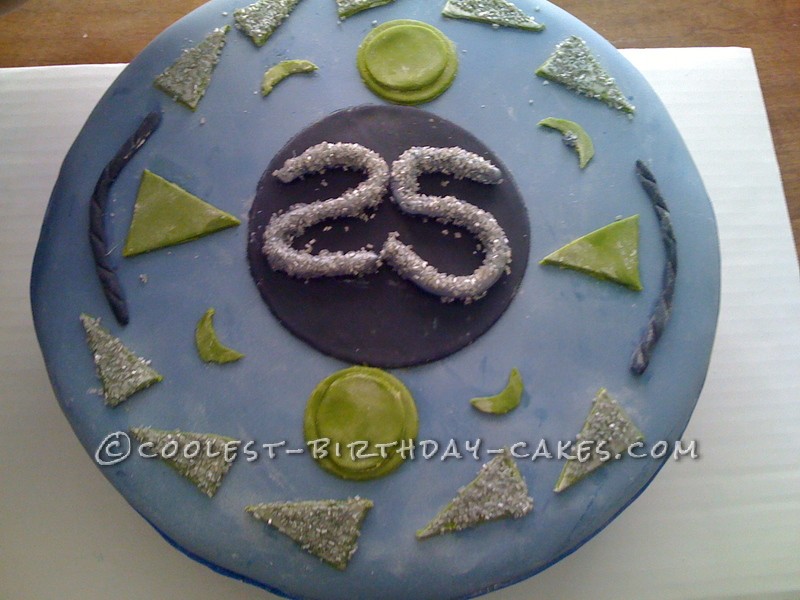 This creative Beyblade cake was what our Cub Scout decided to enter into the Blue and Gold Banquet Father/Son Bake-Off! The cakes have to be made by the father and son, only, with absolutely no involvement from mom…including clean-up. First, the 2-layer cake is made from boxed pound cake mixes (2) and made according to … Read more 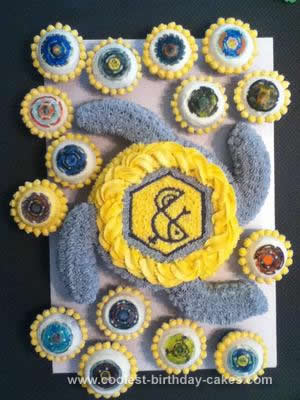 My son loves Beyblades so I made this Beyblade cake and cupcakes and then bought some edible beyblade cupcake toppers so each kid could pick their favorite beyblade. My son LOVED the cake and the cupcakes turned out great. I baked 2 8×8 round cakes and one sheet cake to cut out the ‘blades’. I … Read more