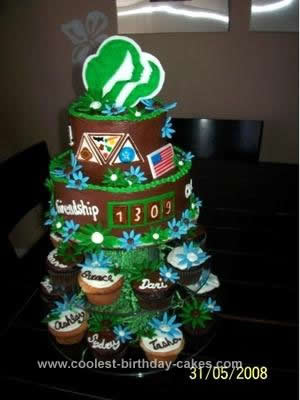 My daughter had an end of the year girl scout party and so yes..a cake was in order. We decided that for a bigger presentation statement we would make the cake two layers tall. Plus that gives you more of a 3D look and plenty of room to decorate! We made all the fondant badges … Read more 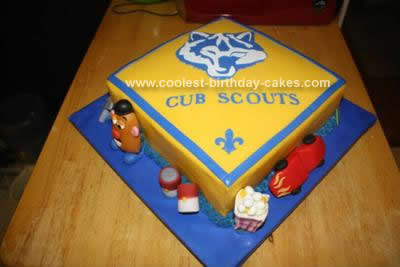 I was asked to make a Boy Scout for the yearly Blue & Gold Banquet. This is the banquet which celebrates the advancements of each scout as a result of the previous years achievements. Throughout the year, the scouts had completed a number of service projects and participated in several activities. Each item located around … Read more 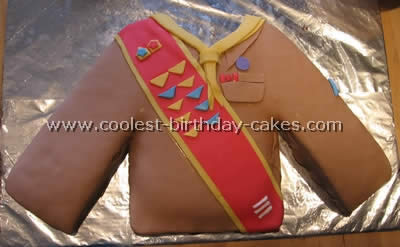 My husband and my oldest son made this cake for the “Fellers Cake Bake” – a yearly tradition for our annual Baden Powell Banquet. He used two boxes of white cake mix (my son’s choice). The body of the shirt is one rectangular 9×13 with some pieces added on from the other cake to complete … Read more 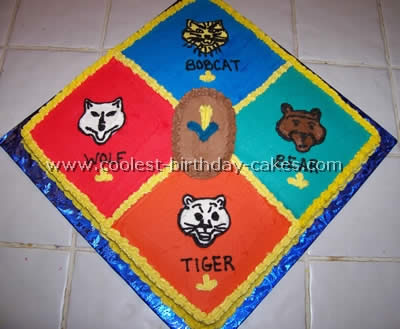 I made this cake for my sons cub scout Blue and Gold banquet. I wanted to make a cake that had all the badges on it. I used a 14″ square pan. I used two boxes of cake mix, probably should have used three as it wasn’t as thick as I’d like. I frosted it … Read more 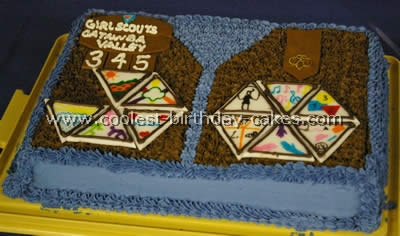 I borrowed heavily from Mary Kay Cs ideas for scout cakes. I made this cake in a 9×11 pan. I made the entire try-its and insignia from purchased rolled fondant. I used the actual insignia to make the pattern and I cut them out with a pastry cutter. I drew the Try-It pictures on with … Read more 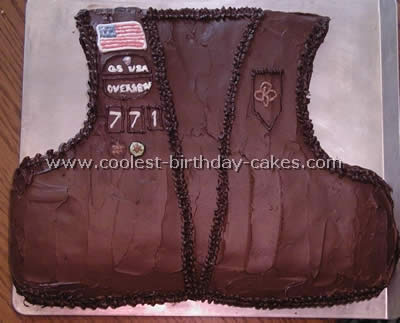 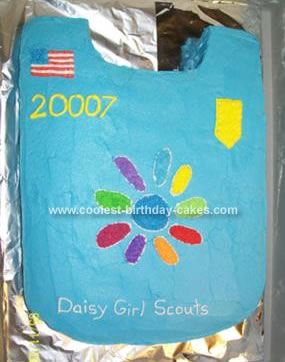 I made this Scout Uniform Cake for our year end ceremony. I baked a 1/2 sheet cake. I used yellow cake mix and buttercream frosting. I cut out the neck and rounded off the bottom. I iced it all blue. I piped on the yellow tab and the flag. I made an outline for the … Read more 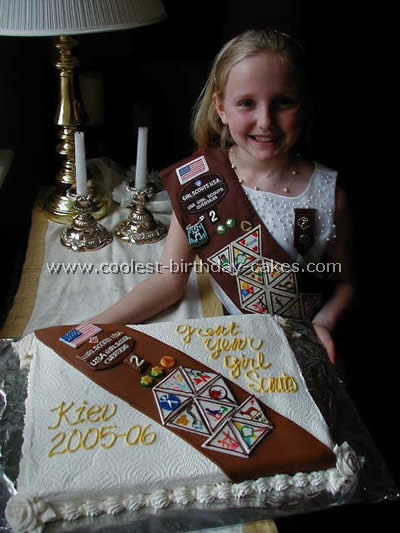 I made this cake for our Brownie Troops Court of Awards ceremony at the end of the year. The cake is two chocolate mixes prepared according to directions in a rectangular pan. I then frosted the cake in white butter cream icing and let it set. Brownie cake sash is fondant tinted brown (I didn’t … Read more