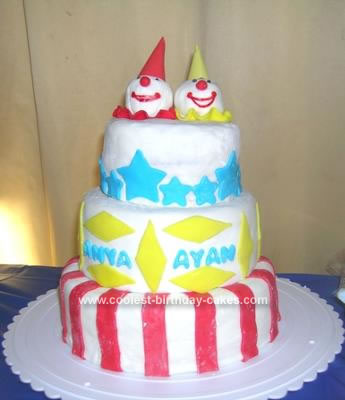 I wanted to attempt a tiered cake for the ‘carnival’ themed birthday of my twins. I made the 2 10″ cakes using 2 boxes of BC’s vanilla cake mix. And the filling for this layer was strawberry jam. The 8″ and 6″ tiers were BC’s dark chocolate fudge cake with mocha-chocolate mousse filling between them. … Read more 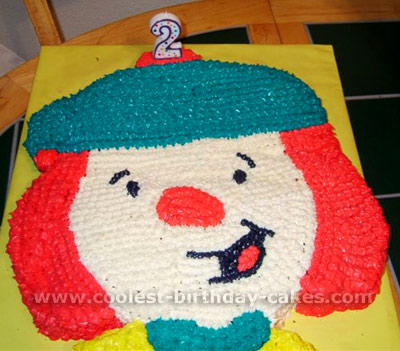 For my sons 2nd Birthday party I decided to make a JoJo cake for him. I took a photo of JoJo to the local copy store and had it blown up as big as I wanted the party cake to be. I baked two 9×13 cakes according to the directions. I then froze the cakes … Read more 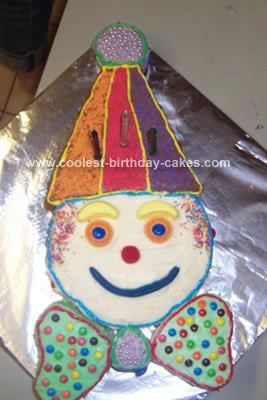 I was having a hard time trying to come up with a homemade clown birthday cake idea for my son Joseph on his 4th Birthday and after looking on the net, I decided to just design my own. The first thing that I had to do was cut out a couple of templates using some … Read more 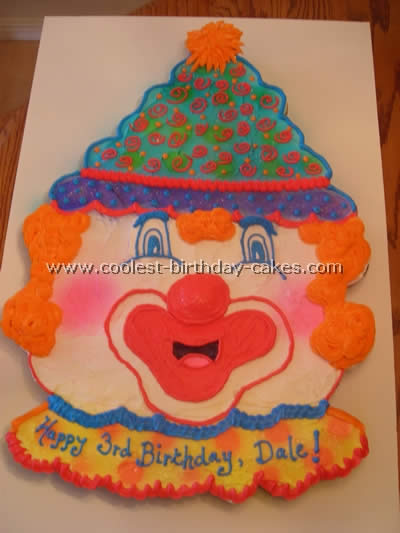 I made this circus clown cake by baking 58 cupcakes. I sliced the top of each one to make them flat. Then I arranged them in the shape of a hat and clown face with a collar! I used Wilton spray color on parts of it and decorated it colorful and festive for a circus … Read more 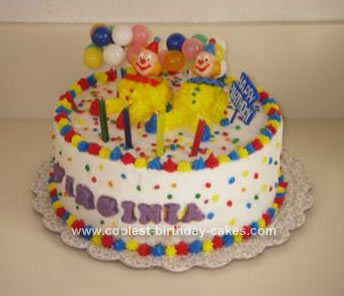 This is my clown cake! My 4 year old grand-daughter climbed in my lap and ask “Grandma can you fix me a Clown Cake?” I said yes and her sister said “well we are having our party together-so you need to fix me a flower cake!” So to start I took a cake decorating class … Read more 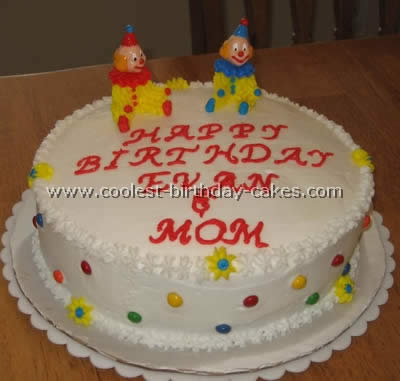 This circus clown cake is peanut free, dairy free and egg free cake. It was also delicious! We used non dairy buttercream, the Wilton recipe with out the meringue powder. I used the Star tip to make the clowns and the border. On the sides I used candies by Nothin Nutty, they are similar to … Read more 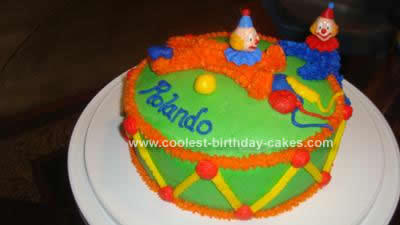 This is my first clown cake that I created while taking Cake Decorating Classes at Michael’s Craft Store. The idea of the Clowns on a Drum Cake was in one of Course books that we had to use. It is a two layered cake iced and decorated with tinted buttercream. The body of the clowns … Read more 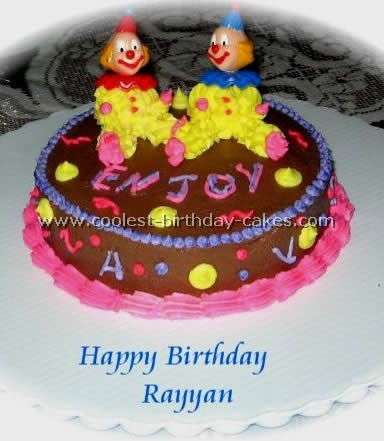 For this circus clown cake make a 6 or 7 inch round chocolate flavor cake with chocolate butter cream icing. For the clowns: use tip 21 in upright position and pipe out icing generously to make the body. Then insert tip in the front base of body and draw the icing straight out for legs. … Read more 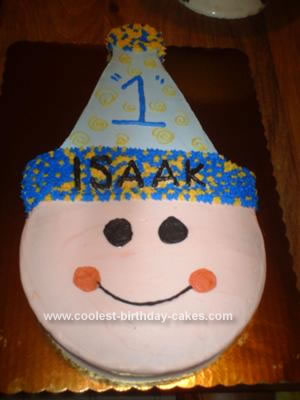 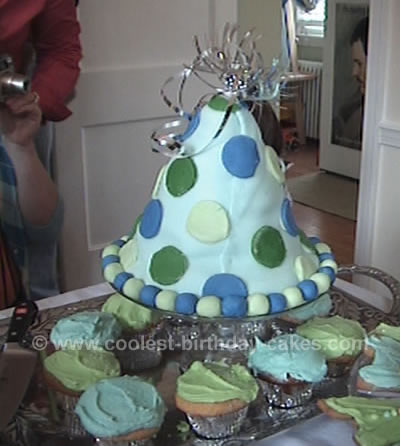 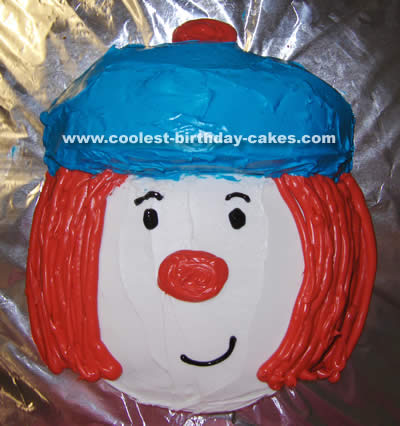 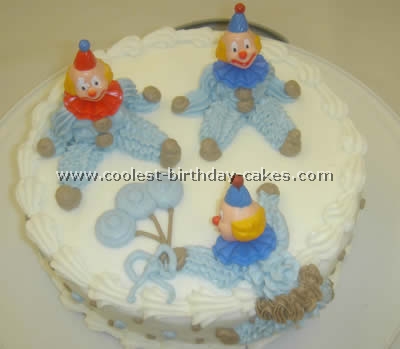