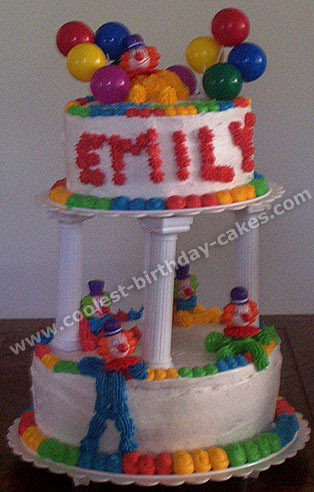 I made this Circus clown cake for a circus party. I should mention that I am a clown and also entertained at the party. I thought it would be appropriate for a clown to bring a clown party cake! I used 2 Duncan Hines yellow cake mixes. I baked the party cake in two 6-inch … Read more 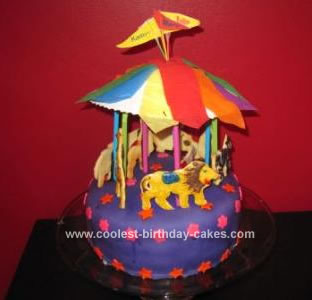 This homemade Circus Carousel birthday cake was a combination layer cake. I used three 9″ layers, covered in fondant, with animal-shaped sugar cookies and a paper carousel top. The three cake layers were made using two cake mixes, one chocolate and one vanilla, with enough batter to spare to make twelve cupcakes as well. Once … Read more 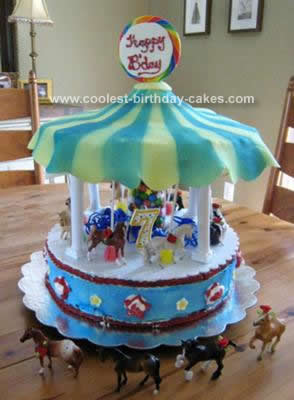 My niece Maya was having a carnival birthday party for her seventh birthday and requested a carousel cake. I was inspired by many of the cakes I viewed on coolest-birthday-cakes.com. I purchased some toy horses and glued ribbon roses to them to make them more decorative. I baked two cakes, one vanilla and one chocolate … Read more 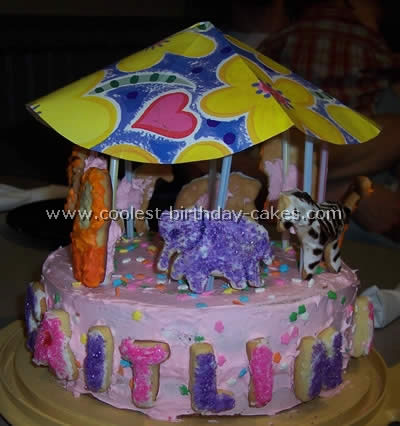 I baked this carousel cake using a recipe in two 9″ round cake pans. Then I baked sugar cookies in zoo animal shapes-zebra, lions, giraffe, elephant and the letters of her name. Bake lots of extra cookies as they tend to break. I gave the extra unbroken ones to people who didnt want cake. The … Read more 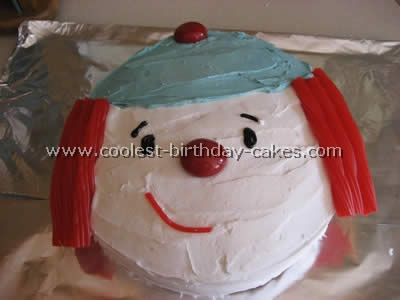 We simply used a 2-layer round cake for our JoJo circus cake and colored the frosting for the hat. The hair was made of Twizzlers and the nose and pom-pom on the hat were chocolate covered cherries. The eyes were drawn on with black decorating gel. We put a couple toothpicks in the cake to … Read more 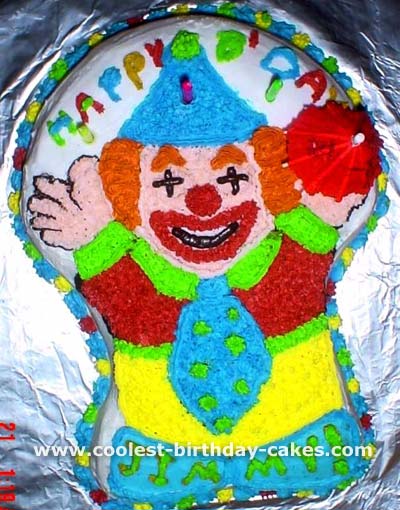 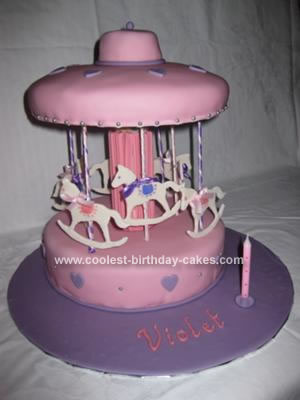 The idea for this Carousel Cake came from the Australian Women’s Weekly Birthday Cake book, I made it for my daughter’s first birthday. Both layers are chocolate cake with an inverted chocolate muffin on top. I covered each of the three parts in chocolate buttercream, then pink rolled fondant. The horses are edible – I … Read more 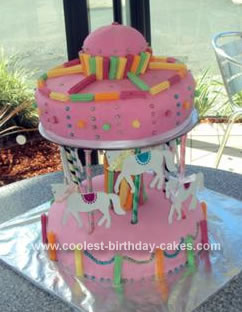 I made this cake from the women’s weekly cake book; it was definitely a labour of love, not hard but time consuming. I bought the wooden horses of eBay! And painted them well ahead of time, I also did the ribbons ahead of time and instead of bamboo skewers I used round chop sticks. And … Read more 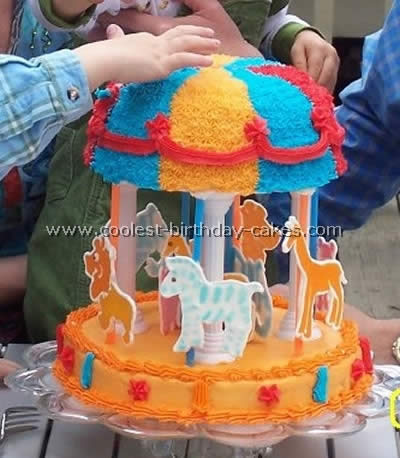 I made the animals several days ahead. We printed animal pictures from the web covered them with wax paper and outlined them with Royal Icing. We then filled in the outlines with a thinned version of Royal Icing (Wiltons color flow recipe.) The animals had to dry for several days. We made them thick enough … Read more 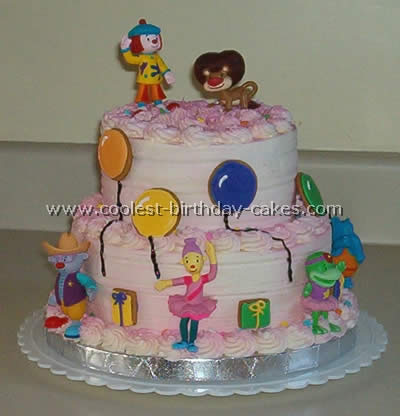 Friends of mine had asked me to make the jojo circus cake for their daughters JoJo’s Circus birthday. I wanted to do something that wasn’t too difficult but still looked really cute. This is just a two-level cake with butter cream icing. I used a decorative comb to make the sides a little more interesting … Read more 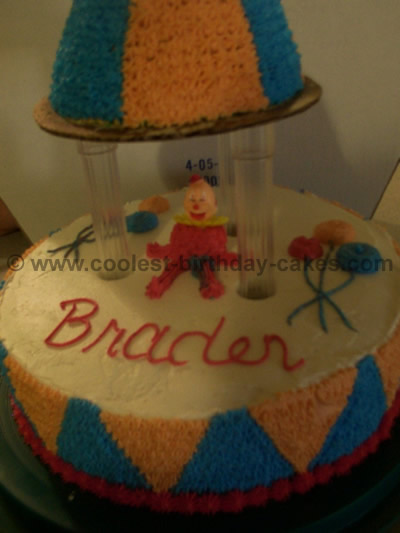 I prepared this Circus clown cake by making a 10-inch round cake for the bottom tier. The top tier was baked in a Pampered Chef Small Batter Bowl. I piped the clown body with a star tip and used a clown head you can get at any craft store. I got the idea for the … Read more