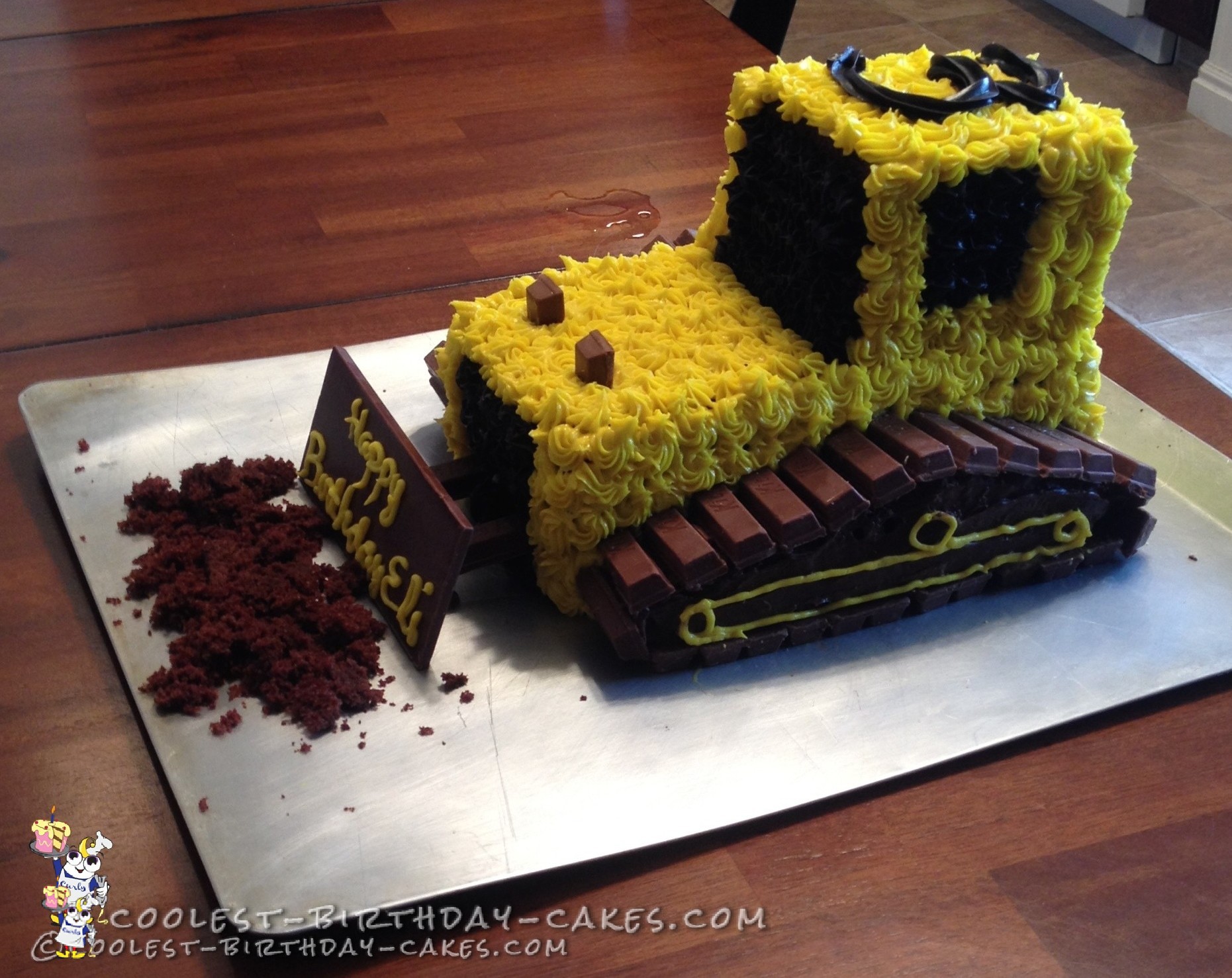 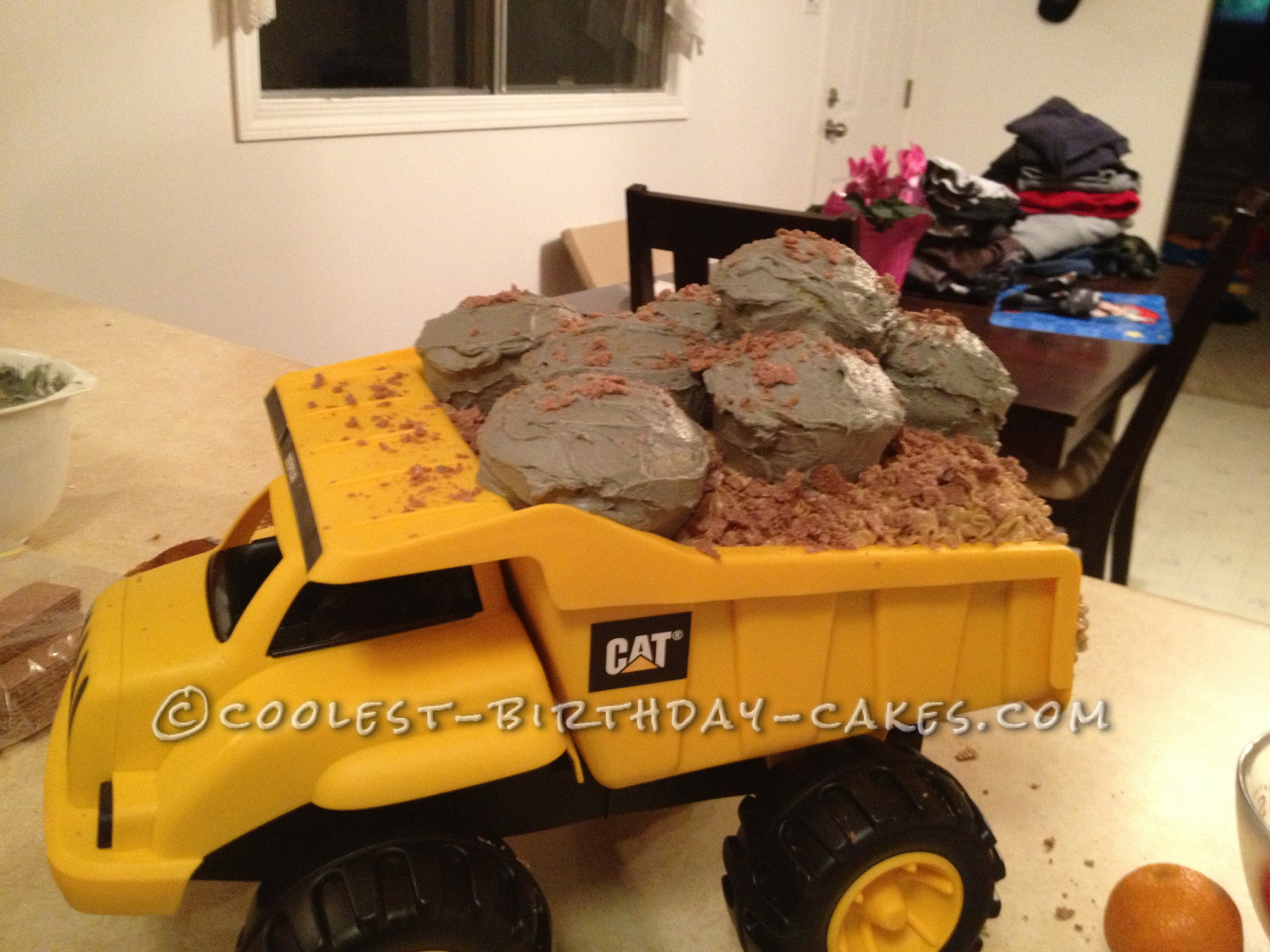 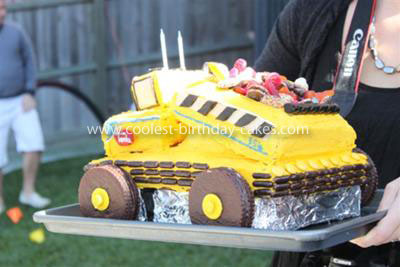 For my son’s 2nd birthday, we decided to make a big yellow Tonka Truck Cake, as it was his current favourite toy. The sponge is a white choc mud cake, baked in a variety of tins to get the right types of shapes. We then iced in butter cream, and used a variety of available … Read more 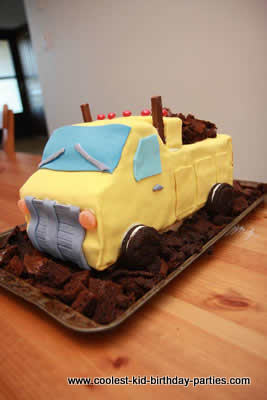 Our 3yr old is obsessed with construction trucks, so I made him this Homemade Dump Truck Cake and then cut out dumptrucks from construction paper and attached them to sidewalk chalk buckets – added the bottom 1/3 of a paper lunchbag to the top of it and made them into goodie bags/buckets filled with treats. … Read more 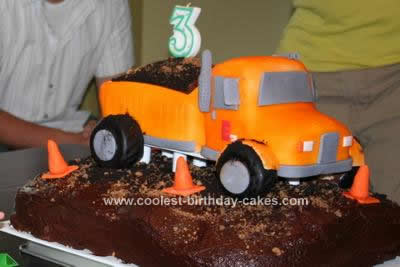 The bottom portion of the Dump Truck Cake is 4 13×9” sheet cakes, layered with cookies and cream filling and topped with chocolate icing and Oreo and chocolate chip cookie crumbs. Orange cones are made from fondant and were allowed to dry. The dump truck is made of pound cake baked in two standard bread … Read more 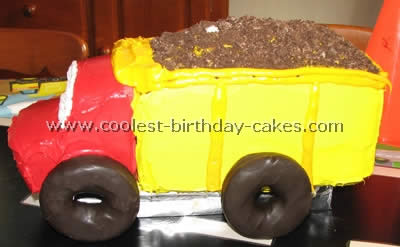 This is the Dumptruck Birthday Cake I made for a friends sons first birthday. I carved the cake and put it on a raised board so it looked like the tires which were made from ricecrispies treats and covered in fondant were off the ground.I finished the cake with fondant accents and put a small … Read more

I made this construction vehicle cake for our son’s second birthday. He loves everything to do with construction right now! It was fairly simple once I had all the components prepared. The base was a 9X13 2″ cake cut into an ‘H’ shape and covered with grey fondant for the tracks. The center was a … Read more 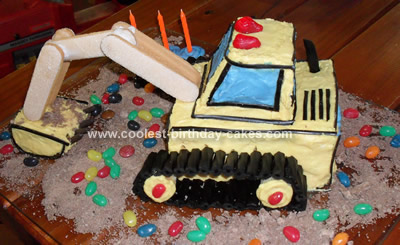 This Digger Cake Design is the coolest digger loader cake in the world. My little boy loves construction vehicles and asked for a digger loader cake. I could not find any idea on the net that impressed me, because most people bake a plain cake and decorate them with real toys. So this one came … Read more 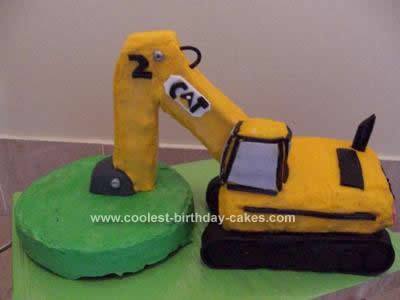 After following the tips from some others online (namely the rice Krispy digging arm) I also added licorice straps and mini Oreos for the wheels. The green cake was a chocolate cake which I ‘dug’ into with a spoon to make it look like excavated earth when it was served up(not shown in photo). I … Read more 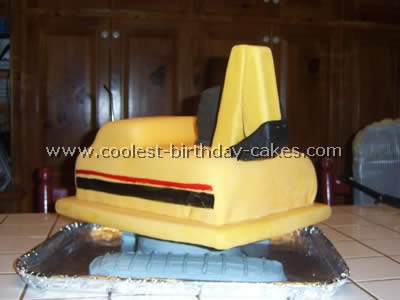 This dump cake was made for a three year old that loves tractors. I wanted to make it extra special so I made it on lazy-Susan. I took the lazy-Susan apart and attached a square board instead of the round one that comes on it (very simple to do; only one screw). I also used … Read more