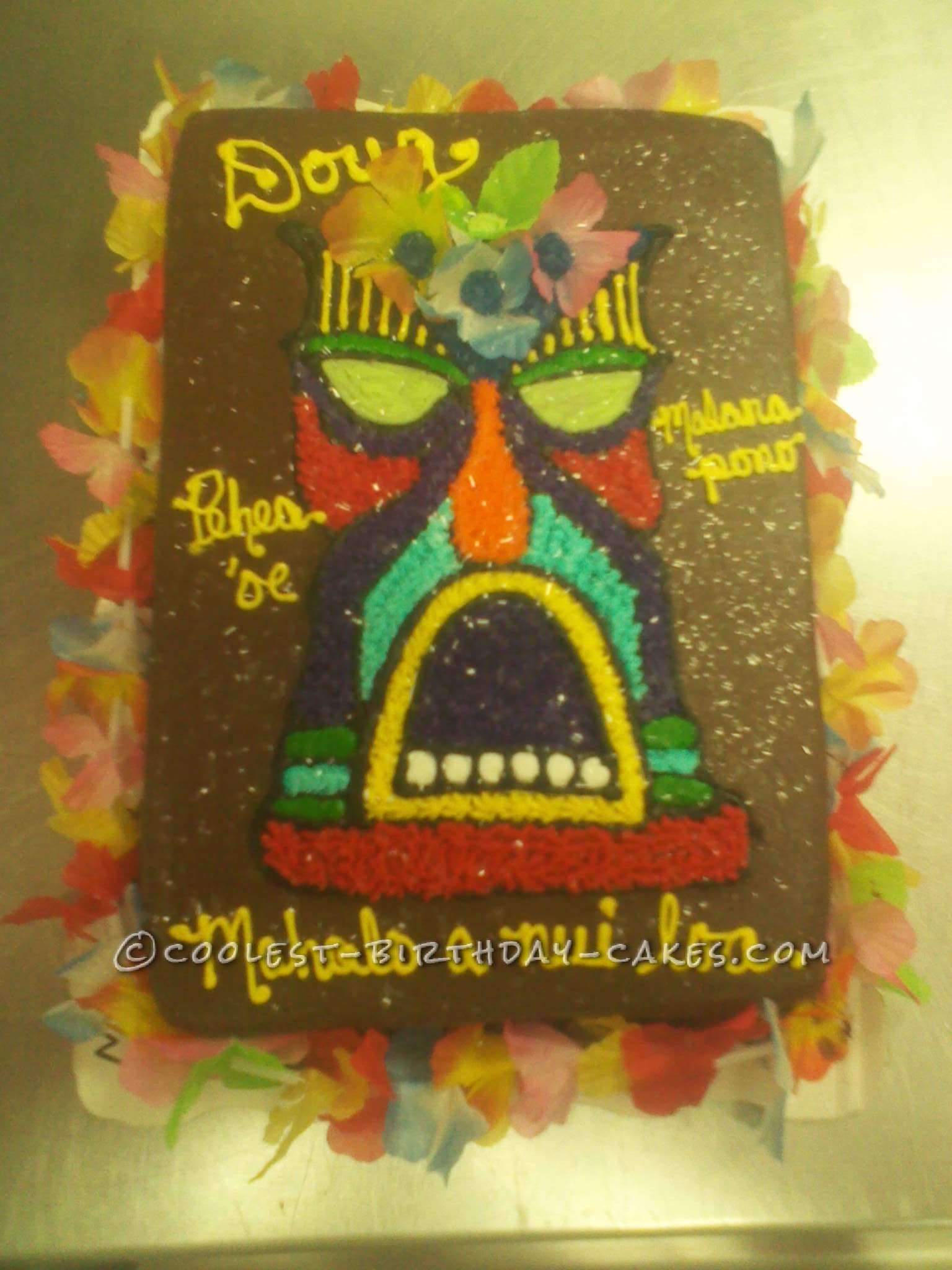 I am a self taught cake decorator with no schooling. I learned just because of the love of creating. This particular cake was inspired by someone needing a cake to say thank you. The person is native to Hawaii and he just came back from a visit to his family and upon his return to … Read more 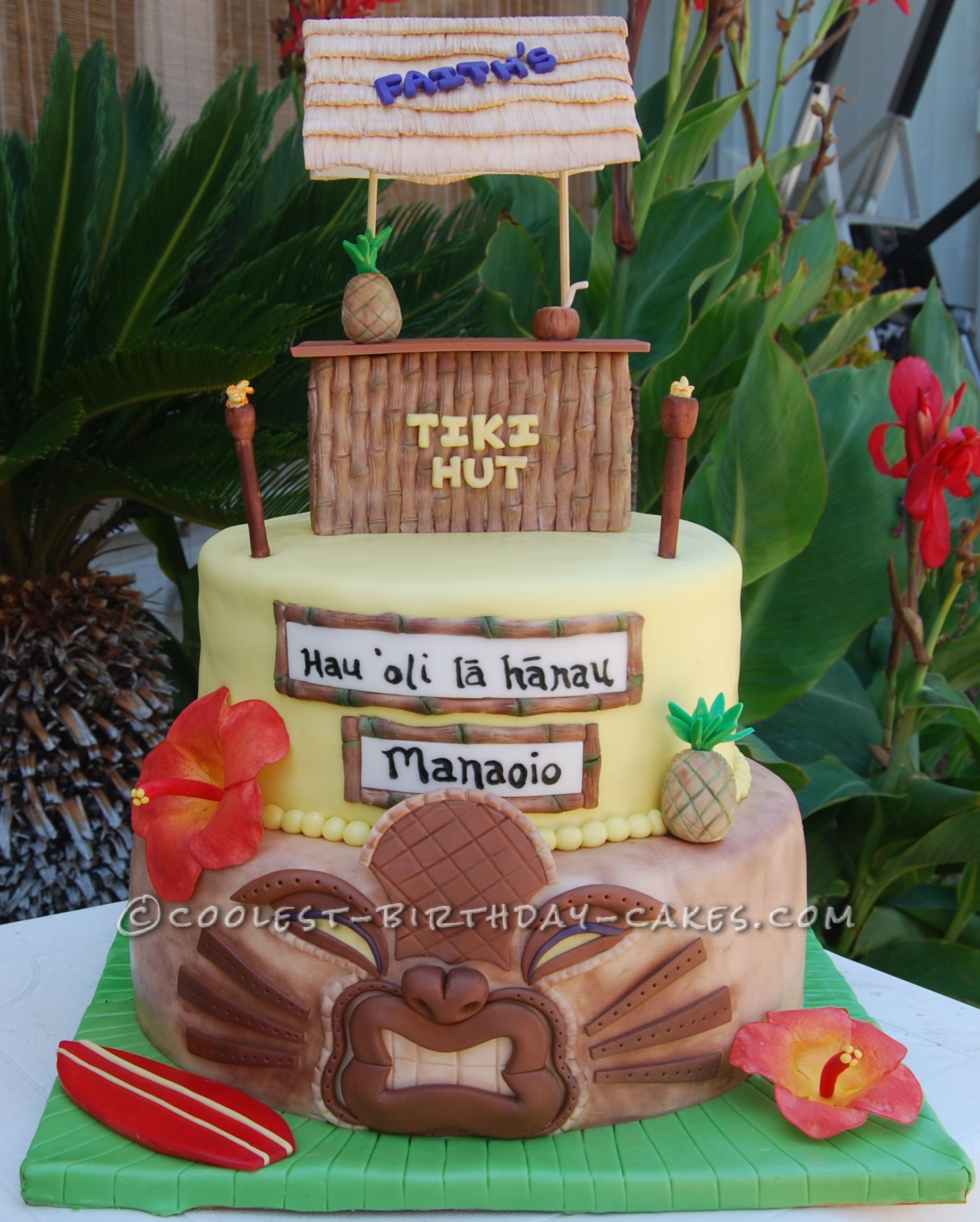 I had a blast doing this Hawaiian Luau birthday cake. It was my niece, Faith’s 12th birthday. My parents, Faith and myself had a HUGELY anticipated trip to Hawaii planned in June and her birthday fell on our first full day there. We celebrated her birthday at home the weekend before our trip with what??? … Read more 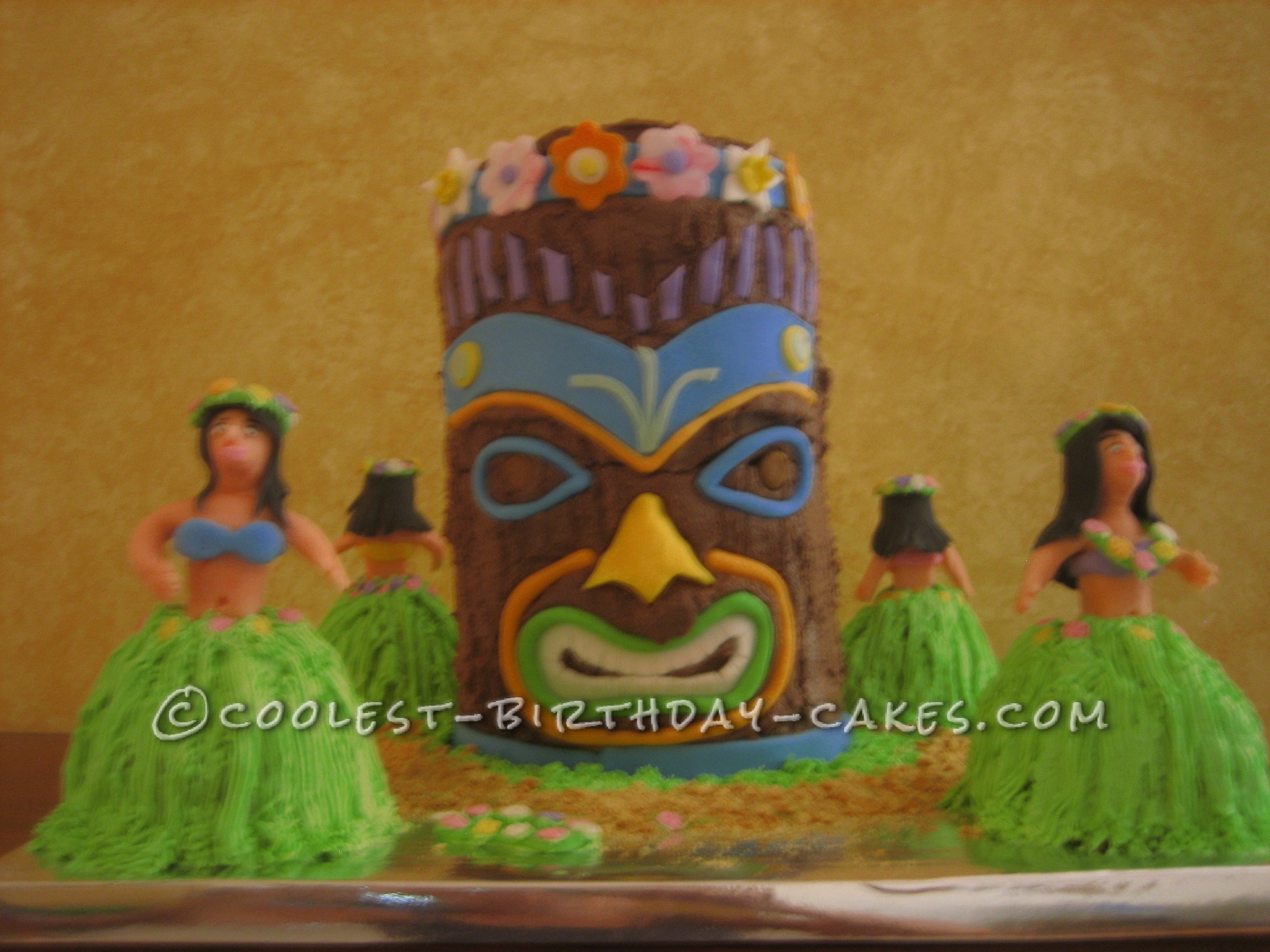 This entirely edible display was made for a Hawaiian Luau. The totem in the center is made of four six inch rounds stacked. I stacked the first two on the board, frosted and inserted 5 dowel rods to support the weight of the next two layers. I prepared a small cake board, stacked the next … Read more 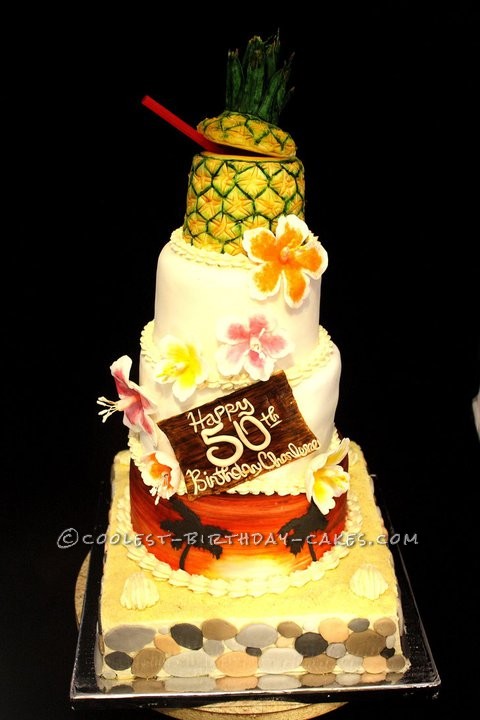 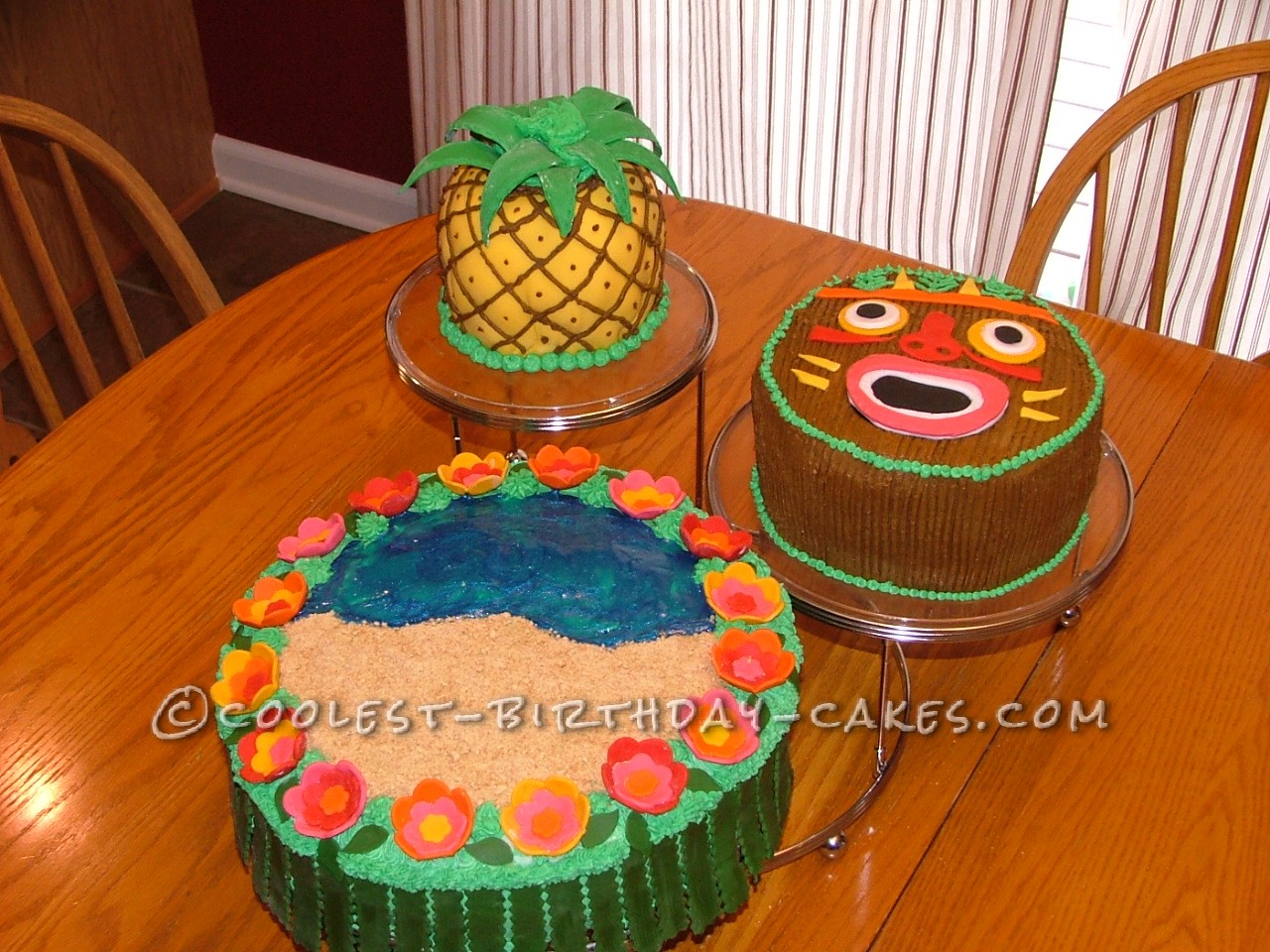 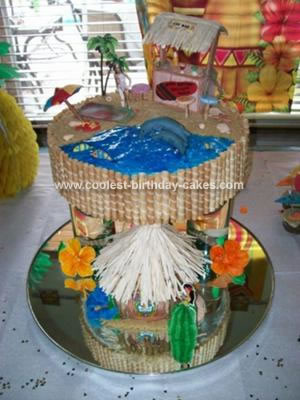 I made this Hawaiian Luau Cake for my grandaughter’s 10th birthday. She wanted a luau cake and she told me the way she wanted it. She would like a beach, palm trees, tiki bar, an umbrella, sandals and dolphins. I made the beach with piping gel and the sand with brown sugar. The tiki bar … Read more 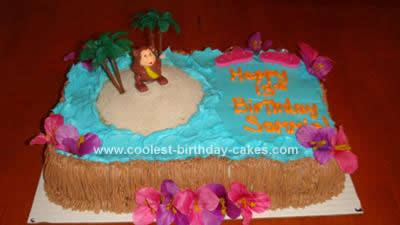 This Luau Birthday Cake was a cake that I made for a Luau themed birthday. The cake was a basic half white and half chocolate. I made a thin consistency frosting in order to make the grass skirt look around the outside as well as the waves. The island was tricky, but after some thinking, … Read more 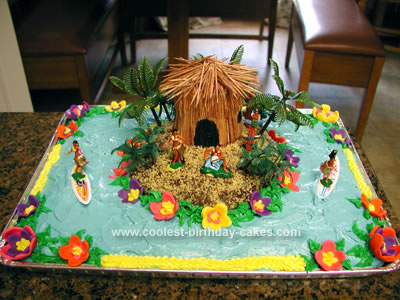 This Luau birthday cake was inspired by a cake submitted on this site by Becky Z. of North Miami, FL. I used some elements from her cake to create this birthday cake for my daughter’s 6th birthday which had a “tiki/luau” theme. I used a 1/2 sheet cake, frosted it the blue very loosely to … Read more 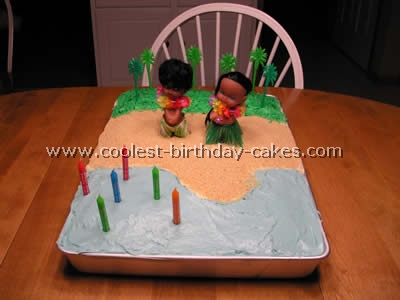 For this luau party cake we used an 11″ x 13″ cake pan with three boxes of cake mix. For frosting we used 3 cans of white store frosting (regular inexpensive) and did not make our own. After baking the cake and letting it cool we spread white frosting over 2/3 of the cake. We … Read more 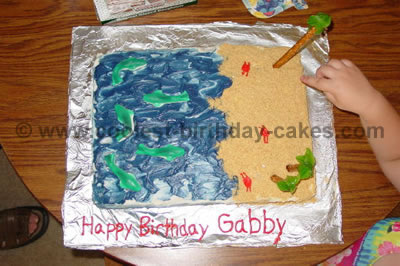 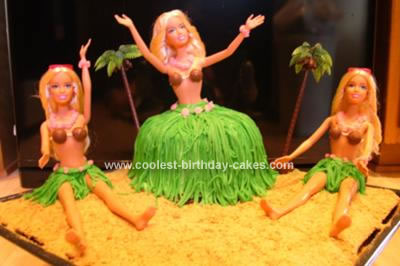 Barbie turns 50 this year 2009, so I have made and decorated this Hula Birthday Cake for my friend’s 50th birthday party. I used a large oven safe mixing bowl for the skirt cake on Barbie. The sheet cake was iced with chocolate icing then sprinkled with crushed up graham cracker crumbs to make the … Read more 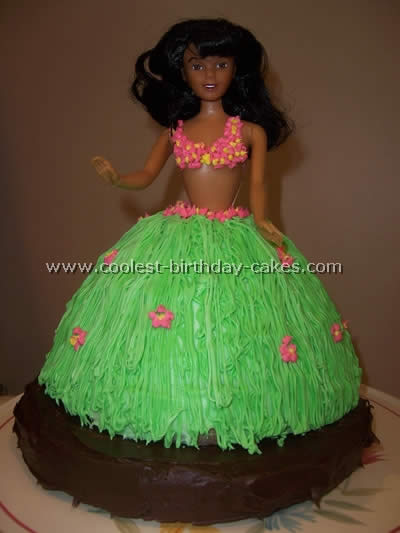 For this cake I used the Wilton wonder mold for the hula skirt. Frosted it green then piped green “grass” with the round flat tip with multiple holes. (I borrowed the tip so I dont know the number). It was one she had used to create monster hair for another cake if that helps! The … Read more