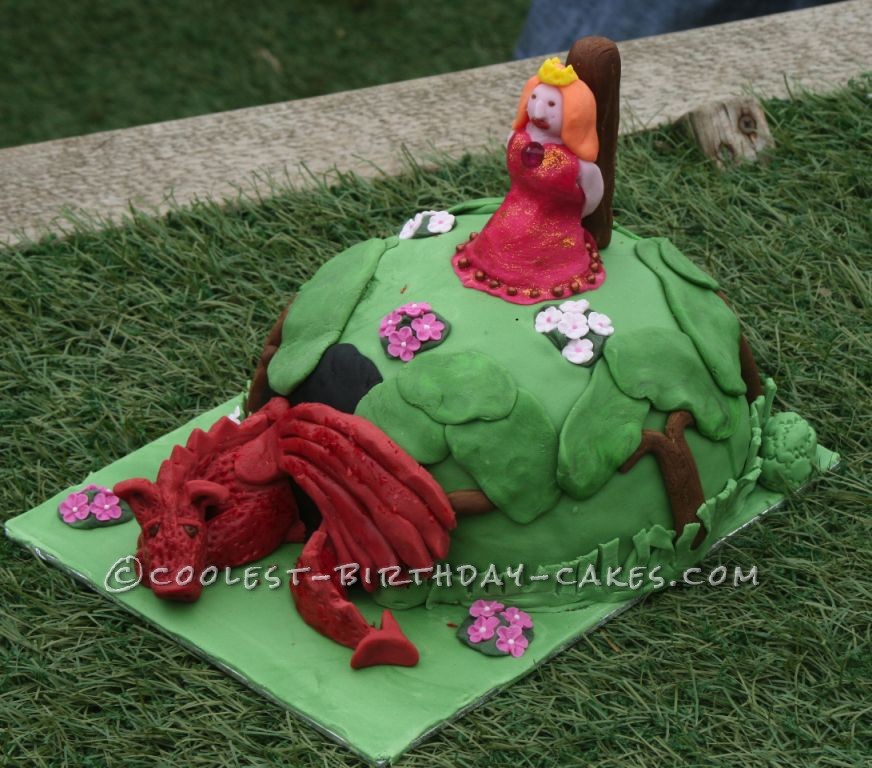 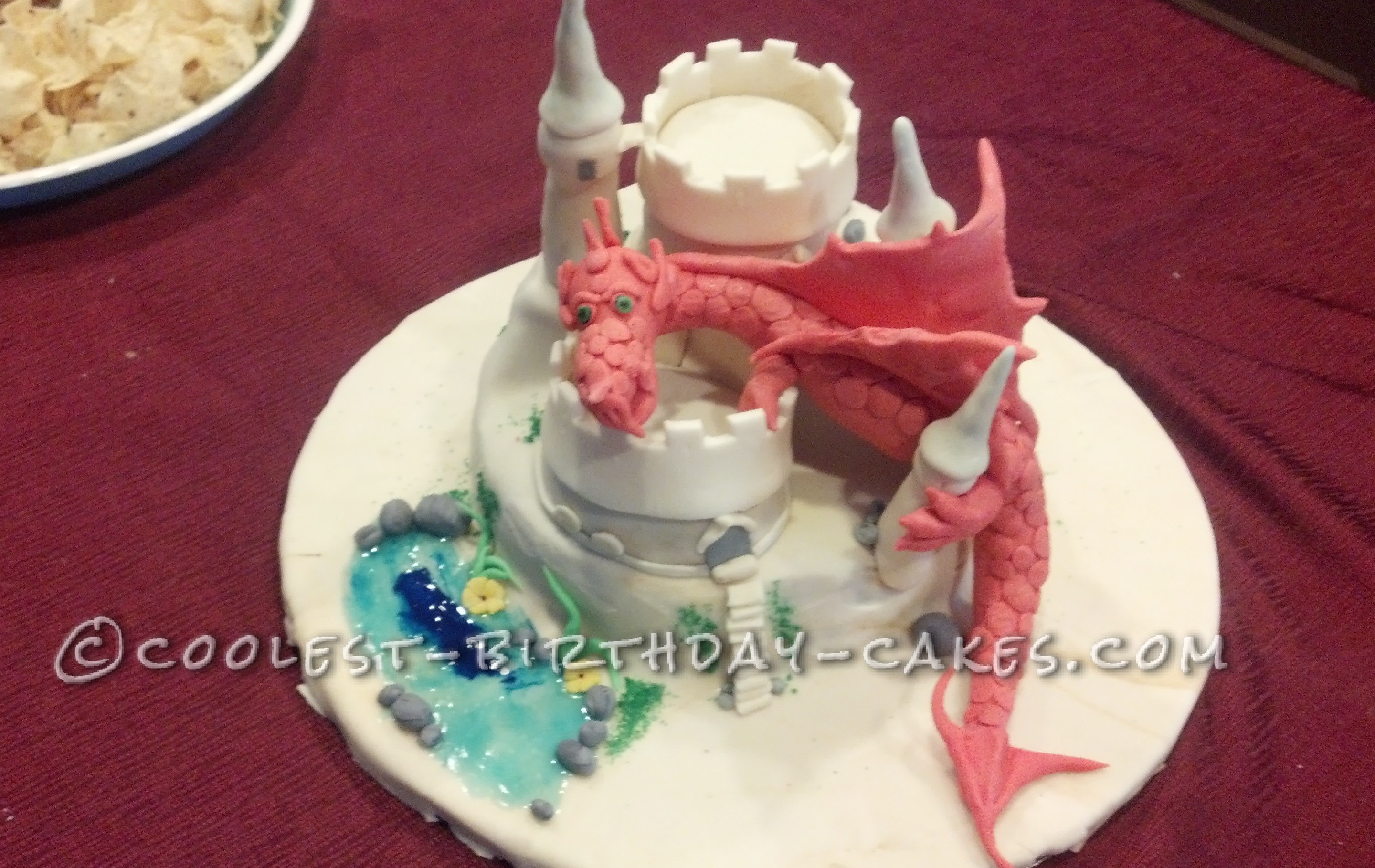 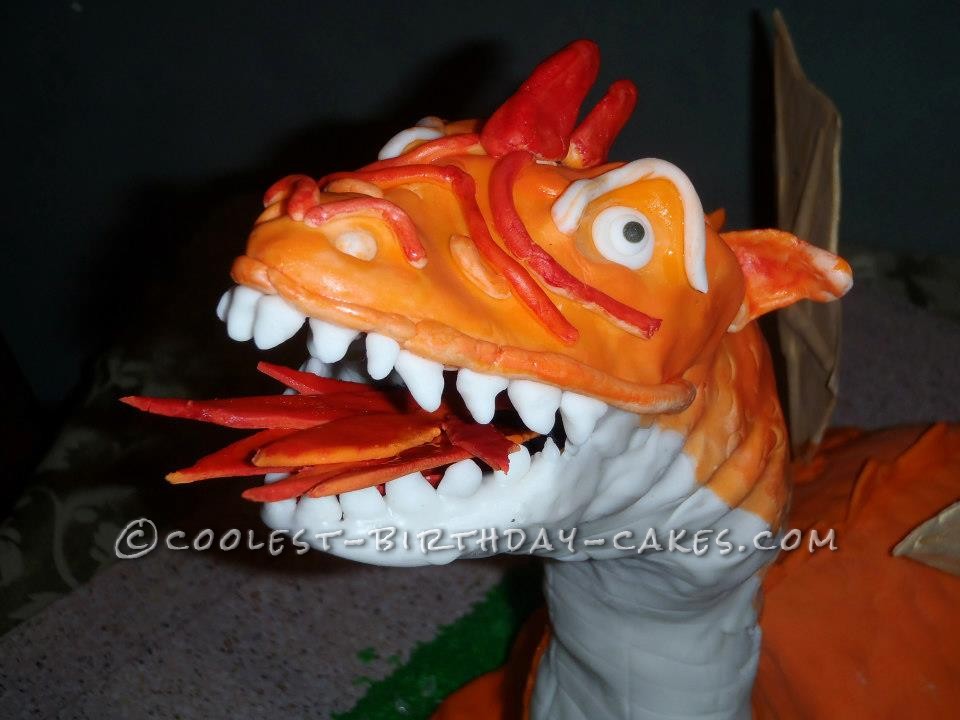 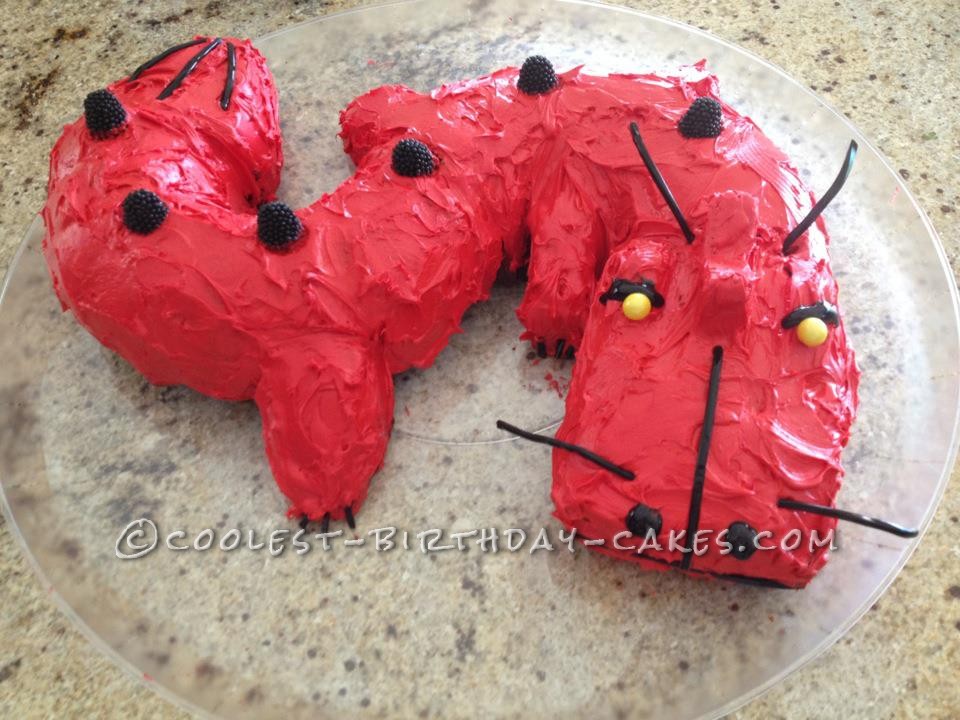 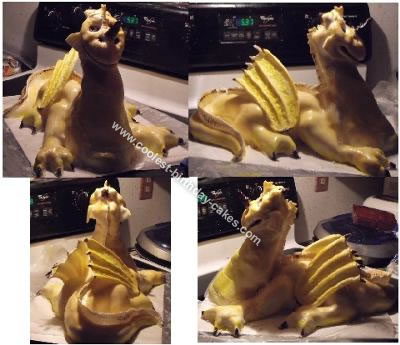 My son collects dragons and even though he turned 26, I was determined to make a dragon cake. This cake is the product of a lot of research and plain old good luck! The body of the cake is homemade chocolate cake baked in a round pan, cooled completely, then cut in half and iced … Read more 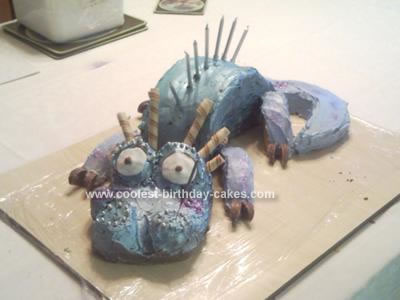 This Dragon Cake was made for my boyfriend’s 18th birthday, we have a bit of a dragon theme going on. The cake is made from a 9″ very moist chocolate cake from the recipe in Susannah Blakes 500 cakes for a dark chocolate mocha mudcake. However, I fiddled with the ingredients so it was milk … Read more 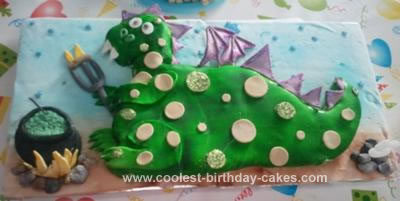 This dragon cake is my first attempt at such a cake and my first cake using a spray gun. I used one square cake which I cut in two then put them side by side to create an oblong. I then drew a dragon template on grease proof paper and cut around it. With the … Read more 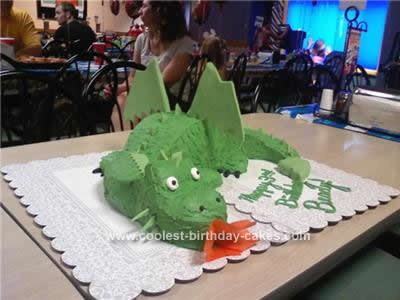 I made this Dragon Birthday Cake for my nephew’s birthday. I carved out his body out of a sheet cake and stacked them to make it taller then I carved out cupcakes for his feet and used gumpaste for his wings and claws. I attached the wings to long sucker sticks and let them dry … Read more 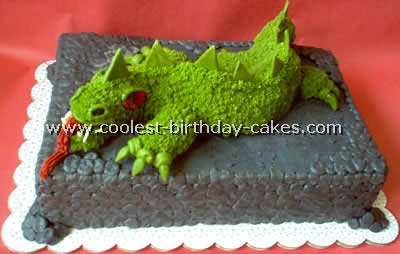 I piped #10 round tips in rows on the cake. After piping a row I went back and flattened the balls with my finger to give the wall an authentic look. Everyone was impressed, especially my son and not difficult to make dragon cakes at all. 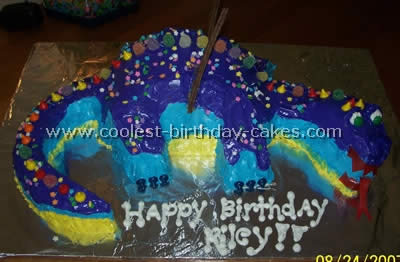 I followed the instructions on this site for a dragon cake but I made three cakes (just in case) which gave me room to mess up. I used fruit roll ups for the mouth/teeth. I used chocolate graham crackers for the wings since my fruit roll up wings didnt look right. This cake was for … Read more 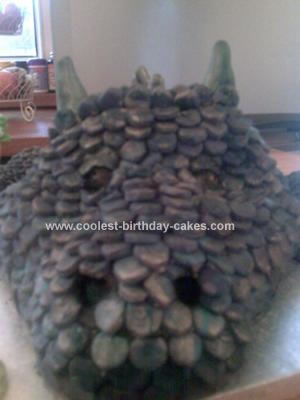 This Scottish Dragon Cake is a chocolate sponge with caramel and buttercream. I covered with marshmallow fondant scales! 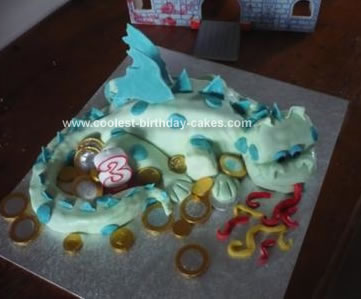 To make this homemade dragon cake I first off made 2 round wheat free cakes. I then cut one in half for the main body then used the second cake cut in to seven pieces to form tail, feet, and head. I then iced with royal icing. I cut triangles and wing shapes (with a … Read more