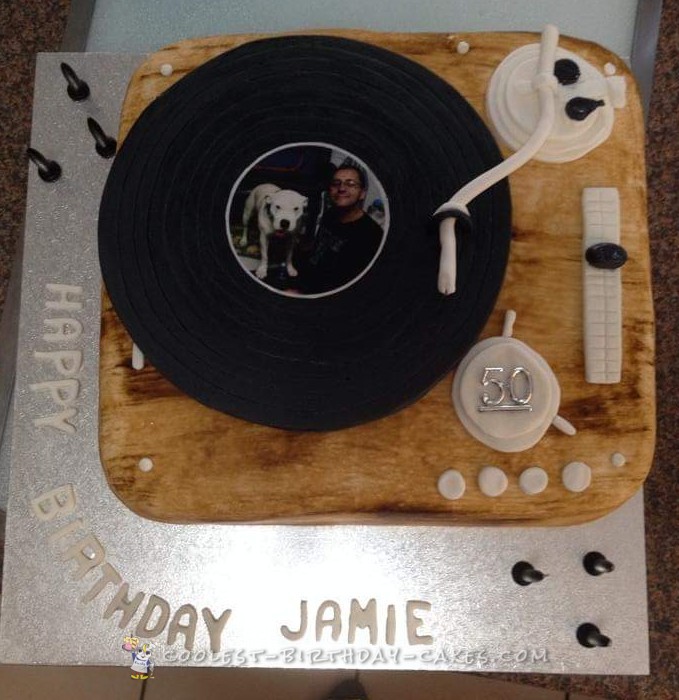 I made this record player birthday cake with chocolate mud cake and chocolate butter cream covered in fondant. The colors and shading done with tea all pieces of the player and record is eatable. This birthday cake was still my favourite mud cake that I made. I used a large square tin to make the cake … Read more 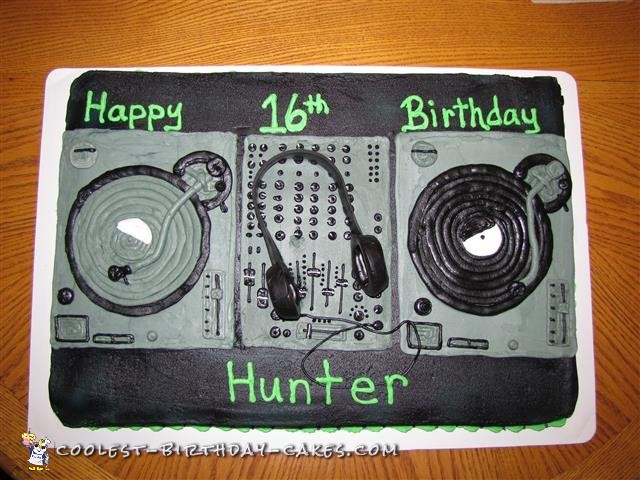 I started out by baking 2 half sheet cakes. Once they were cooled I leveled them off and iced them in buttercream icing. I airbrushed it all black and did a lime green shell border around the bottom. I colored some icing grey and drew 3 squares and then smoothed it out. I then added … Read more 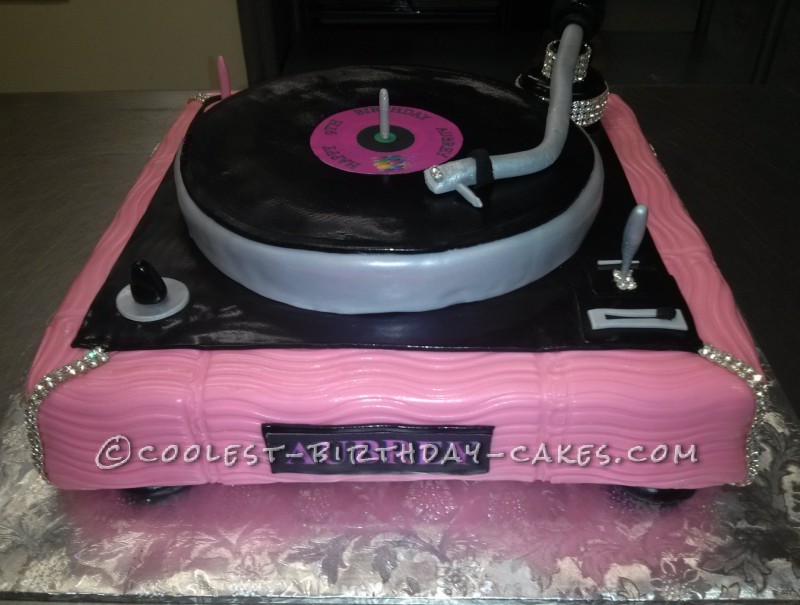 This turntable cake took about 6 hours to make.  The hardest part was finding something that I could use to make the grooves on the record/album stand out.  I finally thought of using the bottom of a frying pan from T-Fal.  It has the exact setting needed to create this look. The 9 year old … Read more 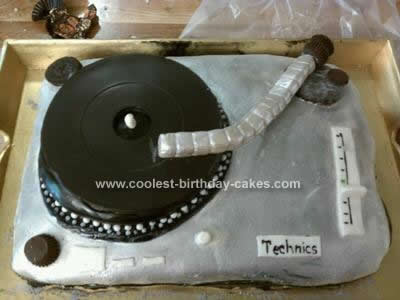 This Turntable Birthday Cake Design was made for a friend’s birthday who is also a DJ. It is a yellow cake with a 21×10 size bottom and a smaller circular portion on top. The cake is covered in white chocolate fondant which was dyed and then painted silver. The cake also has many different candies/cookies … Read more 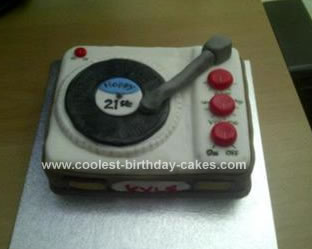 This record player cake was made for my son’s 21st birthday. I used an 8in square tin. I cut 1/2in off one side and placed this on top to one side of cake covered cake with butter icing, cut out a round shape of icing to place on top for the turn table. Then covered … Read more 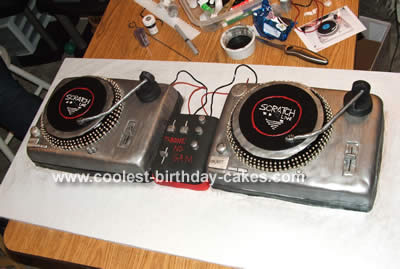 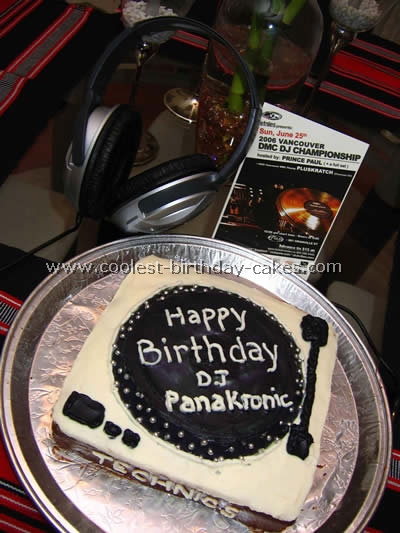 Well, heres my attempt (not bad for a first try). When I made this cake, I used a basic chocolate recipe I found on the internet and baked it in a square pan just like the base of a turntable. I used chocolate buttercream icing to cover the main base (it’s supposed to be black … Read more 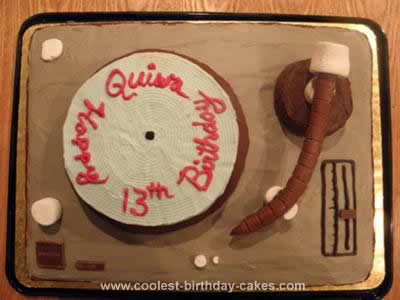 My oldest son had a DJ party 2 weeks ago and wanted a Turntable Birthday Cake Design. I used 3 boxes of marble cake in two 9×13 inch pans(1 1/2 in each). I frosted the top of them with whipped vanilla icing that I tinted a silvery grey color with black icing. I frosted the … Read more 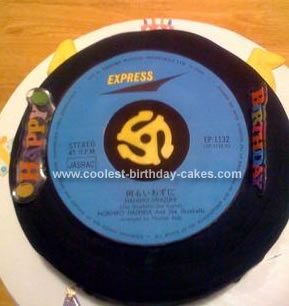 I just turned 45 on July 23rd so I decided to make myself a cake shaped like a 45! I found the yellow spindle at a vintage record shop for 10 cents and printed a record label off the computer. I’m still practicing with fondant but I used black vanilla flavored Satin Ice for the … Read more 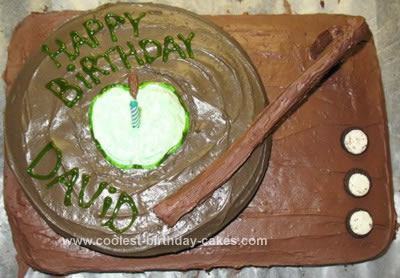 I’ve started making different cakes for friends and family of their favorite things. My father in law is a big fan of the Beatles so as surprise for his birthday I made this Beatles Record Birthday Cake complete with player. It was a big hit! Everybody devoured it. I put chocolate icing on a chocolate … Read more