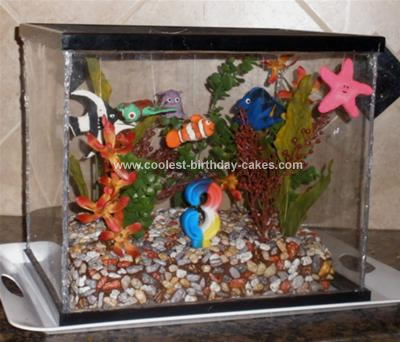 This Aquarium Birthday Cake is so far my most ambitious creatively and proudest cake thus far. Everything is homemade with the exception of the “plants” which are cuts from faux single stems from my local craft store. The “aquarium” is two metal photo frames with the glass removed, plexi-glass and window screen on top all … Read more 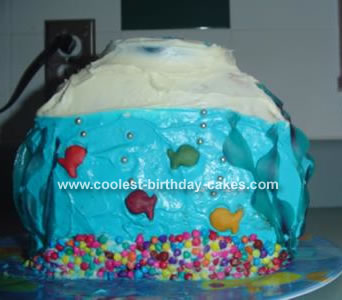 This fishbowl cake was made with 2 8inch cakes, layered, trimmed at the bottom and laid on it’s side. For the lip of the bowl, I used a fruit by the foot and covered it all in blue and white icing. Pepperidge farm coloured goldfish and silver cake balls, fruit by the foot (seaweed) and … Read more 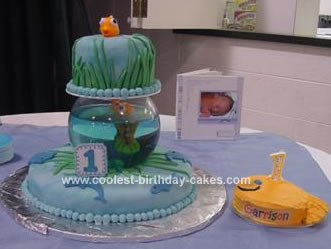 This Fish Bowl Cake was my first attempt at fondant and I enjoyed it. I mixed it with blue gel color but didn’t mix thoroughly so it would give a watery look. I used a thoroughly dishwasher cleaned CD stack cover cut to the right height (clear plastic) to hold the bowl firmly in the … Read more 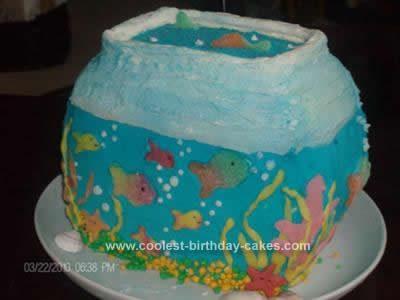 I made this Fishbowl Birthday Cake Idea by making two round cakes. I put a layer of buttercream icing and stacked them. Put it in the fridge to set/firm. Then I trimmed the top and bottom to make flat spots, and stood it up. Then covered it in a thin layer of white buttercream icing, … Read more 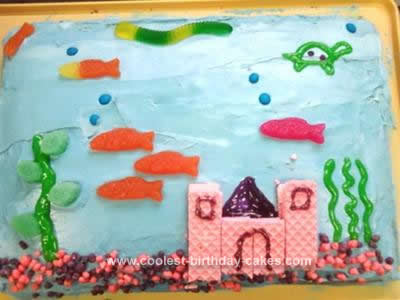 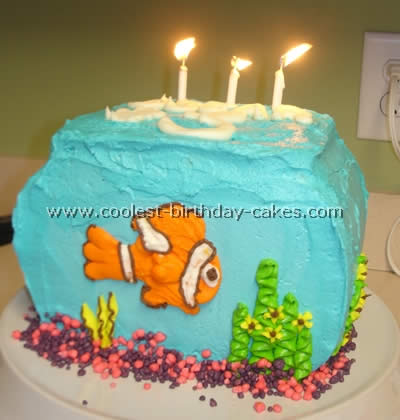 This fish birthday cake was my sons third birthday cake. I made two 9 inch rounds, iced together, cut a ‘top’ and ‘bottom’ into the opposite sides of the circle and turned the whole thing on its side. I iced it blue with flora and fish. I used nerds for the gravel which really made … Read more 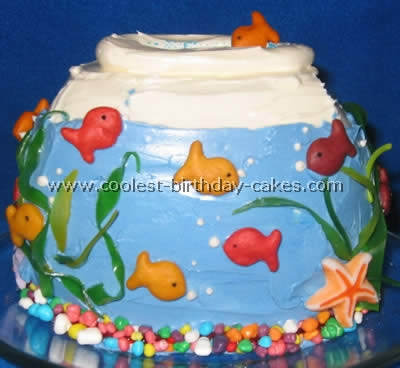