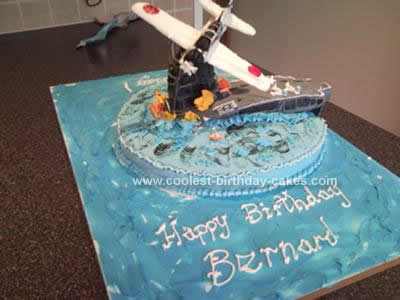 This Aircraft Carrier and Plane Cake was made for a friend as he was born on the day Pearl Harbor was bombed. The plane was made from fondant icing and royal icing. The cake was sponge, white and chocolate. The boat was sponge sinking into main cake. The size was a 14 ” base. It … Read more

I used one 13X18 sheet cake but you could use two 9X13 and set them side by side for this Homemade Jet Birthday Cake Design. The icing was colored with McCormick’s Black Food Coloring (found in the spices area at the store.) Remember it is a liquid color is it will thin the icing some. … Read more 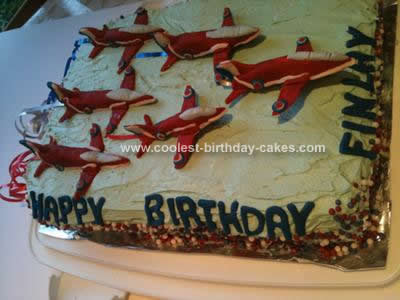 My son is a huge Red Arrows fan, they are the British aerobatic jet plane display team. He wanted a Red Arrows cake, so I decided to make him a cake with the Red Arrows in formation. Usually there are 9 planes in a full formation, but since he was turning 6, I made only … Read more 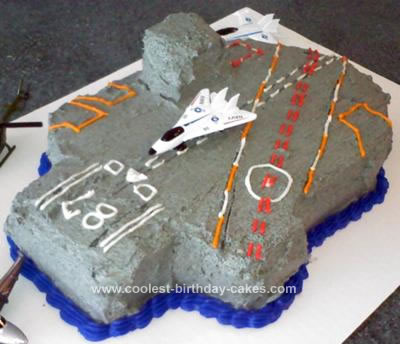 I made this aircraft carrier birthday cake for my son’s 11th birthday. I used one cake mix and cut the cake to match a toy aircraft carrier of my son’s. I used hospital icing colored with black to make the grey color. He loved it!