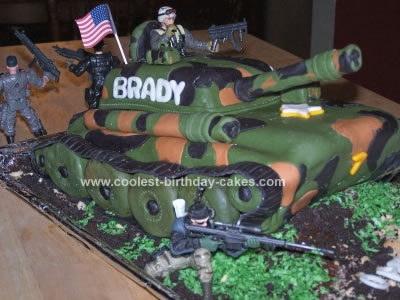 My Grandson wanted a ‘GI*Joe’ homemade army tank cake for his 7th birthday, so I found your site and started looking. I found lots of ideas from many different cakes and combined them with my own and came up with a cake that he absolutely loved. This was my first try at sculpting cake and … Read more 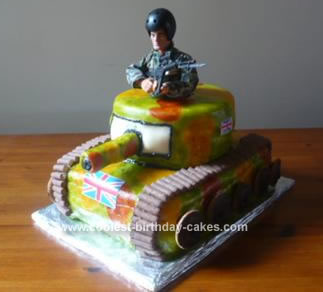 I made this Army Tank Birthday Cake for Ben’s 6th birthday. It’s a simple jam and cream sponge cake iced over and then camoed by painting food coloring. The gun is a chocolate flake wrapped in icing, supported by a kebab skewer. The tracks are chocolate fingers and digestive biscuits sticks. The hole for the … Read more 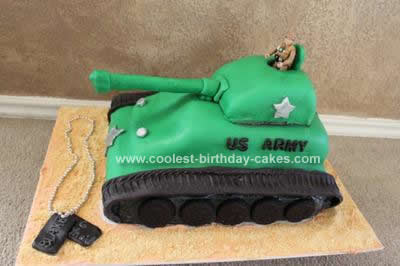 My neighbor asked me to make her son a military cake and so I put this Army Tank Cake together from a bunch of ideas on the internet. It’s 90% edible except the soldier on top and the wooden dowel covered in fondant for the gun. To make the ID tags I used silver edible … Read more 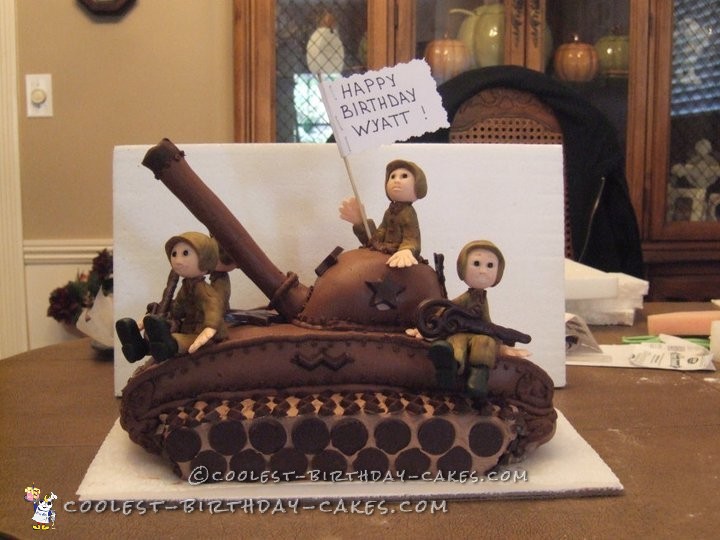 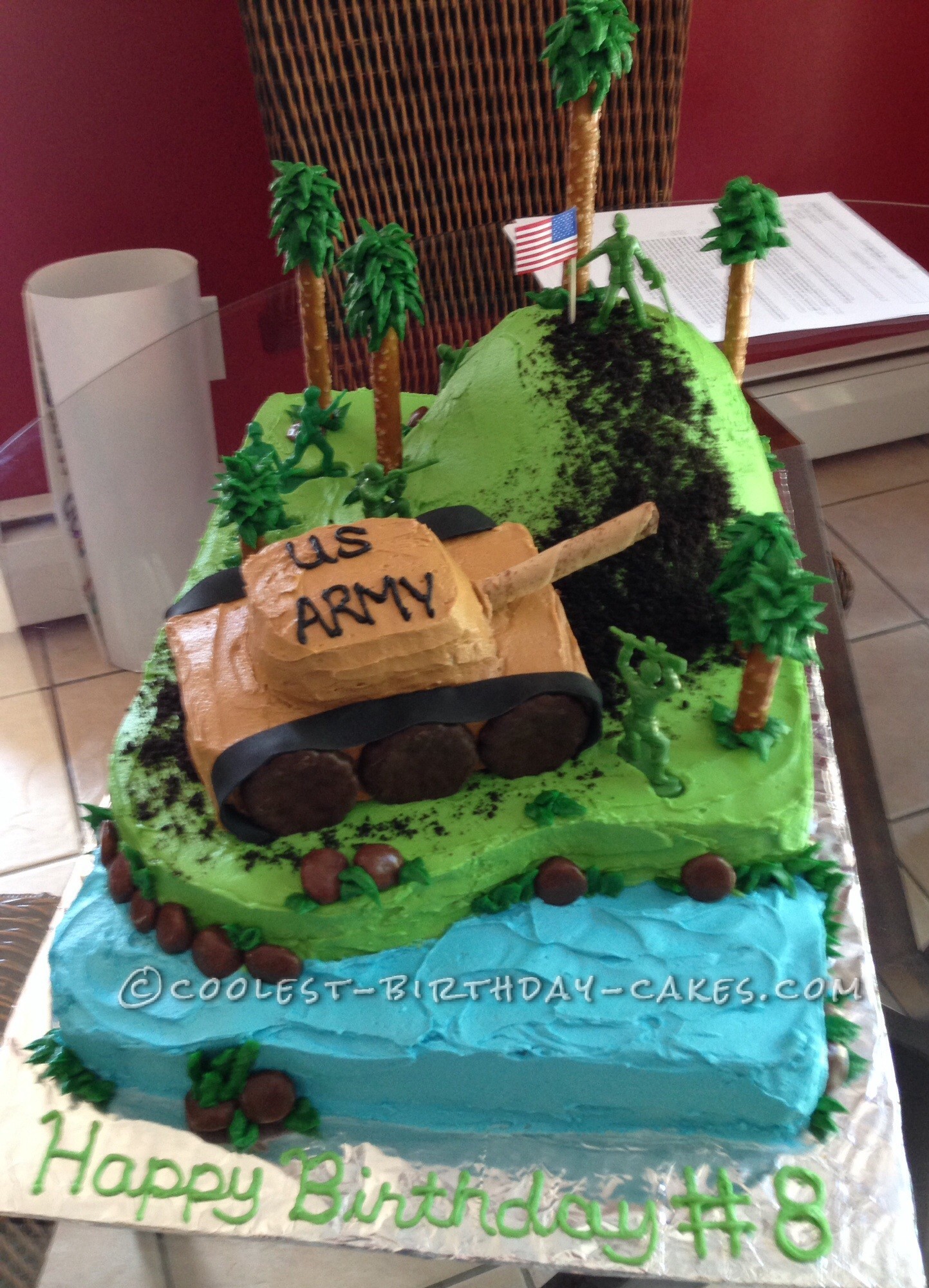 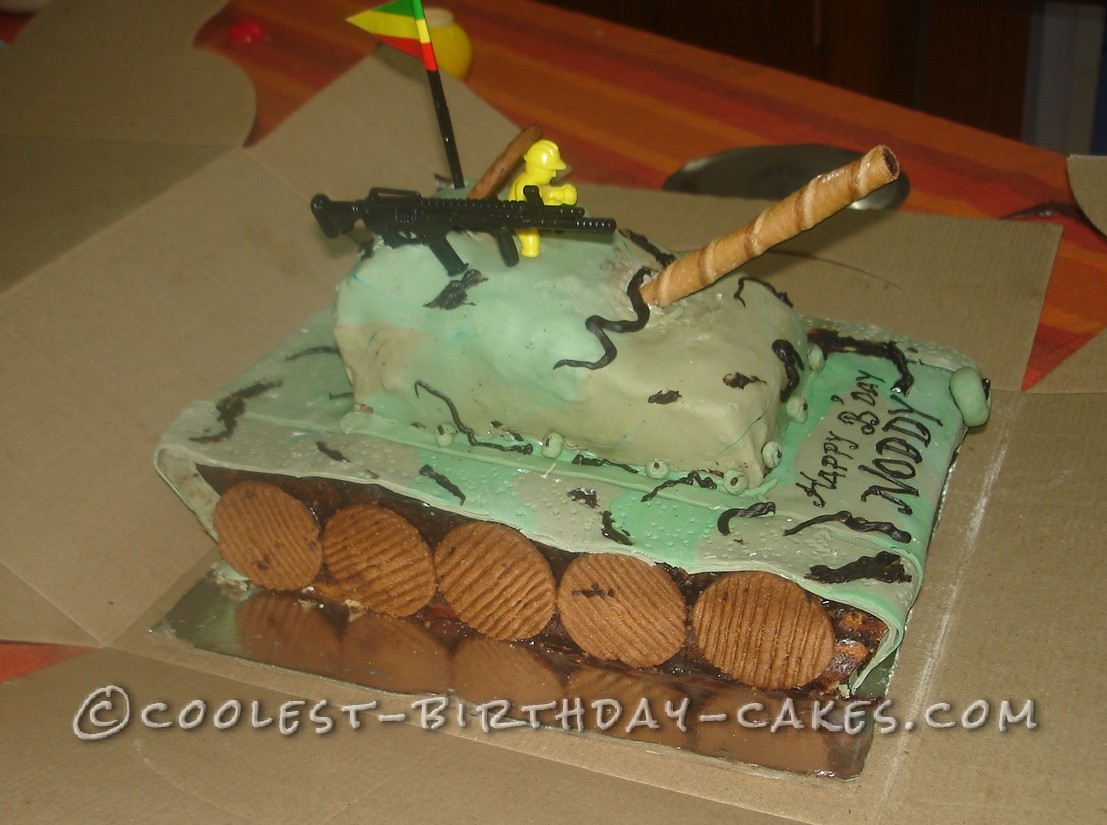 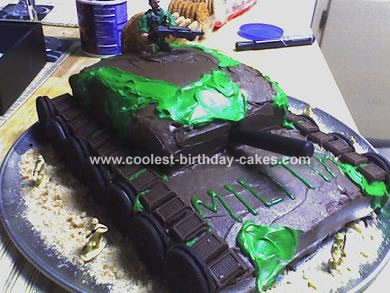 My best friend was having her birthday party and the theme was army/camo. I decided to make her a tank cake! I had got the idea for it from this site! I made a large cake first for the bottom piece and then used a smaller square sized baking pan for the top part. I … Read more 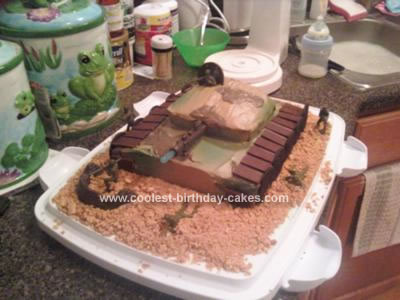 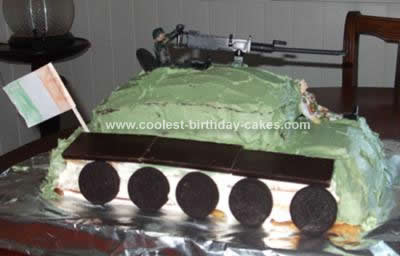 My army mad 8yr old announced he would like an army type cake so I was delighted to come across your web site! I got great inspiration for this Homemade Irish Army Tank Cake from all the fantastic cake recipes and helpful tips. I started by making two plain sponges in a Swiss roll tin … Read more 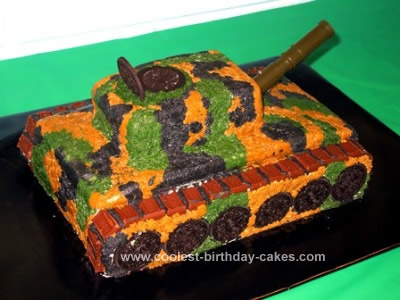 This Homemade Army Tank Birthday Cake was made for my son’s 8th birthday. It is a chocolate and vanilla layered cake (in thin layers), covered with a homemade buttercream frosting with almond flavoring. The frosting was applied using a star tip then cooled in the fridge for about 20 minutes. Once frosting began to firm … Read more