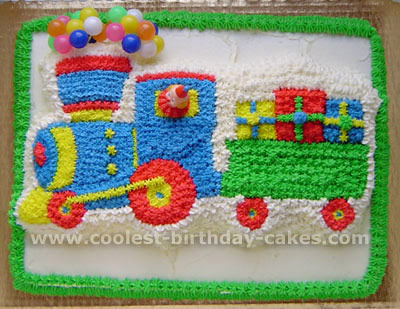 I made these train cakes using a Wilton shaped train pan, and a 1/2 sheet cake underneath the train. I used three French vanilla cake mixes for the entire cake. It was frosted in butter cream icing using mostly star tips for the top layer. After icing the train cakes I added 2 sets of … Read more 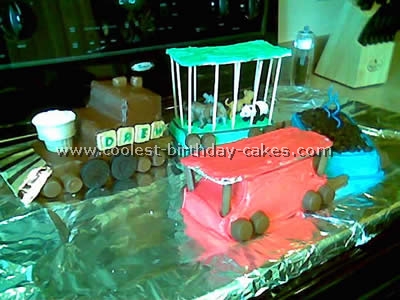 I used medium bread loaf pans and baked 6 different loaves (2 boxes of cake mix bake as directed) for these train birthday cakes. I stacked three loaves for the engine after cutting them to size. Use ice cream cone for the smoke. Stack small peanut butter cups for the wheels, Oreos for the bigger … Read more 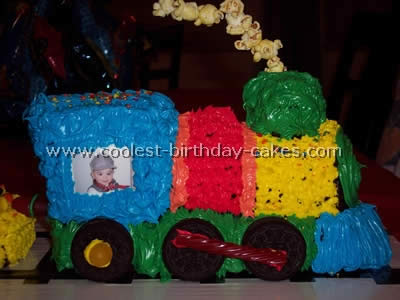 For my sons 1st Birthday I made a train birthday cake. I used the Wilton choo choo train cake mold and mini loaf pans for the cars. I decorated each car a different color and scooped out about 2 inches of the center so I could fill it with treats.The wheels were mini Oreos and … Read more

I used ideas from this website to create this beautiful train shape cake for my sons second birthday. I prepared the cake board by coloring some ready made marzipan icing in green and rolling it straight on to the board then cutting the excess. Next I laid out the train tracks using liquorices. I baked … Read more

This was the first cake I had ever done. My son was turning one and I wanted to do something special for his birthday so decided on a train cake. The two main train cars were made from a large cake cut into smaller sections. Each of the smaller train cars were individual mini pound … Read more

My niece insisted on having a pink train birthday cake for her 4th birthday! I bought the Wilton Choo Choo train cake pan on EBay and for the train cars I baked 2 loaves and cut them to the sizes I wanted. I bought the cake mix in bulk from Bulk Barn (It was easiest … Read more 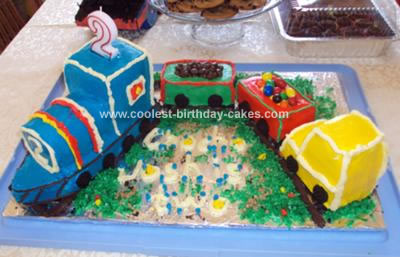 I made this train cake for my son’s second birthday. He loves trains so I decided to search in the internet and found this website. Thank you so much for making this cake possible. My train cake is made up of red velvet pound cake and orange pound cake. I used chocolate licorice and Oreo … Read more 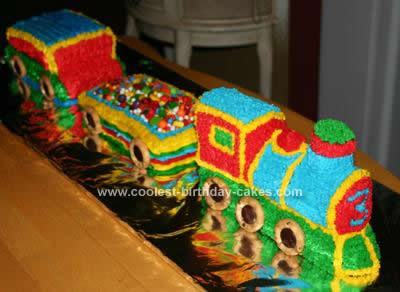 I was so pleased with how adorable this 3D Train Birthday Cake Idea turned out. My 3 year old is a train fanatic! I used a Wilton Cake mold for the engine and printed the instructions off the Wilton web site and also got decorating color ideas there. If you’re looking for something good to … Read more 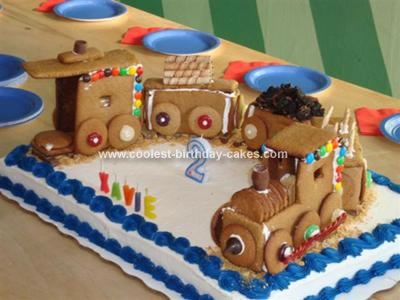 This Train Birthday Cake was fun and pretty easy. All the party guests were very impressed. It’s a store bought sheet cake for the base, wanted it to be simple and easy. Then I used a pattern for gingerbread trains used for the winter holidays. We ordered the cake and made the train the day … Read more 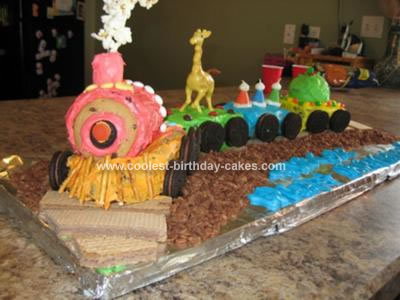 After researching different web sites for train cakes, I have decided to take the best ideas add my own and create what I hoped will be a wonderful cake. I was very happy with the end results of this choo choo train cake. I started by using two cake mixes, pouring them into two square … Read more 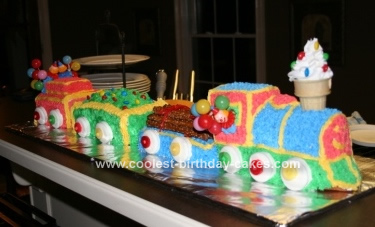 I used a Wilton 3D locomotive train cake for engine and multiple loaf pans for various cars. I shortened one loaf pan and stacked it on the top middle of the “short” loaf – making a “caboose” effect. For the smoke stack – I used an ice cream cone and iced it up like a … Read more 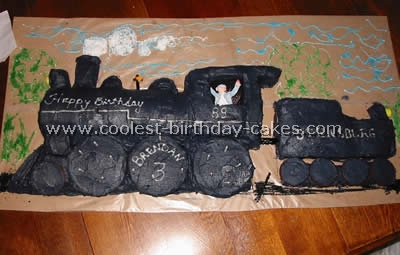 This train birthday cake is the Strasburg Railroads Canadian National Engine 89. My son is obsessed with trains and one of his favorite books is “Steam Train Ride” which features this actual train from the Strasburg Railroad in Pennsylvania. So although he spends hours playing with his Thomas train, his request for his 3rd Birthday … Read more