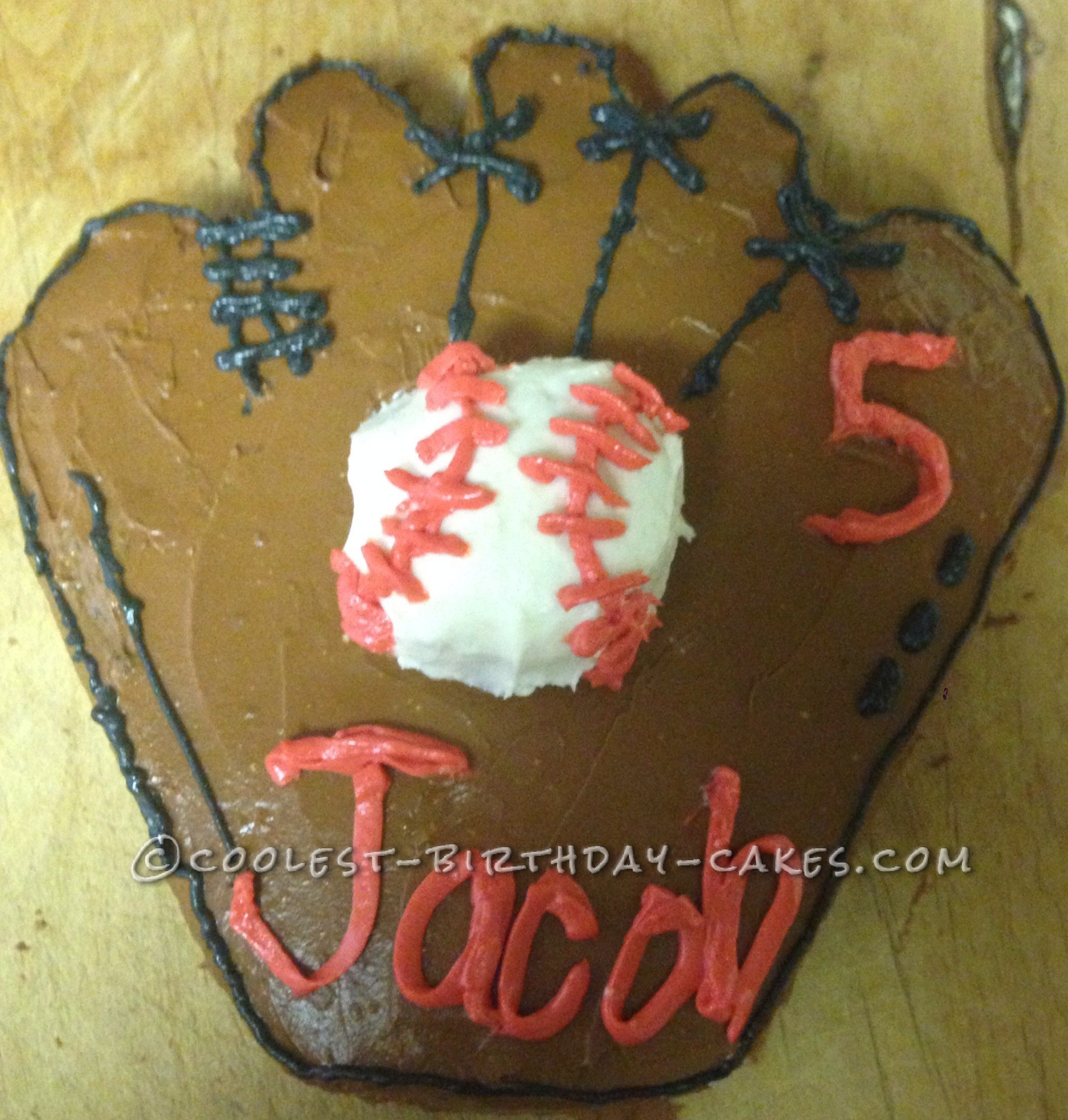 I made this baseball glove cake for my five year old son.  I used a circle cake to make the glove and the bottom of a cupcake to create the look of a baseball. On the day of his birthday I got all of the supplies ready to decorate his cake.  I colored the frosting … Read more 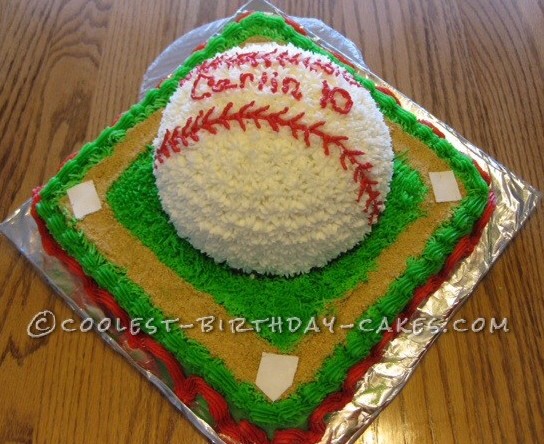 This baseball cake was made in a 10″ square cake pan with the ball part made in a half of a wilton sports ball pan. The whole cake is done in homemade butter cream frosting. I used graham cracker crumbs  for the base line.  The base plates I cut out of fondant. This was a fun … Read more 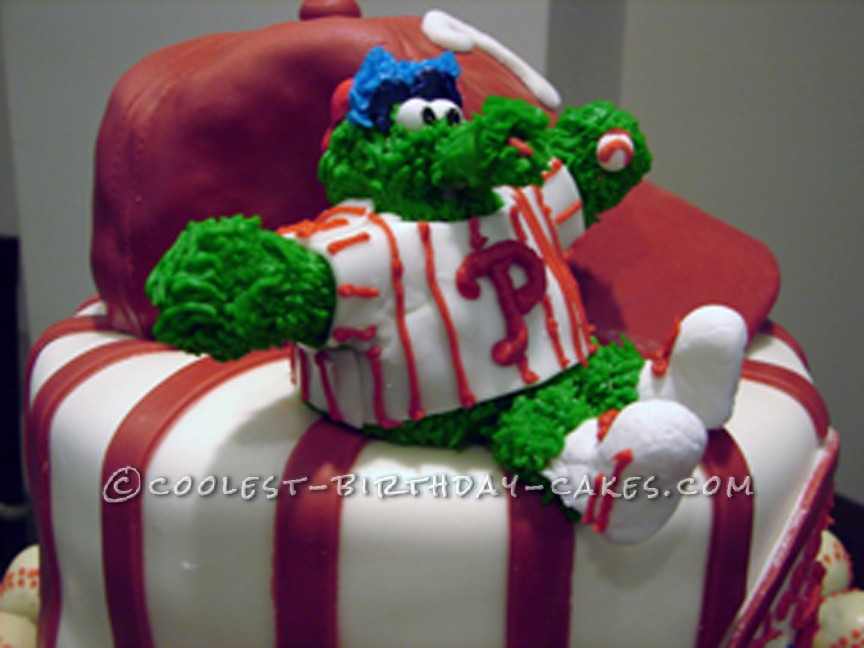 My daughter and I teamed up to  make a birthday cake for a die hard Phillies fan. The guidelines were that it had to feed 70 people normal slices of cake… not skimpy wedding slices. It was for a birthday party and people wanted to eat birthday cake in normal amounts and some in un-normal … Read more 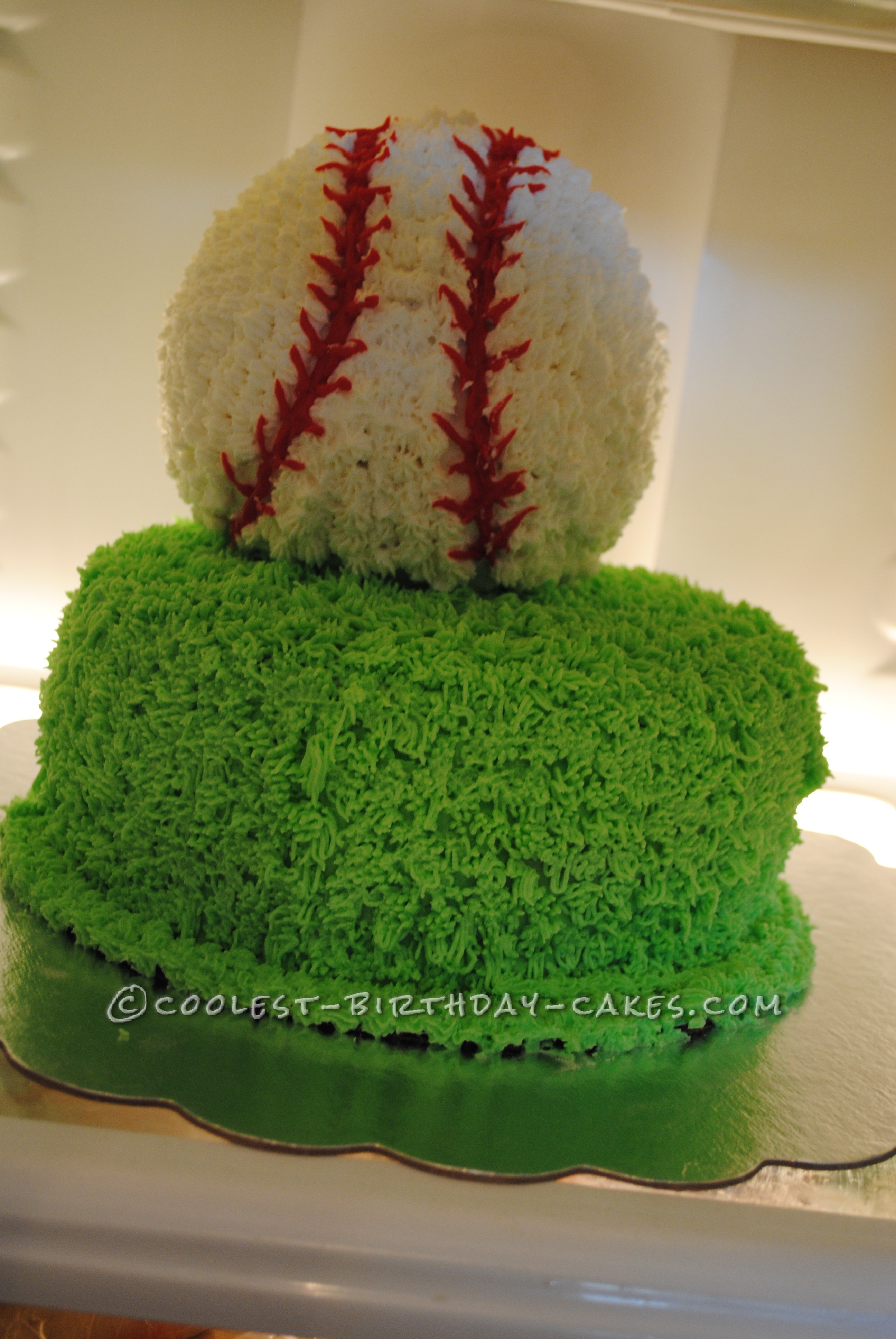 This baseball birthday cake was my first attempt to make a 3-D cake. Being nervous I began the cake making process 3 days early. Purchased the cake pan and read the directions twice over. I even made sure I had enough batter making supplies to make an extra one if needed. A successful first attempt … Read more 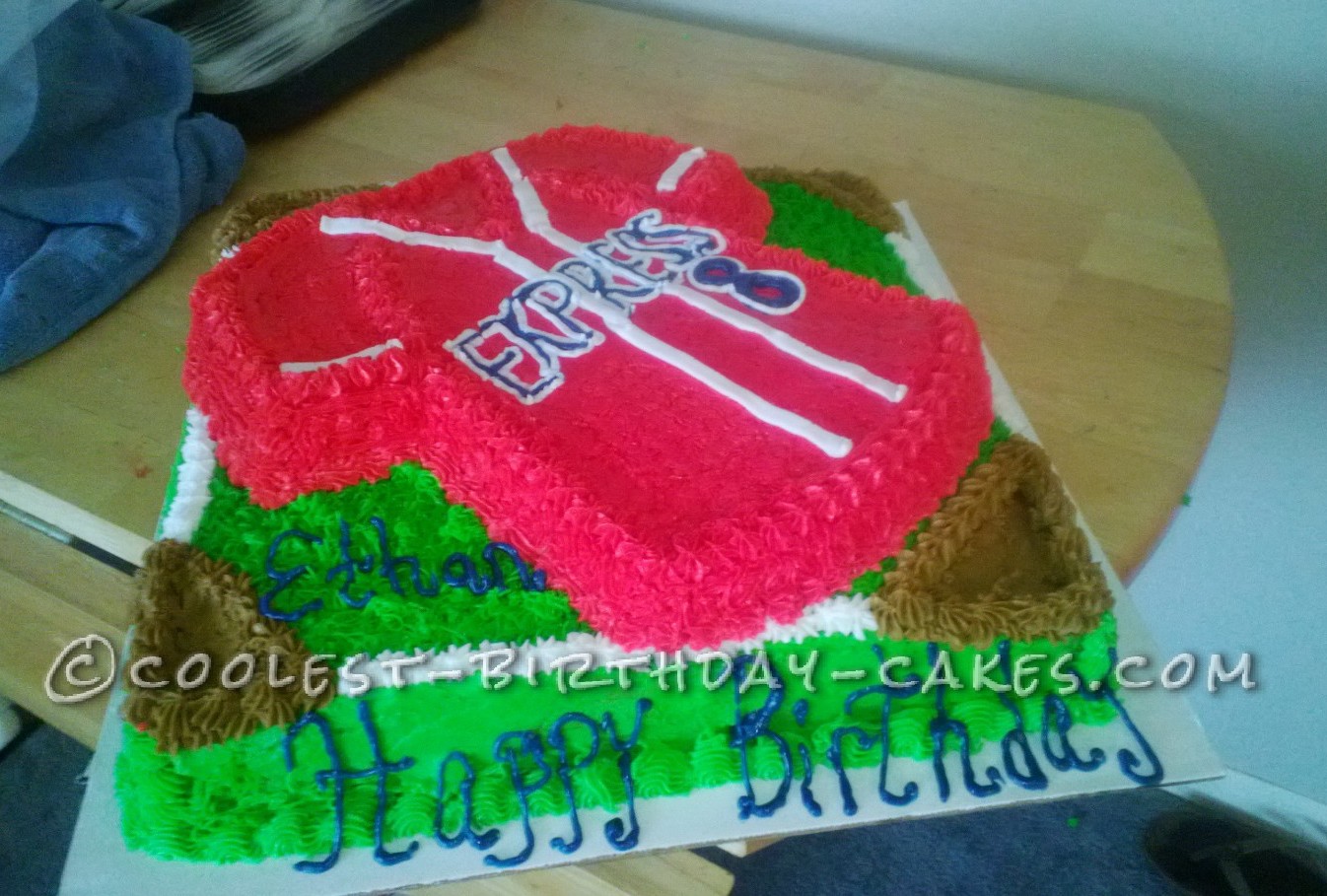 This Baseball Jersey birthday cake was made at the request of an eight year old who wanted a cake of his own personal baseball jersey.  The inside of the cake was made from  three French Vanilla cake mixes.  They needed the cake to feed about 40 people so I decided to make a cake underneath (this particular … Read more 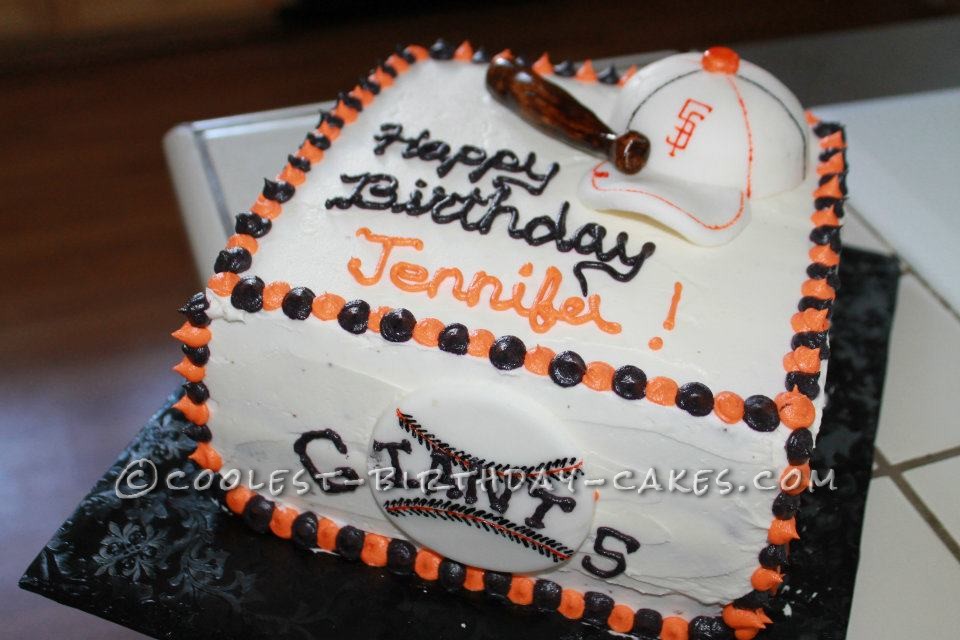 Go Giants! This was for a big Giants fan for her birthday! Chocolate cake with a chocolate pudding filling frosted with white butter cream.  Homemade of course. The accents were all made out of fondant. Just a simple 10 in square cake was used to assemble the cake. The hardest most time consuming was the little … Read more 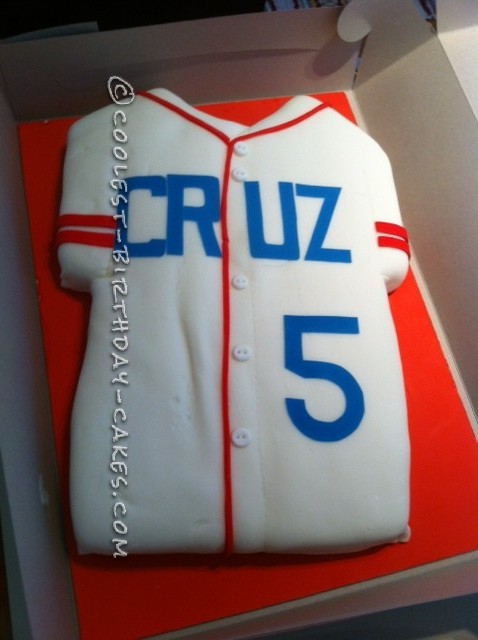 My grandson Cruz was having a baseball themed party to celebrate his fifth birthday. I usually bake my grandchildren’s birthday cakes, so I wanted to make this one unique and special. I baked two 13×9 inch cakes:  one chocolate and one vanilla. I iced them together with butter cream frosting and after chilling them about an hour, … Read more 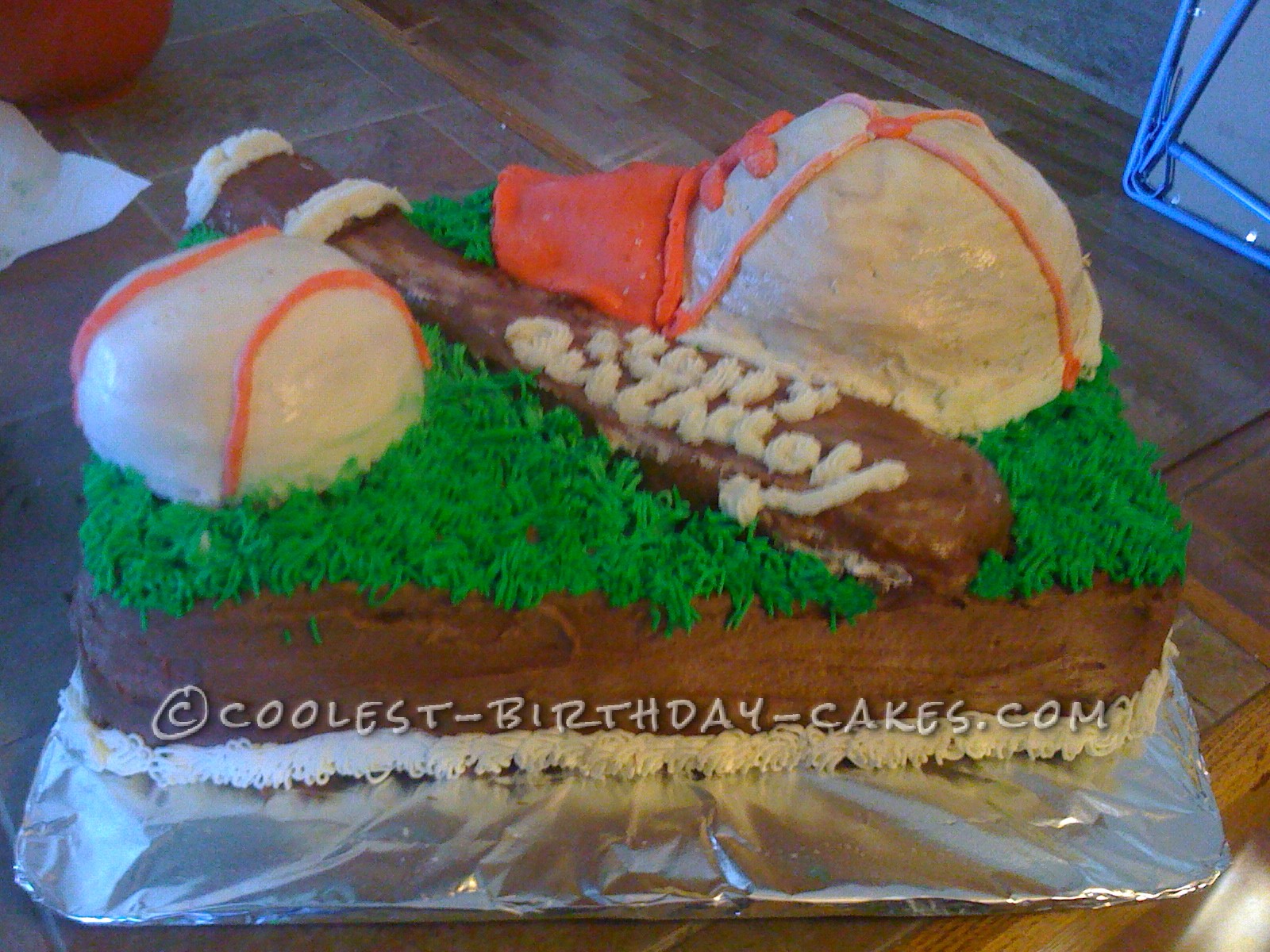 My son-in-law loves playing ball so I decided to make him a birthday cake that added a home run to his birthday!  A lot of carving of cakes and  planning went into this one. The sheet cake was chocolate and hat, bat, and ball was vanilla. The cake’s icing was also homemade with butter cream icing. … Read more

I made this Baseball diamond cake for my son’s end-of-the-season baseball banquet. The large rectangle cake on bottom is a fudge marble cake, and on top of it is a small round cake which I used a dome-shaped oven safe bowl to make. I used butter cream icing on the entire cake, which I made myself using the Wilton … Read more 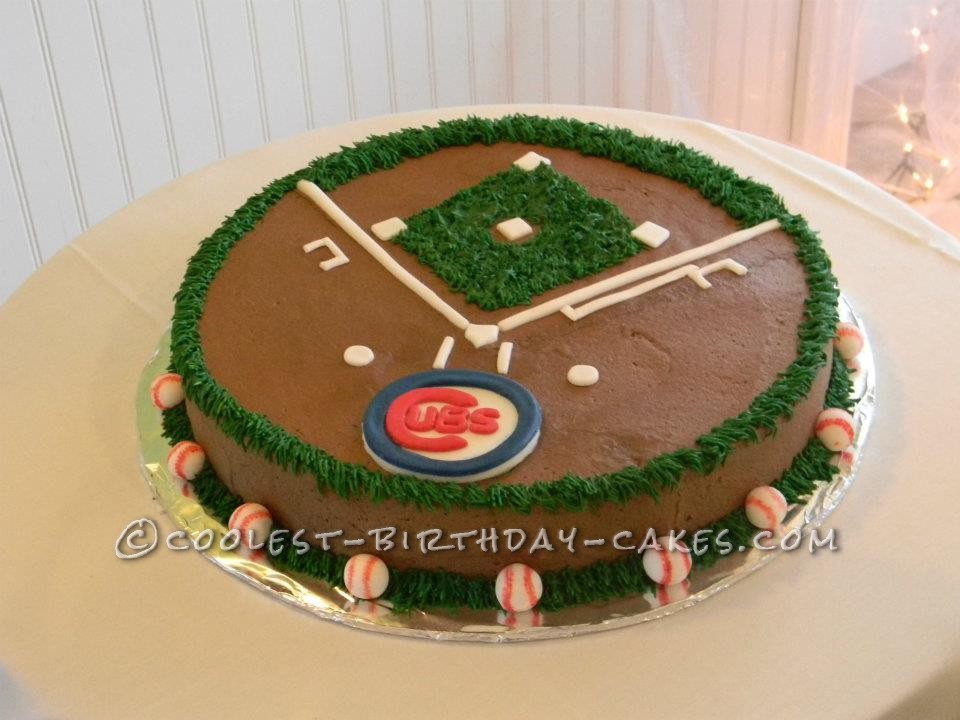 This baseball field cake was made for my nephew’s 14th birthday. He loves to play baseball. He was so happy when I gave him this cake at his birthday party. He had about 10 boys at his party and each time a guest arrived he took them straight to see his cake. What was funny … Read more

My first attempt at a baseball cap cake. I have not perfected the art of fondant so the cake is covered in butter cream. The ball is made from mm fondant and gum paste. Next time will make with all gum paste so it will be stiffer (had to hold up with toothpick, truth be … Read more