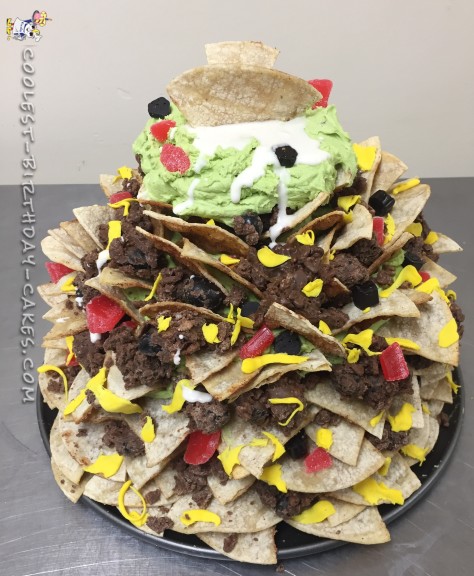 I had a great nacho cake idea of conquering up something for my parents anniversary cake! My family always expects me to make something super tasty and fun for parties. We always get nachos on every vacation at every restaurant, our guilty pleasure. The best part of this cake is no one actually thought it … Read more 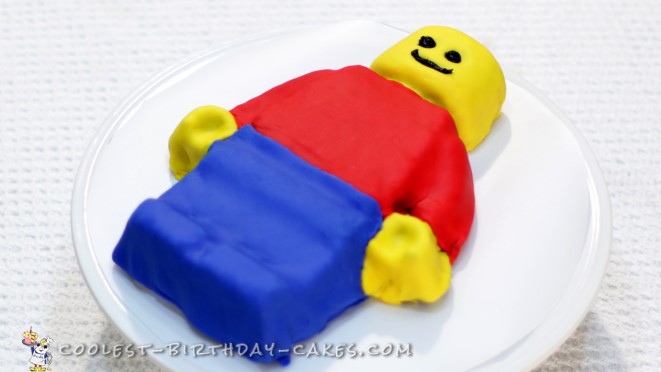 One of my friends’s daughters is a huge lego fan. She was having a birthday, she was turning 9! So I decided to surprise her by making her a Lego Man cake. It would be the first time using the Lego Man cake mold that I had sitting on my shelf, and my first time … Read more 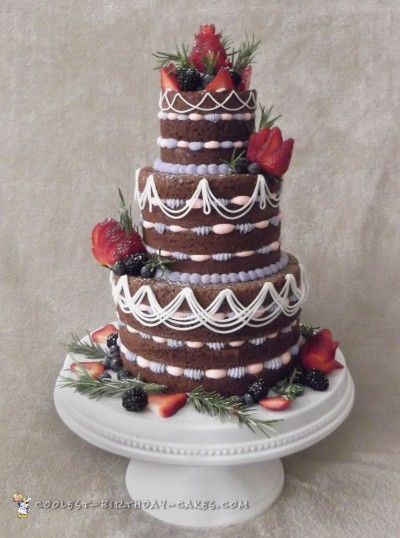 “Lingerie” Once upon a cold and rainy March day, my husband had a birthday. A week previous, I drew up a plan for an extravagant naked cake; just for my man. To my dismay, he said, “No Way.” “A very simple cake will do.” so I baked him one (That was sugar free)! A naked cake I still desired to make, so … Read more 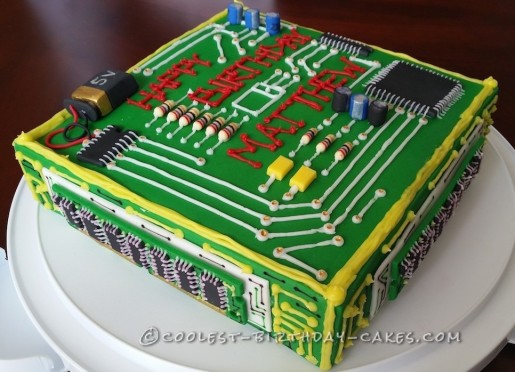 I made this computer birthday cake for my boyfriend.  He and I are both computer engineers. He loves nerdy things, so I decided I’d make a surprise birthday cake for his 27th birthday (this past May). The thing is, I don’t typically cook or bake so it was pretty nerve wracking to plan, design, and … Read more 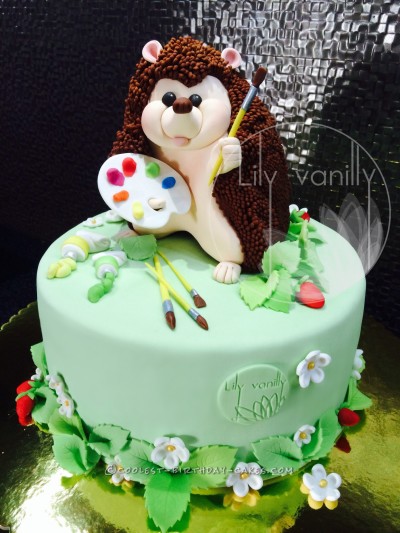 There is a romantic story behind this hedgehog birthday cake. It was ordered by a young woman as a gift for the birthday of her loved one, who is a talented artist. The hedgehog symbolizes the young artist himself, not only representing his personality, but also having something common with his appearance. :) She knew that … Read more 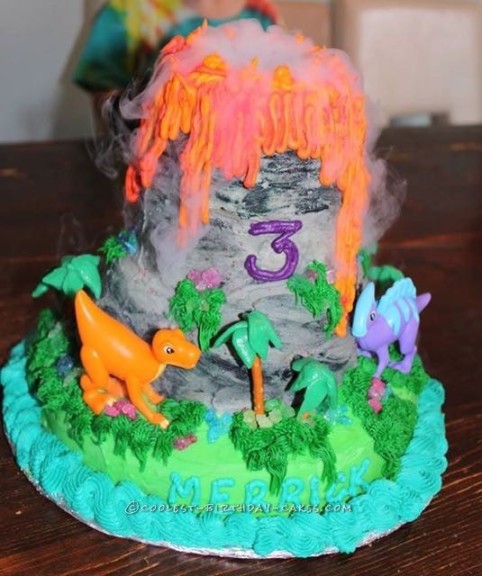 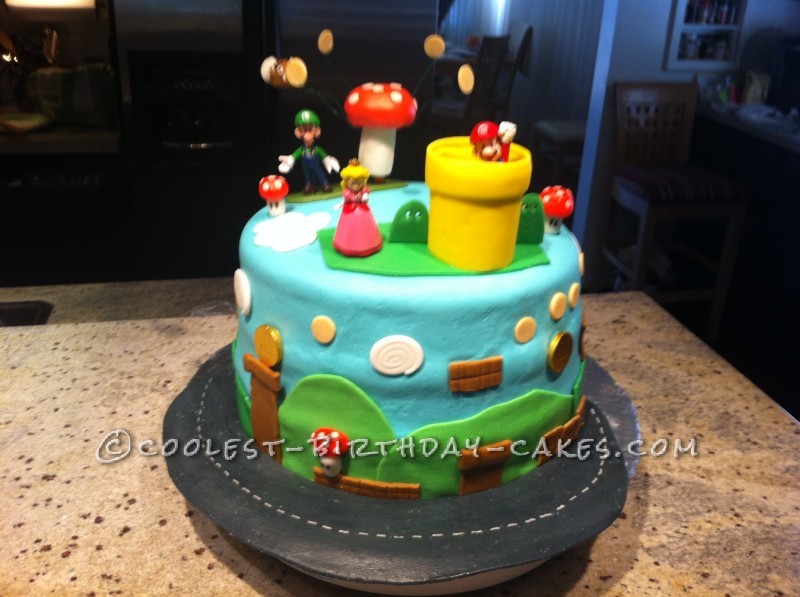 For this animated Mario Brothers cake, I had to purchase 2, cake pans 10”X 3”.  1 box of cake mix per pan  3 layers high, one white and two chocolate, with ½ half strawberry with vanilla pudding filling and the other half chocolate ganaches, which allowed the cake to settle on one side so I … Read more 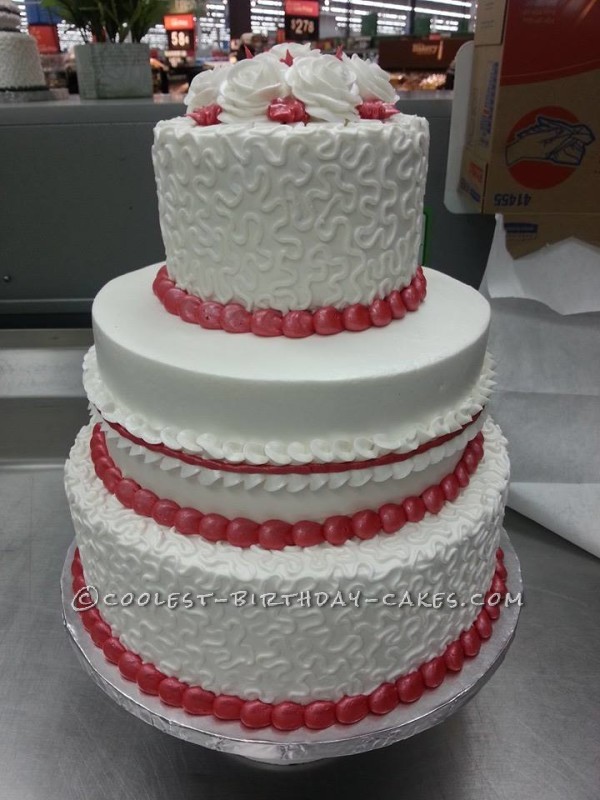 I made this three-tier cake for an older couple celebrating their wedding anniversary. When they placed their order with me, the wife was initially very undecided about what she wanted. She browsed our design book for nearly half an hour, going back and forth between different cakes. Finally she looked up and saw our display … Read more 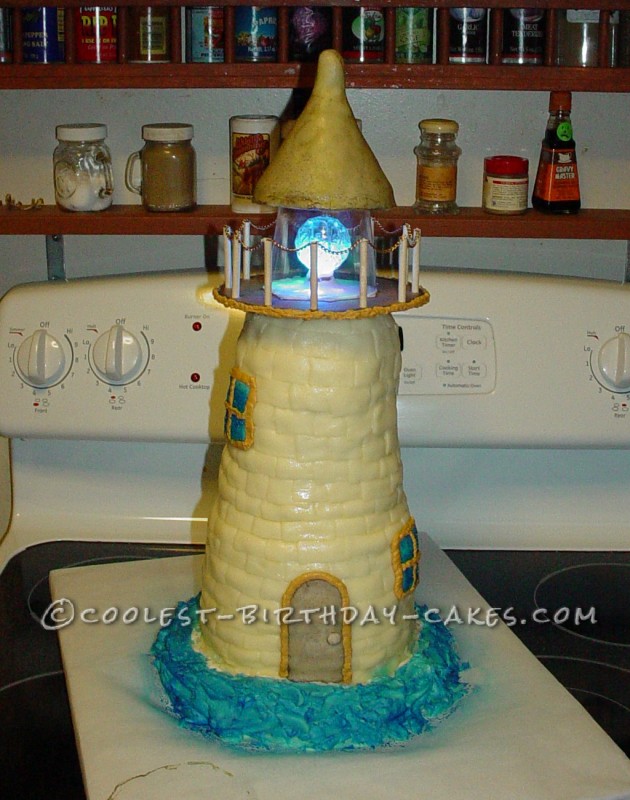 This lighthouse cake was my first attempt at a 3D specialty cake. I watch Ace of Cakes and other baking shows on TV often and have always wanted to create an edible masterpiece. My mother in law’s birthday offered me that first opportunity to try it out. I wanted to give her a gift that … Read more 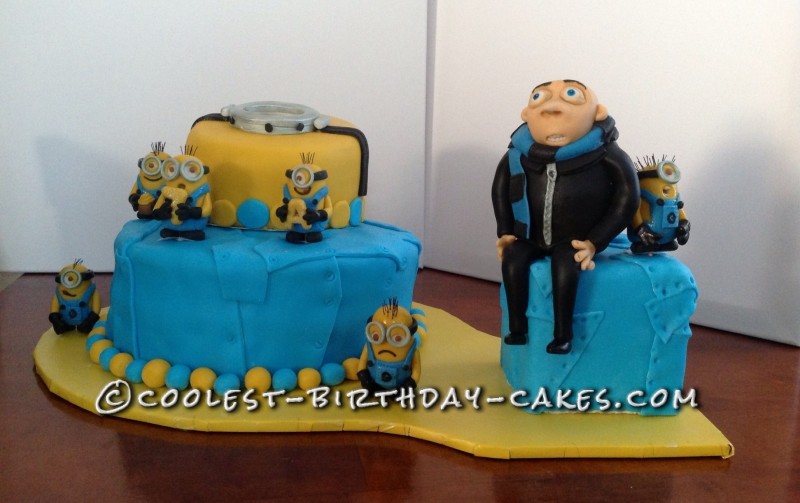 This is my story, I have been baking the cakes and my husband has been decorating the cakes using fondant and he also makes fondant cake toppers. All of the cakes he has  decorated have been for family, the funny thing about this is that my husband decided not to decorate any more cakes because … Read more 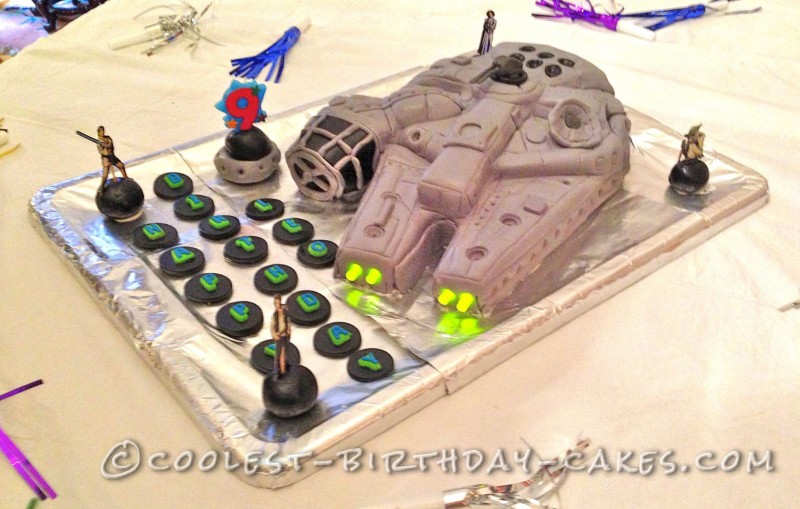 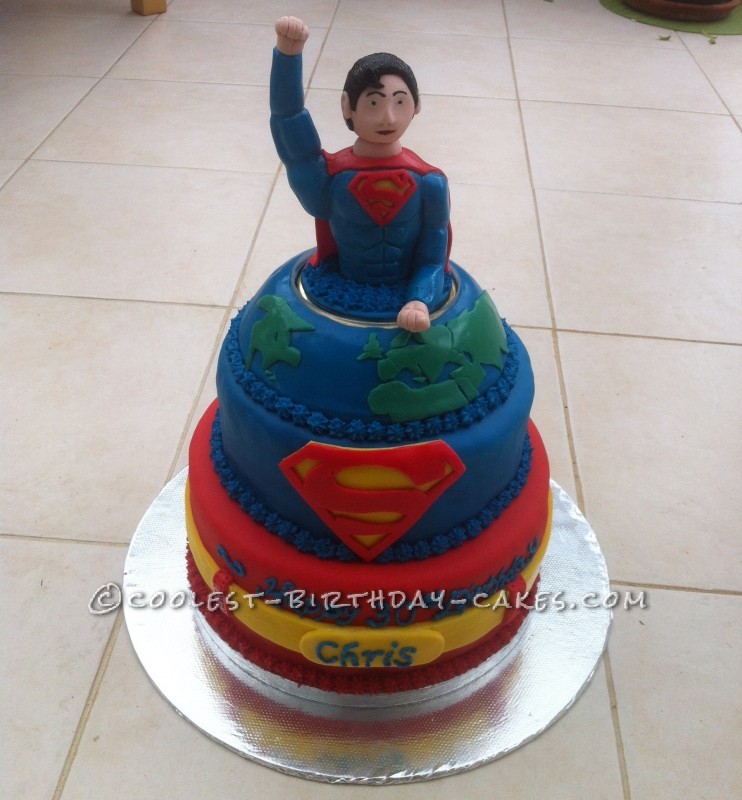 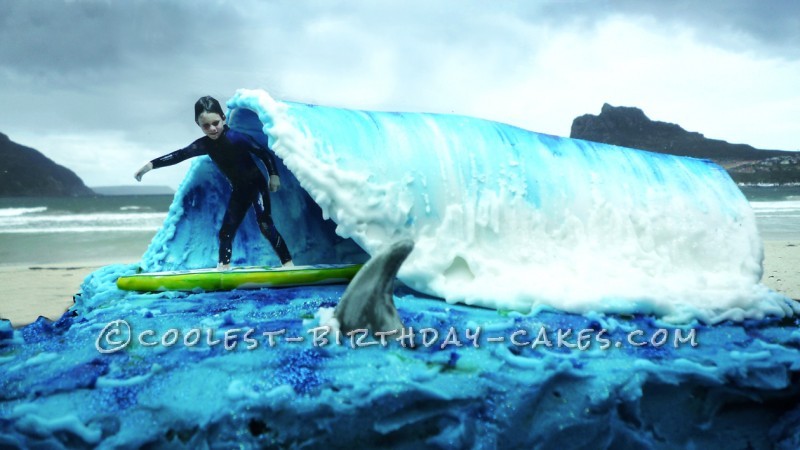 I loved making this cake, my son Jack has just started surfing and he is loving it. We booked a handful of his friends into the local surf school and then came the challenge, he wanted a “wave cake with him riding it!” . I love the way that our kids think we can do … Read more 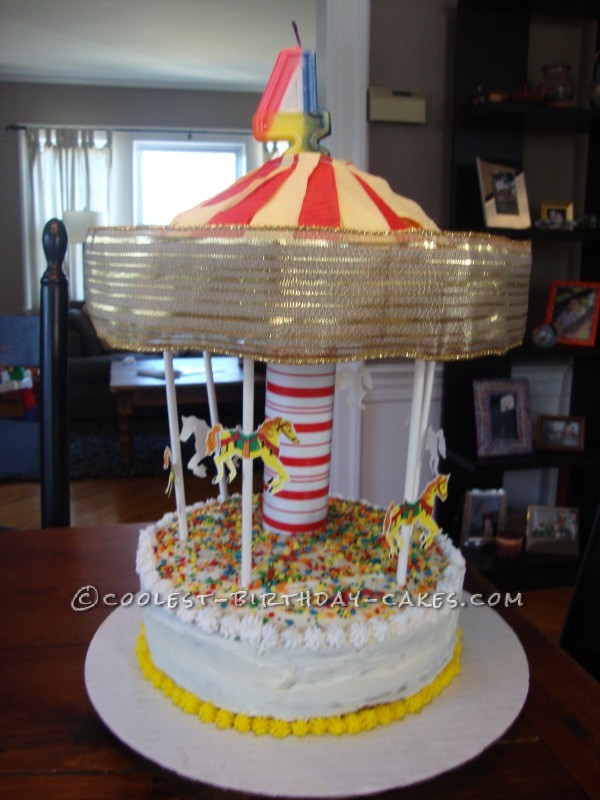 My son was having a carnival-themed party for his 4th birthday and we came up with the idea to make a carousel birthday cake. Many of the ideas came to me as I was going along. I started with a two-layer cake, iced it in white and used the funfetti decorations that came along with … Read more 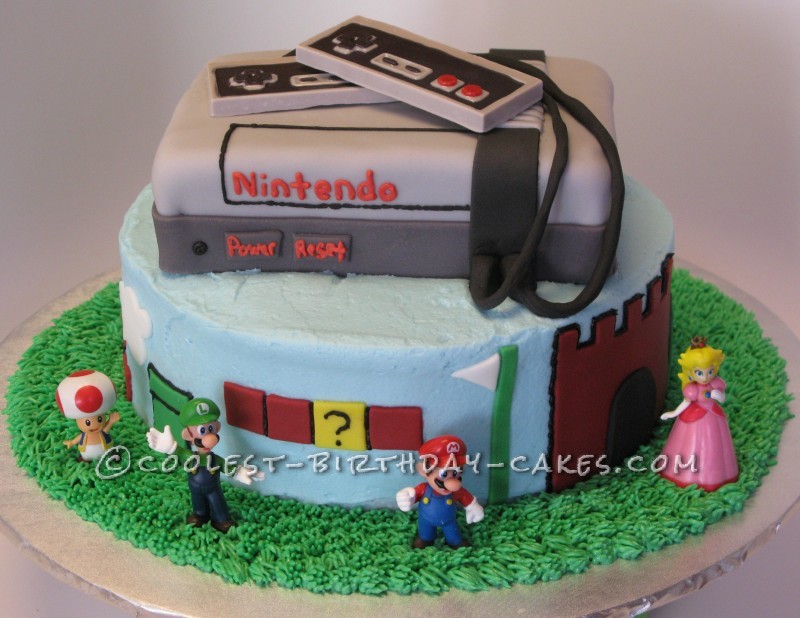 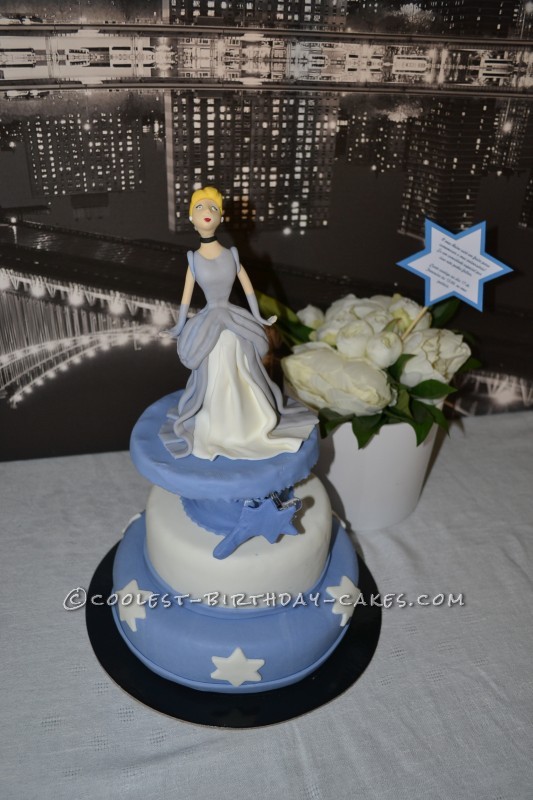 Some friends asked my wife to do a birthday cake for a girl of eight years. With her age she is crazy about princesses. Well, what came to mind was that despite having done many projects with ArduinoI had never applied electronics in a cake. So we decided to join forces and add some light … Read more 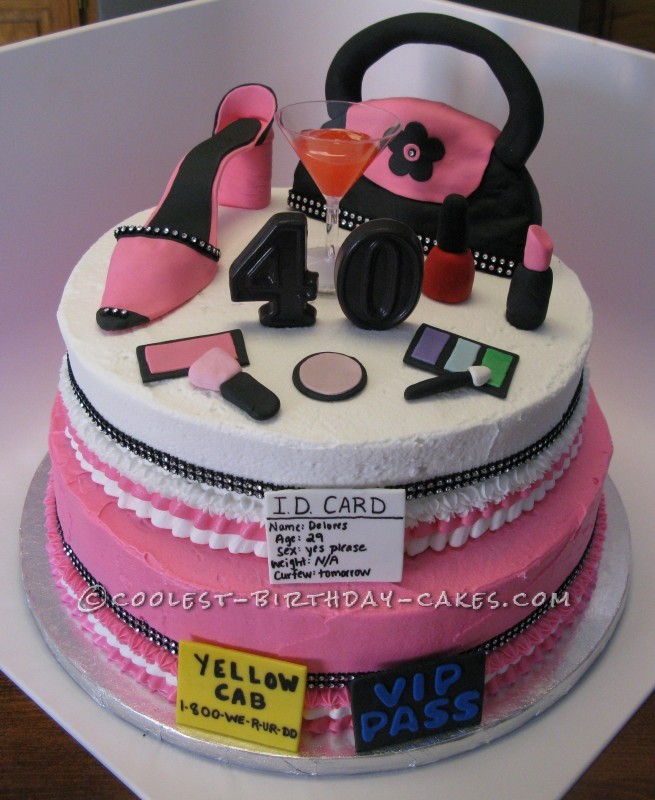 When one of my friends e-mailed me about making a 40th birthday cake for one of our friends, I jumped all over the opportunity. What makes it even more fun was that the party was a surprise. Shhh! Well, I guess it’s okay now, since the party has already taken place.  So, the creative juices … Read more