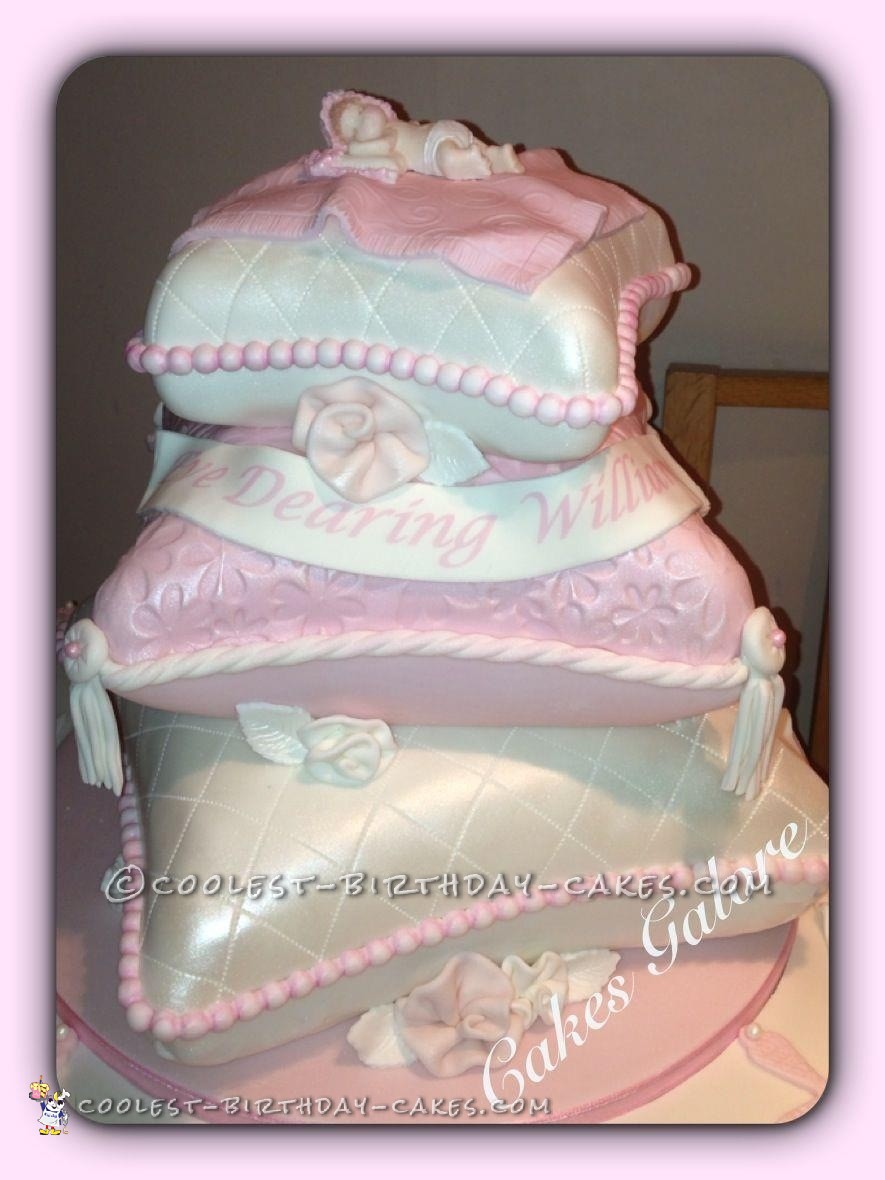 Cake decorating is a hobby for me, I’m a single mum with a son with autism and it was something I could do while my son was at school. I was getting a little bored with it and the run of the mill 8″ round cakes that everyone seemed to want. I would see fantastic creative sculptures on other cake makers Facebook pages and wish I had the skill to attempt something like that.


Then I got the chance. One of my close friend’s granddaughter was getting christened and she asked if I could make the cake, I asked what they wanted and she replied ‘do whatever you like’!   It was like music to my ears. She assured me that whatever it was she knew it would be fantastic and she had every faith in me. No pressure. Anyway I got to work drawing pics and trawling through other cake sites for inspiration and I kept coming across cushions, initially I dismissed them because I thought they were way beyond my skill level, I have never sculptured a cake before and wasn’t going to spend money on expensive tins. But they kept catching my eye. So I thought why not, I’m going to give it a go.


A bit risky experimenting with such an important cake but I like to challenge myself. I decided on 3 stacked cushions (how hard could it be) ! As the day drew closer I started to dream about cushions, then I would wake up in the middle of the night and to be able to get back to sleep thinking of how I was going to construct it, carve it, transport it. Should I transport and stack at the venue or do it at home then transport it, will it hold up to the journey, what if I couldn’t make it look like a cushion, was there something else I could make the cake into. I began to wish I had been less ambitious so the time arrived and I made the cakes 3 days before, butter creamed them then froze them as I had read that it was easier to carve frozen cakes.

Two days before I decided to carve the smallest first as if it all went wrong I still had two large cakes to do an emergency redesign on. I took it out the freezer and began to carve…. well I tried to carve but my knife had no chance of getting through a frozen solid cake so I had to leave it for half hour until it softened a little and then the work began. I’m not one for templates, I knew what a cushion looked like and had an idea of how I would achieve it so away I went. I felt I was carving all the cake away, chopping a bit here and there to try and even up each side, I thought ‘oh god there’s going to be no cake left in a minute’ but after about an hour I decided it was just right. Only another two to go.


Once they were all carved I then began to think about the fondant. How the hell am I going to get the fondant ‘under’ the cushion? 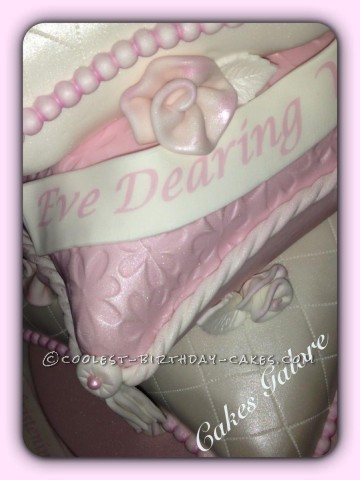 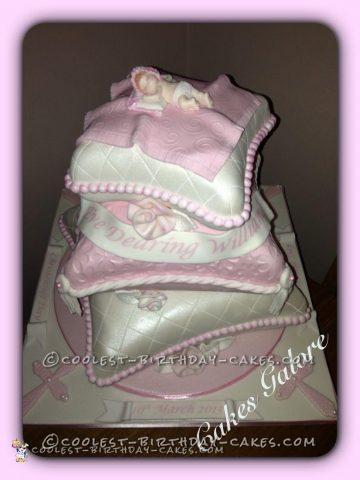