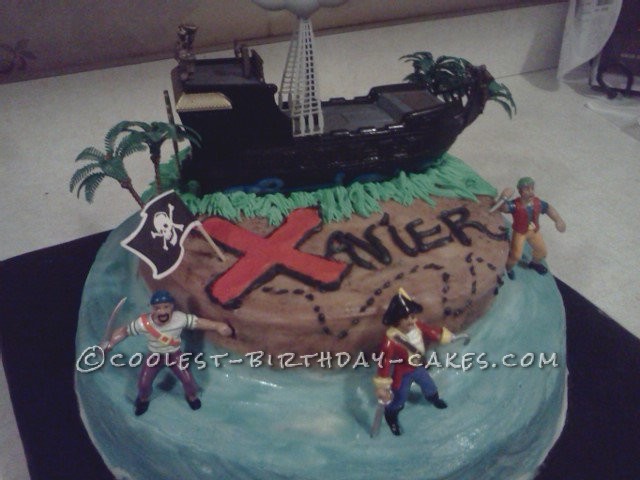 I don’t think my cake is going to win any prize, but it was the reason I made this cake that makes it the most special!

My cousin’s son, Xavier, was turning 5 years old. Being Autistic Xavier becomes fixated on things more than the average child, so when I learned he was obsessed with pirates and pirate ships I knew I had to do something special. I am not a fan of fondant but I love a pretty cake. I knew it’d be a challenge to find a happy medium, especially knowing how much might be required to come up with a cool pirate themed cake.

I jumped on eBay and found a cool bottle of Pirates of the Carribean bath bubbles that I knew would work great as a topper. Once I got the pirate ship, I found a little cake shop locally that had small pirate figures that would work “ok” with the ship.

Since his name is Xavier, I had the idea of using the “X” in his name as the “X” that marked the spot to the treasure! I spent so long trying to get the “water” to look cool, but alas, I just couldn’t do anything more to it without ruining it.  There’s no fondant or anything, all regular icing. It was a delicious chocolate cake. An outdoor party in middle August was tricky, but we kept it pretty cool with a homemade ice tent.

People were blown away by what I showed up with!  They were like, “WHO MADE THAT”?  “YOU MADE THAT?”  The cake was incredible but the most important thing for me was that Xavier was OBSESSED with his cake and loved it as much as I loved making it for him.  He is such a special kid! 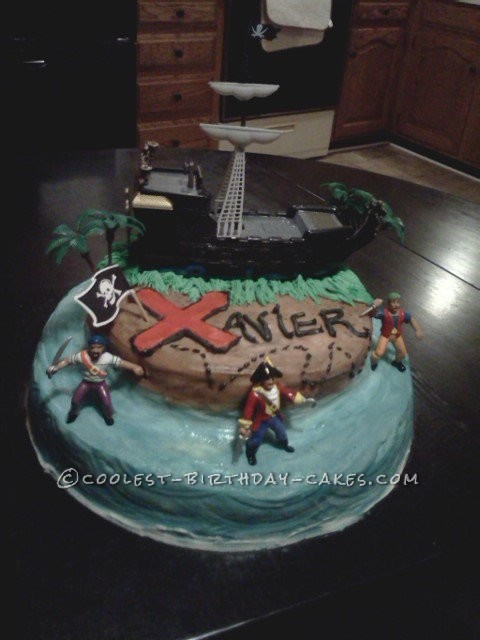 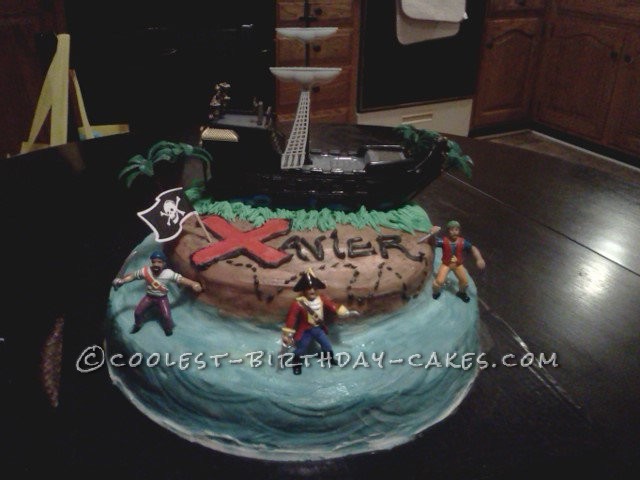