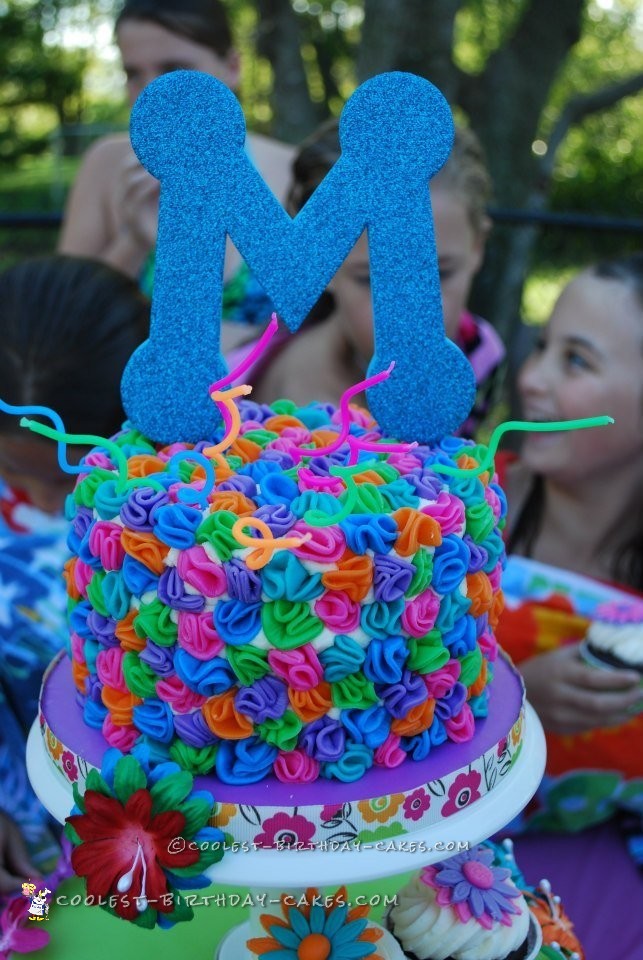 This was a Luau themed cupcake tower my friend and I did for her granddaughters 9th birthday.

The cake and cupcakes were a chocolate recipe I found online that was a boxed cake mix enhanced with additional ingredients. The buttercream recipe was off the Wilton website and the cookies were a vanilla sugar cookie also made with a Wilton recipe. The cake was three 6″ layers and was covered in buttercream. We then added ruffles we made from homemade marshmallow fondant by rolling the fondant to 1/8″ thick and cutting approximately 1 1/2″ circles. The circles were then pushed from the center and pinched to make a ruffle and dried overnight. Then we simply cut the pinched end off a bit and pushed them into the buttercream as close together as possible.

The topper was simply a foam “M” from the craft store. The flower toppers for the cupcakes were made from marshmallow fondant, and the cookies were also decorated with marshmallow fondant over a thin layer of buttercream. The girls all loved it. Hope you do too!! 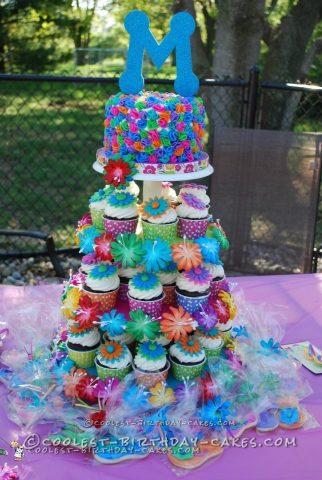 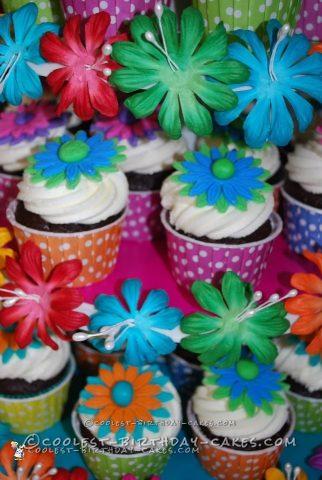 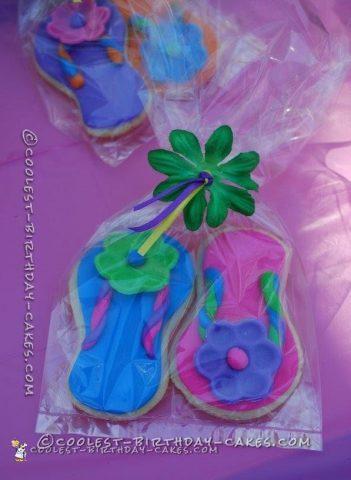