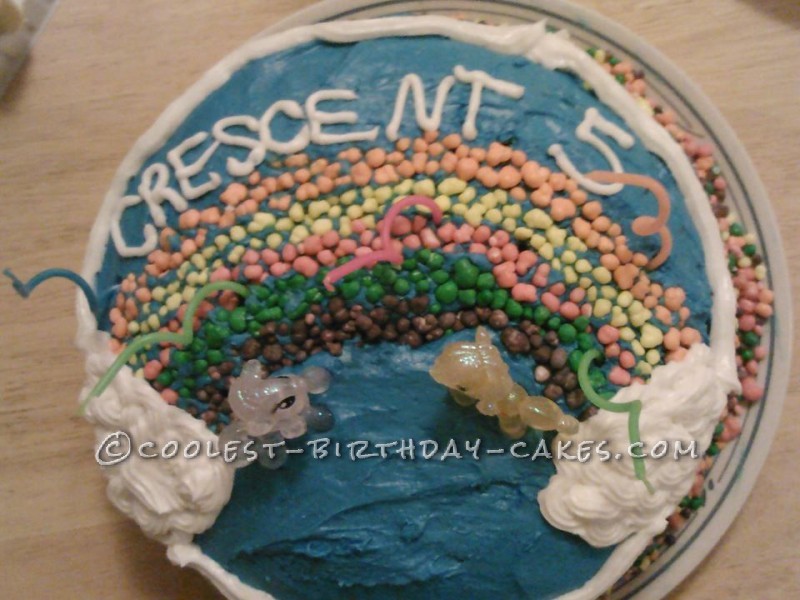 My Christmas baby now wanted a My Little Pony cake for her fifth birthday. I’m not the greatest cake maker but I have fun doing it. Here is a two layer chocolate cake. I decorated with blue blue icing and then I made white icing. And used a piping bag to make the clouds. The rainbow is made out of NERDS candies. I had planned on using the rainbow air heads extremes but I couldn’t find any where i lived and at Christmas time.

So I spent the hours sorting the silly little nerds candies into color groups and then I began to form the rainbow. That was the most time consuming but it was fun. Then I got two of the mystery packages of my little ponies and hoped that my daughter’s favorite rainbow dash was in one of them. Sadly we ended up with Apple Jack and Rareity but my daughter loved it still.

Also the candles give it just the perfect touch with their bright squiggley colors. And the nerds were also placed around the edges of the cake to make a sweet, tart ,crunch to a bit of your cake. Great for kids. Not sure how adults would like it though.