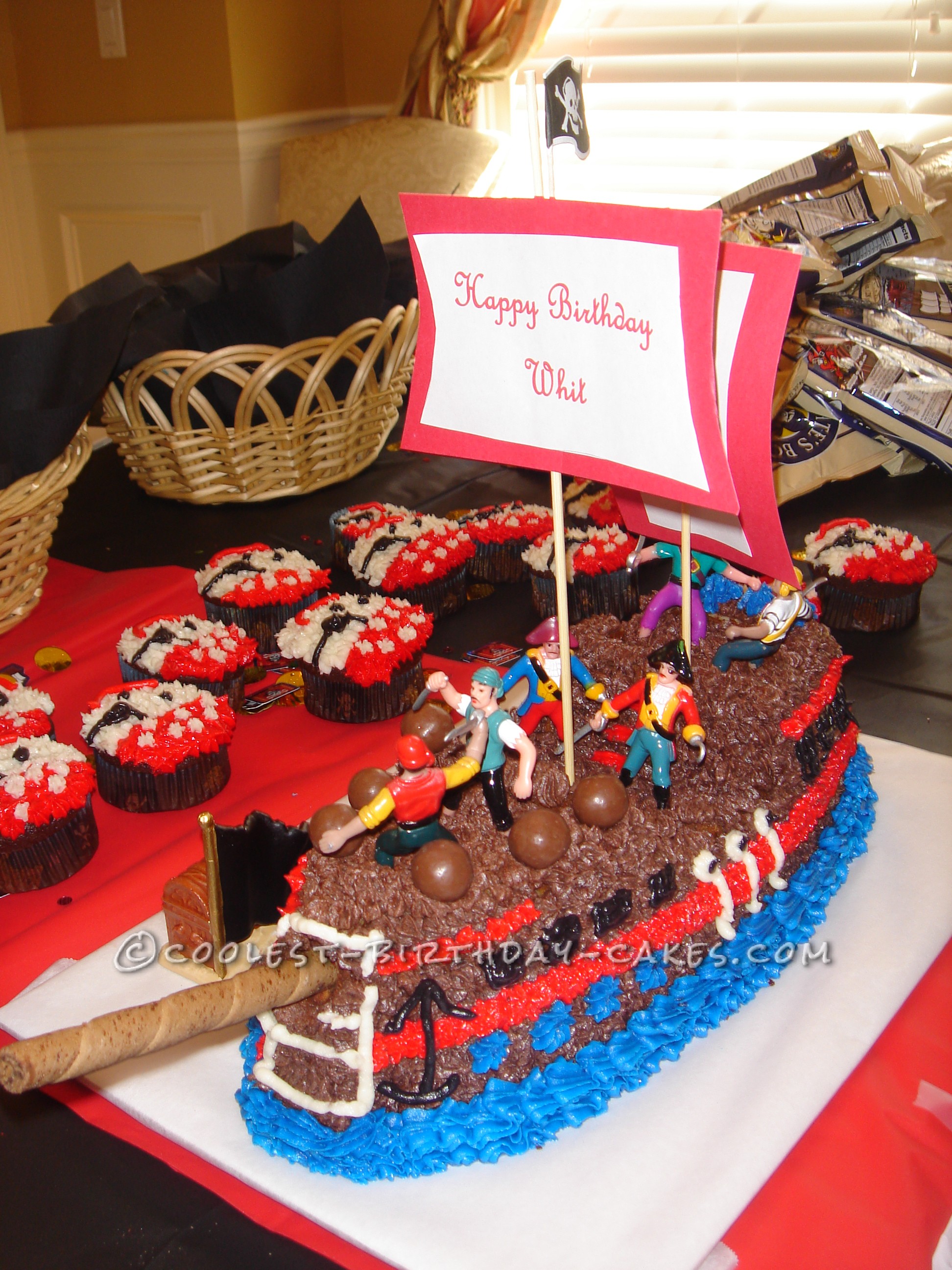 My son wanted a pirate theme for his 4th birthday party. I used a pirate ship cake mold for the base of the cake. I used a firm buttermilk white cake recipe from Better Homes New Cook Book to ensure that it popped out easily and stayed standing. I always use Crisco and flour too on the pan before pouring in the cake mix to make sure that it doesn’t stick.

For the cannon, I used a chocolate cookie that I bought at the grocery store. They come in a tin can. The cannon balls were Whoppers. I bought the pirates at a cake decorating store. These little guys became toys that my son still plays with a year later. I also made cupcakes that were pirates’ faces. They were pretty easy. I made a Rice Krispie treat version as well for my son’s class because there was an egg allergy in his class.