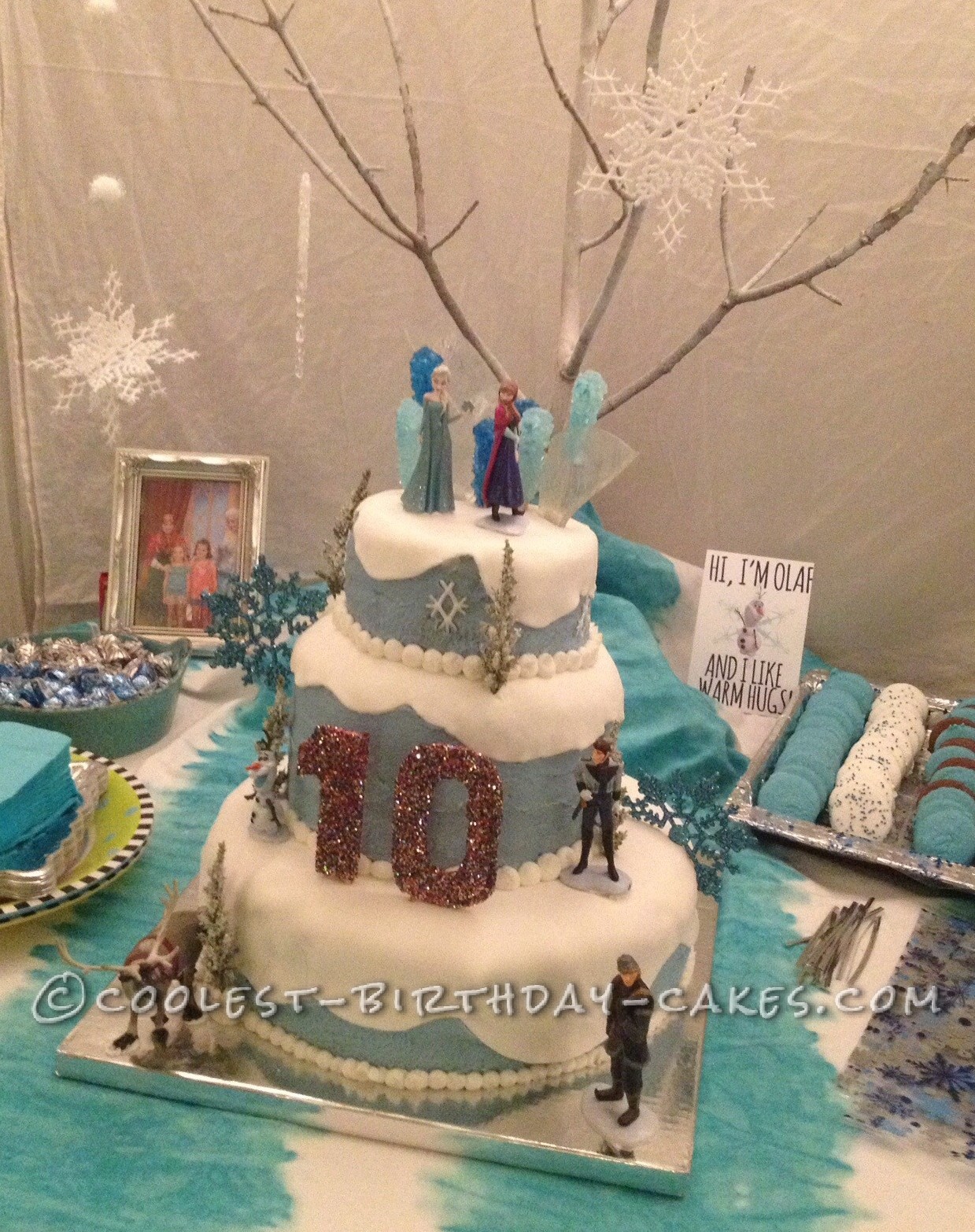 Every year for my twin girls’ birthday we pick a theme.  This year’s theme was from the very popular movie Frozen.

First we thought a lot about what was important and what went with the theme.  So, we chose character figurines from Toys R Us, which included all the characters from Anna, Elsa, to Hans, Sven, Kristoff and last, but not least… the favorite… Olaf.

After finding the theme we looked at many different ideas on Pinterest and decided to make a three layer cake with chocolate on the bottom, since in our family more people like chocolate.  We made a second layer of yellow cake.  I had some batter left from both, so we decided to make a third level of yellow and chocolate.  Also, the third level would be our center of attraction.

After baking the cakes, we put a crumb coat on them, wrapped them with foil and Saran Wrap and froze them for a week.  The day before the party I removed them from the freezer and let them thaw.  I then made homemade icing. Next, I put 2 dowel rods in the cake to support it after putting the cakes together . I then covered it completely with icing and let it dry. After it dried, I ever so lightly used a small paint roller (new of course) to make the icing smooth.

Next, I made a homemade fondant which I put over each layer to represent snow.  I bought and used fake snow to spray on fake trees and I also made homemade sugar candy for the top to represent the Elsa’s frozen home on top of the mountain of Arendelle. I also bought some rock candy to support the ice and to add a different effect.

Finally, I put icing on the bottoms of all the figurines, placed them on the cake and added all the little touches to finish the look I wanted. 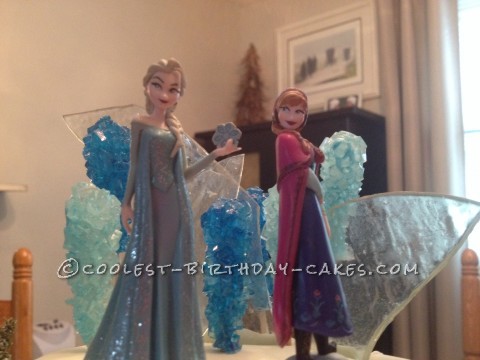 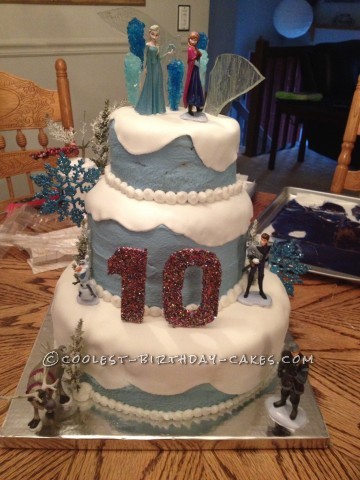 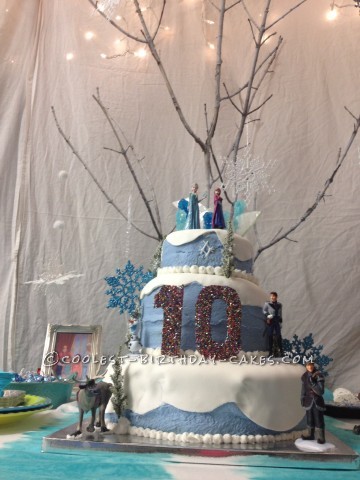 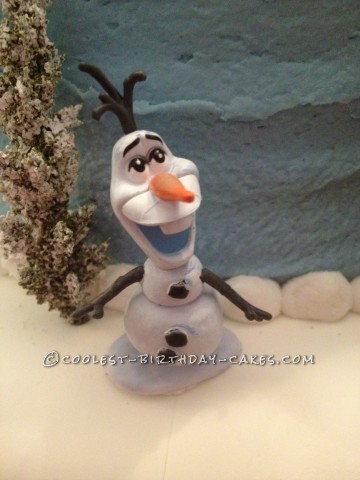 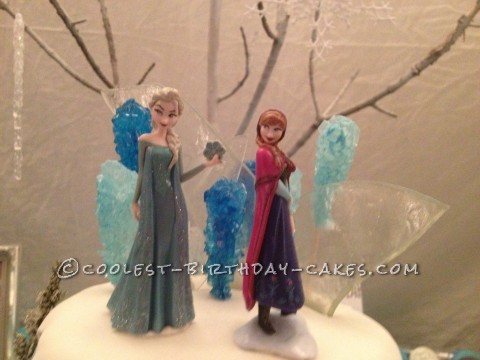 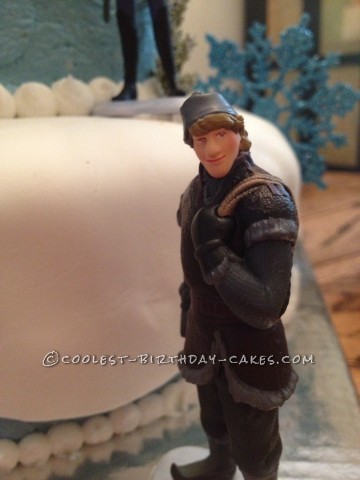 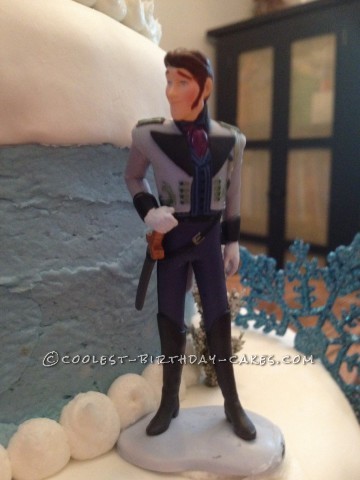 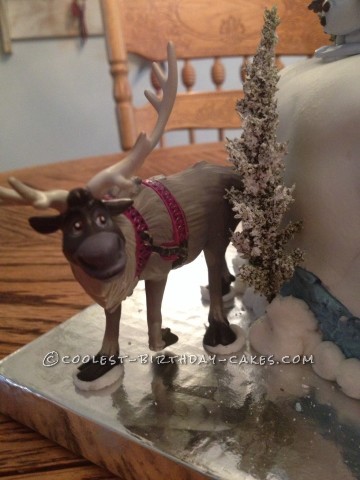 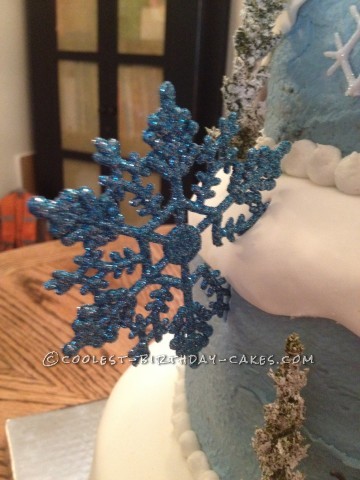