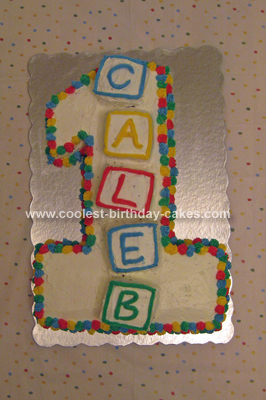 When my son turned 1 year old, I wanted to make him a special 1st Birthday Cake that featured the number 1. I baked a 12×18 sheet cake, then cut out the sides to make a big number one. I frosted the number one white using buttercream frosting, then took those cake pieces that I had cut out from the sides and cut them into five blocks.

I placed those blocks onto the frosted number one, then frosted them too. I edged each block with a color, then added a letter on top of each one. The final touch was to add a bit of color around the edges of the number one, which really made it stand out.

After we sang Happy Birthday to him, Caleb was given just the C block to eat for his special first piece of cake, which made for some cute pictures. 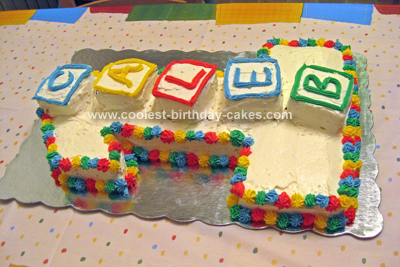