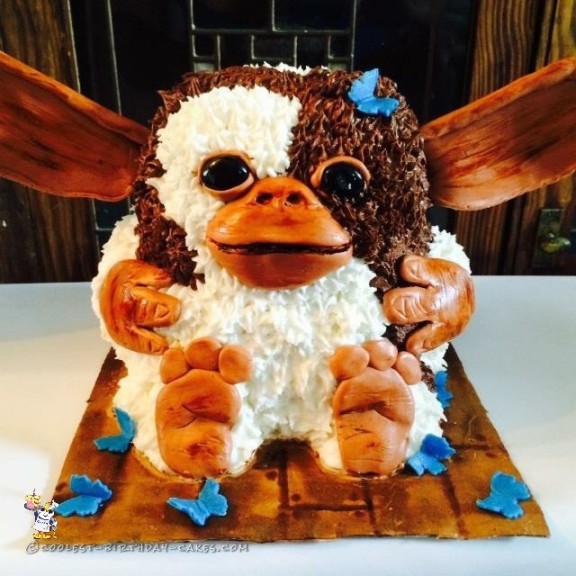 This Gizmo Gremlin cake was so much fun to make that I felt like a little kid again.

The most hilarious thing happened when my 9 year old daughter got home from school. All of a sudden I heard her scream from the kitchen “Mom there’s a Gremlin in our refrigerator and he’s eyeballing me.”