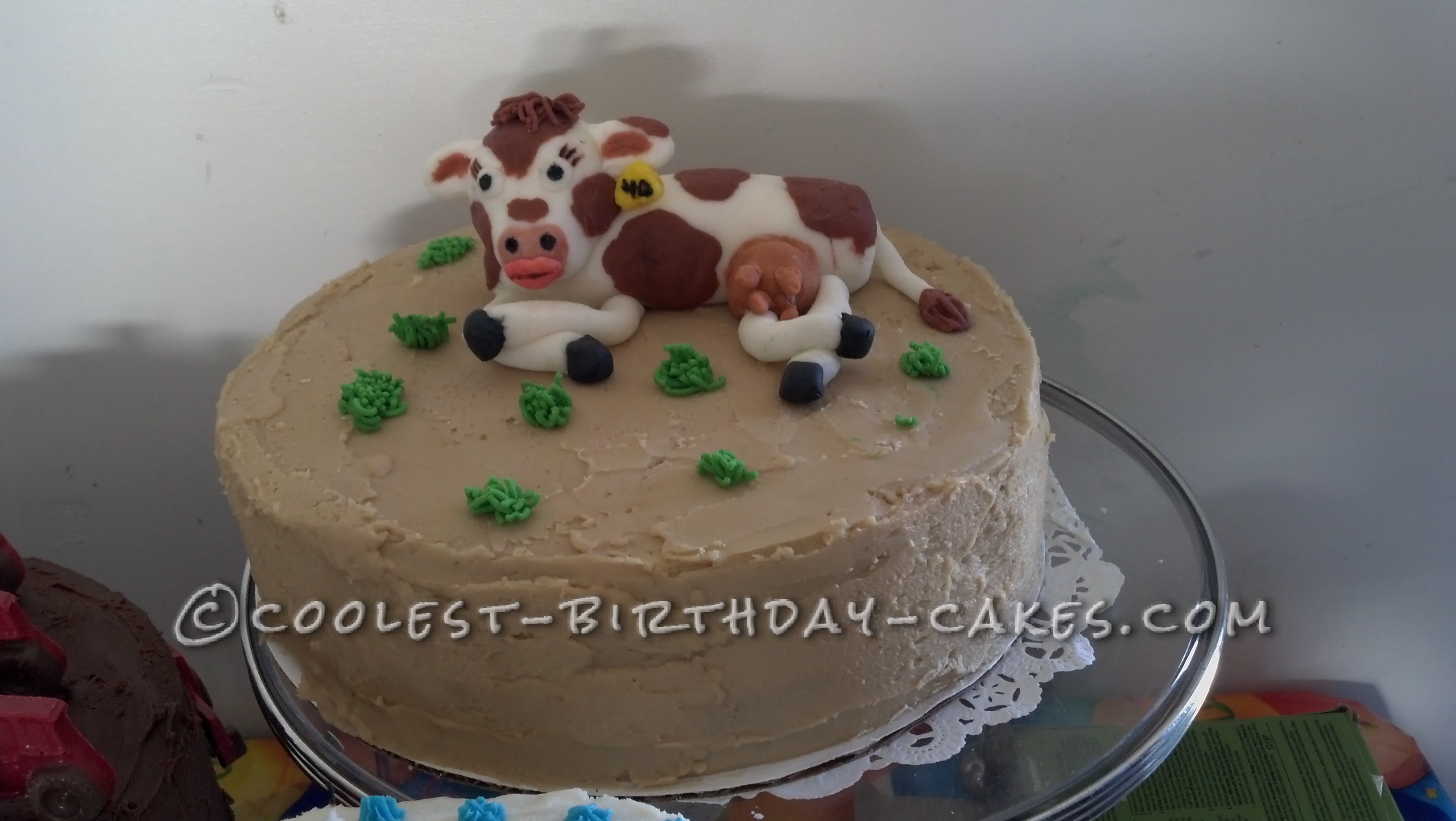 I had a surprise birthday party for my husband’s 40th.  He is a farmer and loves his red and white Holstines!  I always joke that he has 54 girlfriends so I decided to make him a rated G sexy cow for the top of his cow birthday cake. One of his favorite cakes is banana cake with caramel frosting so I thought it would be a perfect fit for the cow.

I made my fondant a couple days in advance and played with a few ideas before the cow just fell into place and became final. I gave her the ear tag of 40 which I thought was fitting for his 40th, and I pressed some fondant through my garlic press to create the grass.  I do have to say that getting the fondant tinted the color I wanted it was the most difficult along with doing this without him or the kids seeing and finding out something was up!

About 100 people came to the party and the cow was a great hit and created a few chuckles!  The kids thought it was great and when could they eat it, I told them the only way they could eat it was if I wasn’t watching.