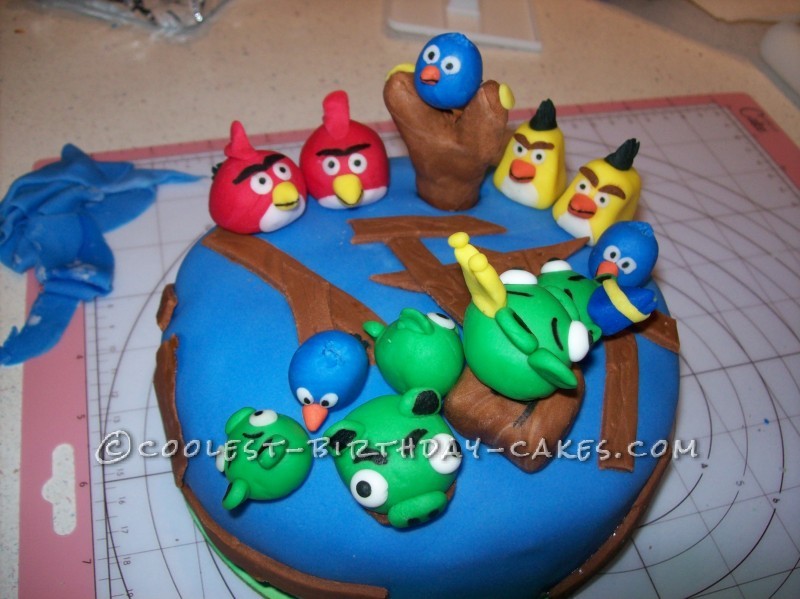 My friend wanted to combine her sons birthday into one day but each boy to have his own special cake. One wanted Mario and the other Angry Birds. I really didn’t think that I could do either, but told her I would try. I sat down with regular store bought fondant and started sculpting. I sent many pictures to my son who loves the animated world and he would give me little suggestions. He also brought to my attention how the yellow birds look like Bert on Sesame Street. It was hard as the cakes were so small, so the toppers are probably too big but it worked out.

When my friend saw them she was just thrilled and so were her boys. Not too much cake and plenty of personality for each cake and each boy. Even though she had combined their birthdays each one felt that theirs was special with their own personal favorite cakes. They were thrilled and loved taking the pieces off and eating them. Success. I make their cakes every year for the last 5 years. 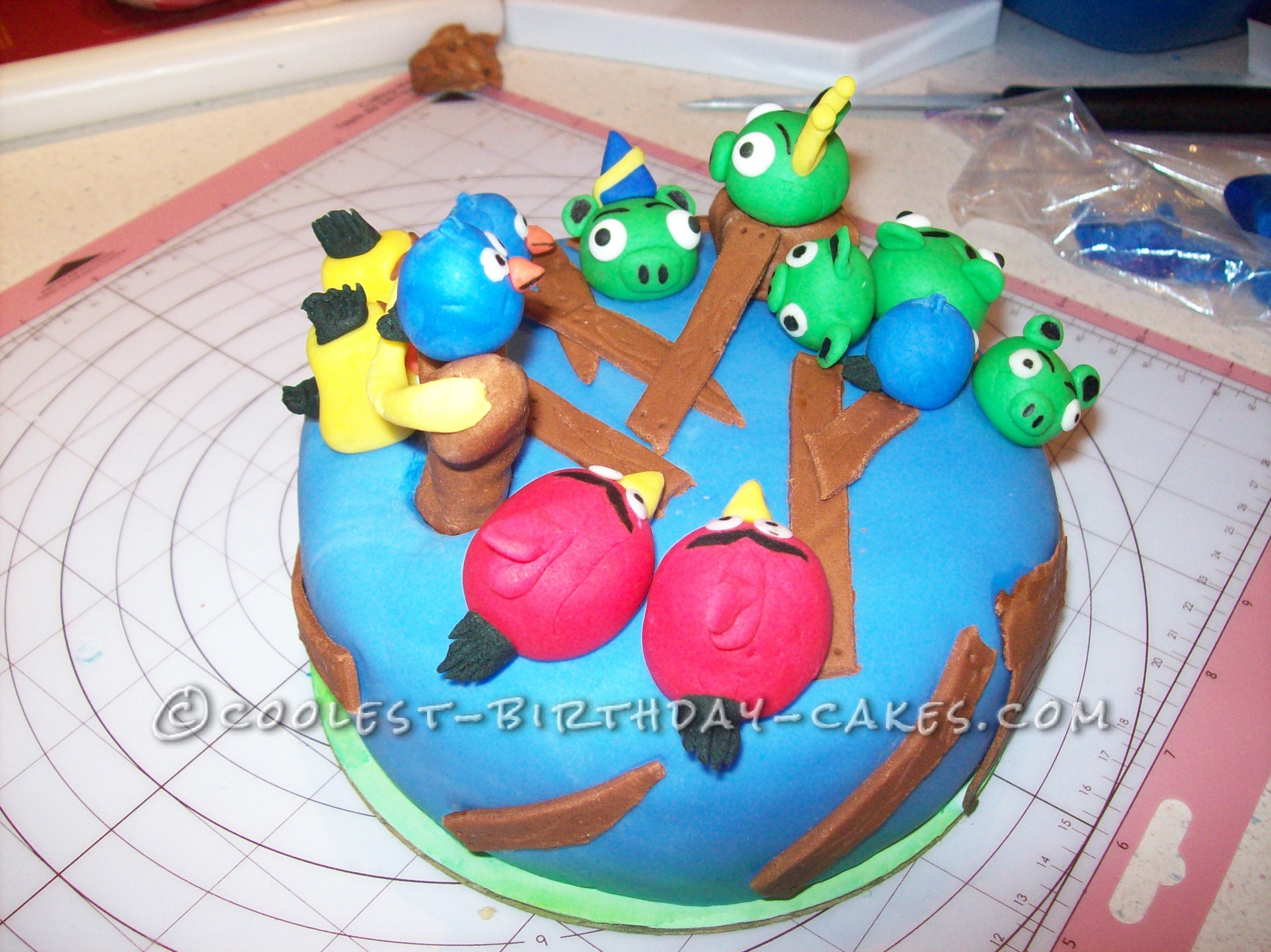