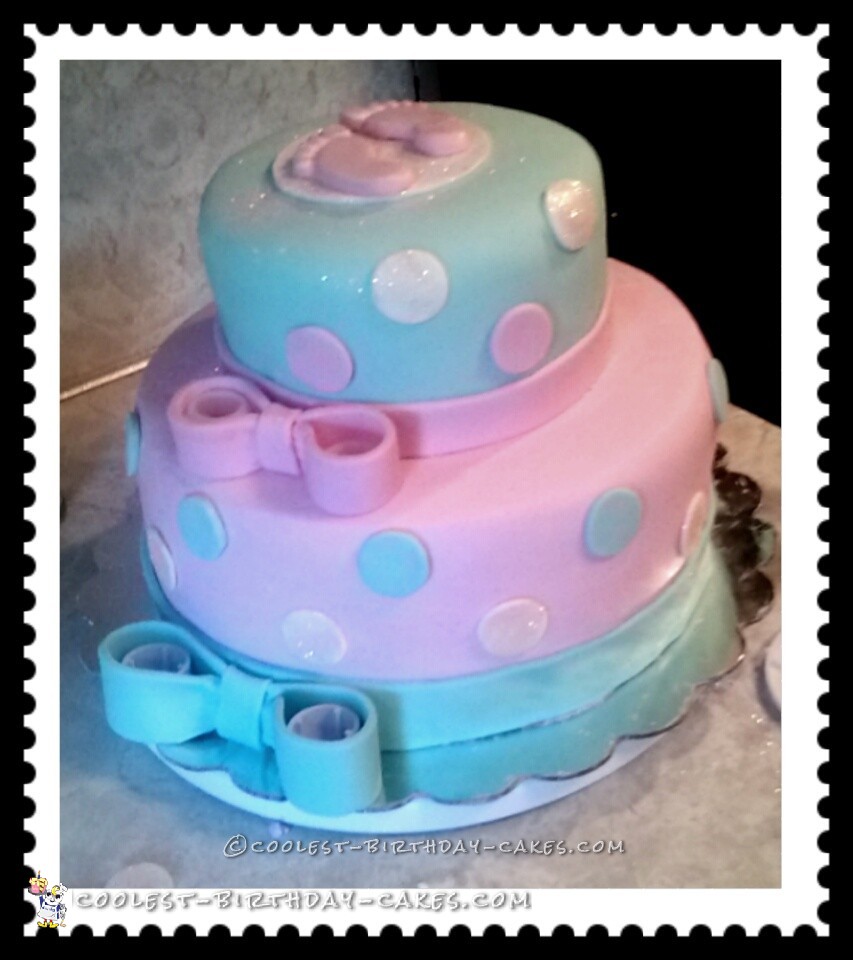 I made this girl baby shower cake for a good friend’s daughter’s baby shower. I’m still fairly new at cake decorating, I have probably less than 10 cakes under my belt.

How I Made This Girl Baby Shower Cake

This cake ended up being my best work so far. It tasted great and no one was the wiser. If people only knew what me and that poor cake had been through. LOL!