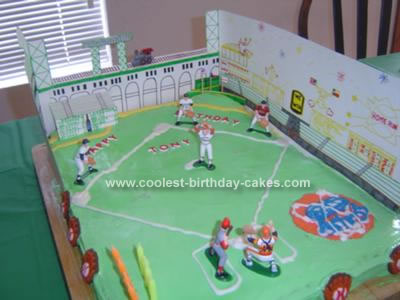 The cake was a flat pan cake out of a regular box mix from the store, German chocolate if memory serves me right. The icing was regular icing with food coloring added. The gloves and name were edible Crunchies bought at the store.

This homemade Astros birthday cake is a combination stadium, left half is Minute Maid Park and the right half is the Astrodome, complete with scoreboard. The stadium and scoreboards were constructed with regular card stock and scotch tape, and decorated in pencil first and then re-traced in markers. They were drawn from looking at a set of photos readily found on the internet.

The players were the regular stock baseball figures that can be found at any party store for the last 40 years. They were hand painted (by me) to represent Astros players through the ages. 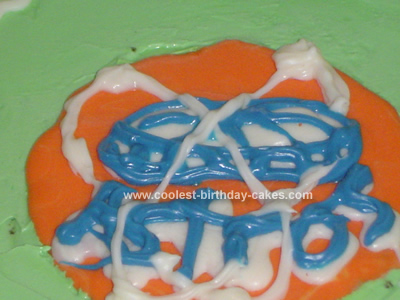 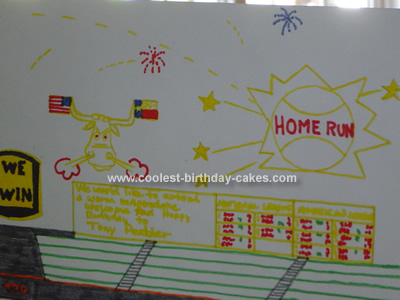 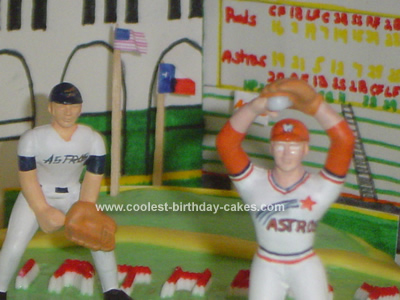