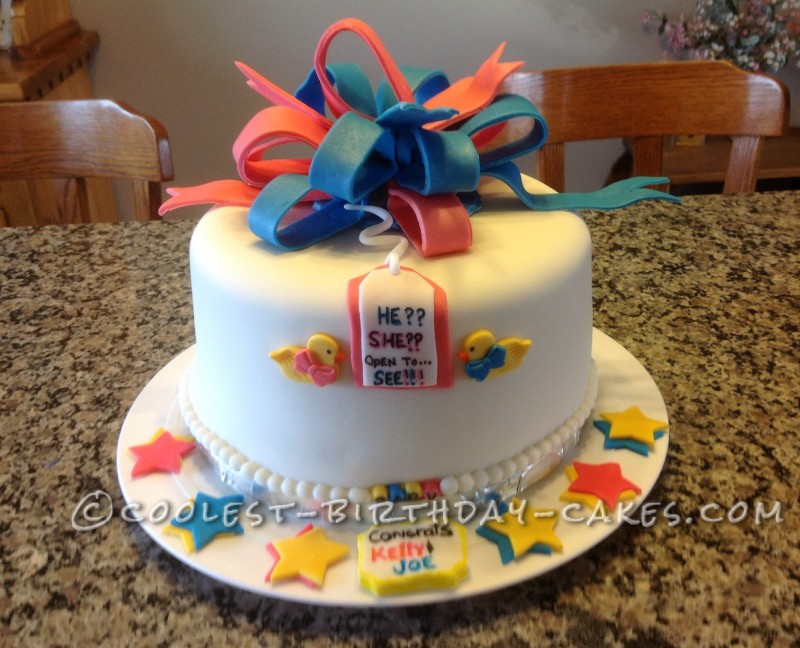 My friend proceeded to tell me what it’s all about and begged me to do it. I finally gave in and said, “Ok, “but I was really nervous about doing it…. WHAT if it didn’t turn out OR what if they didn’t like it!!!

I didn’t realize when I said, “ok” that the new parents-to-be wouldn’t  know the gender of the baby till they cut the cake and saw the color of cake!  HOW COOL IS THAT!?!

After I cut the tag and ducks out , I let them dry in the pan that I would be baking the cake in. That way they would be the correct shape for the cake when they dried. The nice thing about fondant gum paste details is you can make them well in advance because they keep a long time.

I actually really enjoyed making this cake. It was a lot of fun! 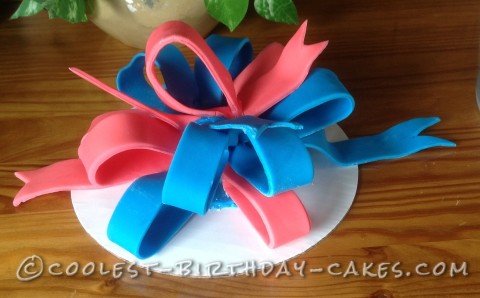 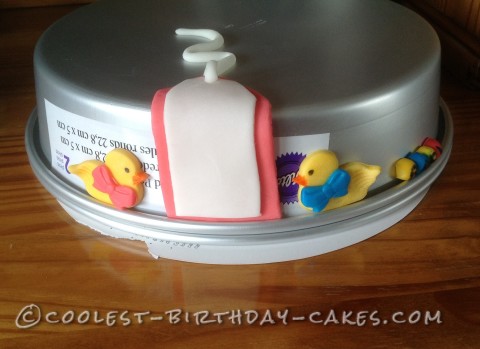 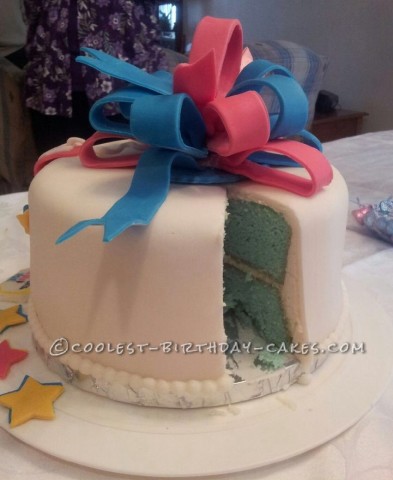