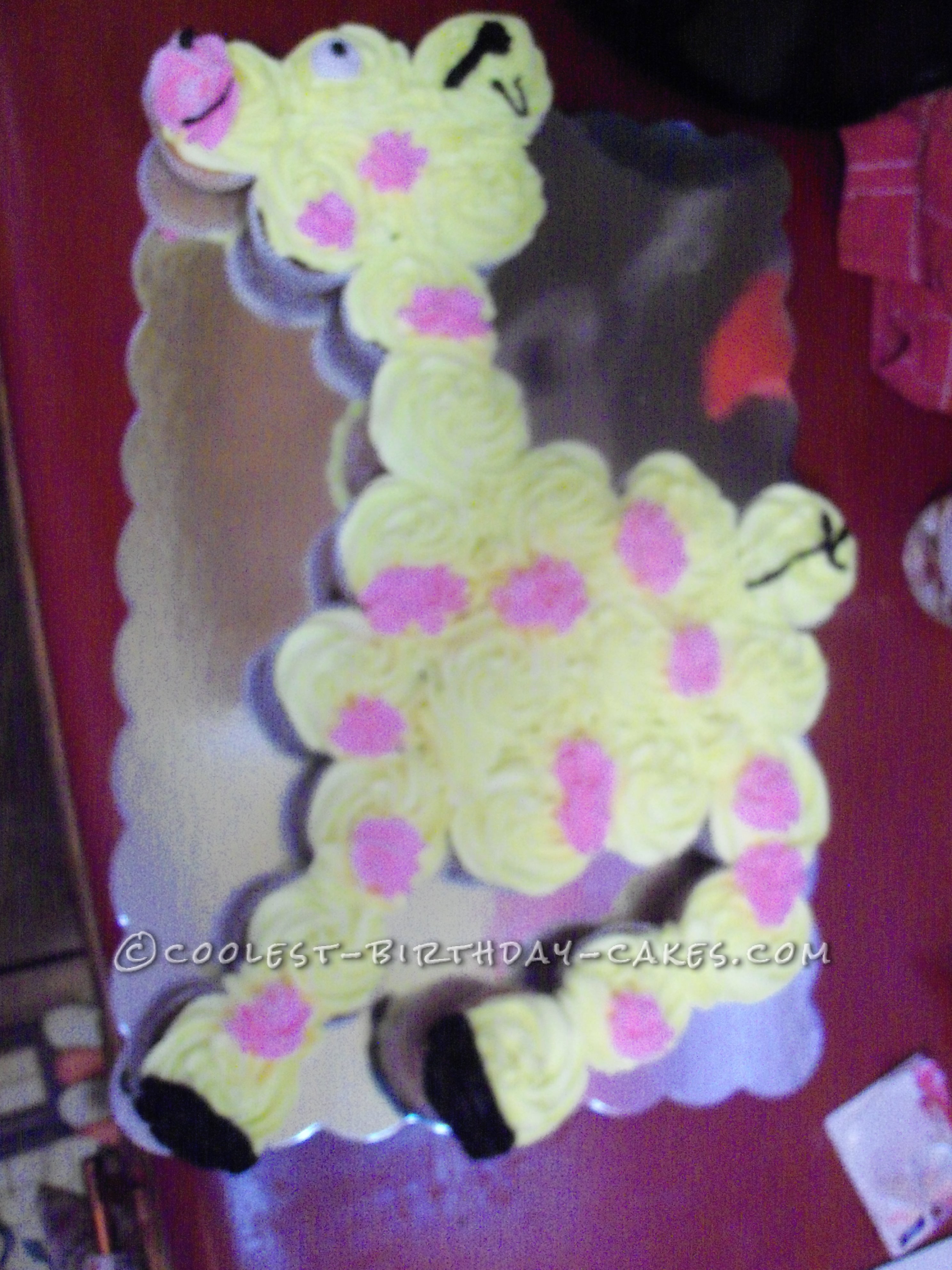 I made this baby giraffe cupcake cake for a friend’s baby shower. She is having a girl so I made the giraffe yellow with pink spots. This idea was taken from an idea that I got from another website. I am not sure of the exact person or I would site their name. The cupcakes are made from an enhanced cake mix recipe. I always use pudding in my cake mixes to help keep the cake nice and moist.

The giraffe is made from 24 vanilla and chocolate cupcakes. I used yellow, pink, black, and white butter cream to ice the cupcakes. Before I iced the cupcakes, I laid out my cupcakes on the cake board so that I new exactly where I wanted to put the cupcakes. Once I got my layout the way I wanted it, I took each cupcake and put just a small dab of icing on the bottom to act like “glue” so the cupcakes wouldn’t move. Then I went to work decorating. This creation was so easy and didn’t take much time at. In fact, it took longer to make the cupcakes and icing than it did to decorate it.

Since they needed so many cupcakes, I also made cupcakes for a cupcake stand with brown and pink homemade butter cream with large confetti sprinkles. These cupcakes were filled with fresh raspberries and raspberry jam filling.  This was the first time I have ever tried to fill cupcakes.  It was a lot harder than I thought it would be.  At first the filling was to thin and kept running straight through my piping bag.  The second time it was a little to thick.  I am not sure if I will try my hand at filling cupcakes again, but they were super yummy! 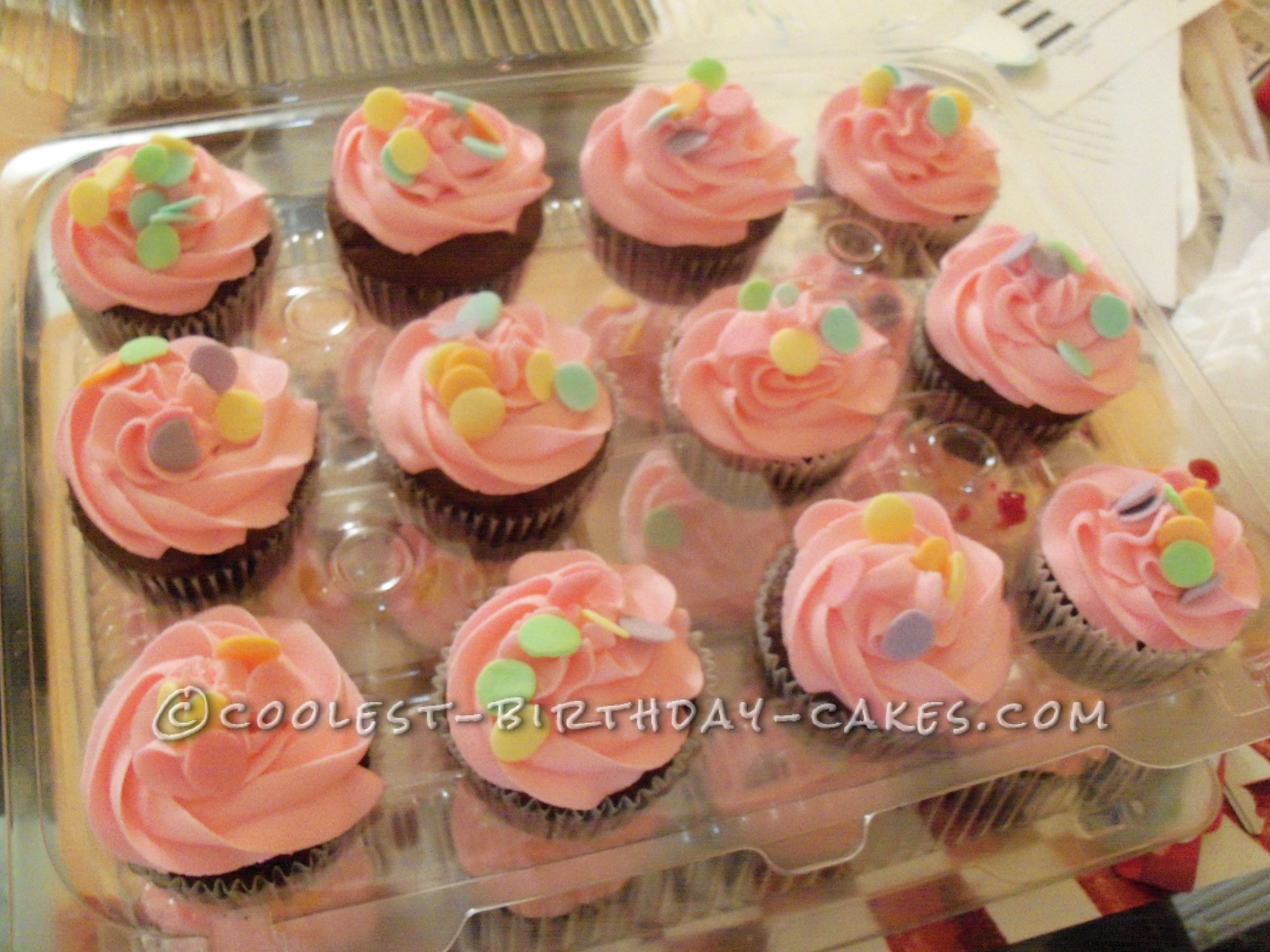