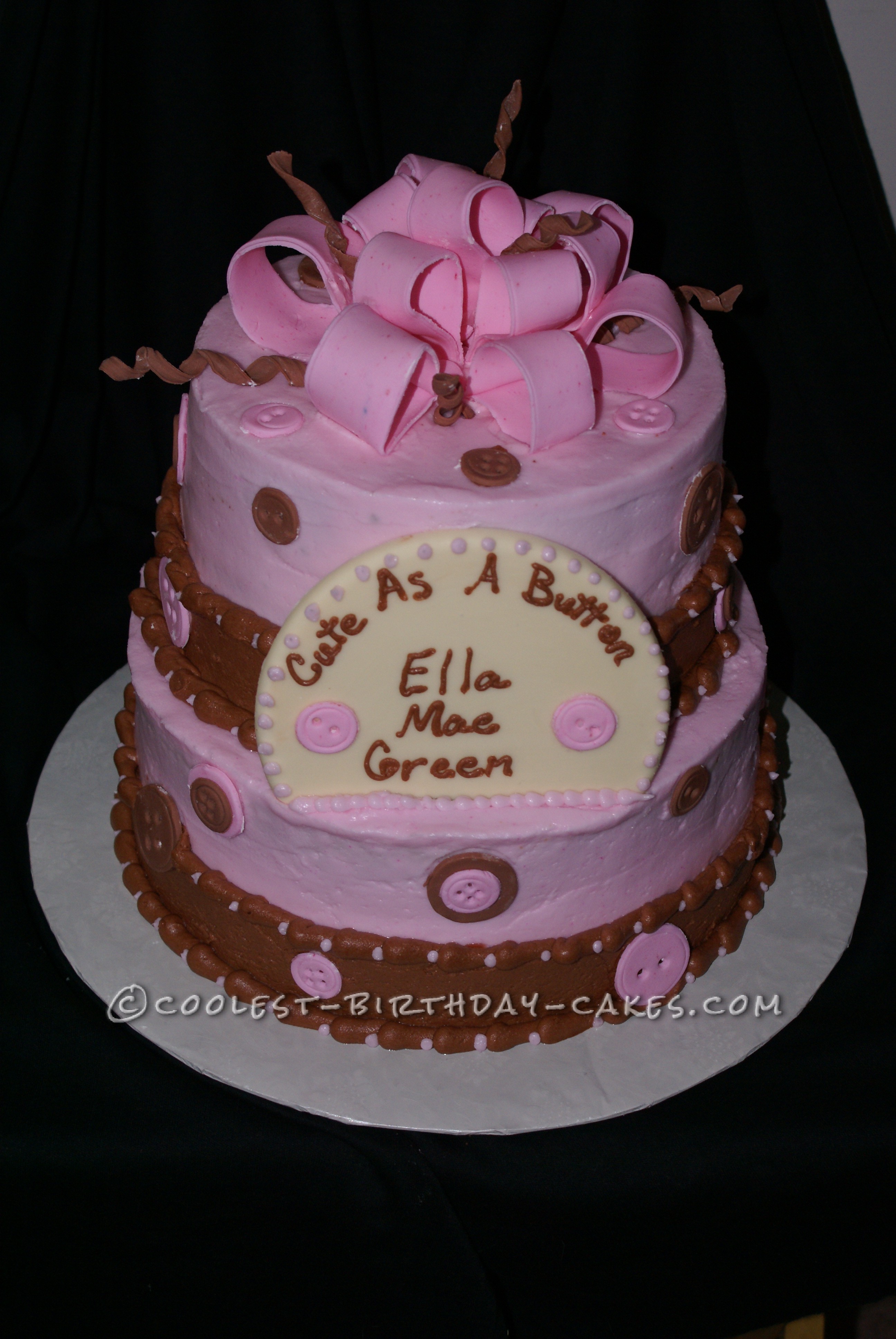 Cute As A Button baby shower cake was made with chocolate top tier and white cake on the bottom tier. The cake is butter cream, the fondant accents and white chocolate large button on front. I used a medium tip and cut out the buttons then a small tip to cut out the inside part of the button since they don’t make cutters that small.

This cake was make for a baby shower and I was told that it was a huge hit and everyone wanted to know who made it. It was a lot of fun to explore different ideas when making this cake.